Plenty of pro riders have uploaded their Road World Championship rides to Strava, and here we delve into some of their efforts to see what it takes to ride with the best...
by Jack Sexty

If you follow any world class pro riders on Strava, you might have noticed quite a few rather impressive 'morning rides' pop up on Sunday and Monday from a gang of cyclists based in Austria... you may have guessed already but it was in fact data from the UCI Road World Championships, and we've counted 48 riders who have uploaded their rides from the brutal course so far.

Of the front bunch who duked it out for the title both Romain Bardet and Mike Woods in second and third respectively uploaded their rides; however some of the most mind-boggling stats come courtesy of the domestiques who didn't even finish the race, one of these being GB's Connor Swift... 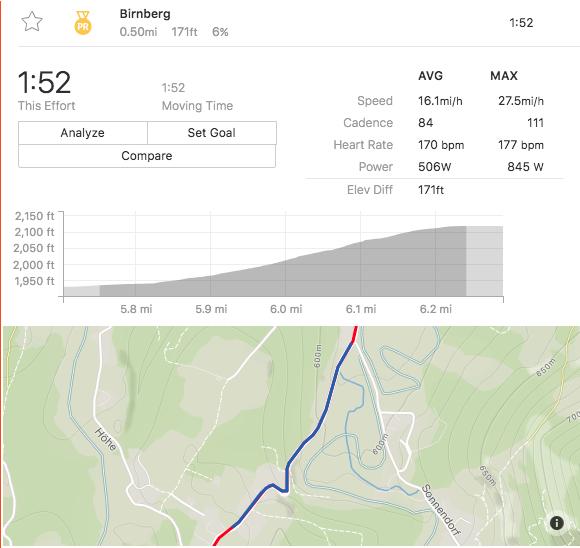 The national road champion, currently with Dimension Data as a stagiaire but formerly of Madison-Genesis, had the job of pushing the pace and doing plenty of the legwork for the British team, which meant some monster efforts early on in the race in an attempt to split the field; for his full 5 hours and 43 minutes in the saddle (he ended his race a few laps short when his work was done), Swift averaged 318 watts.
The Birnberg section shown above was tackled with an average power of 506 watts, and that was after roughly ten miles of consistently hitting 400 watts plus, topping out at 1,136 watts on the WRR1 section. 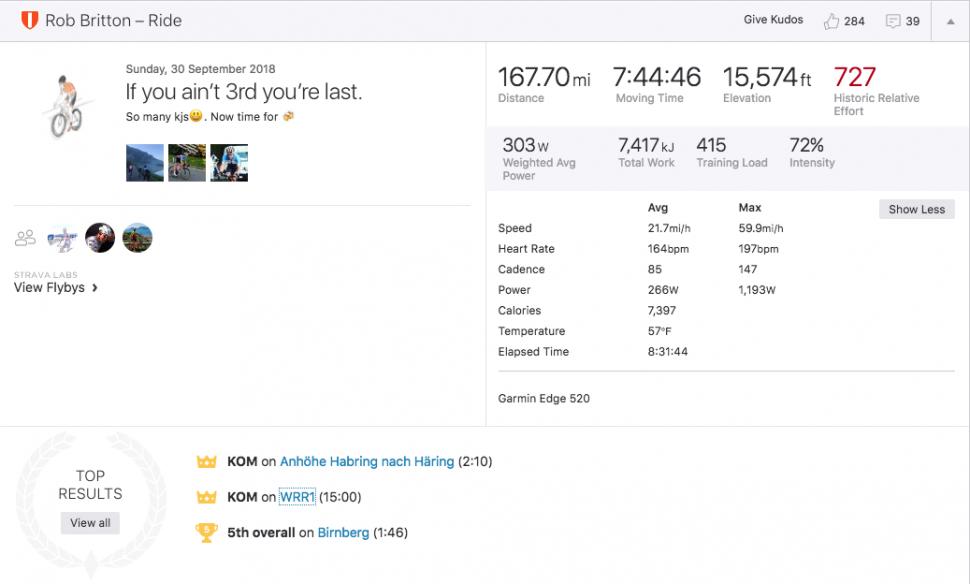 The rider who took the KOM for the 7.1 mile WRR1 section, Canadian Rob Britton, actually finished in last place overall, but recorded some incredible numbers in his efforts to help teammate Mike Woods to a podium position, riding off the front for large portions of the race before bravely crossing the finish line completely spent; his total ride of nearly eight hours in length, tellingly titled 'If you ain't third you're last' saw him record a weighted average power of 304 watts, burn 7,347 calories and be awarded a 'historic' relative effort of 727. His KOM time of 15:00 on WRR1 saw his average power at 395 watts, huge numbers during such a long and brutal race. 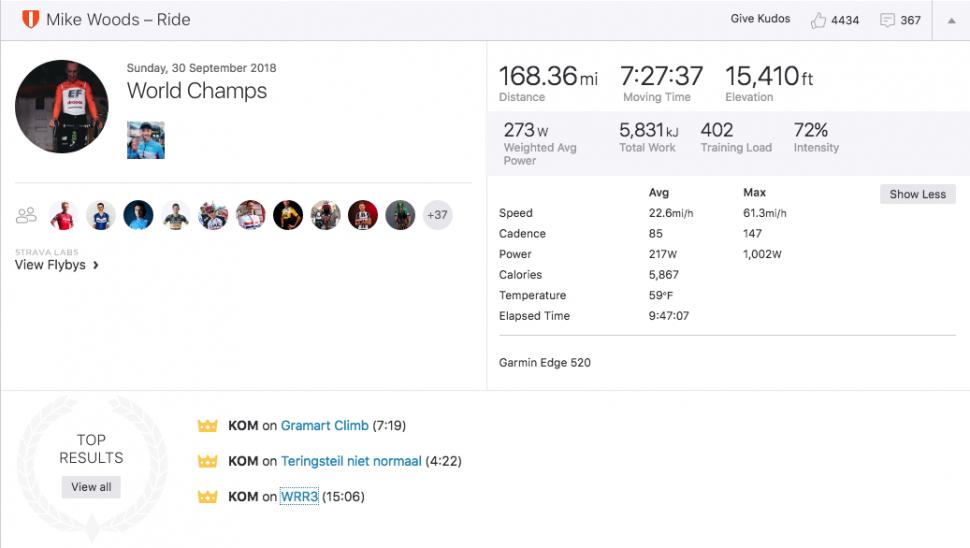 Mike Woods' KOMs came later in the day when he'd broken away from the bunch with Bardet and Valverde. Though his average normalised power for the whole ride was 273 watts thanks to the help from teammates earlier on in the race, Woods put out a huge 411 watts on the 13% Gramart Climb section. To put Woods' ride into context in terms of power-to-weight, his best 20 minute power according to Strava's power curve was 5.17w/kg, during a seven and a half hour ride. Of the two riders who finished above Woods there was no Strava upload from the champ Alejandro Valverde, although second-placed Romain Bardet uploaded his epic ride minus any power data.

Other rides of note were 'Pedal Turner', aka Latvian Toms Skujiņš, who simply called his upload 'Little group ride in Austria', and Australian Jack Haig, who bagged three KOMs including one 90 second effort at 516 watts with an average heart rate of 186 bpm.

If you want to check out all the pro rider uploads from the worlds on Strava, just click on one of the links above and you'll find a list of all the others who uploaded theirs underneath the title. How do you compare?