This is the Merida Reacto KOM that Bahrain-Merida’s Vincenzo Nibali is racing on in this year’s Tour de France. We had the chance to check it out prior to the Grand Depart, although at that stage Merida hadn't released details of Nibali's special build. 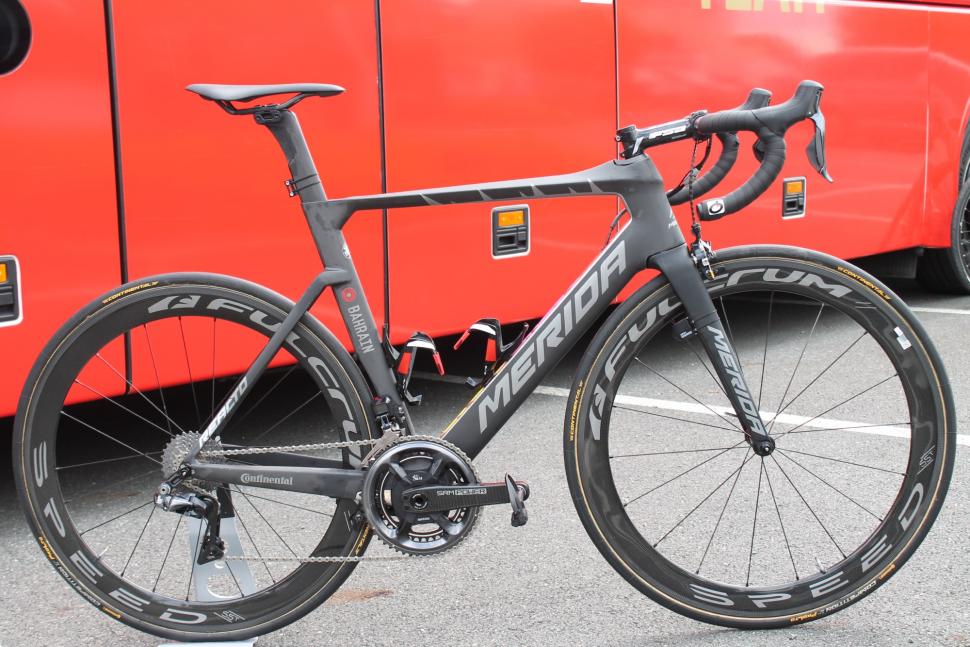 There are advantages in choosing an aero road bike over a lightweight road bike in the majority of circumstances – the exception being on steeper climbs – but in an ideal world you’d have a bike that’s both aerodynamically efficient and lightweight so Merida has been busy shaving the grams off Nibali’s bike and come up with the 6.8kg Reacto KOM – KOM as in King of the Mountains, of course.

Read our review of the Merida Reacto Disc Team-E here.

How has it done this? Merida says that it has used a standard lay-up for the frame, but with the lightest possible carbon strains chosen and integrated into the various segments. 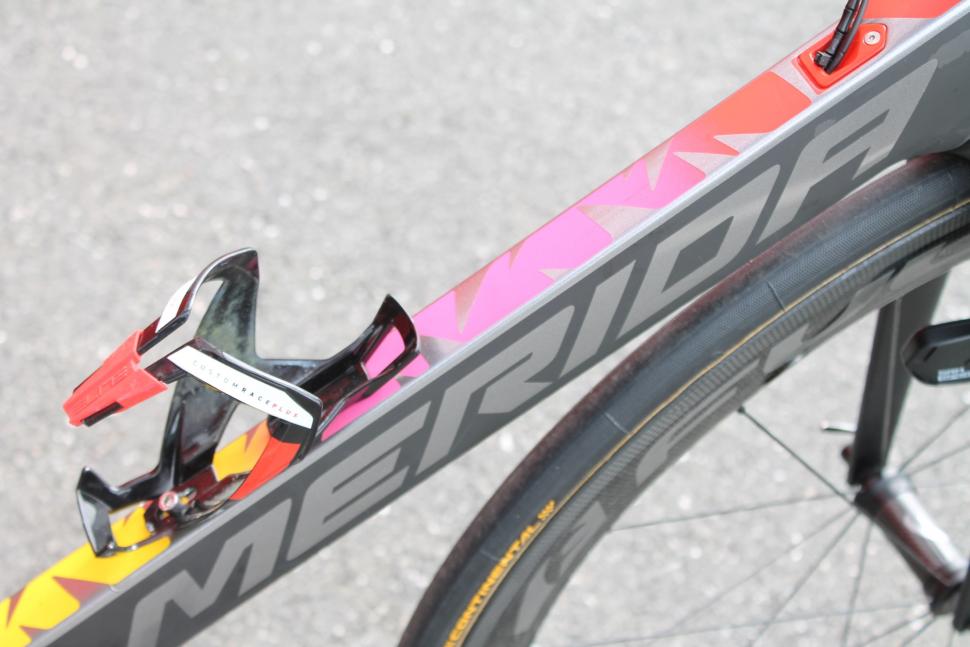 Merida has saved weight on the finish. The down tube features the colours of the leader’s jerseys of the three Grand Tours – France, Italy and Spain – all of which Nibali has won. The silver ‘fins’ in the design are a reference to Nibali’s nickname, ‘The Shark of Messina’ – Messina being a Sicilian city. 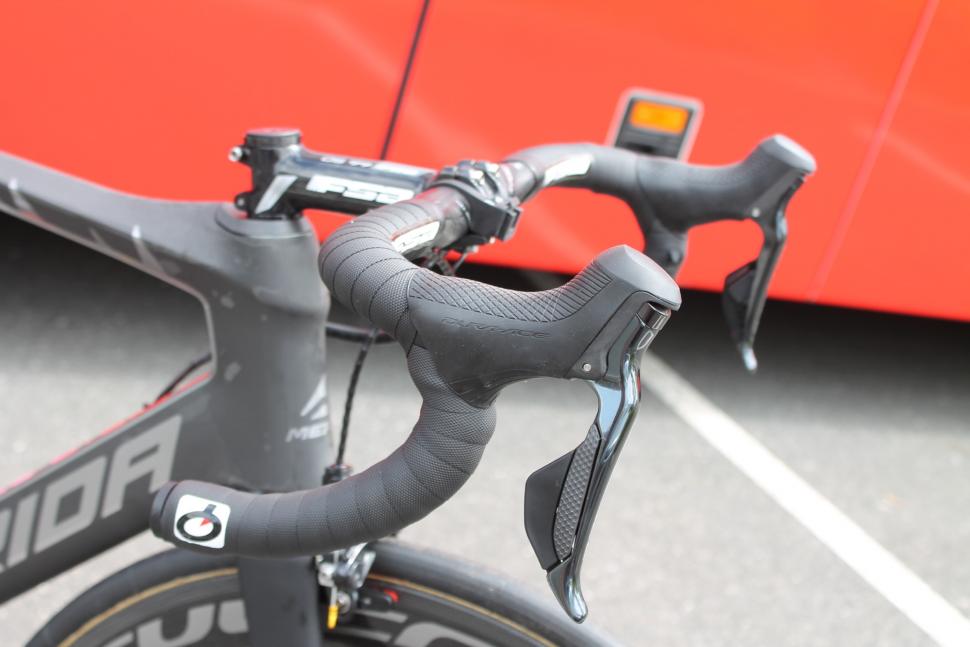 Nibali goes for a separate handlebar and stem from FSA rather than a single-piece Vision Metron 5D system that some other team-members are using. The wheels are Fulcrum Speed 55Ts fitted with Continental ProLtd tubular tyres in a 25mm width. Nibali is using titanium quick-release skewers to save a few grams. Those levers are about as skinny as you'll ever see. 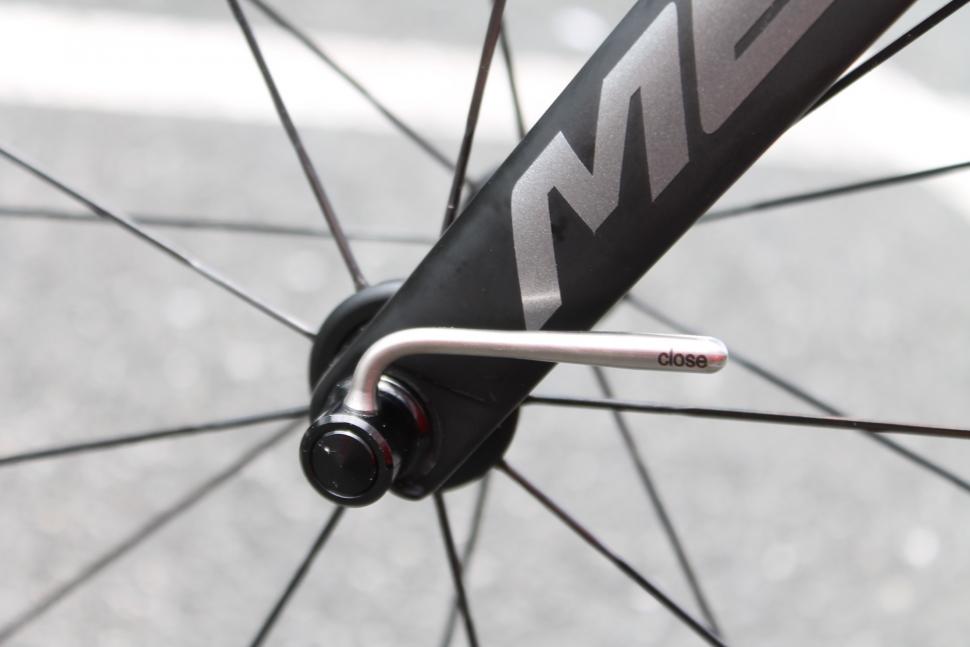 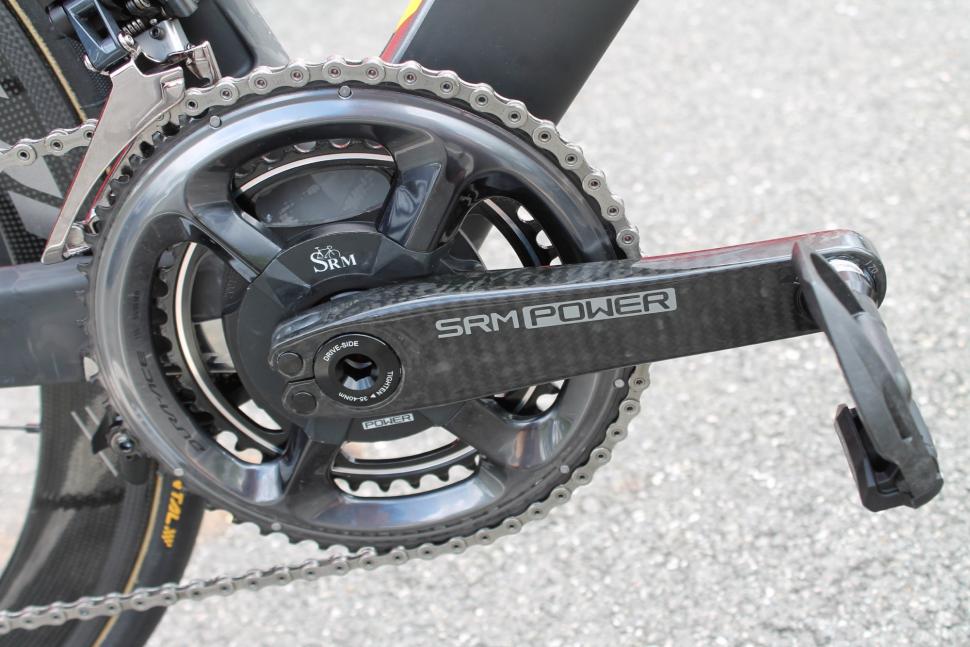 The aluminium brake cable outers look like they’re from Jagwire. They’re lighter than either coiled steel or Kevlar outers. Nibali’s saddle isn’t from team sponsor Prologo, hence the lack of logos. This is an Antares 00 from Fizik, a brand he has been using for years, with carbon braided rails (he was using an unbranded Fizik Antares when he was on Specialized-sponsored Astana back in 2016, for example). It has a claimed weight of just 140g.