If you want to go faster you need to ditch the chain and gears? We talk to the man on a mission to eliminate friction from your ride in the quest for ultimate performance
by David Arthur @davearthur

Who needs a chain? CeramicSpeed doesn't think so, as it used Eurobike to show off its Driven 13-speed pinion drive shaft concept which swaps derailleurs and chains for a drive shaft that it claims provides 49% less friction with a near 99% efficient drivetrain.

We popped a camera in front of Jason Smith, Chief Technology Officer and founder of Friction Facts, who is based out of Boulder in the US and has headed up this project.

Ceramic Speed is obsessed with maximising drivetrain efficiency, previously through its work with lubes and coated chains. Driven is an attempt to reach the holy grail of a completely efficiency drivetrain. A modern drivetrain is in the region of 90-98% efficient, depending on the conditions of the drivetrain.

Air resistance is the biggest obstacle to going fast, which is why lots of manufacturers have been working on aero bikes, wheels, helmets and clothing. But mechanical drag - friction in the drivetrain - contributes a very small part to the overall drag you face as a cyclist and still leaves a marginal area of potential improvement. 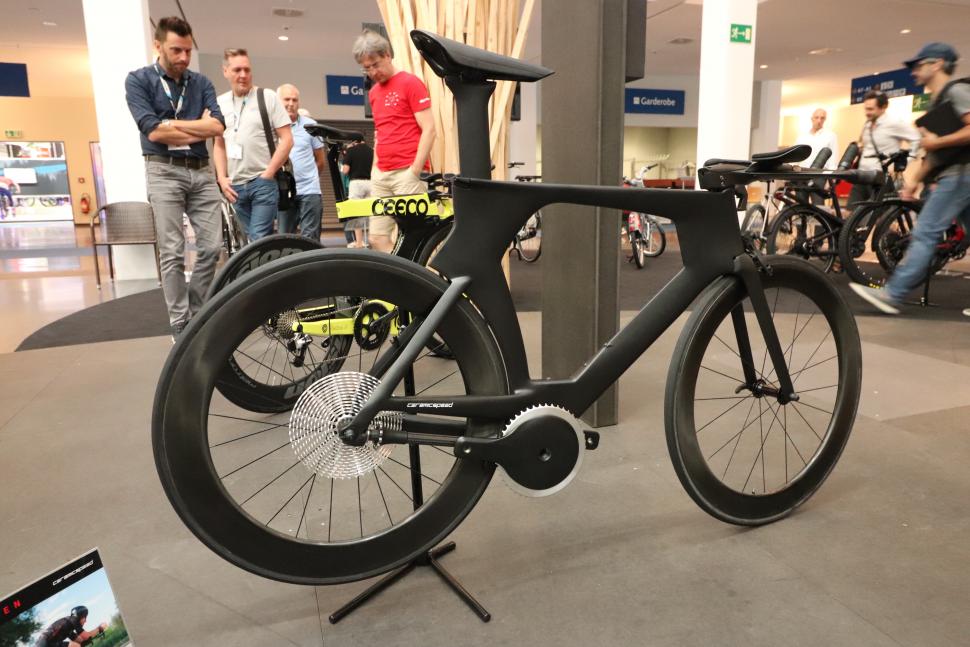 And it’s this small margin that Danish company CeramicSpeed is chasing. It claims the Driven concept is 99% efficient, with 49% less friction than a regular groupset.

How is it so efficient?

It’s all about reducing the points of contact. A regular drivetrain has eight points of sliding friction, Driven eliminates them all completely by using a pinion-style drive shaft system.

There are 21 CeramicSpeed bearings in the system that it claims provides extremely low rolling friction and durability. These bearings transfer torque from the front chainring through the drive shaft onto a 13-speed rear sprocket.

As Jason mentioned in the video, the Drive concept impressed the judges at Eurobike and it won an award for innovation. 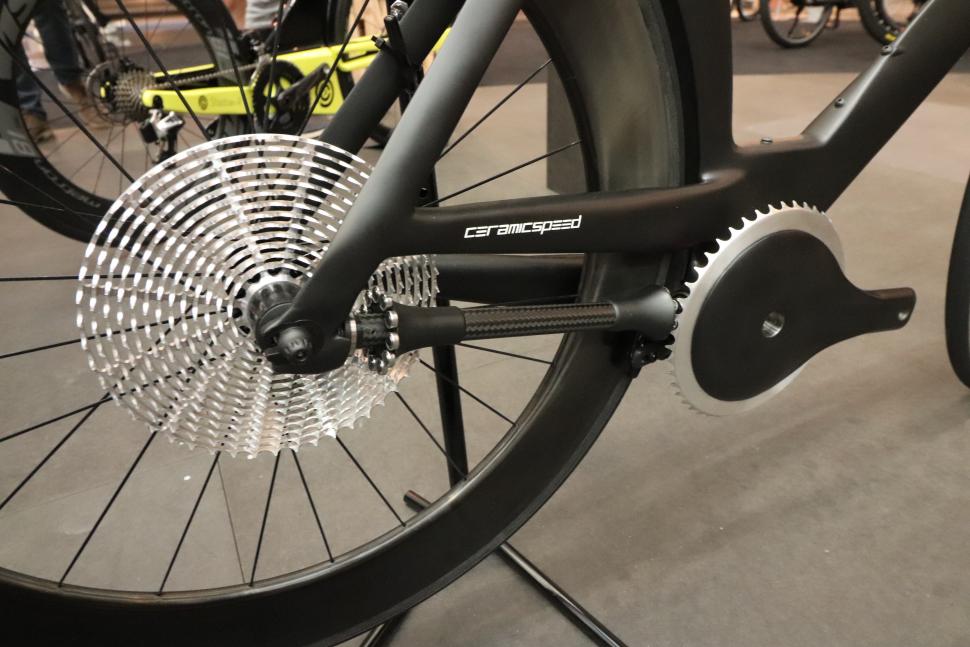 “CeramicSpeed has proudly accomplished what many have said couldn’t be done. We achieved a 99% efficient multi-speed drivetrain while eliminating the chain and complex rear derailleur. Advancements in drivetrain technology have been evolutionary since the 1920s. Driven is truly revolutionary given its unique rolling element power transfer and unmatched efficiency. The Driven concept has the ability to change the way the cycling industry views drivetrain design and drivetrain efficiency,” explained Jason Smith. 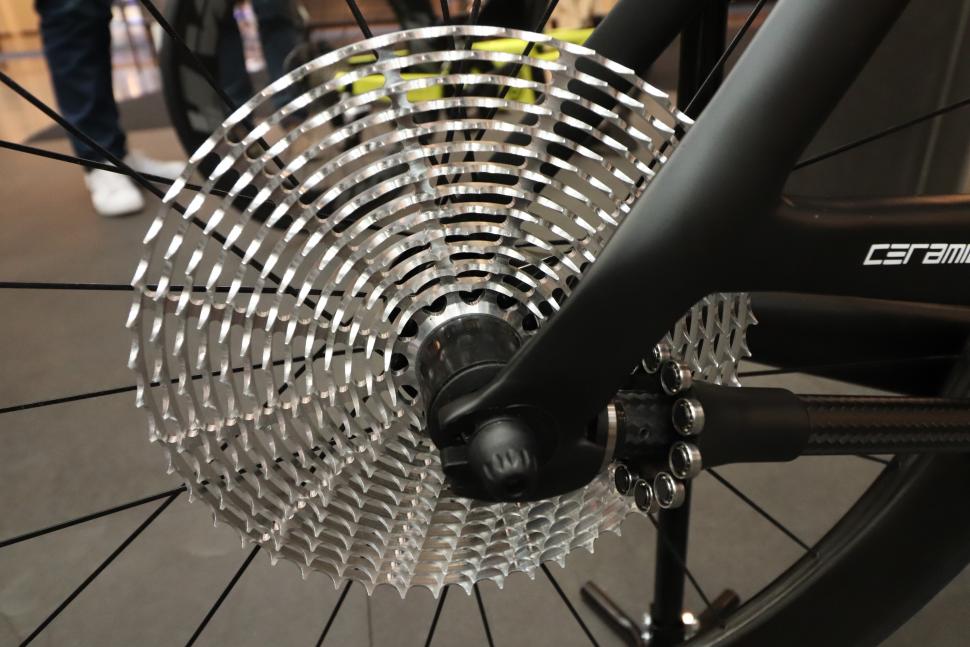 CeramicSpeed is focusing on the benefits of this pinion-style drivetrain for performance and racing cyclists, as the photo of the time trial bike clearly demonstrates. It's clearly still at concept stage and there was no indication of when a production version might be available if it ever makes it beyond the concept stage.

What do you think of Driven? Could you see it on your road bike in the future?