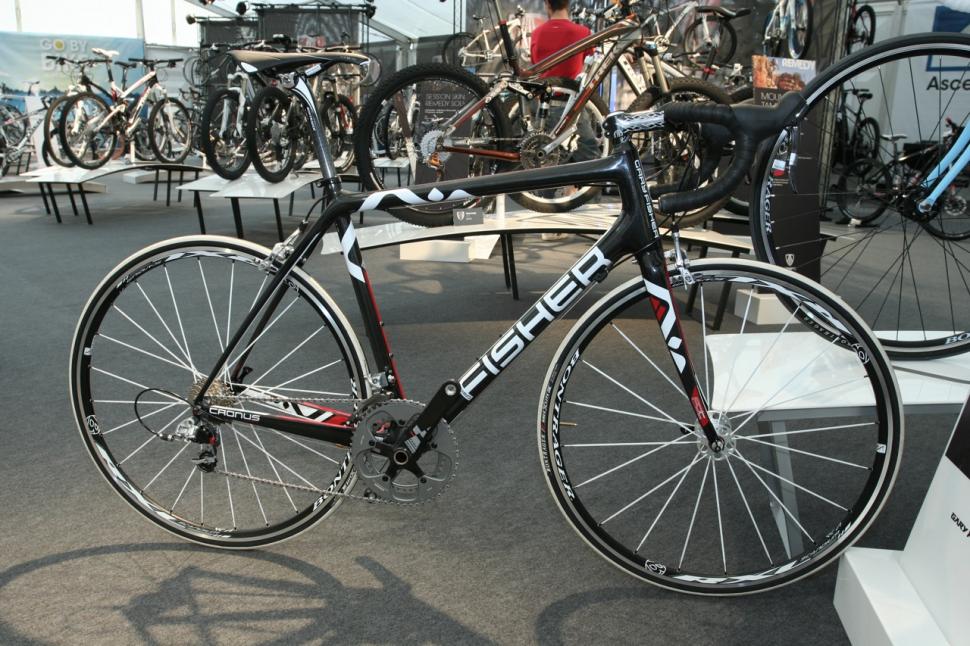 Tonight a bike that didn't last long, but certainly left its mark on road bike design and may well have stopped it leaving a mark on you
by Tony Farrelly

It’s 2010 we’re in Milton Keynes (no! Don’t nod off yet) and Gary Fisher The Father of Mountain Biking*’s foray in to road bikes with the Cronus Ultimate.

Here’s the deal: in 2010, Trek finds themselves down a quirky road range helmed by an innovative cycling legend – Greg Lemond having left the building in a flurry of lawsuits and his very fine range of bikes is no more. Luckily for Trek their mid-90s strategy of hoovering up brands started by innovative cycling legends means they still have a couple knocking about the place – okay they’re all mountain biking legends and Gary Klein has fallen by wayside. But Keith Bontrager has already become Trek’s wheels and components guru across road and mountain so why can’t Gary Fisher launch a road range? He’s defo an innovator, not only has he fathered mountain biking he’d also been right there at the birth of the 29er** a mountain bike with road bike sized wheels…so hey! he’s half way there already… the thinking probably did/didn’t go at the Trek strategy meeting that signed off on this.

So it was a disaster?

Depends on your definition of disaster. They didn’t sell in any great numbers – not over here anyway – and there wasn’t a 2011 Gary Fisher road range, to be fair there wasn’t a Gary Fisher mountain bike range either as Trek announced it was “absorbing” the Gary Fisher brand not long after this launch. But judged strictly as a bike the Cronus had a lot to offer. Gary knew, and I’m sure still knows, his stuff and the Cronus was an interesting bike and one which would leave its mark on many of the road bikes we now ride and stop them leaving a mark on their riders.

What was different about it then?

Well, for starters at that point it was one bike in a category of one. A category that Trek called ‘Race utility’ a high end bike you could train on all week and race on at the weekend. A tough performance bike, with some built in comfort - but very definitely a performance machine. Fisher rightly saw that if you were riding a carbon bike there was no need to put it away for the winter, carbon doesn’t rust and by 2010 top-end components were both reliable and durable enough to be ridden all year round.

But that’s not the bit of the Cronus that lives on today. Bike shops are not full of £4k race utility machines (not that I really need to point that out). 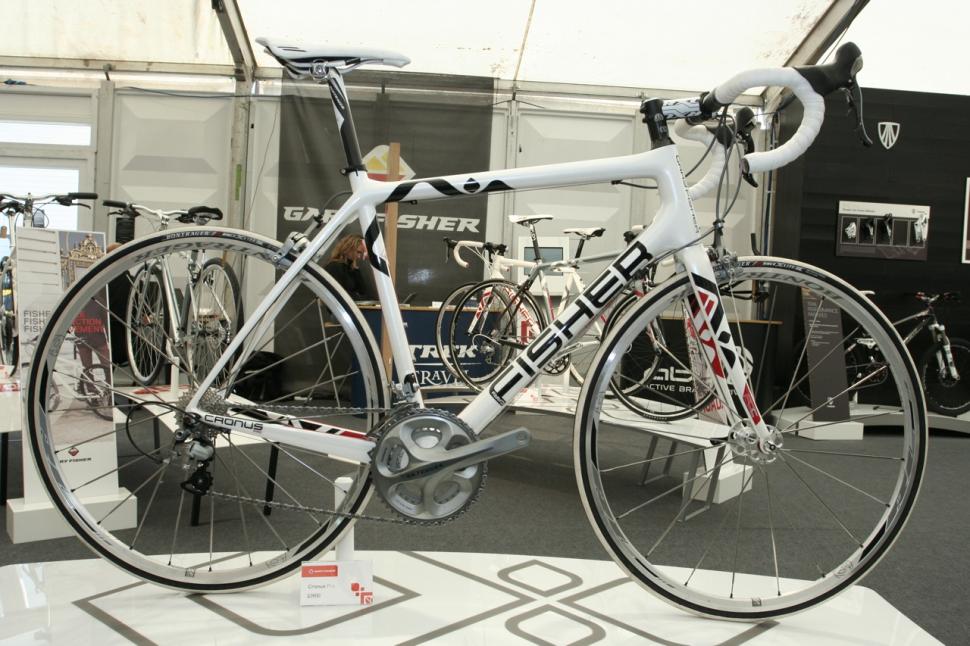 The frame weighed a claimed 900g - very respectable for 2010 - and was at the very least on trend for the time; it would probably be wrong to claim it was revolutionary though. The tall asymmetric head tube was designed to give a stiff, point-and-shoot front end with the option of a more comfortable upright position on non-race days without needing a stack of spacers to get it. Fisher called this the 'Fisher Control Column' (I love this shit) but in truth you’d find something very similar on the 2010 Specialized S-Works Roubaix SL2. 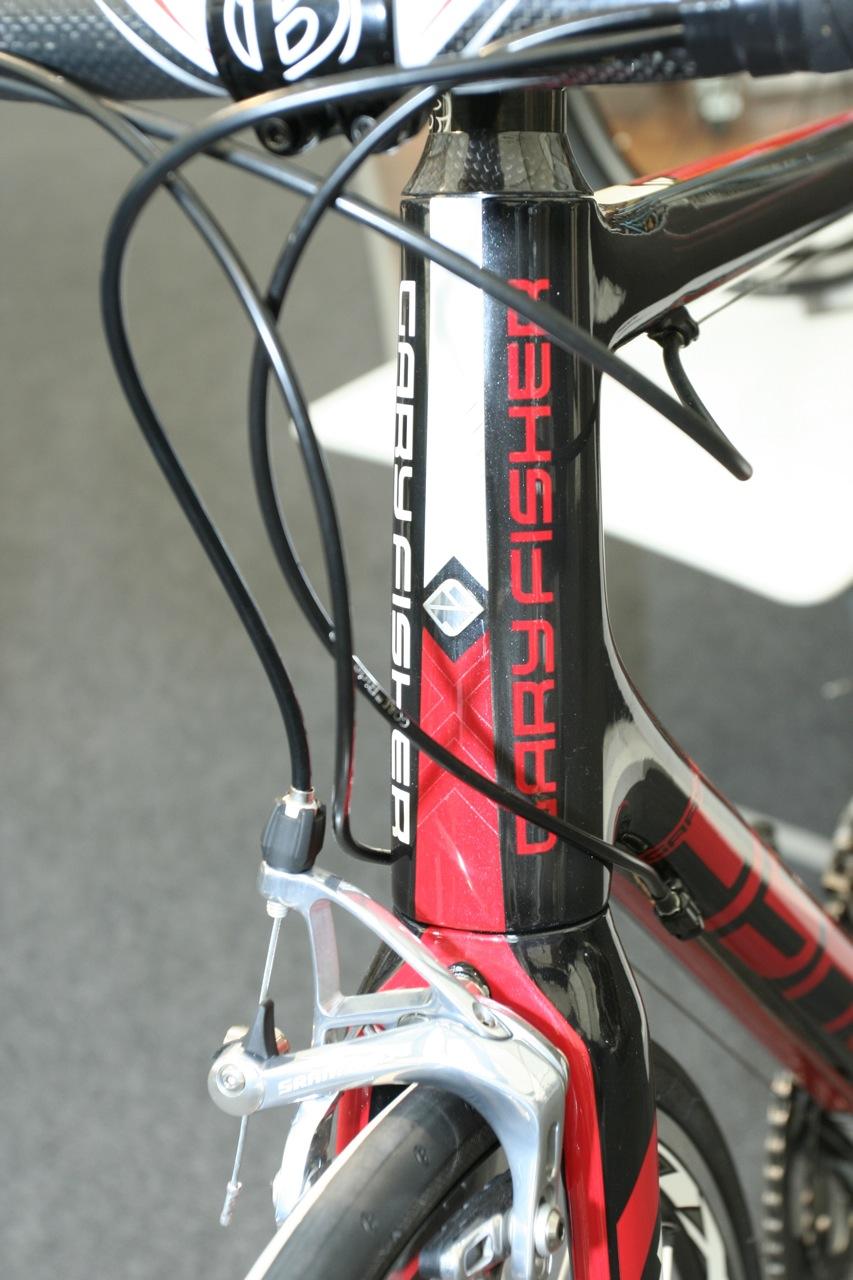 Things started to get interesting with the frame when the mighty down tube – at the time the widest diameter carbon tube Trek had ever produced – morphed into a really wide bottom bracket. So you should certainly have had a stiff pedalling platform, a beefed up asymmetric chainstay on the non-drive side helped that further.

But none of that was the Cronus’s gift to cycling posterity (and indeed posteriors).

Back in 2010 the things to really catch our eye about the Cronus were the wheels and fork. Now they were different. Here’s what I said about ‘em back then… 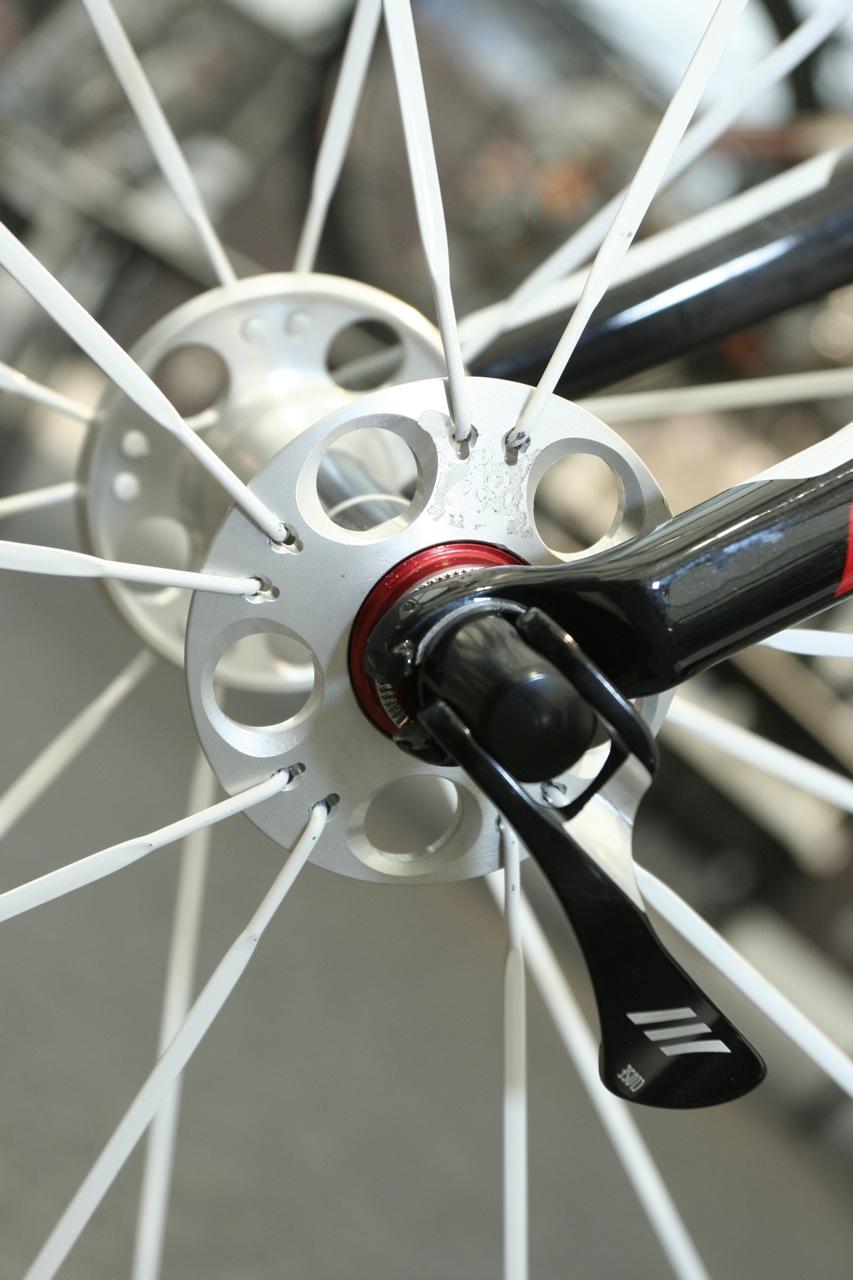 “…what really sets this bike apart is the front fork and wheel, in a bid to strengthen and stiffen the front end of the bike – he's claiming it is 27 per cent stiffer laterally than the current class-leading machine. To achieve this he's made the flange on the front wheel larger – having the immediate effect of making the spokes shorter and stiffer – the wheel uses outboard j-bend spokes. To compensate for the wider flange Fisher has made the fork legs slightly wider apart and for good measure made the fork ends larger too this makes for a larger contact area between the fork and the hub and again adds strength and stiffness, says Fisher, we'd certainly like to try it out. The only downside in a race situation is that while you could take a wheel from someone else they couldn't use your wheel with a standard fork, not unless they wanted that flange to saw through it… which seems unlikely.”

Interesting but an evolutionary dead end - as we’re not all riding around on large-flanged wheels. Gary was on to something with spoke lengths, cos they have got shorter on a lot of top-end performance bike wheels, but that’s not down to bigger flanges (obv), it’s down to deeper modern rims. You could also argue that some of the thinking behind that fork would show up in road disc forks a few years later. Well… you could argue.

The snippet of Cronus DNA that was to enter the cycling gene pool relates to a small but oh so user-friendly detail that Fisher added to his bike. The Cronus was the first road bike I can think of – certainly the first carbon bike – with hidden mudguard mounts and a very neat threaded screw on the brake bridge so when you fitted mudguards you could do it without taking the brakes off – so nice clean lines for raceday, nice clean you on winter training rides.

I don’t know if these had been around before (most things have in cycling) and Fisher simply knew a good idea when he saw one, or if he actually came up with the concept. Google ‘hidden mudguard mount’ and his name is prominently to the fore... so chapeau, Gary! Your road bikes may not have lasted but your hidden mudguard mounts live on to this day liberally sprinkled through Trek’s road range, and indeed on endurance and gravel bikes in the same or similar form from loads of other manufacturers too. It could well be that on some rainy day in the last decade Gary Fisher and his short-lived Cronus have saved yours, mine, and countless other arses across the world from a nasty, gritty soaking. Thanks Gary.

**success has many fathers, just like mountain biking too then