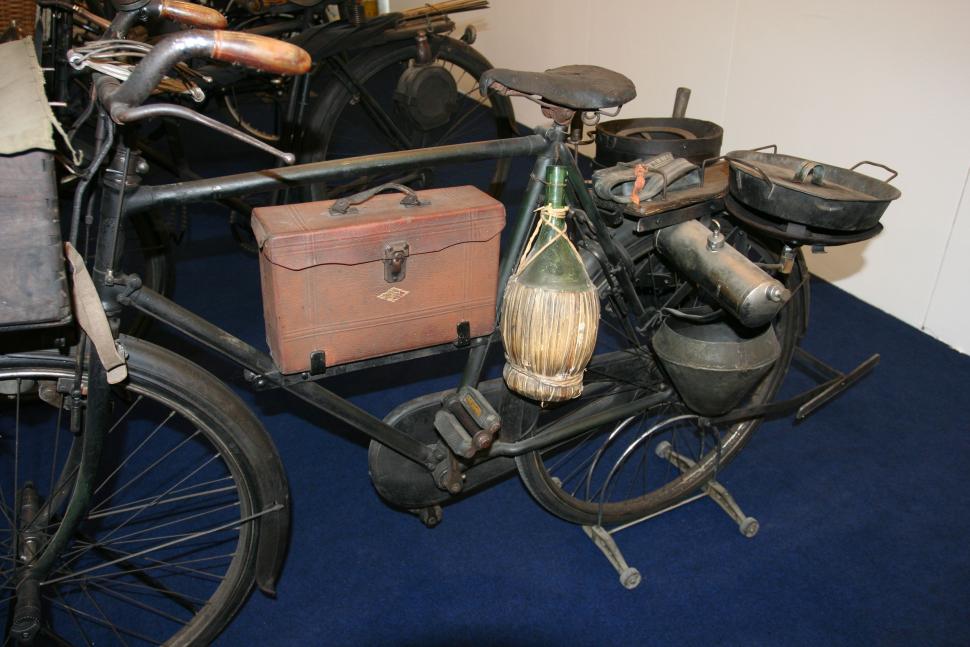 Tonight we celebrate some legends of cycling and the bikes they rode around italy between the wars, we will never know their names, but we can still raise a night time cup of cocoa (or a morning cappuccino) in their honour
by Tony Farrelly

Tonight it’s 2009 and we’re back in Milan and it’s bikes at bedtime rather than just one bike - oh, and apologies for the crappy pictures I was strung out on espresso when I took them, but luckily not too strung out to forget to snap the explanatory notes. 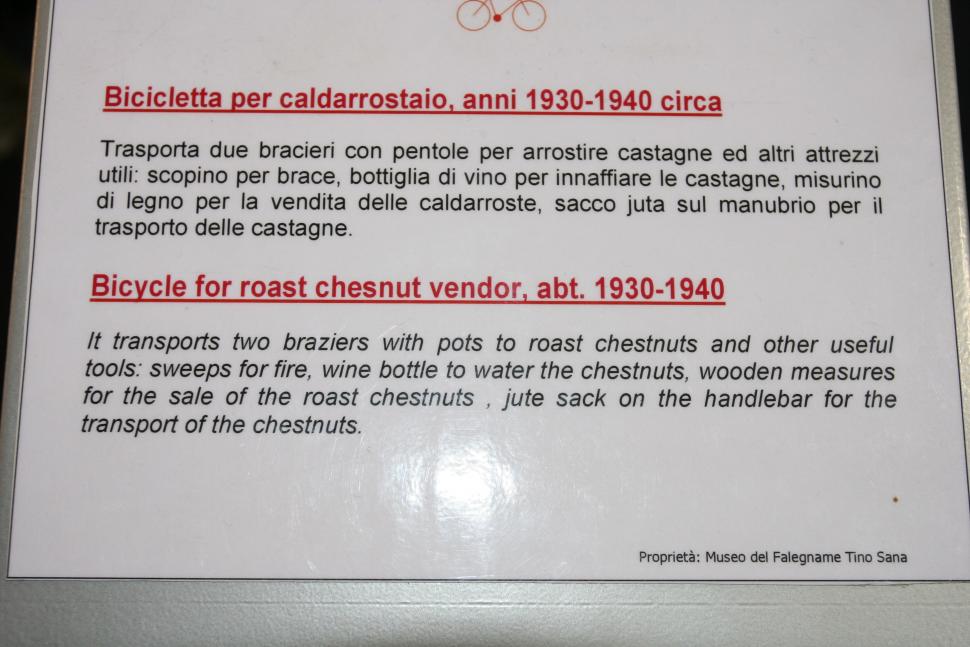 I can’t tell you how much I love these bikes but believe me I really do. Over the years I’ve been lucky enough to get up close with lots of bikes belonging to the heroes of cycling, and yes the anti-heroes too, but whenever I think of those bikes I always think of these bikes too because whoever the nameless guys who rode them were they are in my eyes cycling heroes too… especially whoever was pedalling the roasted chestnut bike, oh and the copper smith. And especially when they rode them downhill.

Myself and Vecchiojo encountered the tradesmen’s bikes at the Milan Bike Show in 2009, they were grouped nest to a small exhibition of Fausto Coppi’s bikes in a corner of the exhibition – and I’d imagine that Il Campionissimo would have been happy to keep such company. They were plying their various trades in the decades between the wars when young Fausto was starting on his journey to become a legend of the sport - initially delivering meat for the local butcher. 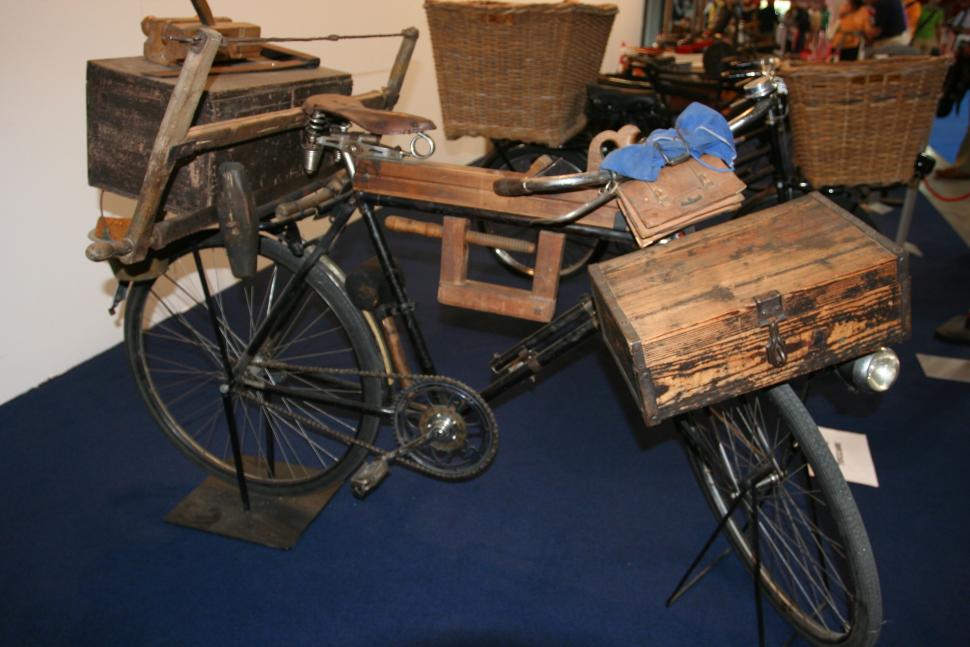 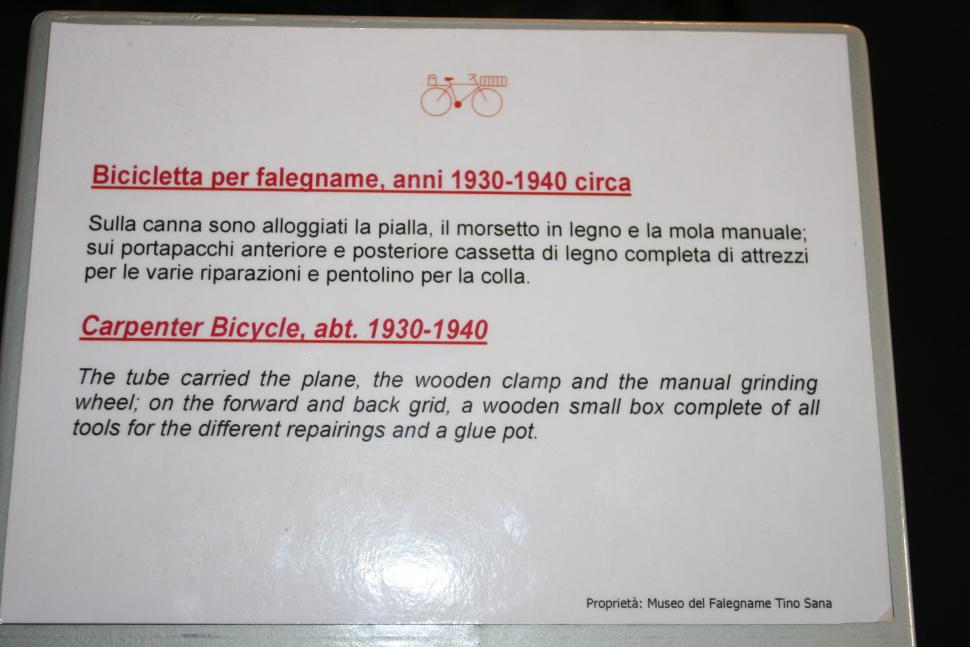 Pictured we have a carpenter’s bike, an umbrella maker’s bike, a coppersmith’s bike, and my personal favourite the roasted chestnut seller’s bike - complete with wine bottle for steaming the chestnuts. Many bits of Italy are flat, but it is by no means a flat country and that certainly applies to the its cycling heartlands where you’ve got to assume these bikes and their riders ploughed their trades in the Twenties and Thirties. 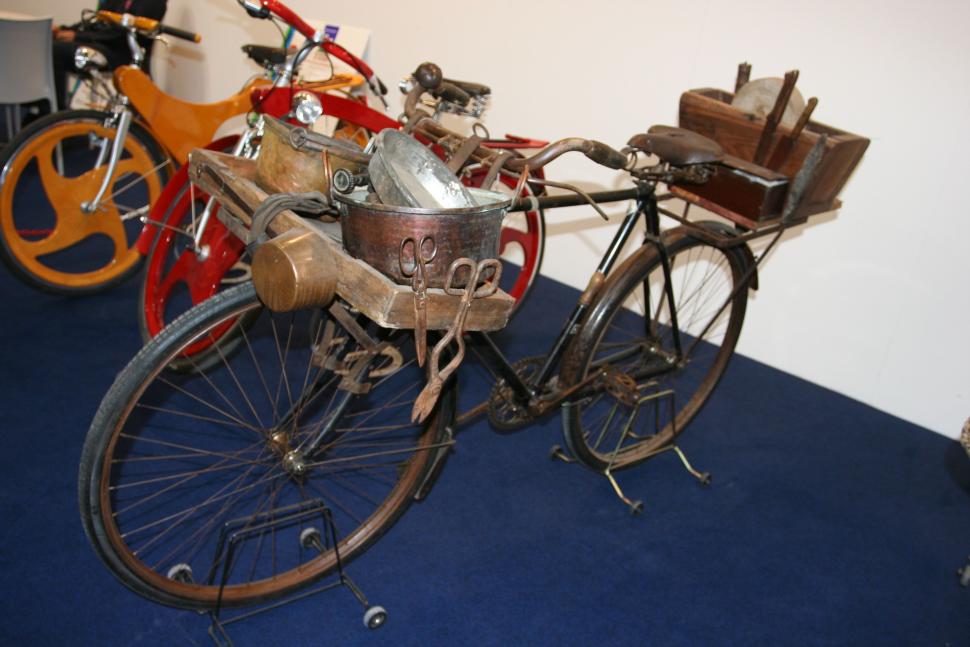 I don’t suppose the coppersmith or the hot chestnut seller rode around with superheated metal or nuts on the go (but they might have) but even riding a bike back from wherever you’d been selling your wares with still hot braziers must’ve taken some effort, and let’s not forget the carpenter or the umbrella maker lugging their tools around either. 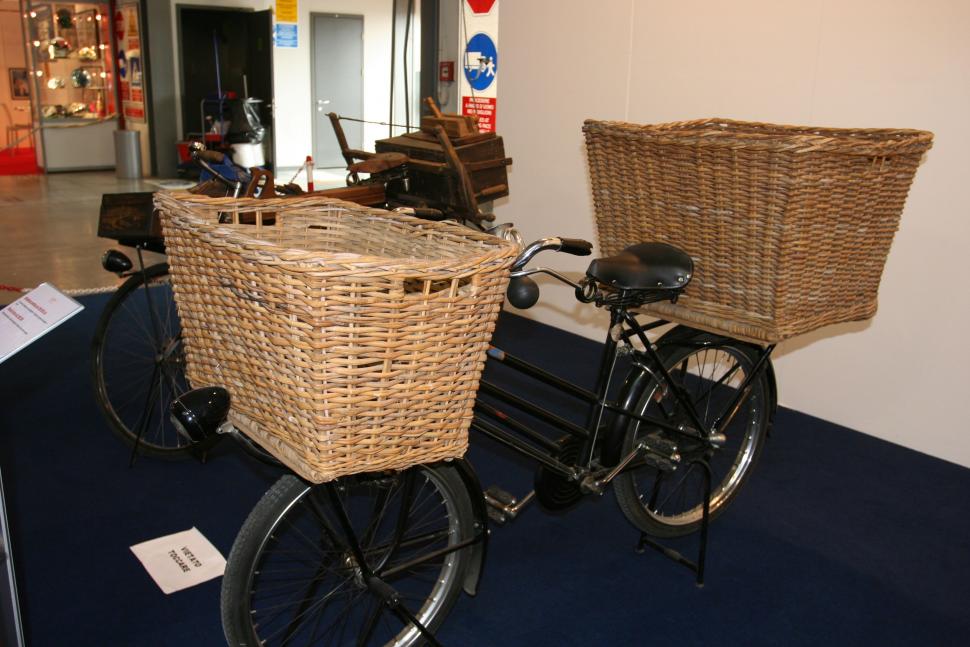 So if anyone ever doubts what it’s possible to do on a bike just point them at this lot - testament to what need, ingenuity, and a strong pair of calves can achieve. 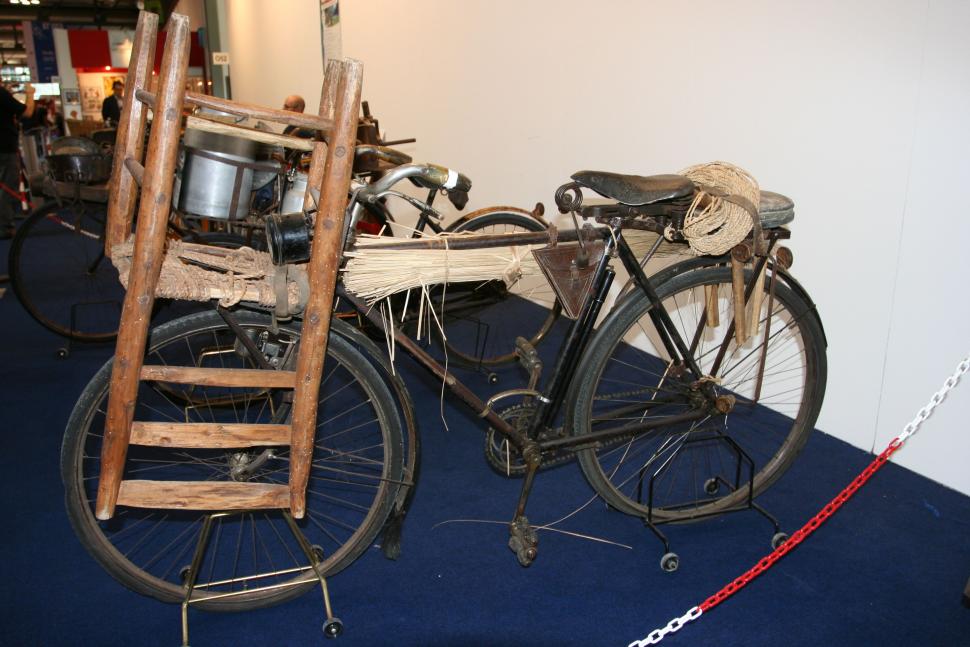