Easily the most controversial pro cycling tech news this year is the fact that UCI Pro Continental outfit Aqua Blue Sport will be racing the brand new 3T Strada, a bike that bucks convention with a frame designed entirely around wide tyres, disc brakes and a single ring drivetrain. Traditionalists be damned…

You can read all about the 3T Strada in our indepth review here, so rather than go over it all again, have a read of that article for the full lowdown and our verdict on this controversial new bike. And in case you missed it, this bike won our recent Bike of the Year 2017-18 Award. Yes, it really is that good. 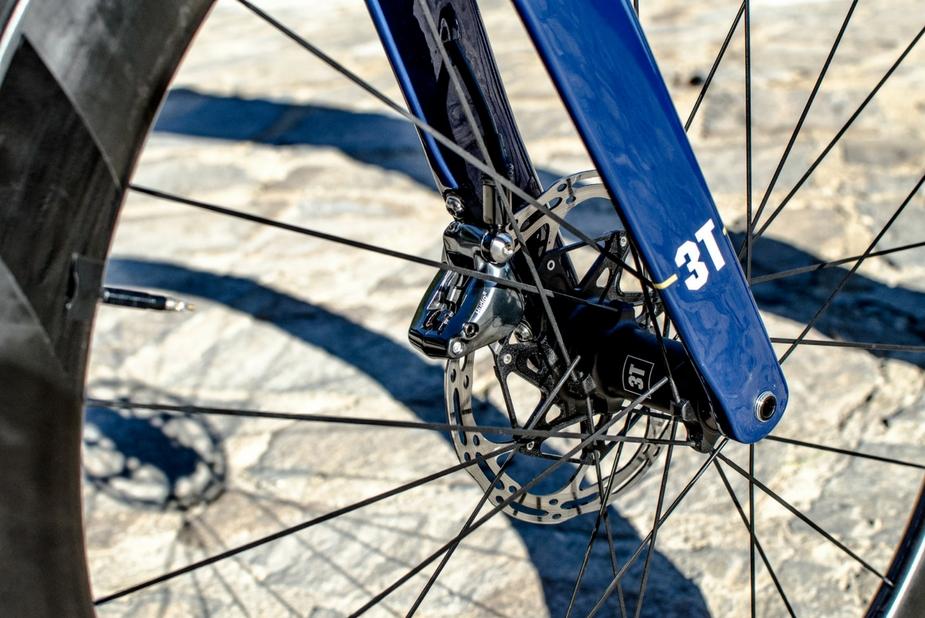 These are the first official pictures we’ve seen of the bike, following a few sneak previews on social media. The radical bike is painted navy blue and gold to match their team kit, with a gold shamrock on the top tube being a nice nod to the title sponsors roots. It’s a pretty good looking bike I reckon, what do you think? 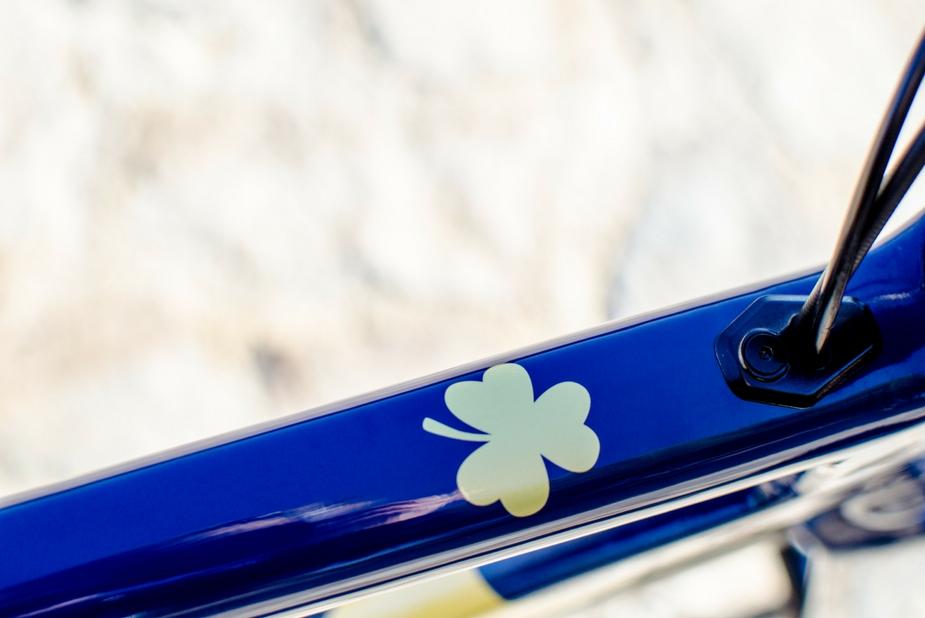 The team is sponsored by SRAM so it’s a Force 1x11 drivetrain, which combines mechanical gears with hydraulic brakes. There’s the company’s Quarq power meter crankset for measuring and tracking power during training and racing.

Gear wise, it appears the team is taking full advantage of the available chainring options, which stretch from 38t up to 54t variants - we expect they’ll choose different chainrings to match the particular terrain of any race or stage they’re competing on. 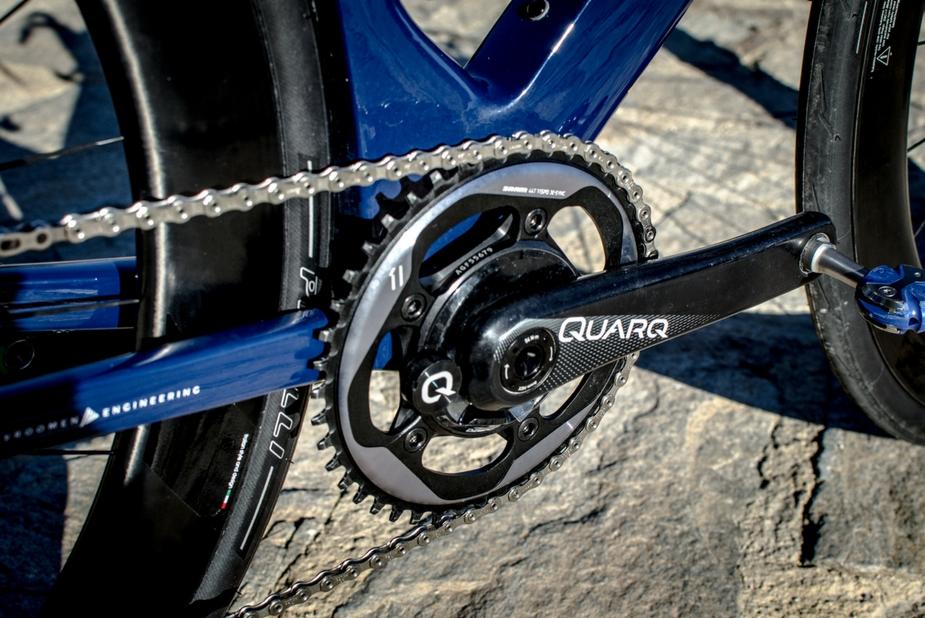 It’s the same with the cassette, with a choice of any regular 11-speed cassette such as an 11-36t, but we could see them using 11-28t on flatter stages where closer ratios are wanted. And for mountainous terrain, they have SRAM’s massive 10-42t cassette as a backup option.

There’s no word on any future SRAM groupset options. Clearly, they have eTap on the conventional groupset side, and they have 1x12 Eagle for the mountain bikers, so could we see a merging of the two technologies into one wireless 1x12 groupset customised for the road? Time will tell, but I’d put money on SRAM developing something along those lines. The eTap groupset has been hugely popular and everyone seems to love electronic shifting, and 12-speed cassettes provide a bigger range.

Let’s not forget that 3T is developing two of its own cassettes as well, intended to smooth out some of the gaps on a regular cassette. No sign of that yet but that’s another option they’ll have, though I wonder how SRAM will feel about that?

The two cassettes, Overdrive and Bailout feature a 9-32t range and is apparently designed with a 44t chainring in mind. 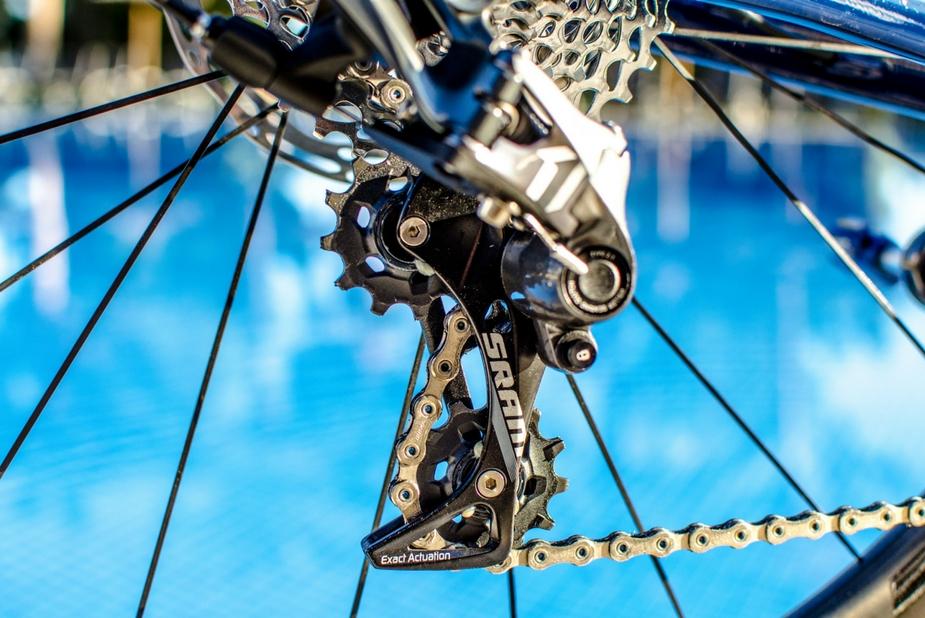 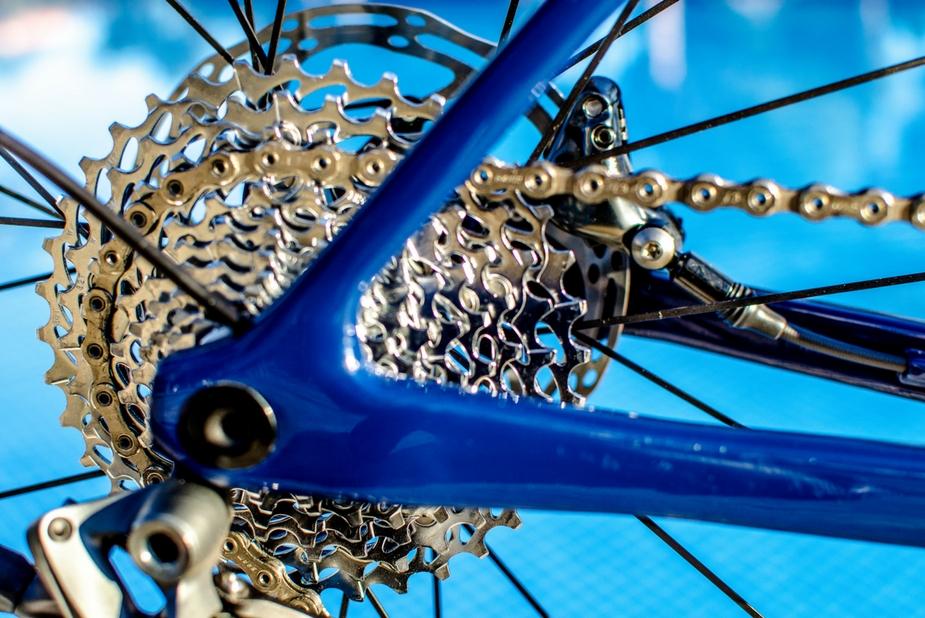 That’s a lot of words on the gearing, let’s look at the rest of the kit. As well as supplying the frameset, Italian firm 3T is also providing the wheels and finishing kit. Riders will have a choice of the Discus C60 wheelset pictured here, or a shallower C35 for hilly stages, and for training, they have an aluminium C35 Pros - though with disc brakes there’s really no need to put the carbon wheels away for the winter. These wheels aren’t the tubular type that we’re so used to seeing in the pro peloton. They are a clincher rim that isn’t tubeless-ready. However, it does seem the team is sticking with the 28mm wide tyres the bike is designed around, with Pirelli’s new P Zero tyres fitted. The handlebars, stems and seatpost are courtesy of 3T as well, and the saddles come from another Italian company (there’s a theme here) Selle San Marco. The riders can choose from the Aspide, Mantra and Shortfit models.

According to the team, “riders have been rigorously testing their new steeds and offering feedback, with the team eager to see how the 3T Strada lines up in competition.” 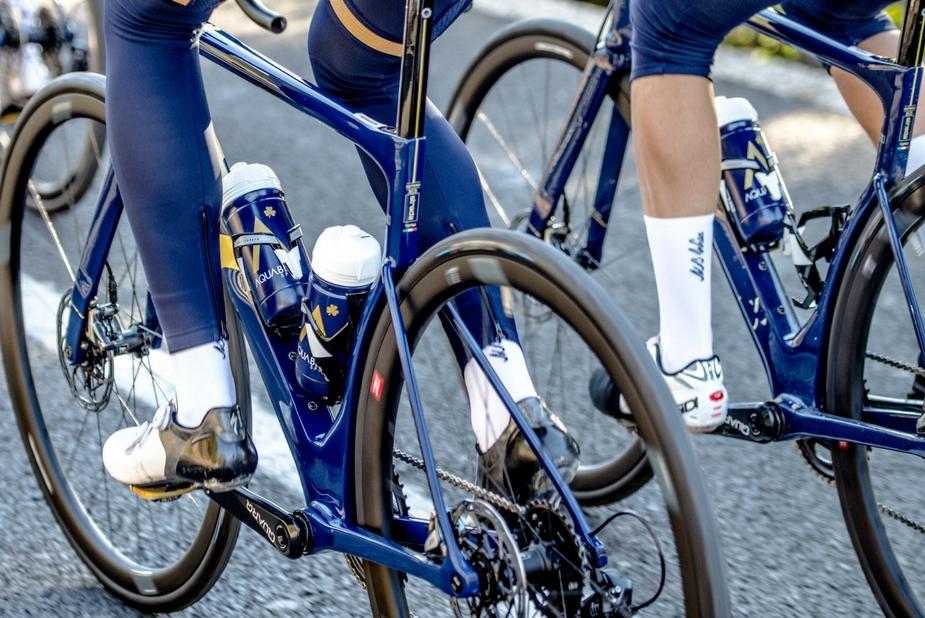 It’ll be very interesting to see how the team get on with the bikes, it’ll get its debut at the Cadel Evans Great Ocean Road Race on the 25th January. All eyes, including ours, will be on the team and the bikes.

Photos © Karen M. Edwards and thanks to Aqua Blue Sport, got check them out at www.aquabluesport.com