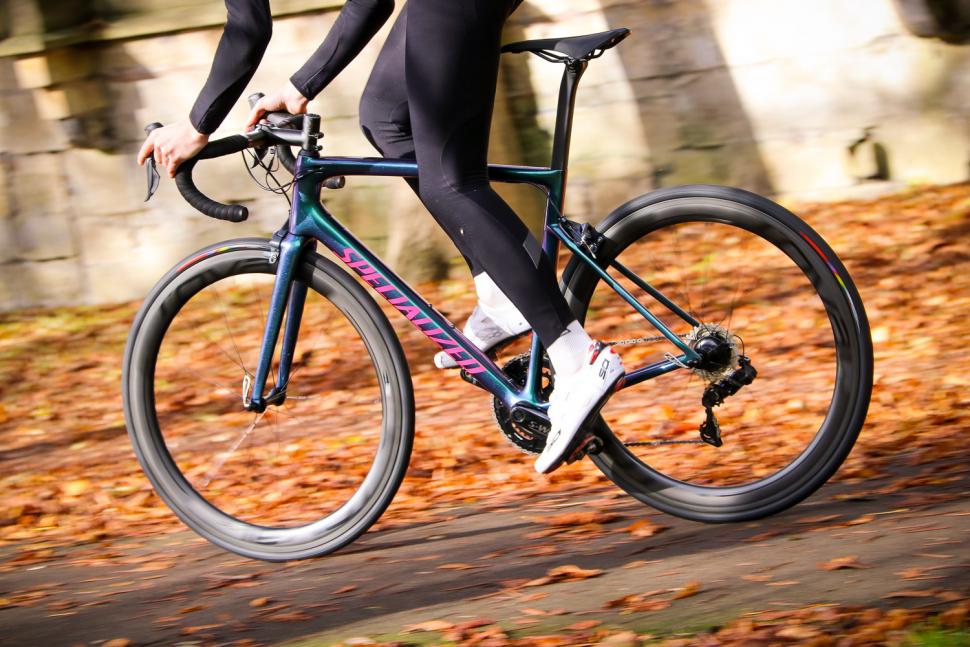 Everyone loves new stuff and there has been plenty of it in the road bike world in 2017 – new bikes, new components and new functions. Here’s a roundup of the top 10 tech news stories we’ve covered here on road.cc over the past year, listed according to the number of people who read each of them… Shimano’s Synchronized Shifting came to road bikes for the first time in 2017. If you didn’t catch what it is, with full Synchro Shift enabled you can control both derailleurs with just one shifter. You just decide if you want to shift to a harder gear or to an easier gear and the system does the rest.

“The front derailleur reads the position of the rear derailleur and automatically operates the front shift to position the gears in the most efficient gear and best chain line so the rider never has to worry about front shifting and correction shifts again,” says Shimano. “Synchro shift improves efficiency of shifting and riding.”

You can fine-tune the specifics of of each setup in Shimano’s app. Our most popular story from this year’s Tour de France covered non-sponsored kit that was disguised and used by various riders.

We spotted wheels, chainsets, saddles, stems with their logos blacked out so as to keep the official team sponsors happy. 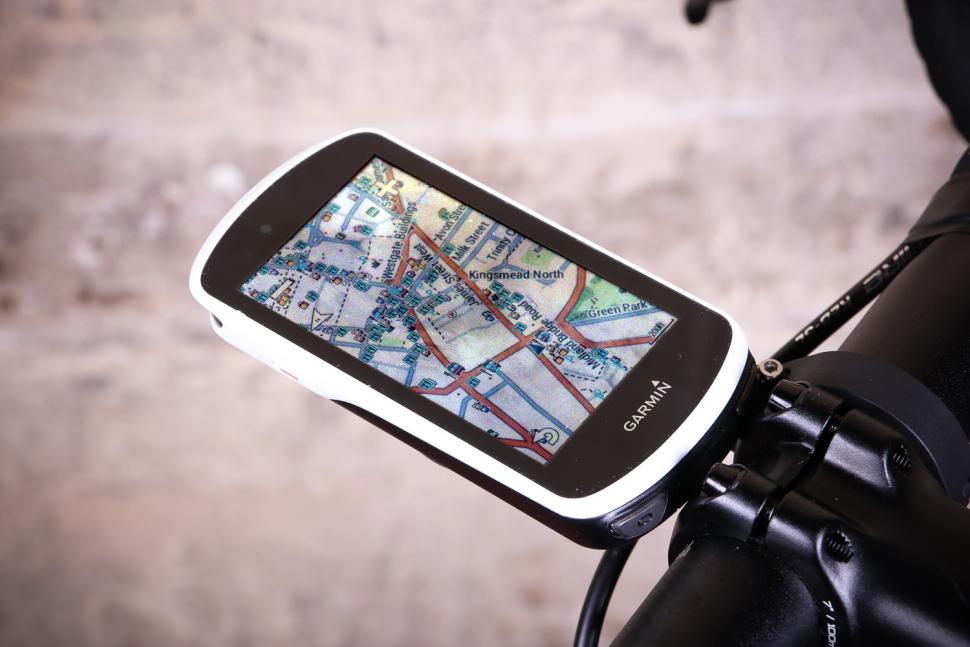 News began leaking of Garmin’s new Edge 1030 GPS bike computer in the summer before it was officially revealed at the end of August.

The new Edge 1030 gets a 3.5in high-resolution capacitive touch screen that Garmin reckons works in the wet or with gloves, and ambient light sensors automatically adjust the screen brightness to suit the riding conditions. Battery life has been extended to a claimed 20 hours and there’s a new Garmin Charge integrated battery pack accessory to double the run time to 40 hours.

Garmin has beefed up the navigation and course planning features, and there’s a new Strava Segment Explore feature that lets you view popular nearby segments.

If you want to use the Edge 1030 for serious training, Garmin has developed the new TrainingPeaks Connect IQ app to let you put your daily workouts on the Edge 1030, and it’ll guide you through the workout in real-time. 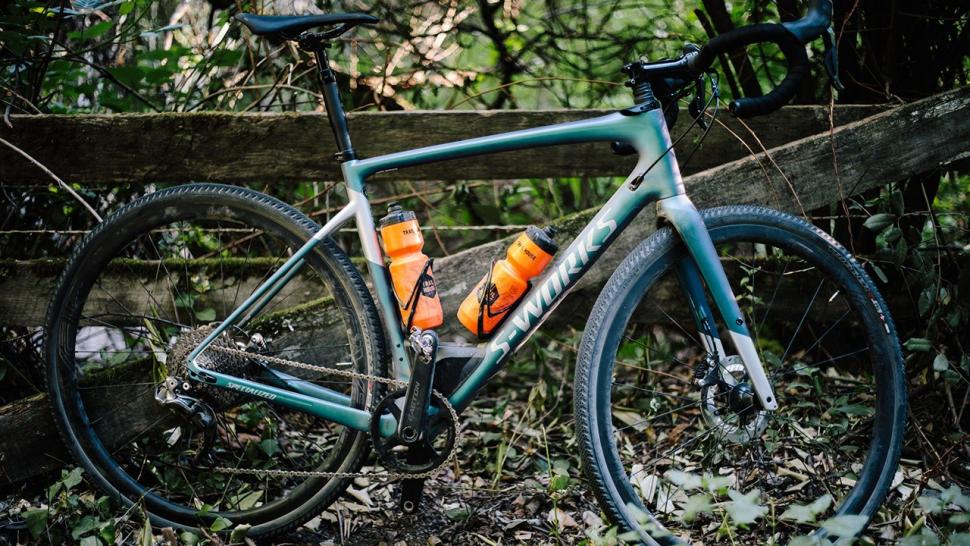 The first of two entries from Specialized in our top 10 was news of the 2018 Diverge adventure bike. The US brand gave the Diverge a complete overhaul, adding suspension, increasing tyre clearance and revising the geometry. The Diverge is pitched as a road bike that can also tackle dirt and gravel roads, and also singletrack and woodland trails.

The biggest change is the inclusion of Future Shock. First debuted on the Roubaix, Future Shock is a spring inside a cartridge positioned in the top of the steerer tube. It provides 20mm of basic suspension. There’s no damping or adjustment but it really does help to smooth out a lot of the road chatter.

Specialized has modified the Future Shock on the new Diverge, adapting it for off-road use. A stiffer spring provides a more progressive suspension action so makes it more suitable for rougher terrain. In June Jack treated us to a roundup of new products that weren’t yet available, including Shimano’s new Ultegra groupset and Dura-Ace R9100-P power meter, Lezyne’s Laser Rear Projector light and the Hammerhead Karoo cycling computer which promises unrivalled mobile connectivity, big battery life and an extensive mapping feature that makes Karoo a sat nav, phone and GPS bike computer in one. Back in July we first brought you news that the 2018 version of Cannondale’s Synapse endurance road bike would feature a lighter, stiffer frame and wider tyres and that it would be disc brake only.

One of the primary goals for the new Synapse was a faster and higher performance bike for those who don’t want to sacrifice speed for comfort. The previous Synapse could hardly be described as a heavy bike, but Cannondale has shaved away loads of weight. It’s claiming an impressive 220g weight reduction for the high modulus carbon fibre version resulting in a 950g frame in a 56cm. The fork is down by 116g, coming in at 367g.

The new Synapse accommodates 32mm tyres and has mudguard eyelets.

Specialized launched the new Tarmac SL6 in June with some big changes over previous models. The US giant claims that the new version weighs just 733g in a 56cm size, some 200g lighter than the outgoing Tarmac SL5.

The new Tarmac is said to be more aerodynamically efficient  thanks to development in Specialized’s own Win Tunnel, the company claiming it’s 45 seconds faster over 40 kilometres than its key rivals, such as the Trek Emondo or Cannondale SuperSix Evo.

The new bike is specced with 26mm tyres but it'll accommodate 30mm. As well as improving aerodynamics, the D-shaped seatpost and seat tube are designed to increase seated comfort.

Specialized also revised the geometry, a key change being a shortening of the wheelbase to provide “instantaneous response and optimal power transfer.” Way back in January we told you about B’Twin’s Triban road bike range featuring the new Triban 100 which is still available, now at £249. https://www.btwin.com/en/road-bikes/sport-road-bikes/20146-triban-100-ro...

It's a basic machine but B'Twin has taken care to make sure that it's a sturdy and reliable ride. You get a 1x7 transmission with a bar-mounted rocker shifter and a 14-34T cassette that gives a 242% range between top and bottom gear. That's not huge, but it should be fine for the kind of riding you're likely to buy this bike for: commuting, urban riding, leisure riding, that sort of thing.

With long-drop calliper brakes and plenty of space in the frame you can fit biggish tyres to offset the firmness of the alloy frame and steel fork, and B'Twin spec 28mm rubber out of the box. The frame and brakes will easily cope with a 35mm hybrid tyre that’s capable of mixing it up on tarmac and smoother off-road paths. There's mudguard and rack mounts if you want to turn the bike into an all-weather workhorse. 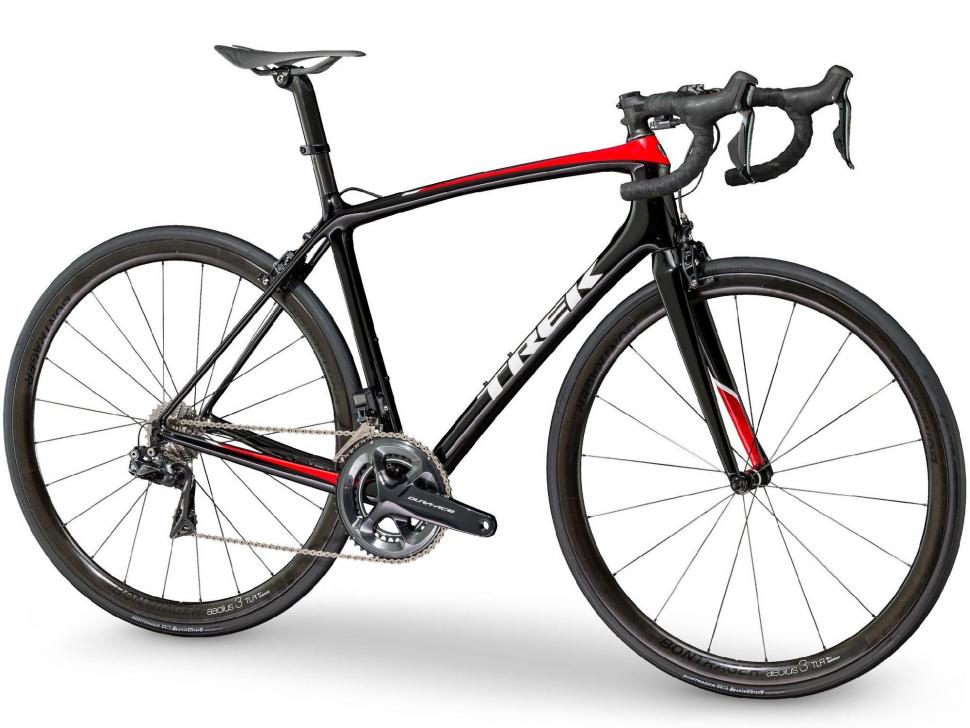 We usually start seeing the following year’s bikes appear from about June onwards, especially top level road bikes that are often raced by the pros in the Critérium du Dauphiné or even earlier. Our most popular tech news story of 2017 gave details of the new version of Shimano’s second tier Ultegra groupset with features that trickled down from top-level Dura-Ace.

The headline features are:

• Synchro Shift, which moves the front and rear derailleurs of a Di2 system with the push of just one button – which was recently added to existing Di2 groupsets.

• The lightest Ultegra R8000 set-up is 4,071g (Di2, rim brakes, including wheels), a saving of 84.5g over Ultegra 6800. If you take wheels out of the equation, there’s hardly any weight difference between the two (in fact, a mechanical shift and rim brake set up, minus the wheels, has actually gone up in weight very slightly).

Jack took the Di2 (electronic) version for a spin at the end of August and concluded, “The completeness and capability of Ultegra now poses one big dilemma for Shimano: why buy Dura-Ace when Ultegra is this good?”

New Ultegra, in both its mechanical and electronic forms, is available on many bikes for 2018.

Check out our original story here.