The GPS computer market is largely dominated by Garmin but there are a few companies vying to tempt customers away, the likes of Wahoo, Bryton, and Lezyne are increasingly popular alternatives, and now you can add Giant Bicycles to that list - we’ve just received the company’s new £149.99 NeosTrack GPS computer for review, so here’s a quick first look. Yes, that’s right, the world’s biggest bicycle brand is getting into the GPS game. To help accelerate Giant’s entry into the GPS market, it has used Bryton technology to develop the NeosTrack, working with the company to adapt the underlying tech with a whole host of changes brought about by development with Team Sunweb this season. It's now appearing in shops but it’s likely a product that has snuck under your radar, there’s certainly been little fanfare around its launch.

The NeosTrack doesn’t have a touchscreen like the new Garmin Edge 1030, instead, there are five buttons. The bottom button turns the unit on and off and activates a backlight. The top left button is back and stop, the lower left button is OK and lap and the right-hand side buttons scroll up and down, with the lower right button also taking you into the menu. 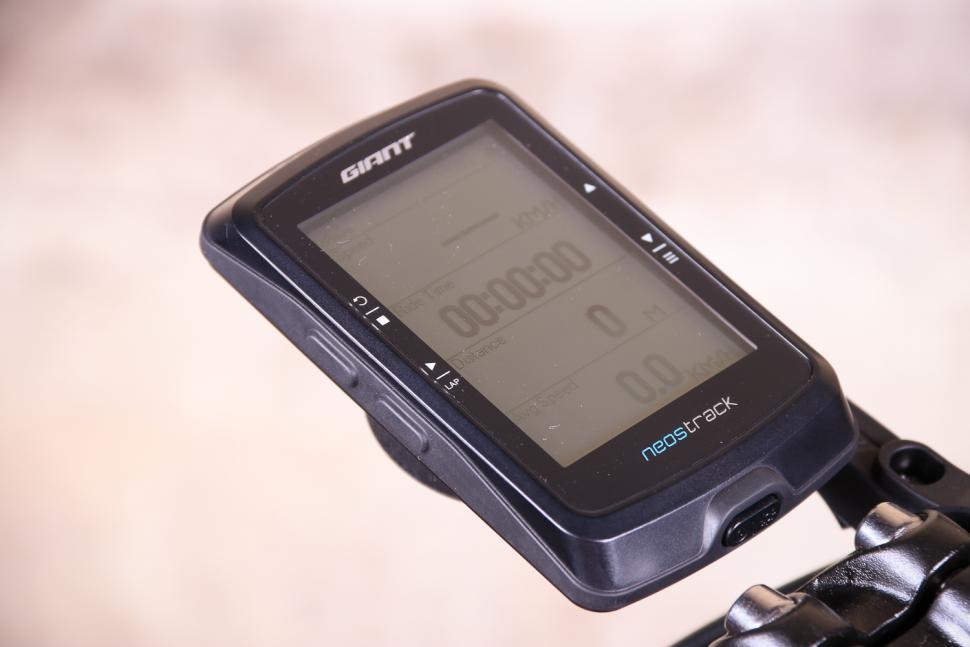 The LCD screen measures 2.6in and the unit is 92.9 x 57 x 20.3mm and weighs 78g. It’s water resistance to an IPX7 rating and the rechargeable lithium-ion battery is good for a claimed 33 hours - that’s longer than many rival GPS computers.

There’s both Bluetooth Smart and ANT+ connectivity, making it compatible with heart rate and cadence sensors and power meters. If you have a dual-sided power meter it’ll display left and right power values.

It’s laden with features. It offers navigation functionality, with the routes created in the companion smartphone app or website downloadable to the NeosTrack computer where you can then follow turn-by-turn instructions and receive route and elevation details. It’s breadcrumb navigation though, there’s no base map like with an Edge 820 or 1030. 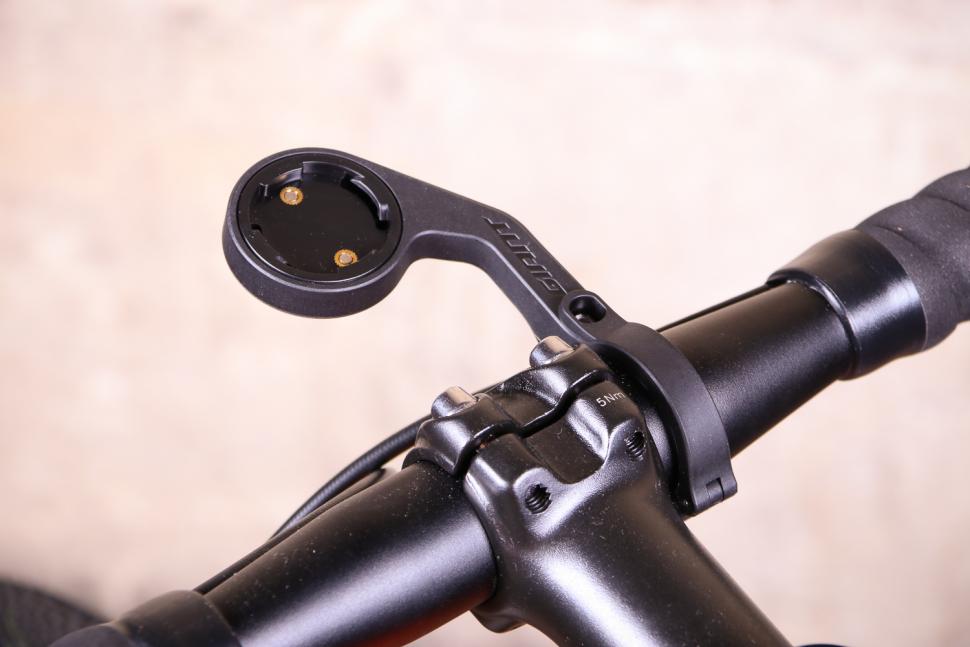 There’s Di2 compatibility so you can see real-time info on the state of the Di2 battery level and what gear you’re in. Giant is planning to add SRAM eTap and FSA WE compatibility later this year as well.

TrainSmart is a function that tracks your fitness and customises workouts to achieve certain goals. You can easily select workouts base don FTP or heart rate values and create interval sessions. After your ride or interval session, you can automatically upload the activity to popular training websites like Strava and TrainingPeak, as well as the dedicated NeosTrack smartphone app.

Those are the key details on the new Giant NeosTrack, as I said at the top of the article we’ve got one in for review and there’ll be a full review on the website in a couple of weeks. More info at www.giant-bicycles.com/gb/giant-neostrack-gps-computer