Basque bicycle brand Orbea has used the Tour de France to unveil its latest bike, the Orca Aero, which takes its flagship race bike fully into the realms of aerodynamics for the first time. Some of the Cofidis team will be racing this new bike in the Tour.

The Orca has been around for about a decade and in that time has got lighter, stiffer and with the last update, a bit more aerodynamic. The company has now decided its time to produce a dedicated aero version of the Orca. Orbea says the frame has been designed around the UCI’s relaxation of its 3:1 ruling, though we’ve not had any official communication from the UCI about this, so we’ve dropped them a line.

Introduced in 2009,  the 3:1 rule has acted as regulation to frame designers. The rule stipulates that measurements that do not exceed a three-to-one ratio, with a minimum thickness and maximum height of 1cm and 8cm respectively. This rule has been applied to aero bikes and components for years. The Freeflow fork is the biggest benefactor of this rule revision. Orbea has increased the depth of the fork blades, and so aerodynamic is it that it is claiming an 4 watt saving over the regular fork on the previous Orca.

The new fork and frame use direct mount brakes, with the crown height at the fork reduced to improve stiffness and aerodynamics. Tyre clearance is rated at 28mm. Onto the frame and there are the telltale aerodynamic tube shapes. Familiar truncated tube profiles are used on the downtube and rear stays, with a squashed oval shape for the top tube and seat tube.

The huge downtube has double radius profile with flattened sides that Orbea says improves air flow at higher yaw angles (so it’s more aero when the wind is coming from the side). There are three bottle cage mounting holes on the down tube, so if using one bottle you can mount is lower for better aerodynamics. 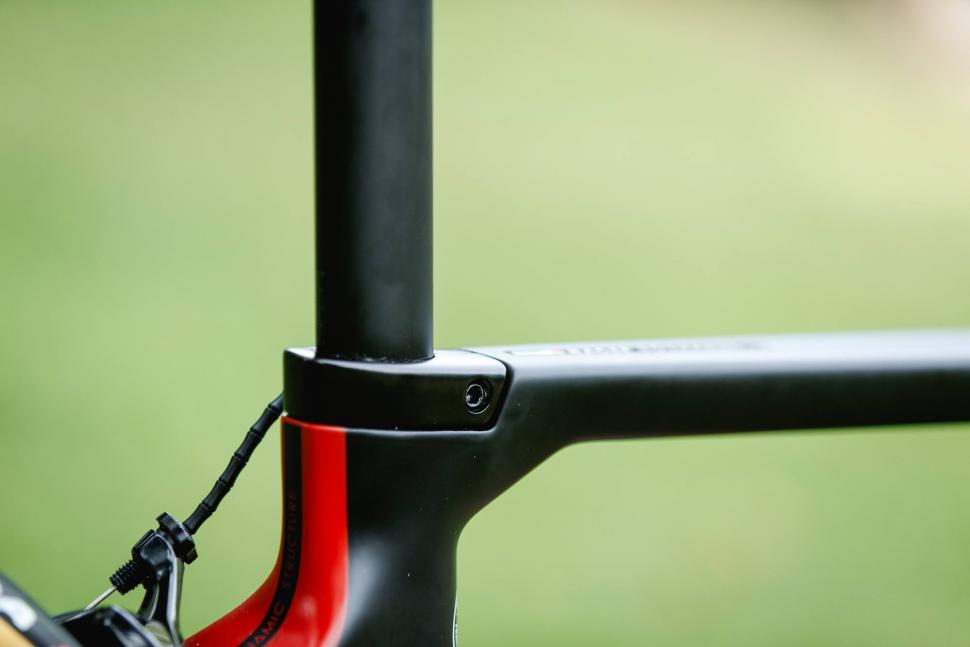 There’s an aero seatpost, with an oval shape that is designed to improve airflow between the rider’s legs. The seatpost offers a choice of two clamps for different setback options. If using a Di2 groupset the battery can be stored inside the seatpost.

Integration is a buzzword in the aero bike market, and Orbea has developed its own Aero Cockpit. The stem and aero handlebar are integrated to reduce drag. The frame is prepared for mechanical, electric and wireless groupsets, with full internal routing using different ports in the top of the down tube, where the cables/wires enter the frame. 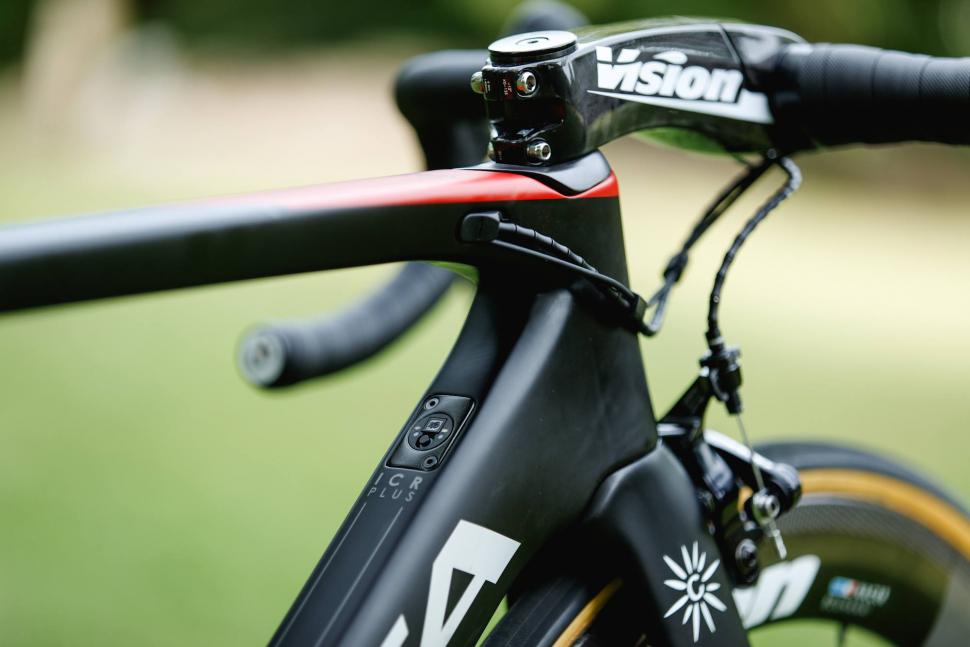 Not only is the new Orca Aero much more aerodynamic than the regular Orca, but it’s stiffer too. Increasing frame stiffness was a key design goal during the development of the new bike, and it’s optimised the profile and carbon layup of the head tube, down tube, bottom bracket and chainstays to form a stiff spine, to quote Orbea. 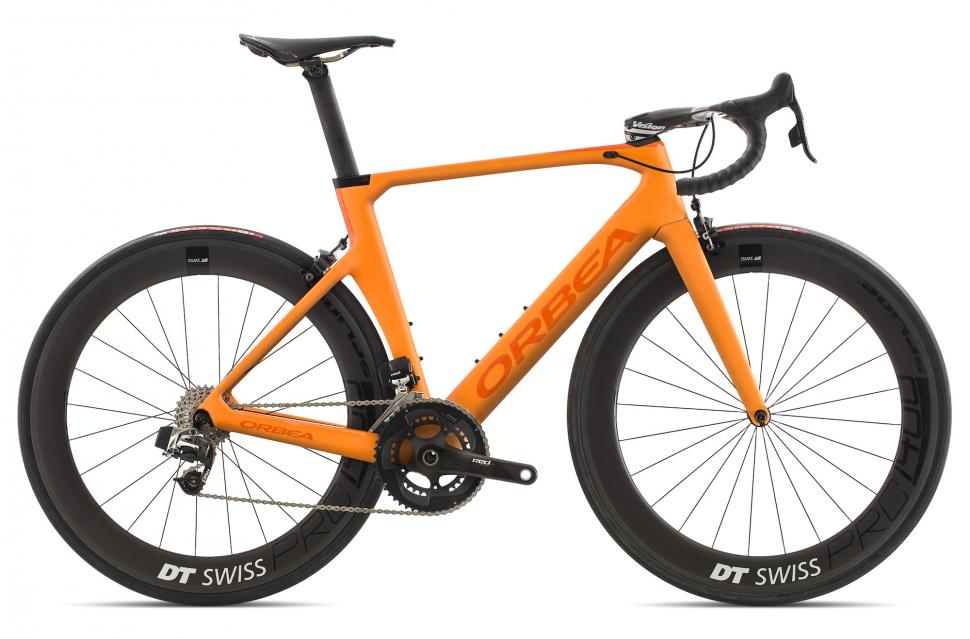 The Orca Aero range will consist of six builds, starting at £,2,599 with Shimano 105 and rising to £6,799 with full SRAM Red eTap and DT PRC 1400 Spline wheels, or for the same money Shimano Dura-Ace R9150 Di2 and Fulcrum Racing Quattro wheels. 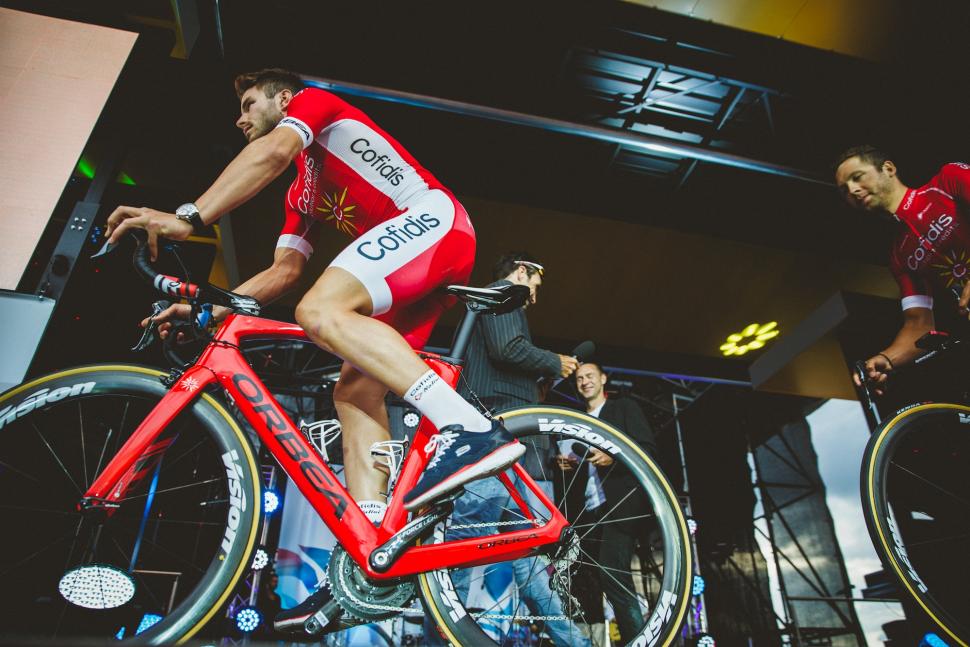 As well as a range of stock builds and colours, the new Orca Aero will be available through the company’s MyO custom programme, where you can change the components and choose from a palette of frame colours.