Merida has officially revealed the new version of its Reacto aero road bike, now available in both disc brake and rim brake models, each in two different geometries.

We've previously shown you sneak peeks of the new rim brake version of the bike that's raced at the top level by the Bahrain-Merida team.

Take a look at the road bikes that'll be raced in this year's Tour de France. 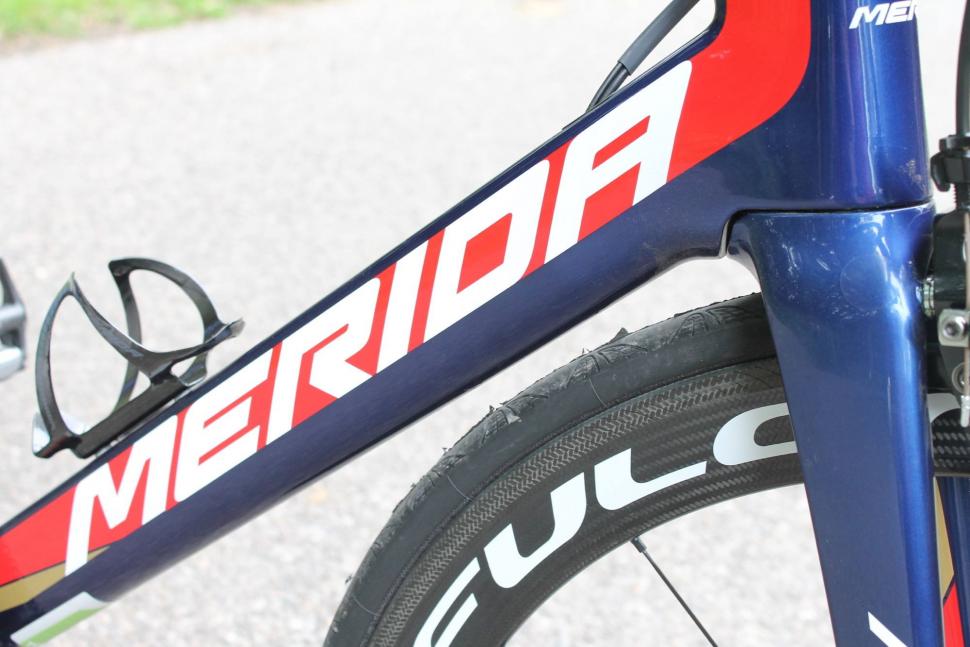 The Reacto, first introduced by Merida in 2011 and developed into a pure aero road bike in 2013, has had a major redesign for for 2018.

“It was time to go back to the drawing board to create the Reacto III – the lightest, fastest and most aerodynamic road bike in Merida’s history,” says Merida.

We quite often joke that every manufacturer says that its new road bike is lighter, stiffer, more aero and more comfortable than the previous version. Merida ticks a lot of those boxes here in claiming a lighter weight, improved aerodynamics and extra comfort, but it doesn’t claim extra stiffness… although the stiffness of the previous version has apparently been maintained. 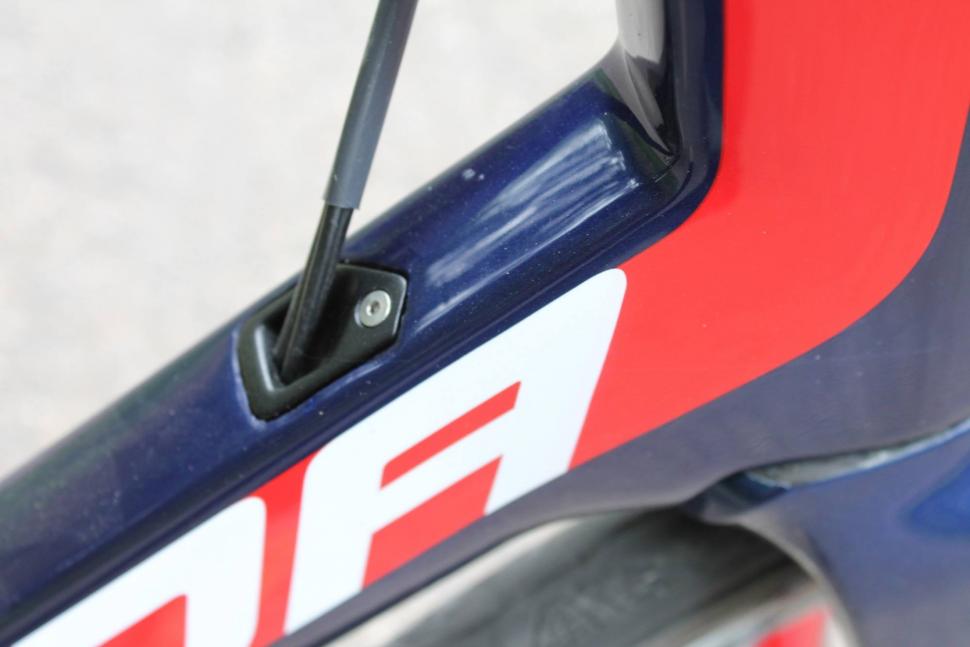 Merida says that it has also focused on simplicity in order to keep workshop bills to a minimum.

Plus, disc brake options have been added to the Reacto roster for the first time with Merida claiming the difference in aero efficiency between the rim brake and disc models being less than one watt at 45km/h.

Merida – a Taiwanese brand although much of its engineering is handled in Germany – says that the new Reacto is more aerodynamically efficient than the previous version by about eight watts at 45km/h. That equates to around 5%.

“This was achieved by slimming down the tube shapes, introducing a lower seatstay connection and adding a one piece cockpit with integrational features,” says Merida. The seatstays have been modified to have a larger bend towards the cassette for an improved aerodynamic performance.

The head tube and top tube section have been designed to work with the FSA Metron 5D Cockpit. The idea is that this reduces drag without sacrificing the serviceability of the handlebar/stem and cable routing. “If you do a solo ride with the new Reacto over 100km (62.5 miles), you save as much energy as riding the same distance with a traditional round-tubed road bike but drafting 30km of the whole distance.”

That’s an interesting way of expressing it.

Merida says that it has improved comfort by redesigning the seatstays and giving its S-Flex seatpost a slimmer cross section and a bigger ‘window’ – the notch that’s cutaway to add more downward movement (the material in the notch doesn't affect the level of compliance, by the way, it just fills the void; it's the fact that the notch exists that's the important thing). The improvement here is around 10%, according to Merida. You’ve got to love a comfort stat!

Fans of percentages will be pleased to know that that’s a reduction of 17.13% – huge, especially considering that that previous Reacto was a World Tour level bike.

How has Merida managed to save the weight? It’s simply down to slimming the tube diameters and using different carbon-fibre layups. As mentioned, Merida says that the Reacto’s level of stiffness is unaltered despite the lower weight (so the stiffness to weight ratio increases. Obviously!). 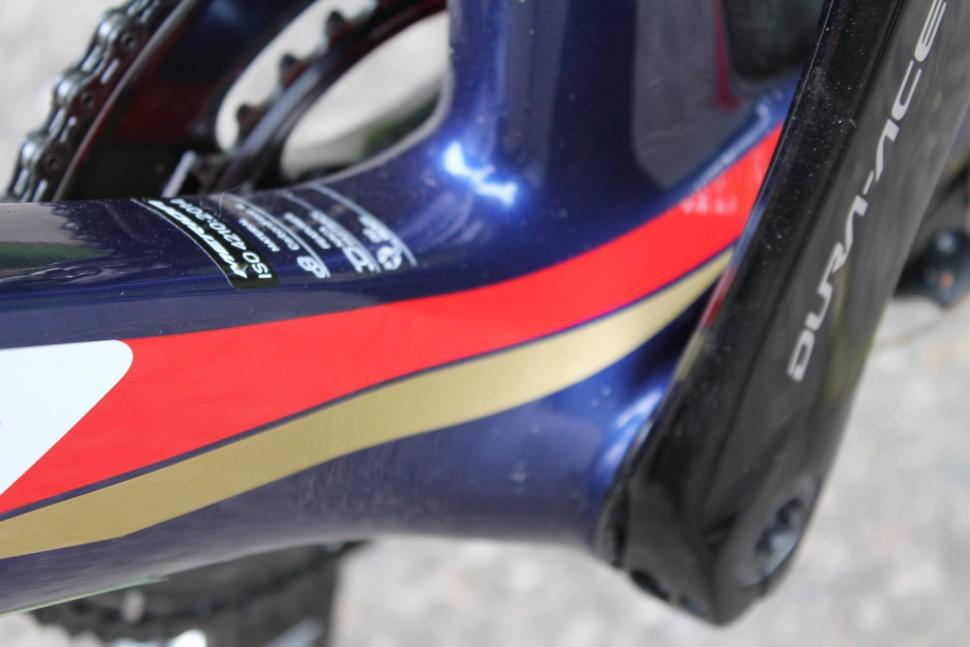 As well as being available in both rim brake and disc brake models, the new Reacto (like the existing Scultura) will come in both CF2 and CF4 versions (the CF stands for carbon-fibre).

The CF4 versions are lighter and come in a more aggressive geometry. They also have integrated cockpits. The CF2 models still have a race geometry, just not as full-on as that of the CF4.

To take a large sized frame as an example: the head tube of the CF2 is 197mm compared with 172mm for the CF4. The top tube and seat tube lengths are exactly the same. The stack is 22mm higher and the reach is 6mm shorter on the CF2 so there’s a definite difference but it’s not huge – it’s not like the CF2 model has some sort of sportive/endurance geometry. The CF4 version of the Reacto comes with special spacers that integrate with FSA’s Metron 5D handlebar. The CF2 Reacto has aero shaped spacers that work with regular stems (you can have a standard handlebar/stem set-up on the CF4 if you like).

The rim brake versions of the Reacto take direct mount (rather than dual pivot) brakes while the disc brake models use the flat mount standard, just like pretty much every other disc brake road bike these days (160mm rotors front and rear). 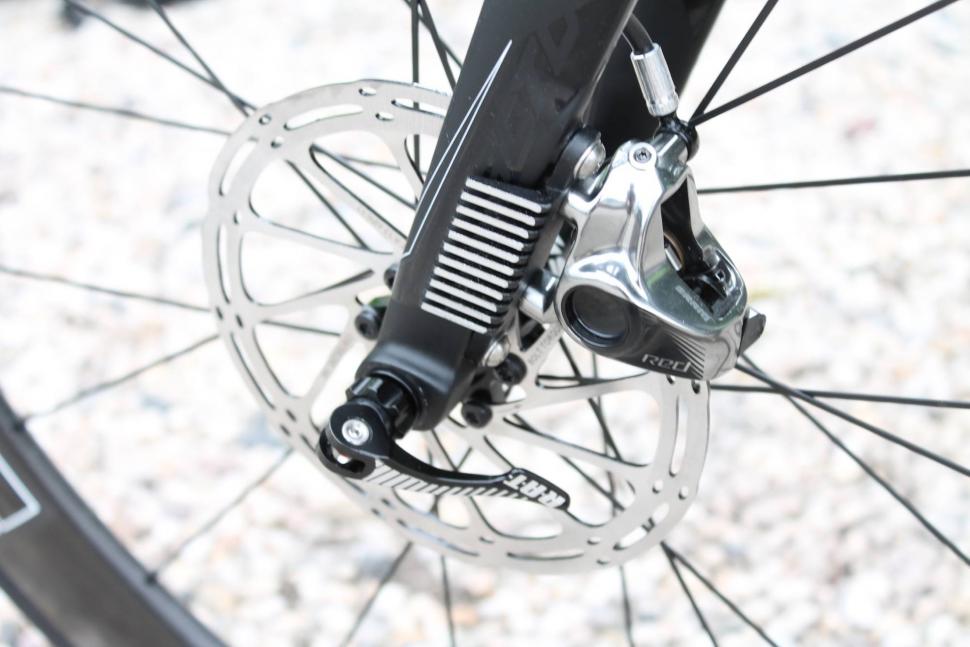 The disc brake models come with cooler technology, a lot like Merida uses on its Sculturas. Essentially, there’s a forged aluminium component between the brake and the frame/fork that’s designed to allow heat to dissipate through CNC-milled cooling fins and reduce the amount of heat that gets transferred to the carbon-fibre on long descents. The CF4 version of the disc brake frame uses the RAT (Rapid Axle Technology) first introduced by Focus for quick wheel changes in race situations, while the CF2 version has threaded 12mm thru axles.

The new Merida Reactos will be available in many different builds starting at Shimano 105 groupset level and going up to Shimano Dura-Ace Di2 and Sram Red eTap. We are yet to get information on prices and availability but we’re working on both.

I'll be riding the new Merida Reacto tomorrow and will be back with first impressions as soon as I can.