Team Sunweb rolls out on disc brakes for cobbled classics

Team Sunweb has today revealed it will be rolling out on disc brakes at the cobbled classics, starting with the Dwars door Vlaanderen today.

The team is sponsored by Giant and so will ride the bike company’s Defy Advanced SL Disc. The Defy was completely revamped in 2014 with a complete disc brake focus - there is no rim brake version - so it’s either disc brakes or use an older Defy if the team wants to use the dedicated endurance bike with its increased tyre clearance for the spring classics. 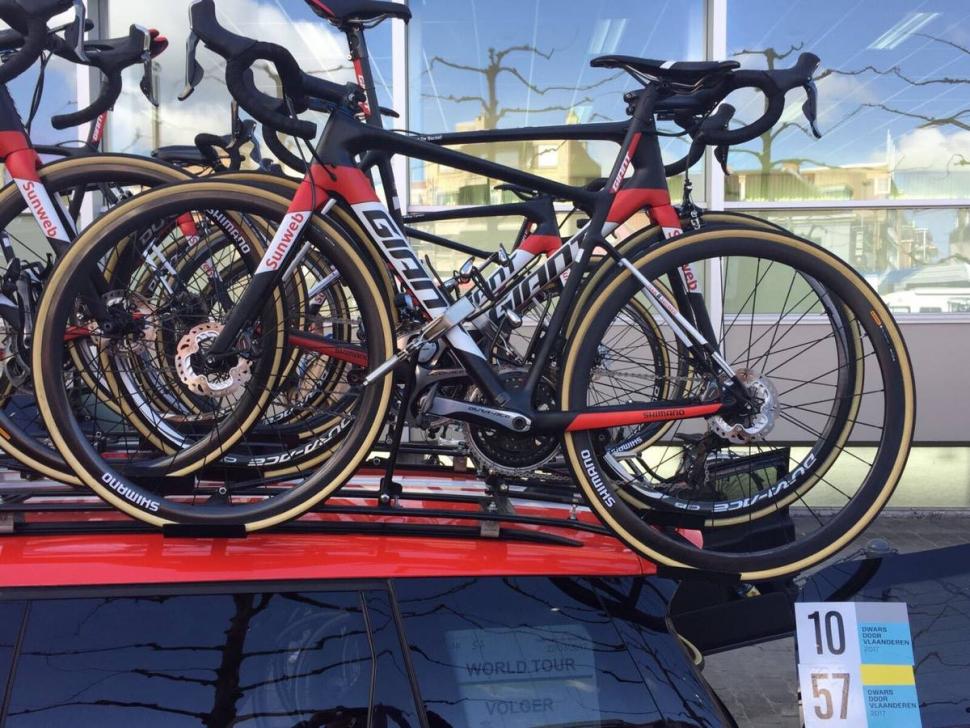 As well as accommodating bigger tyres, the Defy also provides a more compliant ride through the use of a special carbon fibre layup and careful tube shape  The most notable feature is the integrated D-Fuse seatmast which allows the saddle to move back and forth under impacts. The geometry is more upright than the TCR Advanced so we see the fitting of negative rise stems to replicate the slammed position that racers generally prefer.

Shimano’s brand new Dura-Ace R9170 Di2 groupset with the latest generation hydraulic disc brakes will be used for the first time in the professional peloton. It’s the Japanese company’s first dedicated Dura-Ace level disc brake groupset, and heralds a number of changes, including lower weight and dedicated Dura-Ace rotors that bring better heat management properties, and a claimed “30°c reduction in rotor temperature over Shimano’s ICE Technologies Freeza rotors,” according to the company. The spare bike above shows a regular disc rotor, whilst the photos of the bike Matthews will race shows the newer rotors.

Our Mat got to ride the new groupset and disc brakes and you can read his first impressions here.

The team is also pairing the new Dura-Ace 40mm carbon fibre rims with the disc brakes but the simple Shimano sticker differs from the production versions Shimano unveiled at its launch last year, so could they be something different, or just pre-production samples.

"We chose this setup, with the disc brakes, for the upcoming cobblestone classics because we believe they will offer us a competitive advantage," said Tom Davids, Team Sunweb's R&D expert speaking to Cyclingnews today. Aussie sprinter Michael Matthews will be hoping for some good results in the races that suit his strengths, and he’ll apparently be riding disc brakes. Though he hasn’t raced with disc brakes yet, he has been using them in training and it sounds like he’s impressed with the braking performance and sees disc brakes as the natural evolution of cycle racing.

"The braking is really amazing," Matthews said speaking to Cyclingnews. ”It really feels like a mountain bike and I love the braking on mountain bikes. It's not too much and it's not too little; it's really the perfect balance of braking.” 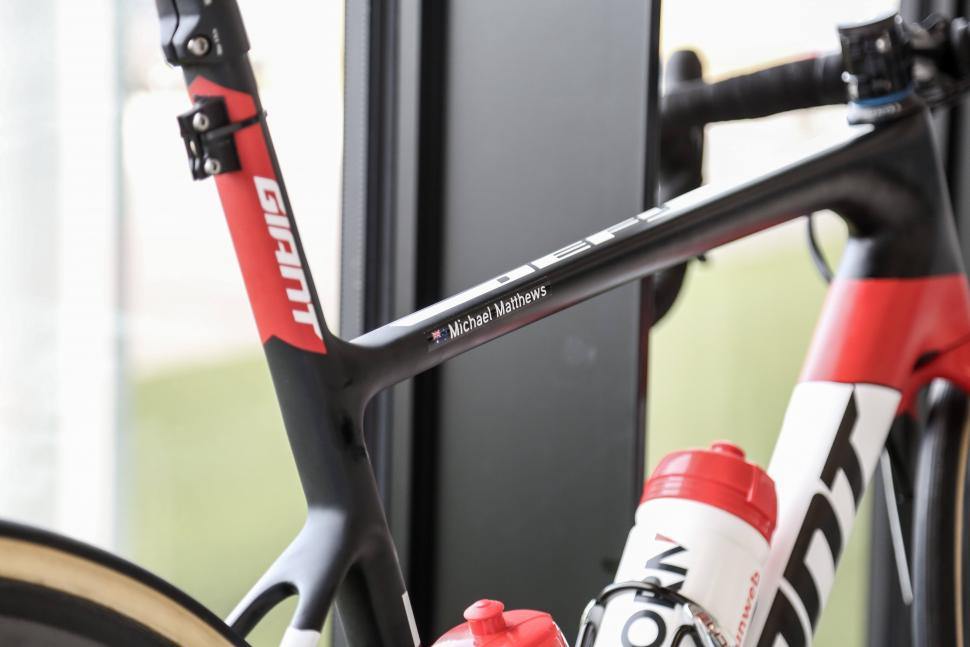 We'll be paying particular attention to the Dwars door Vlaanderen race today to see how the team gets on.

1
Concerns over future of Sheldon Brown’s website as bike shop where he worked closes down
2
WiggleCRC to be taken over by German online giant
3
Rapha launches lightweight titanium accessories for bikepacking with Snow Peak
4
Pothole reportedly caused crash in which e-bike rider died
5
Kickstarter campaign cancelled for kit available only to those who ride fast enough
6
Supersapiens comment on UCI ban of blood glucose monitoring devices from in-competition use
7
Three chances to win with Hunt! Wheels, a ride in Tour of Britain team car and tubeless kit must be won
8
"Angry and fed up" female cyclist confronts male driver who made sexual remarks at her