A company we’ve never heard of before, APRO, has shocked attendees of the Taipei International Cycle Show this week with the unveiling of its all-new Ranger full-suspension gravel bike.

Blurring the line between road and mountain bikes more than most, the Ranger comprises a short linkage rear suspension assembly in unison with an upside down suspension fork. Is it just a full-suspension mountain bike with drop handlebars? And what would John Tomac make of it all?

We don’t have specific details on how much travel the bike offers front and rear yet, but we’d hazard a guess it’s somewhere between 30 and 60mm. The bike sports a new X-Fusion upside down suspension fork and rear shock unit, both featuring adjustment knobs to presumably allow the limited suspension travel to be locked out. 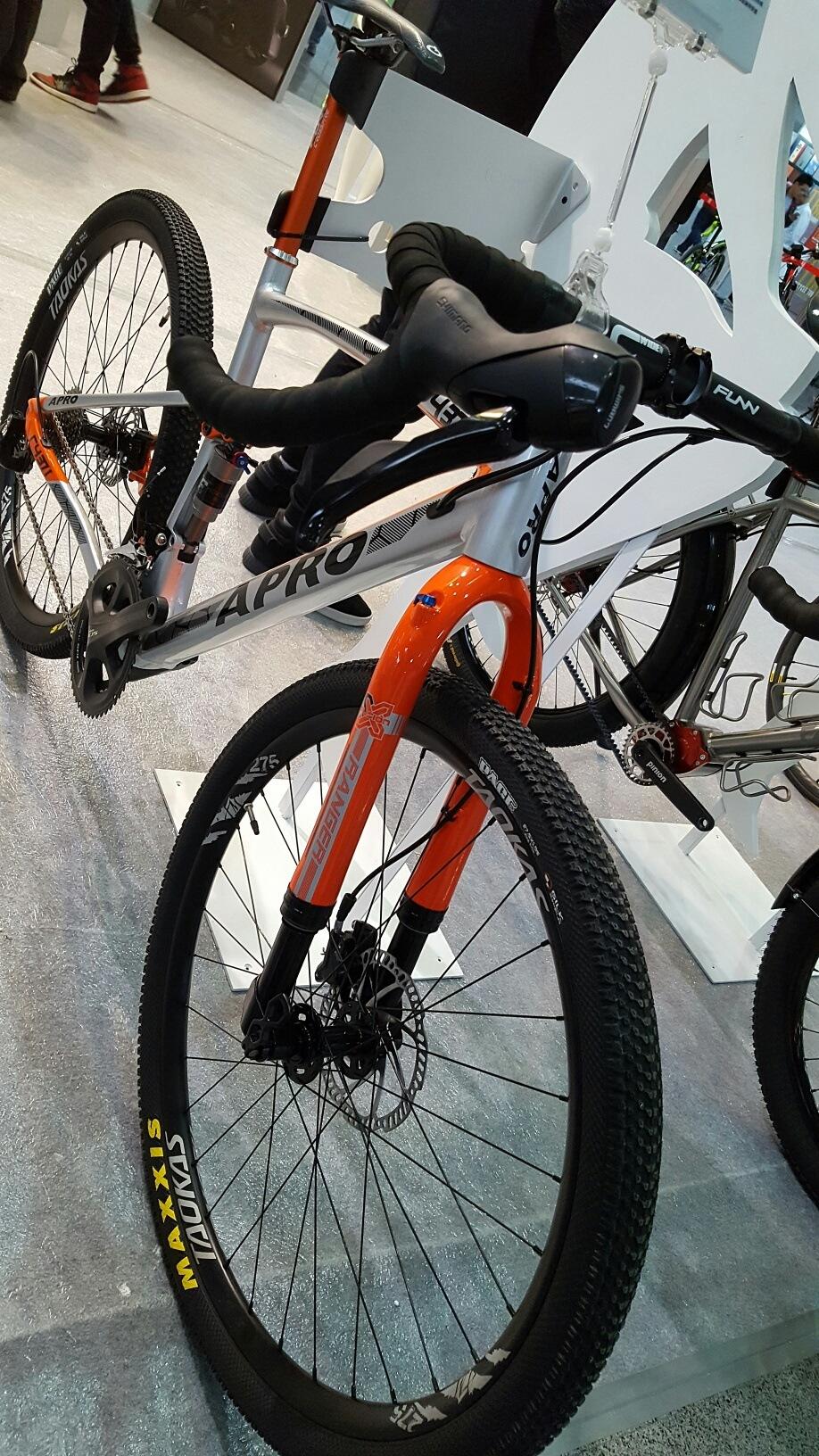 The bike is built around 650b (or 27.5” in mountain bike speak) wheels with clearance for up to 2.0in tyres. The big volume tyres will also contribute to the vibration damping qualities of the bike as well. While only just revealed and details are scare, it’s already bagged an award in the IF World Design Guide.

- Is Fox about to release an Adventure Cross suspension fork? 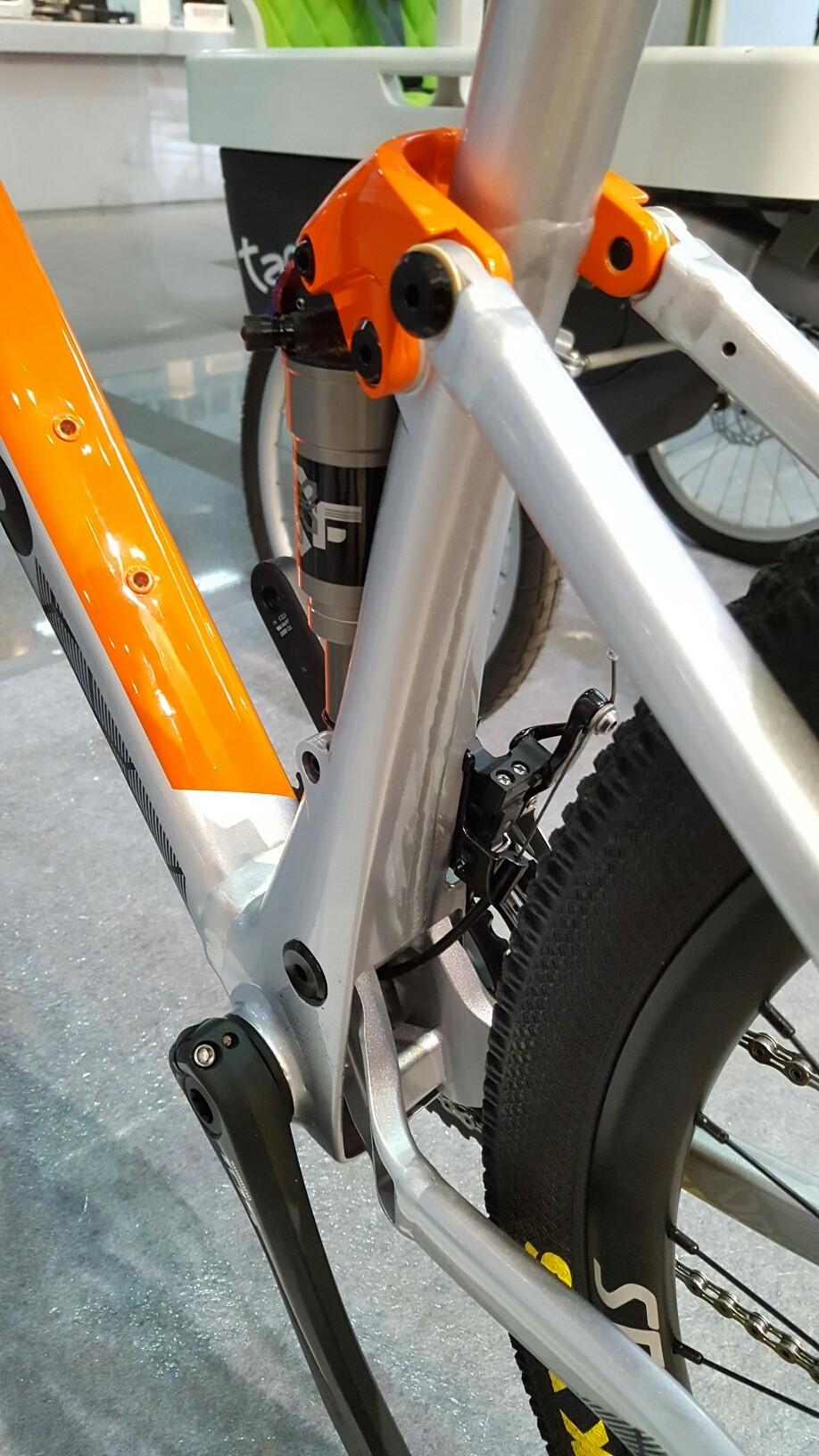 Is suspension the big area of development for the next generation of gravel and adventure bikes? We've already had the Cannondale Slate, more of a Road Plus bike than a dedicated gravel bike, and Fox is close to launching a suspension fork for the gravel market. And let's not forget the distinctive Lauf Grit fork too.

The Ranger is a completely new concept for a gravel bike, which has a full suspension system; through its miniaturized suspension system and 2-inch tires, it reduces vibration and brings maximum riding comfort when traveling on gravel roads. Furthermore, the road bike gear ratio preserves the joy of speed and pedaling efficiency even through intermediate cross-country paths and jumps. The Ranger provides longer rides under various road conditions, allowing you to have more fun on your trips. 1
Cyclist on motorway pedals past sign warning of … cyclist on motorway
2
Near Miss of the Day 551: Close pass leaves cyclist in shock – driver then offers to donate to charity to stop case going to court
3
Video: Right-turning van driver crashes into cyclist – but escapes prosecution
4
Win! £1,500+ worth of Pacenti carbon wheels, alloy wheels and cycling caps with multiple prizes to be won
5
Festka marks 10th anniversary with ultra-cool limited edition bikes
6
Mathieu van der Poel's broken Canyon Aeroad bar could have been caused by collision with car, claims his father
7
Bath golf club set to be transformed into bike park
8
'Incredibly talented' police officer killed after being hit by motorist while cycling