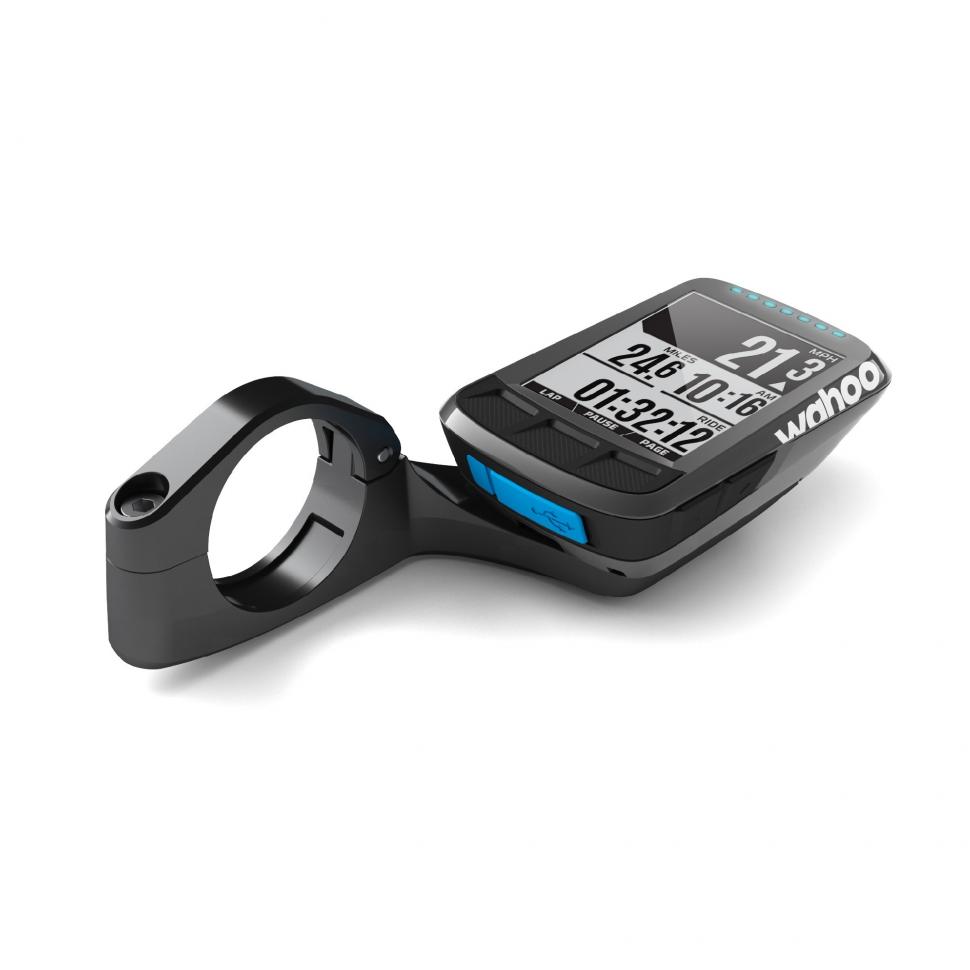 Wahoo Fitness has just revealed the Elemnt Bolt which it says is the first GPS cycling computer and mount developed as an integrated system to reduce drag.

“When tested against leading competitors using computational fluid dynamics (CFD), the Elemnt Bolt system reduced air resistance by over 50 percent – equating to a 12.6 second time reduction over a 40km (25 mile) time trial course for a rider traveling at 21mph.”

Yes, before anyone points it out, a rider traveling at 21mph is going to cover 40km (25 miles) in the same time whatever bike computer is fitted. What Wahoo means is that the reduced air resistance will result in the rider actually going a little faster than 21mph with the Elemnt Bolt fitted for the same power output, or that they’ll be able to hold 21mph at a slightly lower power. 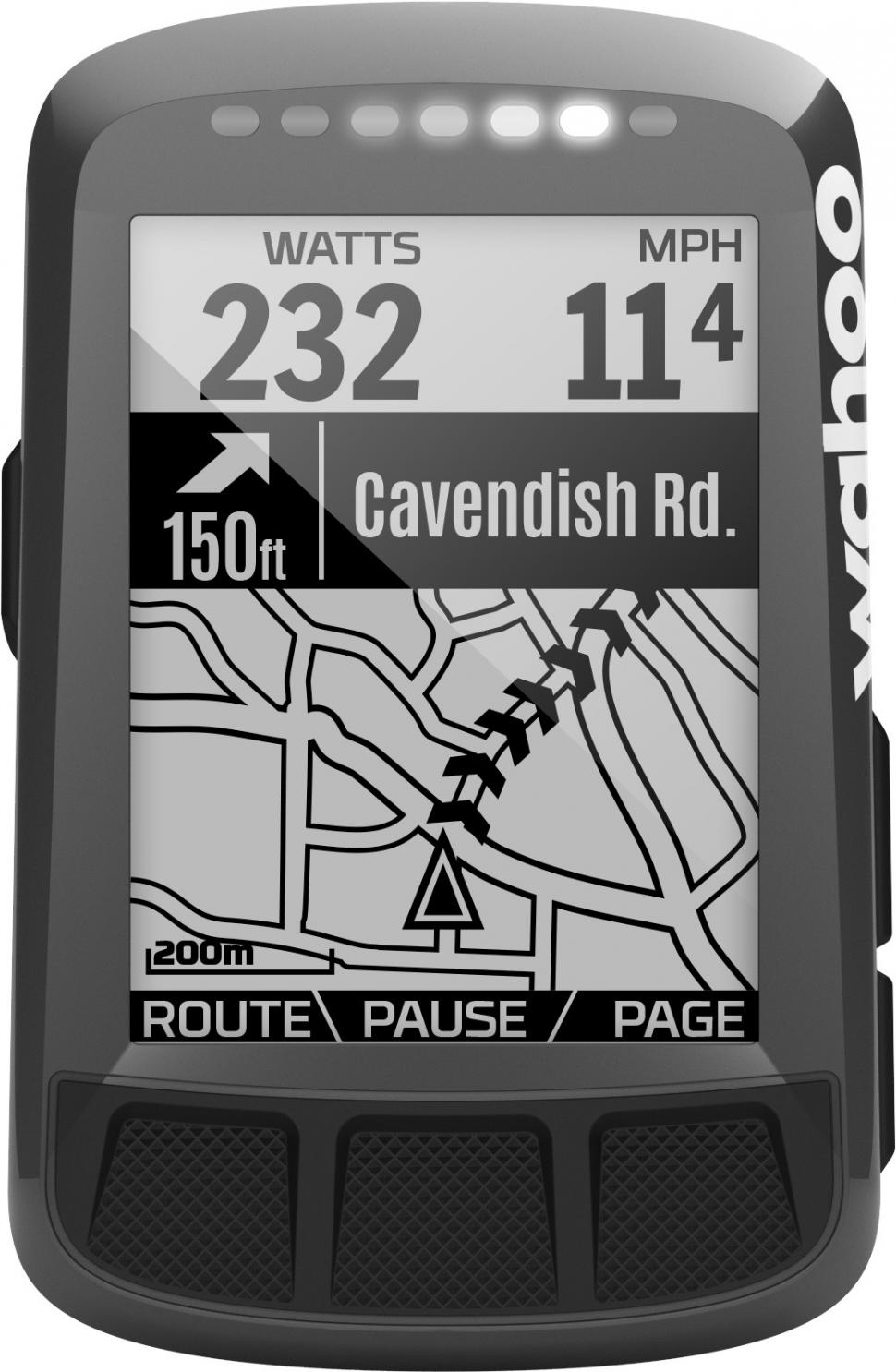 Wahoo collaborated with cycling aerodynamics expert Dimitris Katsanis to develop and test the Elemnt Bolt. Katsanis played a major role in designs used by British Cycling and the Team Sky road and time trial bikes ridden to victory in the Tour de France in 2015 and 2016. 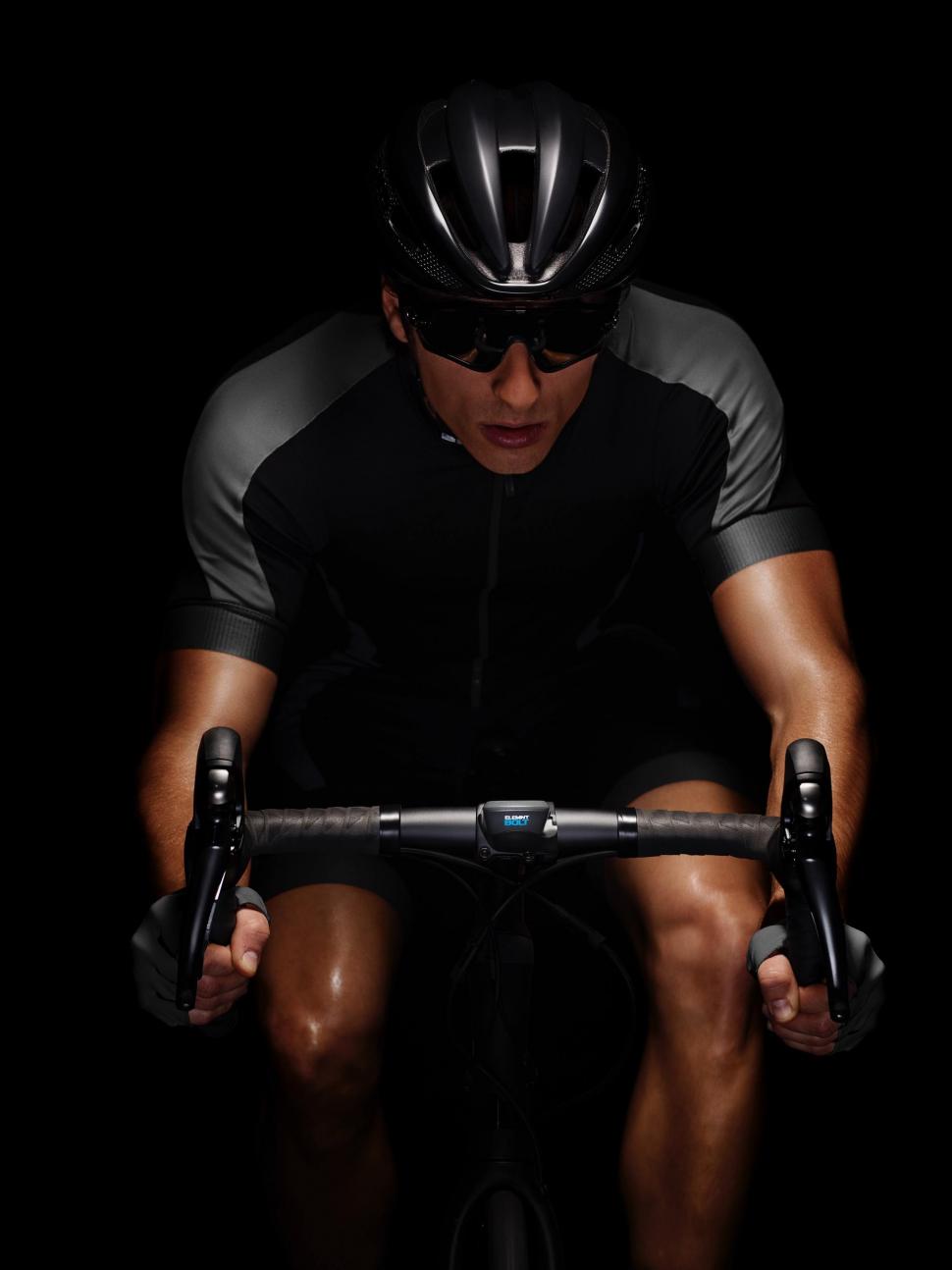 “In recent years, the sport of cycling has placed a premium on the study of aerodynamics and gaining a mechanical advantage wherever possible,” said Katsanis. “With this in mind, Wahoo created a bike computer design that lends itself to actually improving results on the bike, in addition to tracking them. We thought about the desired result and worked backwards from there, designing the computer and mount as a single integrated aerodynamic package while still delivering on the core Wahoo user experience.”

The Elemnt Bolt uses the high-contrast 2.2in display and QuickLook LEDs that Wahoo introduced on the Elemnt, and provides easy access to relevant ride data, plus call, text and email notifications. Elemnt Bolt is equipped with WiFi for over-the-air updates and both ANT+ and Bluetooth, allowing it to connect to sensors of all kinds and electronic shifting systems.

As with the Elemnt, all data fields and page configurations on the Elemnt Bolt can be customised via a companion app that’s available for both iOS and Android.

Pre-loaded with maps from around the world, the Elemnt Bolt integrates with popular cycling platforms like Strava Live Segments, Best Bike Split Race Plans, and Ride With GPS.

Check out our review of the original Wahoo Elemnt here.

It sounds like Wahoo is really taking a shot at Garmin, the brand that dominates the cycling GPS market, with this launch. It'll be interesting to check out how it performs so we'll try to get a review sample in as soon as possible.

Elemnt Bolt retails for £199.99 and is available now from wahoofitness.com and bike dealers.