We had our first close look at Cervélo’s latest R5 at the Strade Bianche professional road race in Italy over the weekend, with a large number of the Dimension-Data team on the camouflaged bike. The new bike first broke cover at the Dubai Tour.

We know it’s a replacement for the existing R5, and not a new model in the range because it’s listed on the UCI’s approved bikes database, updated regularly as manufacturers seek approval from the governing body to put new bikes between the legs of professional racing cyclists. 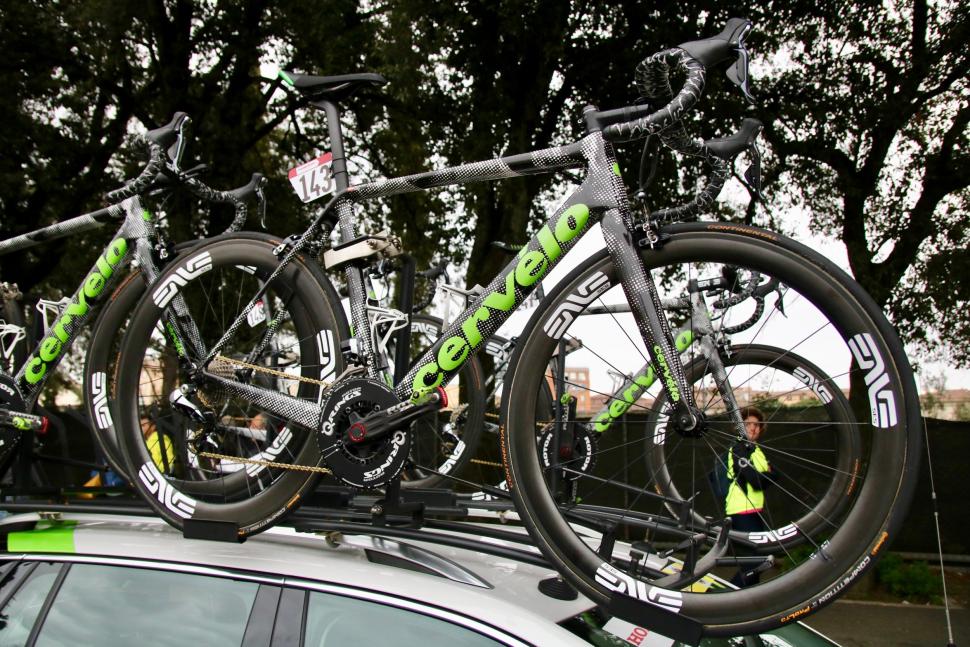 It’s been a few years since the original R5 launched in 2013 when it came off the back of the stunning RCA, a US-made 670g frame with a staggering $10,000 price tag. So it's prime for an update. And it looks like aero enhancements are the order of the day here, presumably with the same low weight we've come to expect from the company's flagship R-series models.

The new R5 frame and fork has a layer of camo tape laid over its surface to disguise its true identity, but it certainly makes the new bike easier to spot when racked up with current Cervélo race bikes being used by the team, and it’s also easy to detect the differences in the tube shapes and profiles from the current R5. 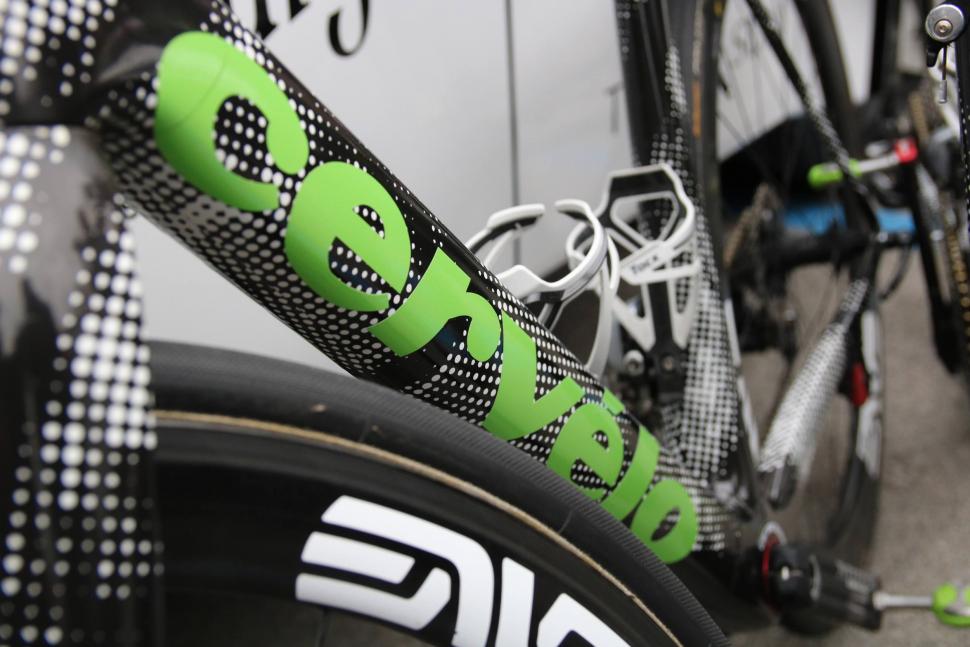 So what are the changes then? The most immediately obvious difference is the new down tube. It’s fatter and has a distinctive rounded front section with a chopped tail, a modified Kamm Tail shape essentially, that a handful of other bike manufacturers are using. There’s also a newly internalised seat clamp, with the bolt recessed behind the seat tube. The fork appears to be new, and the chainstays look chunkier than the current generation R5. Cables are still routed internally, with the Di2-equipped team bikes using a small port on the underside of the top tube. There appears to be a rubber bung block a port on the top tube as well, which could be another internal routing option for other groupsets. That focus on aerodynamics on a bike otherwise designed to be light and stiff is a move we’re seeing from other manufacturers and is gradually blurring the traditional line between an aero road bike and a regular, non-aero race bike. The latest Canyon Ultimate CF SLX is one such bike that springs to mind in combining some aerodynamic benefit in an otherwise light and stiff general purpose bike design. Some manufacturers have adopted Shimano's direct mount brake standard, but Cervélo has stuck with regular dual pivot brakes. We expect that means the new R5 will have clearance for wider tyres as well. And here's the bike being ridden in a recon of the Strade Bianche race at the weekend.

We won’t know the full details of the new bike until the Canadian company decides to release it, we’ve contacted Cervélo to try and find out when that might. 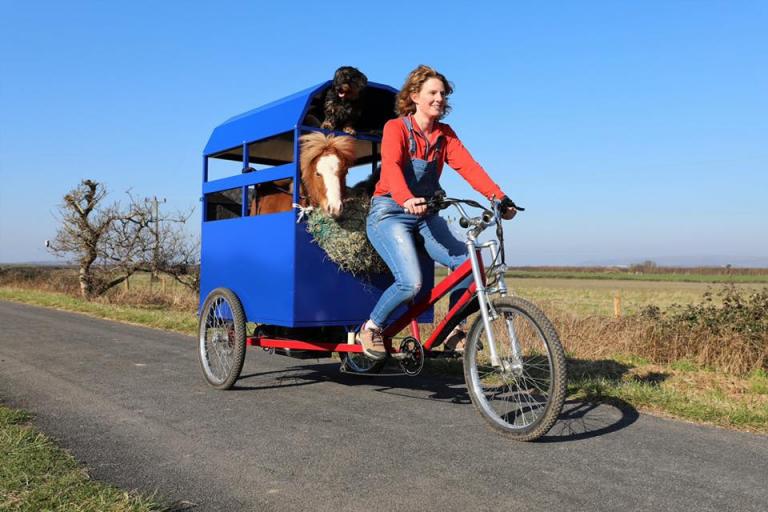 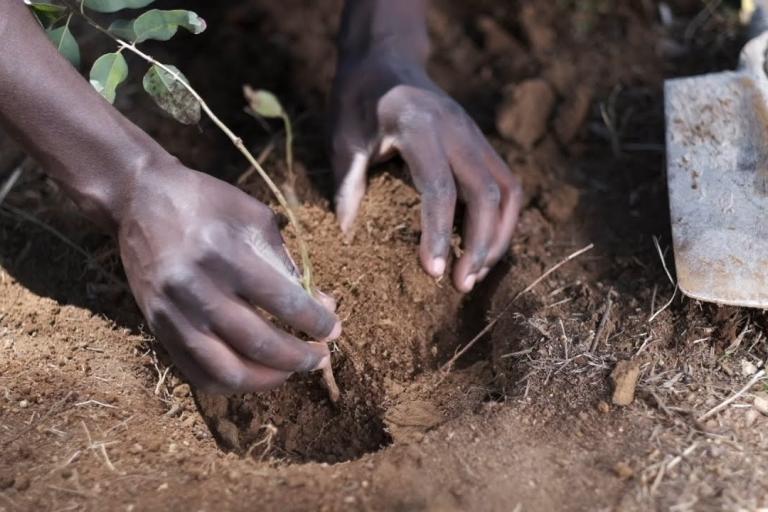 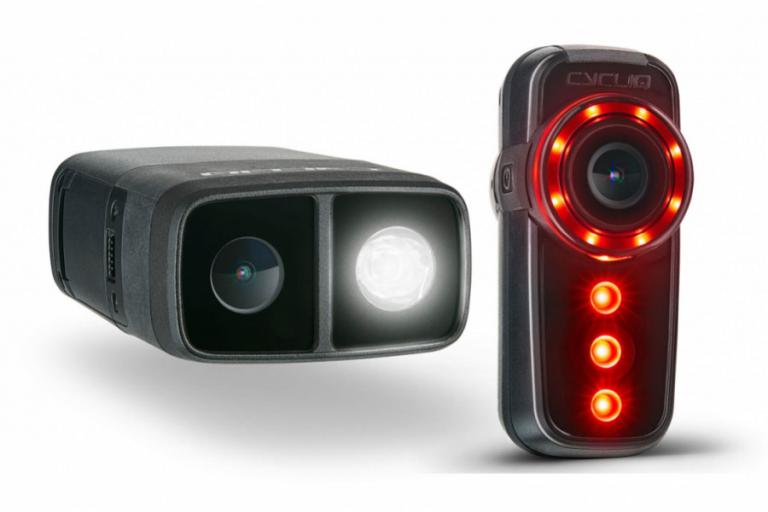 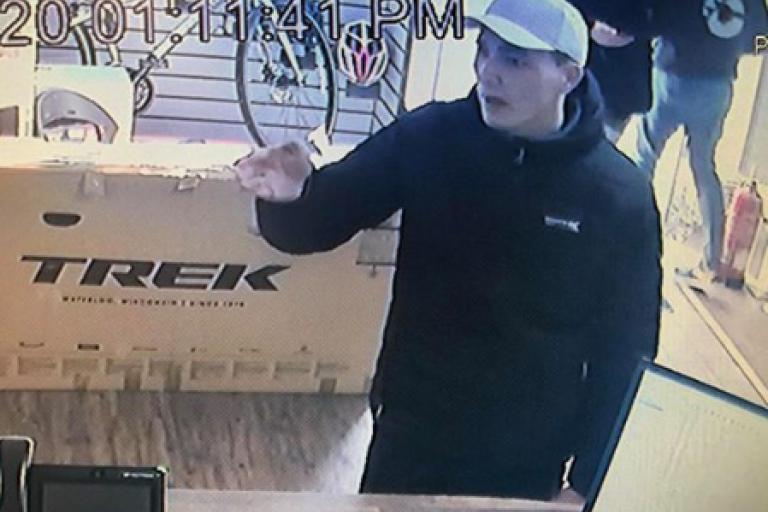