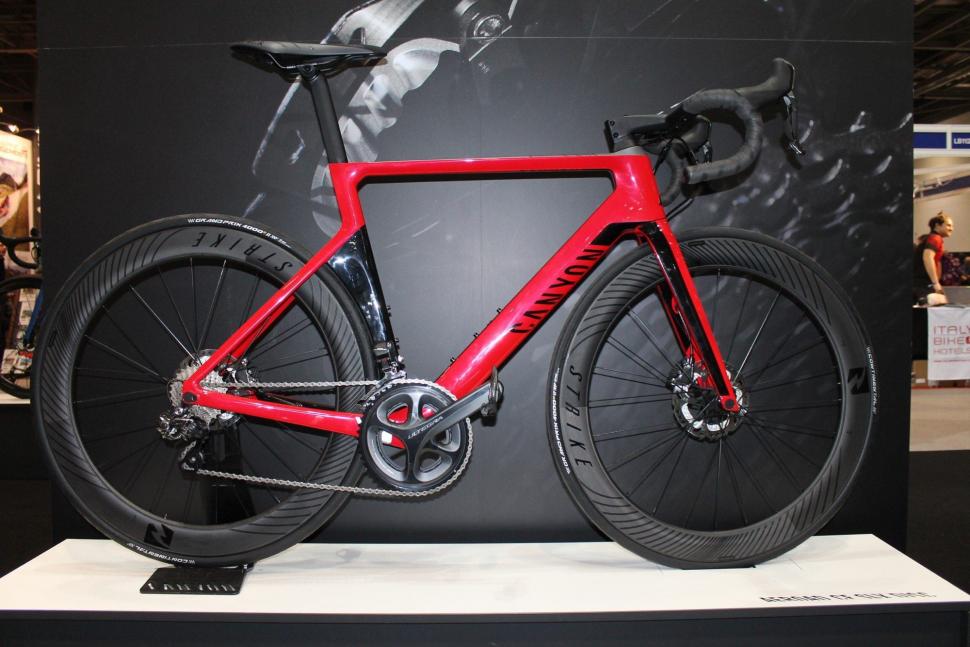 road.cc is at the London Bike Show today and I’m taking a quick break from looking around to share a few pics with you.

I’ve only got a mo – I need to get back out there amongst it – so this is going to be a bunch of pics and very few words. Think of it as an amuse-bouche (if you get involved in such things).

Canyon has the new disc brake versions of its road bikes, the Aeroad... 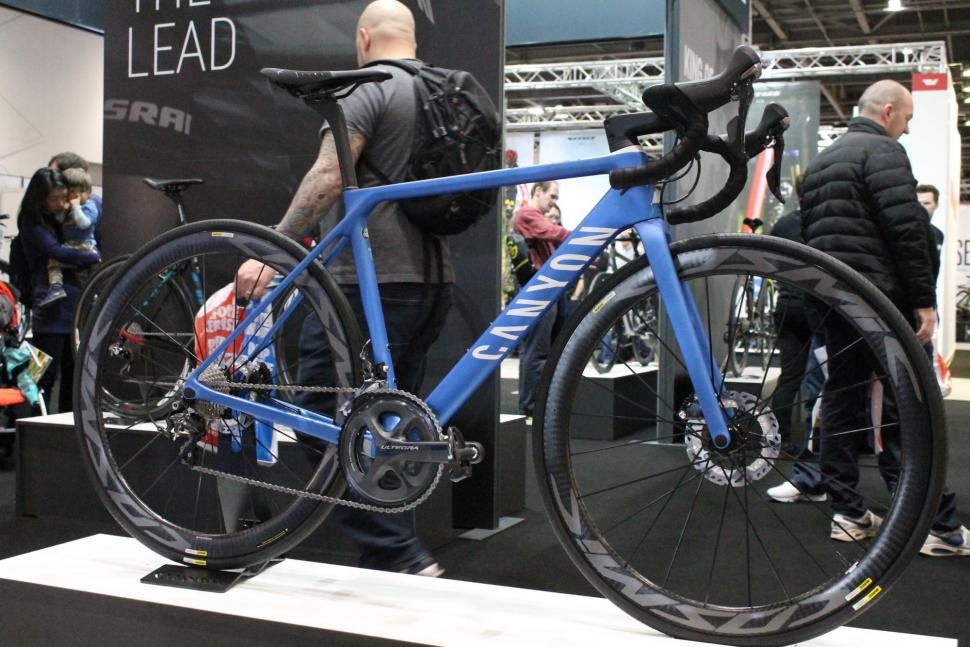 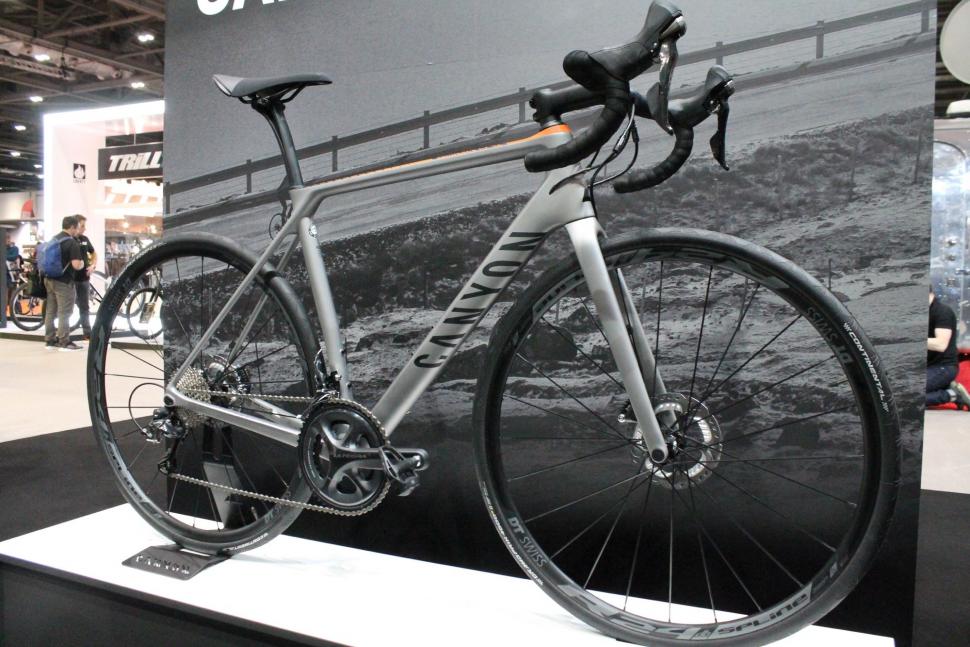 It’s worth saying right at the start that there are loads of disc brake road bikes here, if that’s your thing. 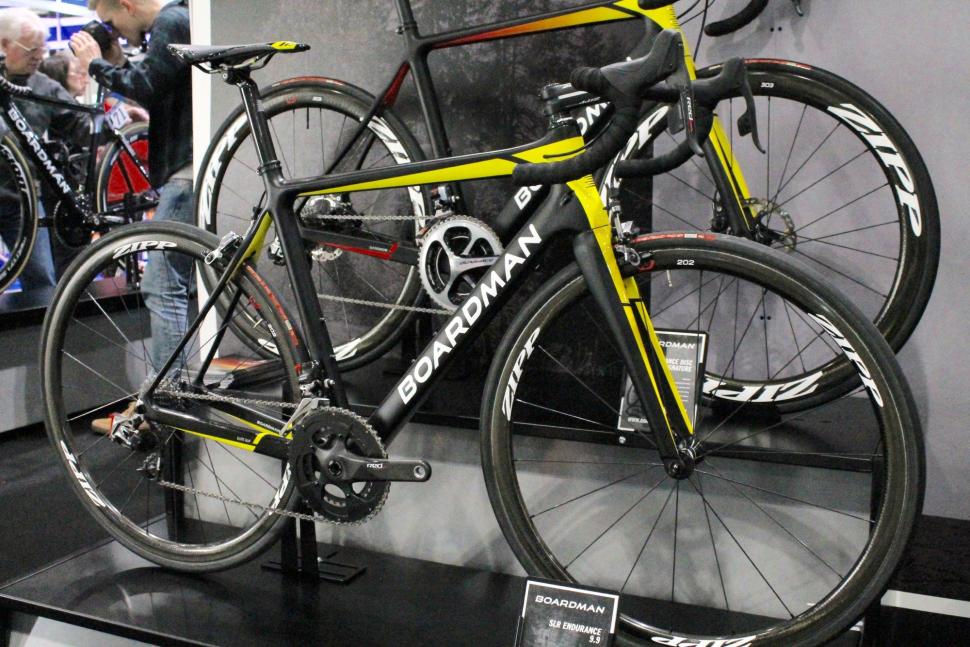 Boardman has its entire range on display. This is the £5,299 SLR Endurance 9.9 complete with a SRAM Red eTap groupset and Zipp 202 wheels. The Road Team Carbon is more affordable; it was £900 but it’s now £800. It has a largely Shimano Tiagra groupset and TRP dual pivot brakes. 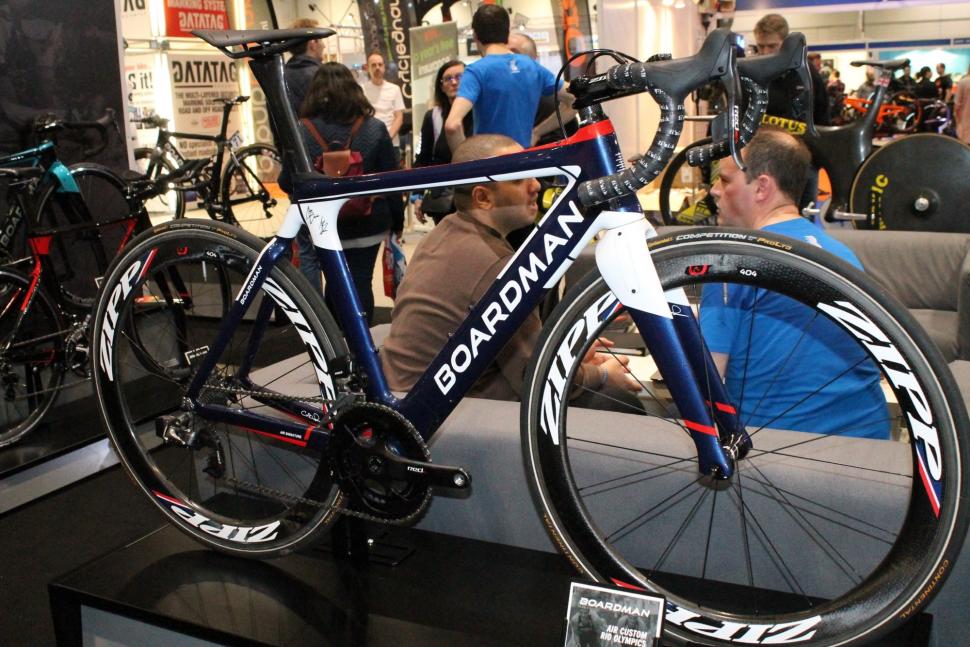 There are a couple of real showstoppers on the stand. This is the Air Custom Rio Olympics. 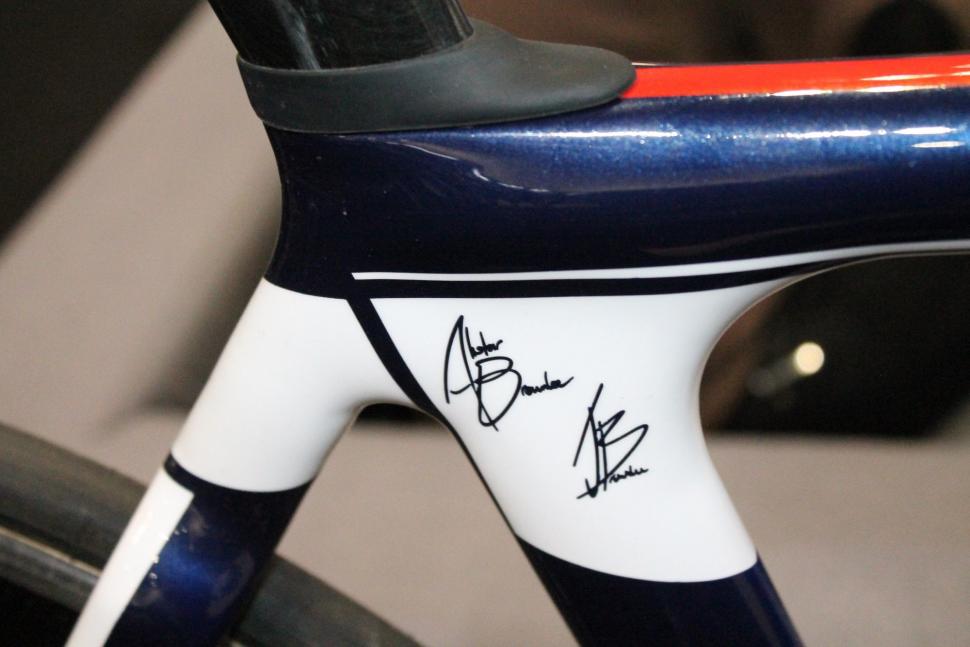 The other stunner isn’t a Boardman bike as such, it’s the Lotus 108 that Chris Boardman himself rode to take the gold medal in the 4,000m pursuit at the Barcelona Olympics in 1992. In these times when GB rules the world on the track, it’s strange to think that this was the first British track cycling Olympic gold since the Stone Age (or something). 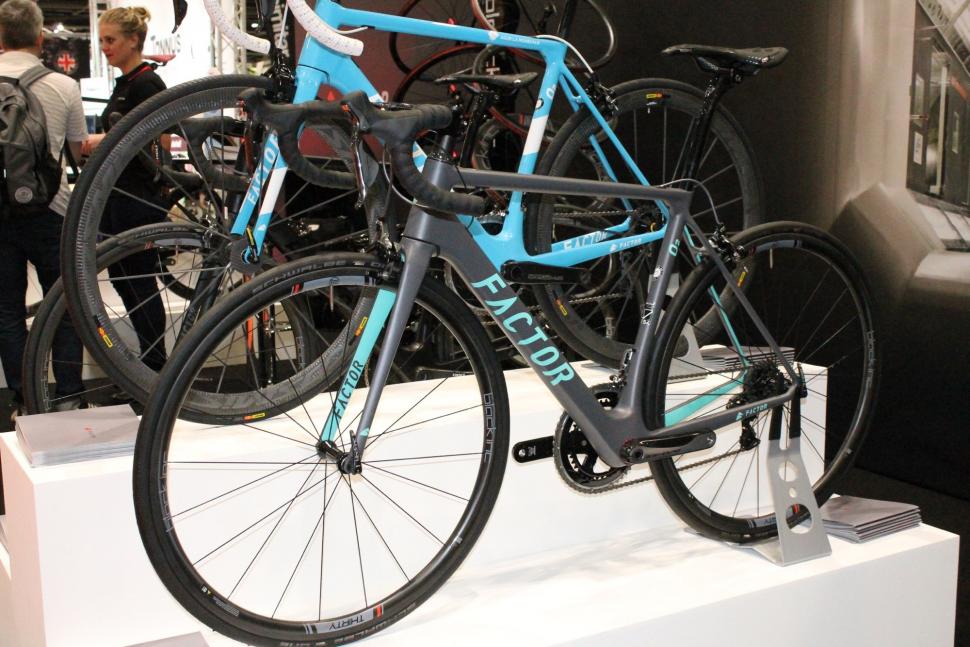 Factor, another British brand, has just become bike supplier to WorldTour team AG2R-La Mondiale. Most WorldTour teams work with brands that produce disc brake road bikes, so will Factor be supplying AG2R with a disc model? Nope. Not yet, at least. There’s nothing imminent. 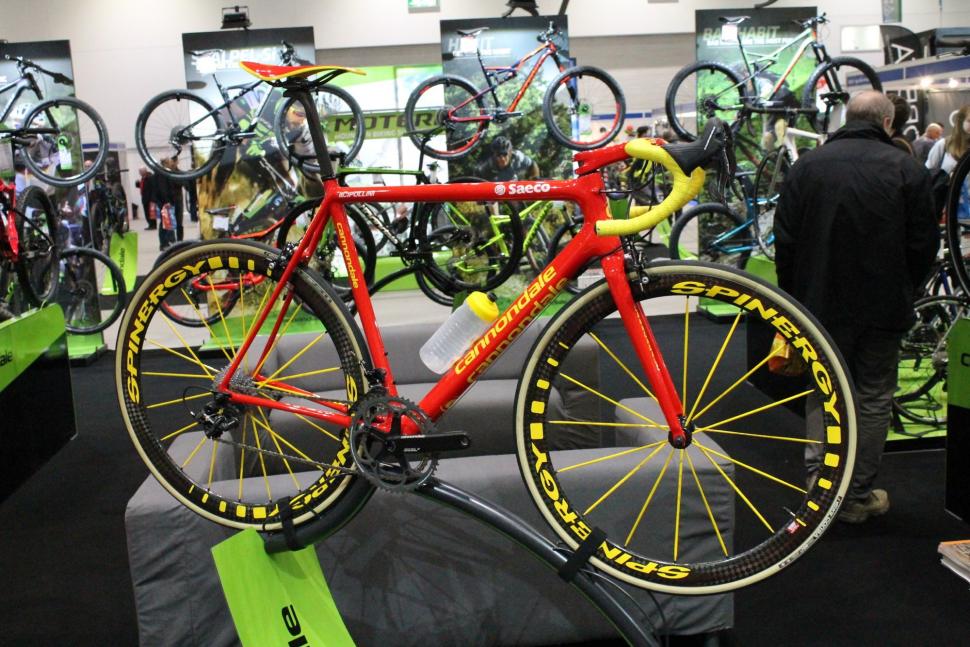 Whoa! There’s a blast from the past: a Mario Cipollini Cannondale complete with Spinergy wheels. That's a modern SuperSix Evo under the paintjob, by the look of things. 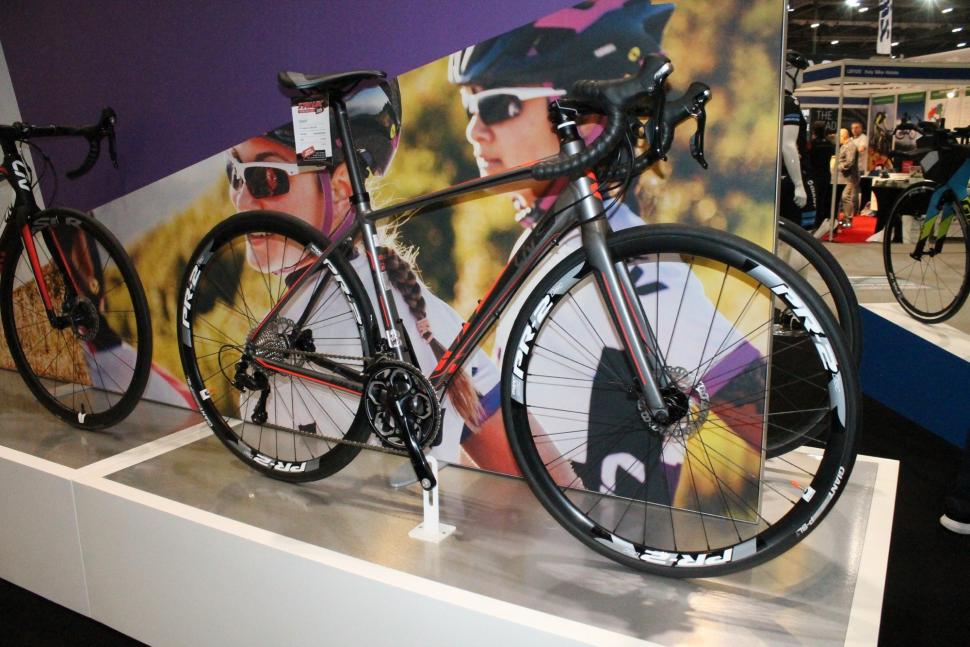 A touch more accessible, this is a Liv (Giant’s women’s specific brand) Avail SL 1 Disc with an RRP of £1,149. 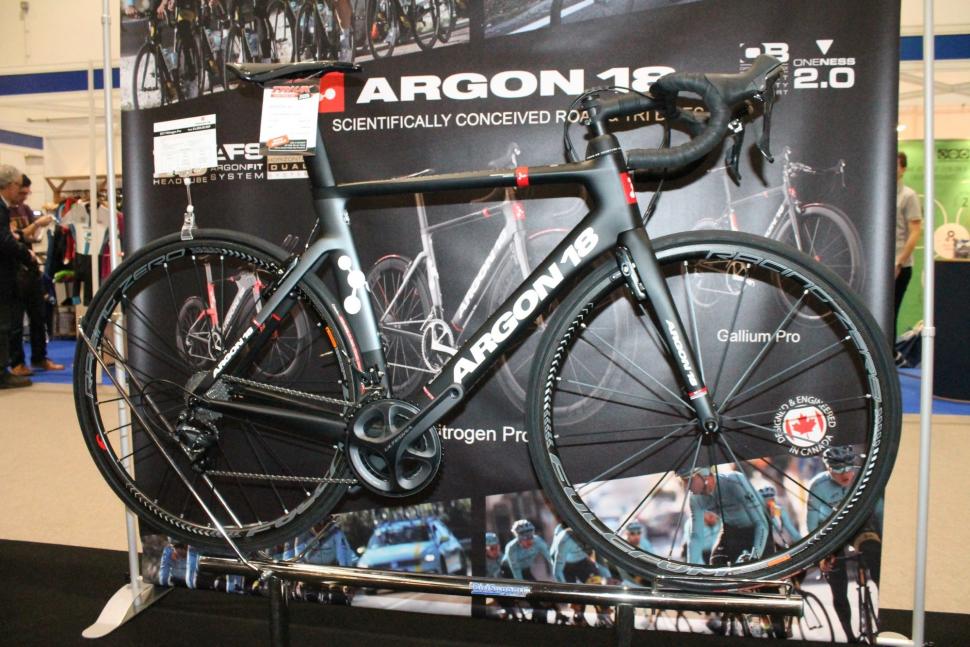 Argon 18 has some very cool looking bikes these days. We’re trying to convince the brand to send us a Nitrogen Pro to review. You’re looking at just under £5,000 for this model. 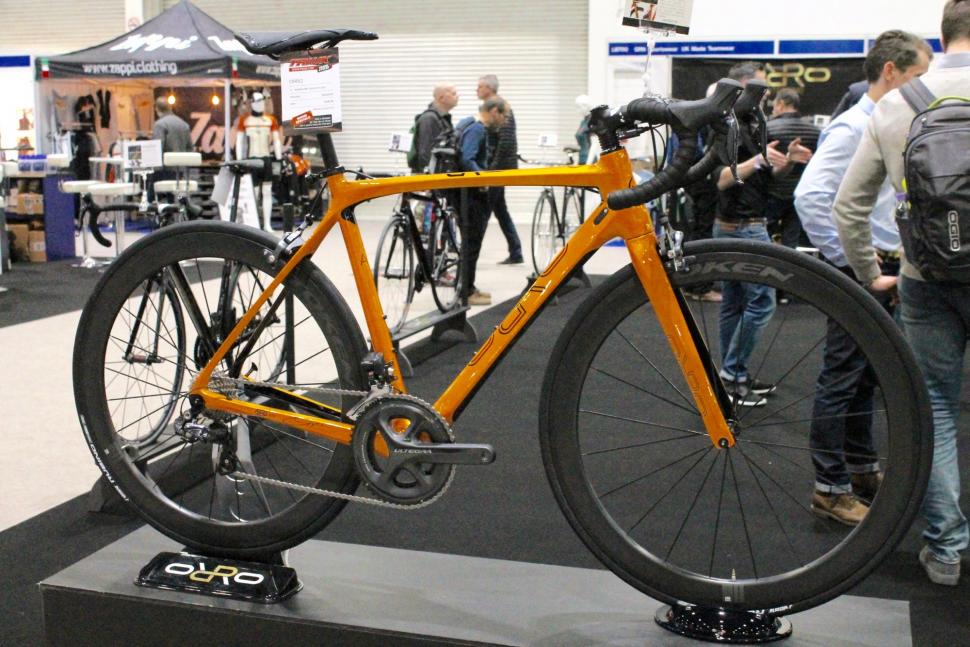 Orro’s Gold STC Signature (£3,599.99 in this build) is another good looking bike, especially in this finish. 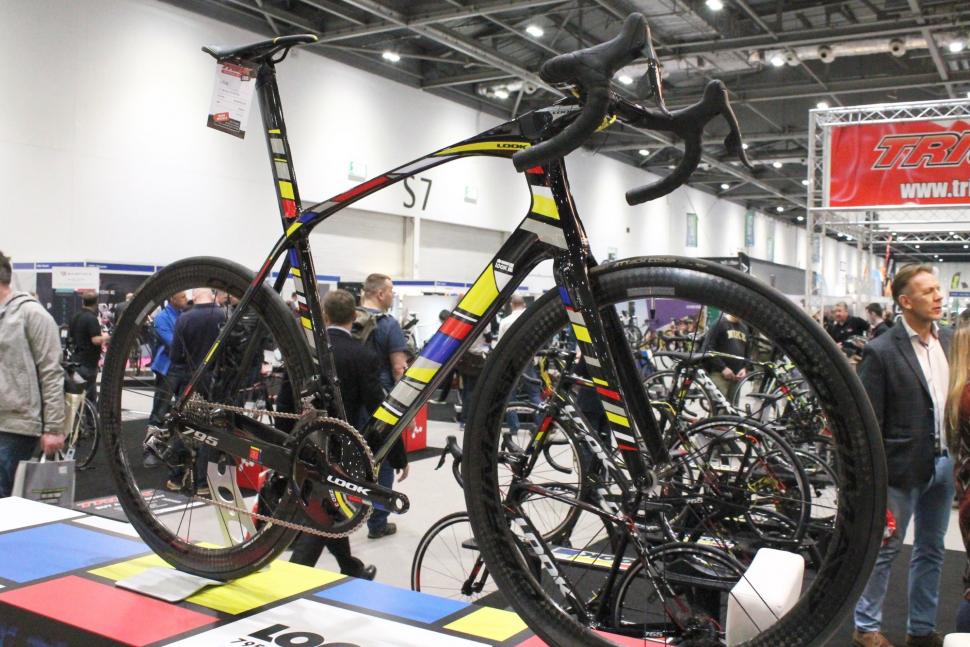 The unusual front end of Look’s 795 Aerolight divides opinion in terms of looks. We’ve not heard many people complain about this limited edition finish, though, designed to celebrate the 30th anniversary of Greg LeMond’s 1986 Tour de France win, his first and also the first on a carbon-fibre bike. 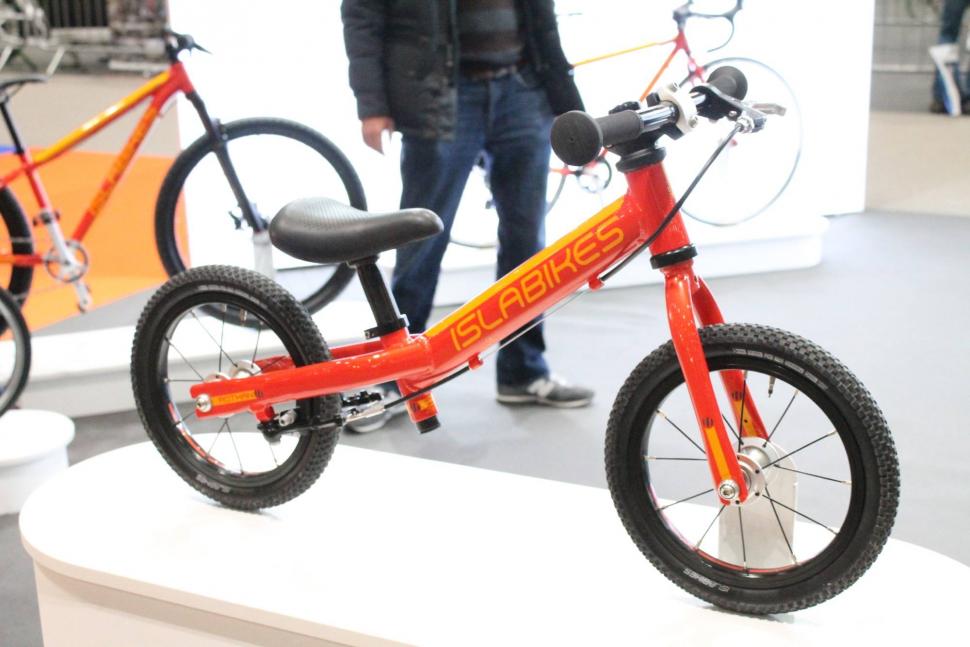 IslaBikes is here. This is the Rothan. Sadly, not available in adult sizes.

Right, that’s a very quick look at some of the bikes that caught the collective road.cc eye on our first lap of the show. There are many, many more bikes of all kinds here… speaking of which, we need to get back out there to see them.

London Bike Show is taking place at ExCel and runs until Sunday 19 February 2017.