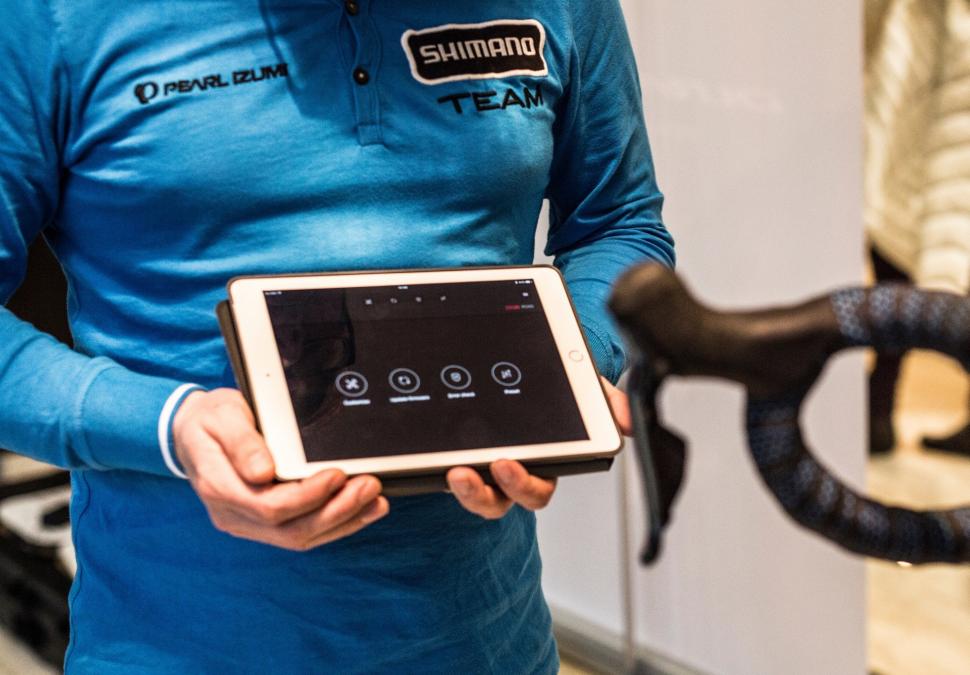 Shimano has released the latest version of its E-Tube Di2 programming app for Android and iOS platforms, allowing you to customise Di2 functions wirelessly through Bluetooth-enabled tablets and mobile devices. To connect to the app you need Shimano’s new internal battery (BT-DN110) and, on the road, Shimano’s new EW-WU111 wireless unit.

Last year, Shimano introduced its iOS app for phones and tablets, compatible with XTR and XT Di2 mountain biking components. Now Android users can also download the apps which have been updated to be compatible with all Di2 components, including the latest Shimano Dura-Ace Di2 (R9150) components. 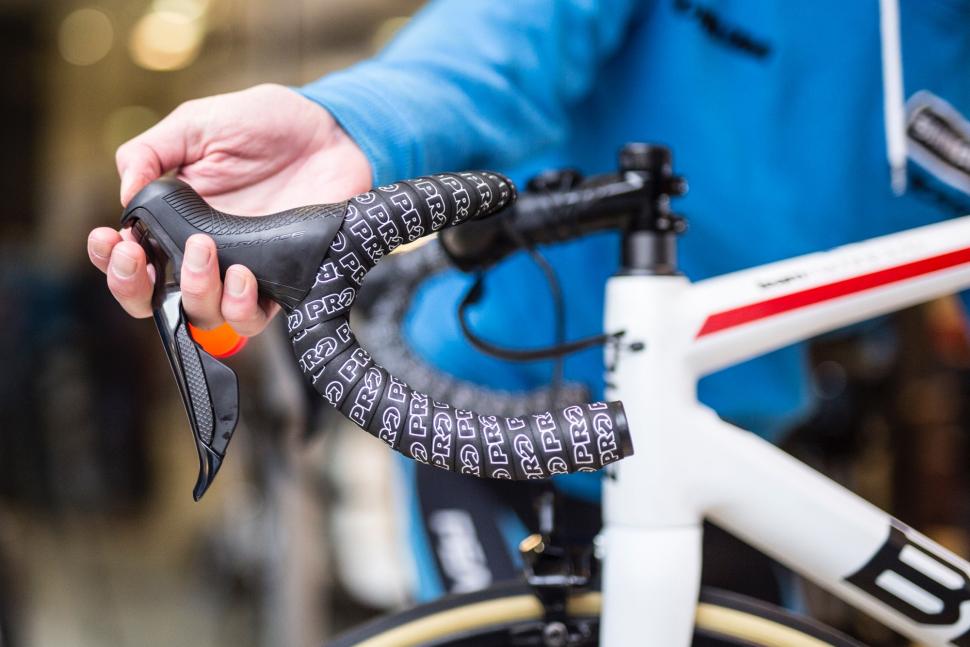 You control Shimano’s Dura-Ace and Ultegra Di2 road groupsets either by the shifter buttons behind the brake levers or via satellite TT/triathlon, sprinting and climbing buttons. Additionally, you can use buttons hidden in the top of the Dura-Ace Di2 shifters.

These top hood buttons can also be programmed to control third party devices. For example, you can use them to scroll through Garmin bike computer menus. This functionality on third party computers also allows you to see Di2 system information such as the battery level and the gear you’re in. These functions can be programmed through the app or through the PC software. 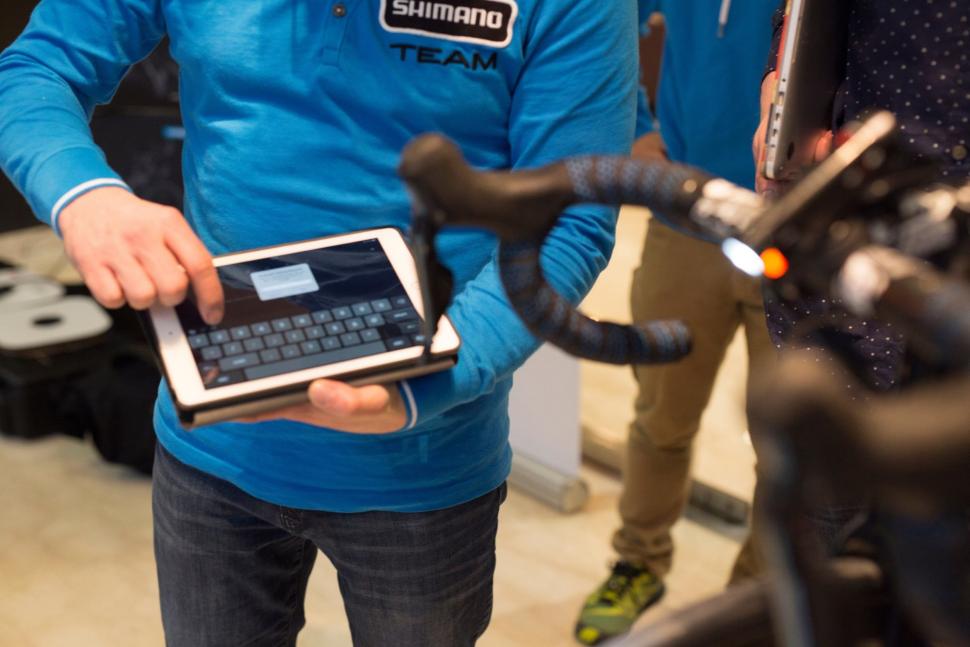 The app also allows you to swap the functions of the buttons if you wanted a customised setup. Mountain bikers can use the app or software to instruct their Di2 buttons to operate compatible suspension systems.

You can customise shift speed, multi-shift options and Synchro Shift through the app too.

Find out about Synchro Shift here.

The new E-Tube app is available from Shimano’s website.