Basque company Orbea’s new Terra adventure and gravel bike has already been spotted in the wild but it was at the annual Bike Place trade show in Silverstone this week that we had our first close look at the new model.

And in case you’re wondering, the black and white paint job is what Orbea uses when it wants to keep prototypes a mystery ahead of an official launch. It last used it for its time trial bike ahead of the 2016 Tour de France. And no you can’t buy it in this colour, we did ask. As you know, the gravel and adventure bike category has exploded in popularity this past year with more manufacturers adding to the growing choice. Orbea has designed a carbon fibre frame and fork with flat mount disc brakes, thru-axles front and rear and clearance for up to 40mm tyres, ticking all the critical boxes expected of such a bike. 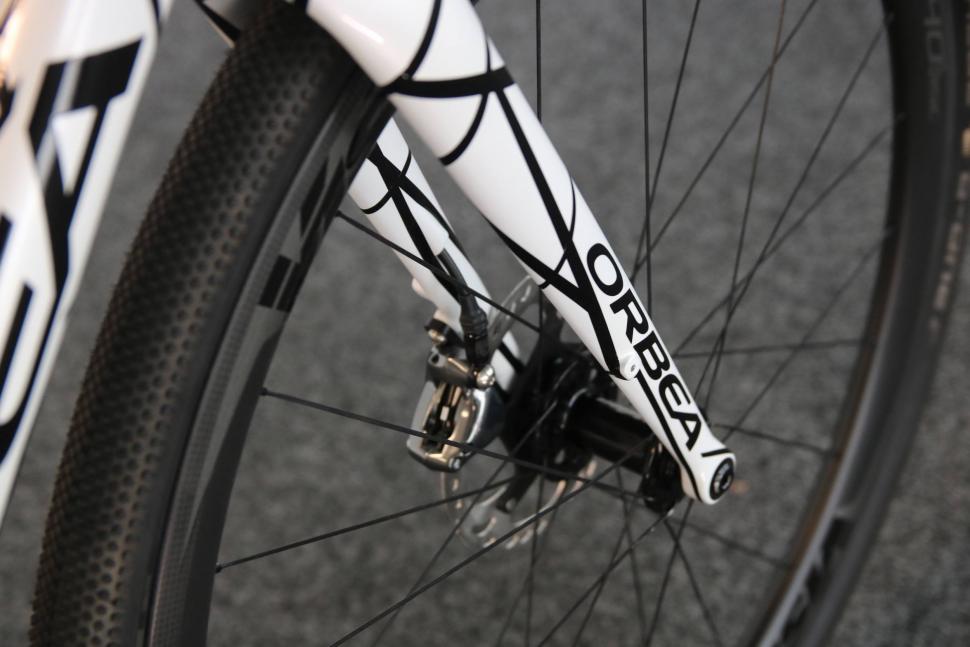 Orbea has also included mudguard mounts on the fork and frame, with a removable mount that can be fitted to the seatstays in the absence of a conventional brake bridge.

While the paint job does go some way to disguising the lines of the bike, it’s clearly an elegant looking design with slender and straight fork blades and very skinny seatstays. All cables and brake hoses are routed inside the frame and fork to maintain the clean lines of the bike. 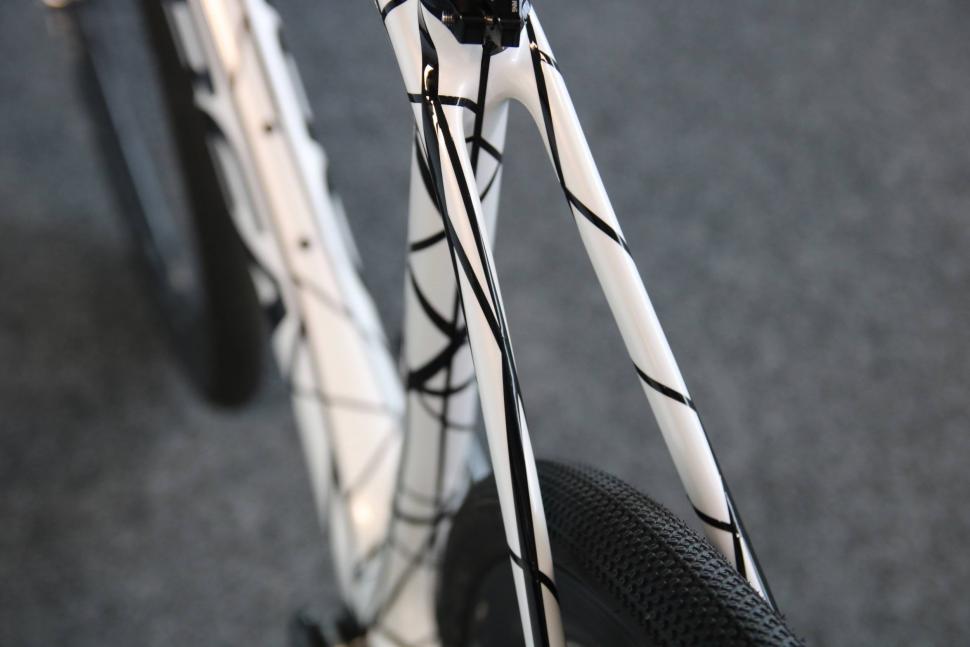 The frame is constructed from Orbea’s OMP high-modulus carbon, one step down from the highest quality OMR carbon reserved for its highest level Orca race bike. There are features carried over from the company’s regular road bikes, such as the tapered head tube and BB386 EVO  press fit bottom bracket. 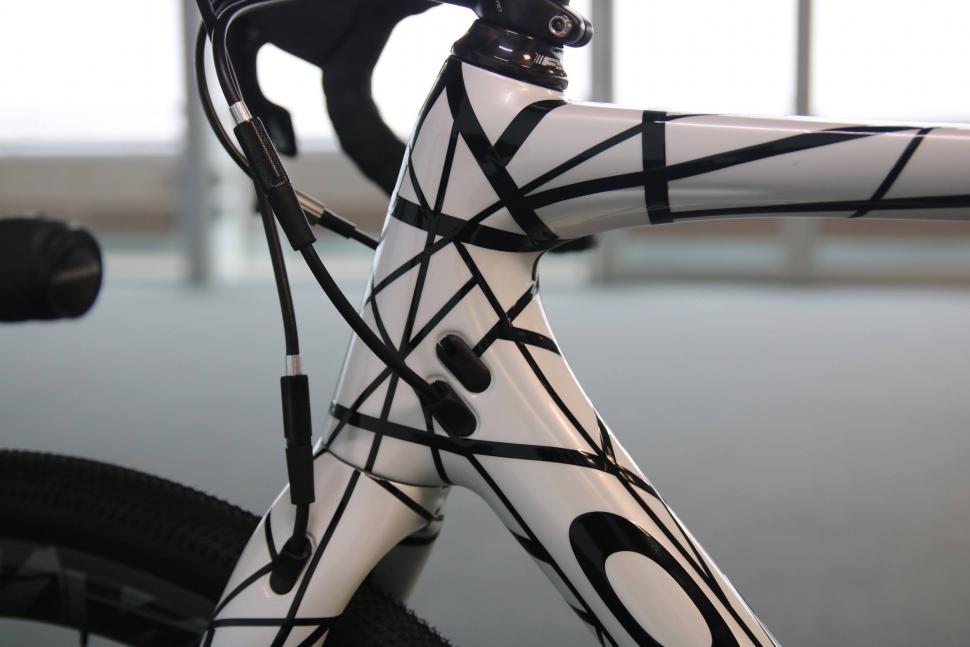 There will be four builds available, two with 2x11 Shimano drivetrains and two with 1x11 SRAM groupsets, the pictured bike has a Force 1 build with Vision wheels and Schwalbe G-One 40mm tyres. We don’t have a price yet. The Terra isn’t available just yet, we’re told it will be added to the Orbea website in February and the first bikes will arrive in March. We’ve put our name down for a review bike.