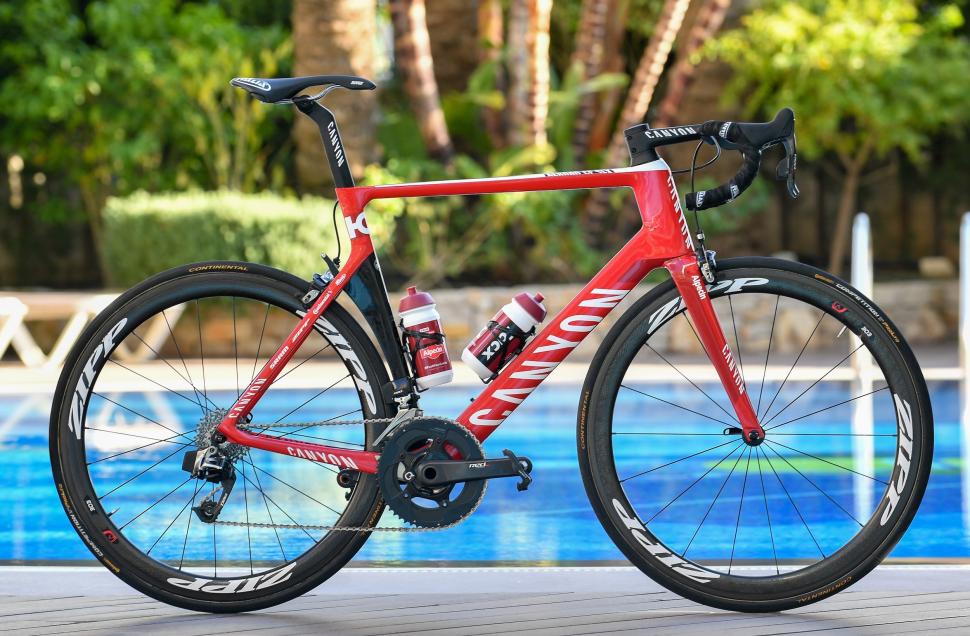 Like red bikes? You'll like the new Katusha-Alpecin 2017 race bikes then, which stick with the same red paint scheme as last year with just a few minor changes. The team also sticks with SRAM eTap, the only  team to use the wireless groupset. Not much has changed from the 2016 race bikes. The big news is the signing of Alpecin as title sponsor, and there are a few small logos on the frame and fork. There's an extra splash of white with the Katusha logo on the seat tube and a white stripe along the top tube. If it ain't broke etc... 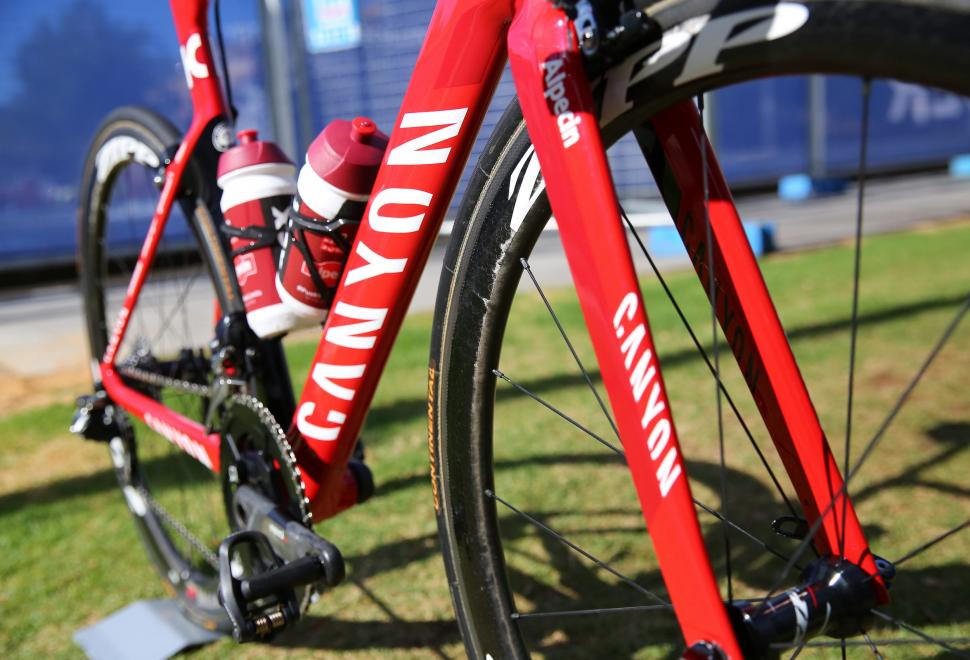 Katusha-Alpecin is the only team to be sponsored by SRAM, and it's using the eTap wireless groupset. It's the second season for the team on the wireless groupset, since swapping from Shimano last year. AG2R, the other team also on SRAM last season, has moved to Shimano for 2017. SRAM not only supplies the groupset, it also supplies the wheels with its Zipp wheel brand. The bike here is pictured with Zipp 303 wheels, a popular all-round choice, but we expect everyone in the team to choose the rim depth to suit the course or their personal preferences. Sprinters and breakaway specialists prefer deeper rims, climbers favour lighter shallow rims, as a general rule. Odd not to see the bold new 454 NSW wheels, though. Maybe the team is saving them for the first race on European soil before unleashing them. 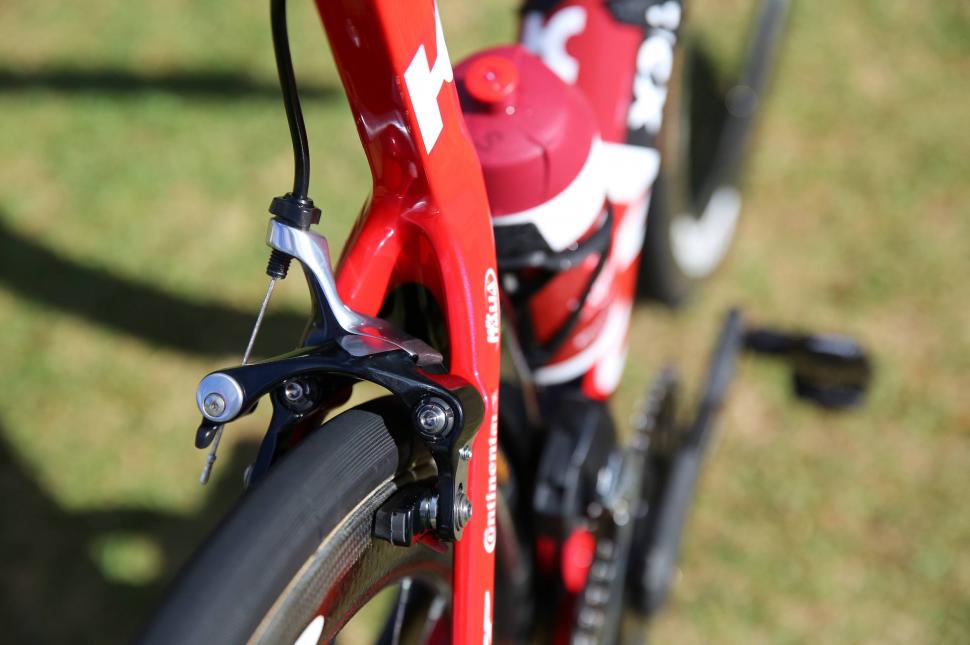 Still, if the team decides to use the disc version of the Aeroad and Ultimate, which Canyon now offers in its 2017 range, it can use the new SRAM eTap HRD hydraulic disc groupset. We know Alexander Kristoff has been getting the miles in on this bike and groupset, cos he shared a photo on Instagram last year. Apparently got into a lot of trouble for doing that, which we can well reveal. That sort of thing really messes up marketing people's plans. For providing the essential power data that any professional rider needs in this day and age, the team will be supplied with SRAM’s own Quarq crank-based power meters, which fit seamlessly with the Red chainsets.

- 2017 WorldTour Bikes: All the race bikes of the professional peloton