Having only launched about a month ago, it’s unlikely you’ve heard of Fairlight Cycles. The new British bike brand has launched with two disc-equipped steel road bikes and we’ve just received the Strael for review, a model which combines a Reynolds 853 steel frame with the company’s own carbon fibre fork and, in this £2,399 build, a Shimano Ultegra groupset with hydraulic disc brakes and Hunt wheels. 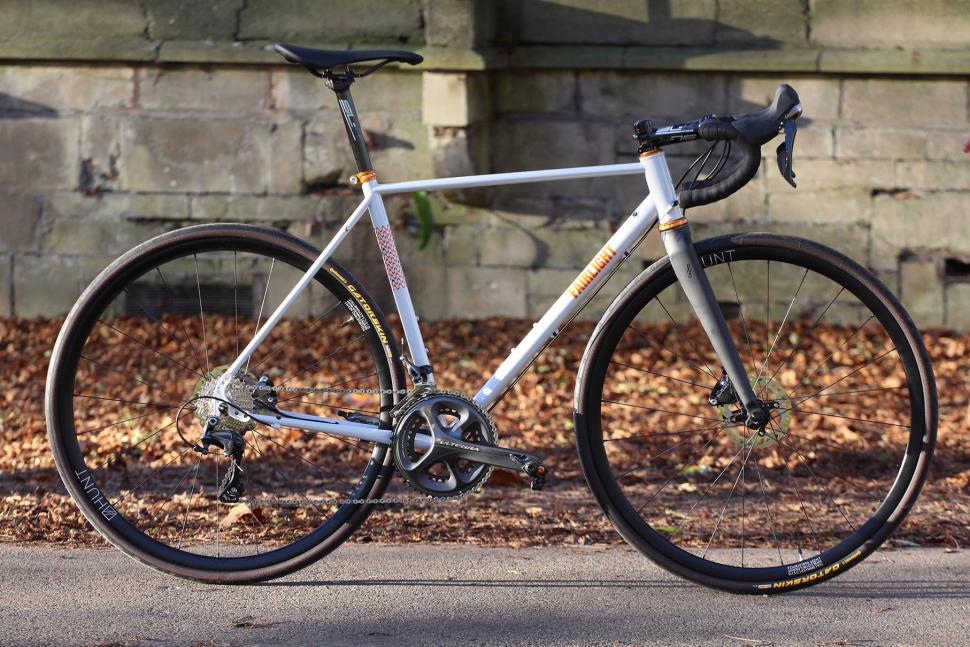 The Strael is pitched as an all-season road bike. There’s clearance for up to 30mm tyres with mudguards, 32mm without, and disc brakes using the flat mount standard and regular quick releases. The bottom bracket is externally threaded and the cables are routed outside of the frame. The front triangle of the frame is made from Reynolds 853 tubing, with a ProTeam down tube, custom tapered skinny top tube and 44mm ring-reinforced head tube. The rear triangle is made of Reynolds 725 and 631 tubing with quick release dropouts. The company has developed its own carbon fibre fork, with internal brake hose routing, mudguard, rack and dynamo mounts, and a quick release axle. 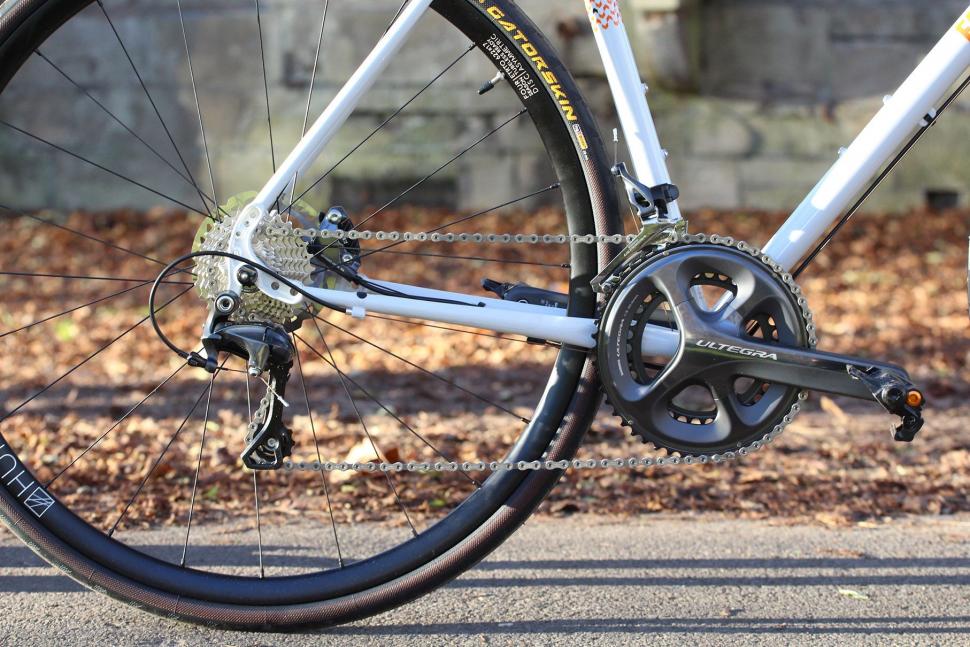 Fairlight is offering a choice of Shimano builds, starting with 105 at £1,849 and rising to Dura-Ace for £2,999. We’ve plumped for the mid-pack offering, an Ultegra mechanical build with hydraulic brakes, costing £2,399, which is also built with Hunt 4 Season wheels shod with Continental Gatorskin 28mm tyres. Finishing kit is a combination of a Fabric saddle and FSA Gossamer Compact handlebar, stem and SL-K carbon seatpost. Weight on the scales is 9.1kg (20lb). 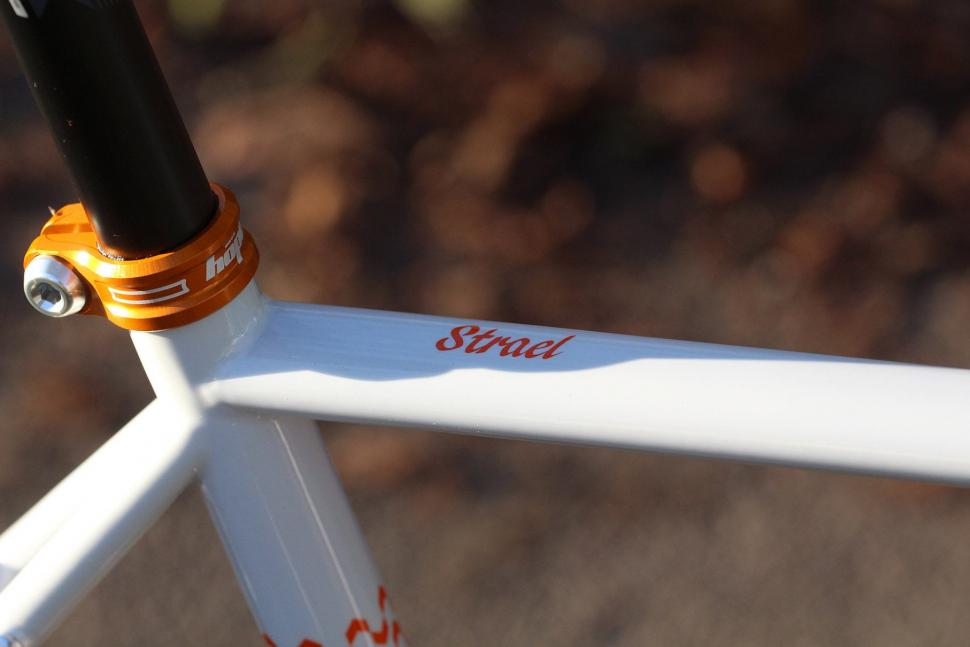 The designer behind the bikes has pedigree. Dom Thomas used to be the designer at Genesis Bikes with the development of the Volare steel race bike one of his standout contributions to the UK cycling market. And with Fairlight, he has applied all his expertise with steel into the Strael. It’s a beautifully made bike and packed with thoughtful design details.

“The Strael is a road bike, it's designed to be a fast 'point to point' charger. It has race bike angles and has 'as short a wheelbase as we could justify' while still being able to accommodate mudguards and a rack for light touring duties,” says Dom Thomas.

Something that sets Fairlight apart is the Proportional Geometry it has developed. In recognising that people come in all shapes and sizes, it offers each frame size with a choice of regular or tall geometry. So if you have long legs and a short torso you’ll be better off with the tall geometry and its higher and shorter shape, whereas the regular geometry suits those cyclists with shorter legs and a longer back. It has developed a Fit Calculator to allow potential customers to input their numbers, whether from a Retul bike fit, position details from an existing bike or a measurement guide, to find the right geometry. 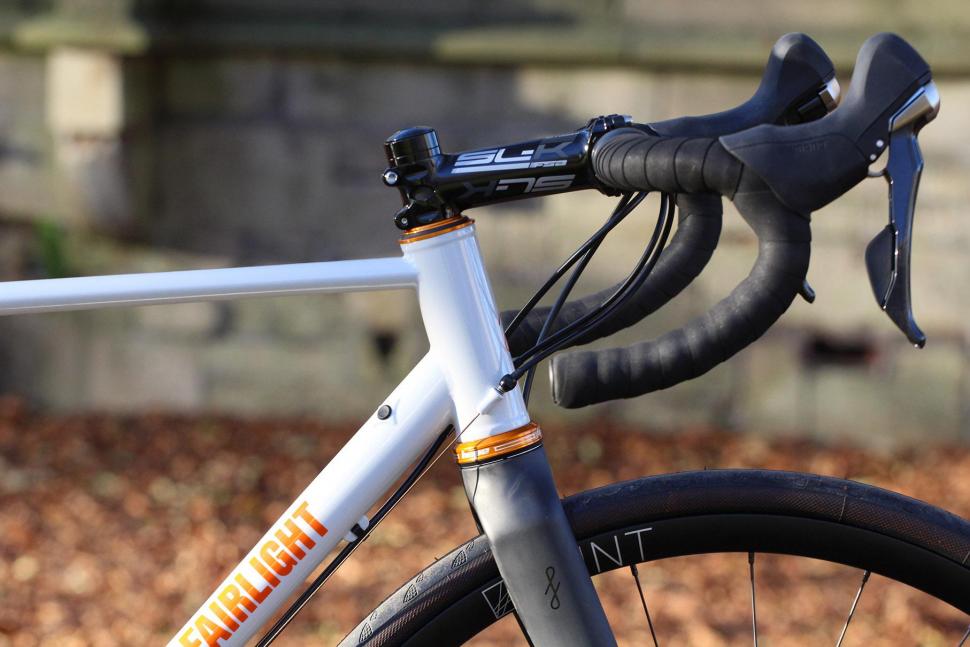 Dom Thomas describes it as a way of separating bike fit from the way the bike rides. “The way a bike fits is defined by its stack and reach,” says Dom. “The way the bike handles is defined by its angles and wheelbase. Most bikes currently only offer a low fit position with racy handling (a race bike) or an upright fit position with slower handling (a sportive bike)," he says.

“The problem with this is if your body shape dictates that you have to have a higher front end to the bike then effectively you're forced into riding a slow handling sportive bike. This isn't the case if you separate fitment from handling. Obviously, this isn't really a new idea. Bikes have been custom built for many years and Trek use different fitment systems already. We just think this is the right way to go for the rider. They are the engine after all," he adds. - 15 of the best steel road bikes and frames

The disc-equipped, steel-framed, market is a competitive place these days, and there are some well-established brands. Genesis Bikes, for instance, offers the classic Equilibrium Disc 30 with a Reynolds 725 frame and Shimano Ultegra build kit for £1,999. Also built from Reynolds 853 is the Kona Roadhouse which we tested this year and also ticks the boxes an all-season road bike. It’s one of the few steel road bikes to be equipped with thru-axles at both ends, but the 2017 Ultegra build costs £3,499 which is a lot more than the Strael.

Another obvious rival is the Mason Resolution, another British designed steel bike packing disc brakes, and it’s a bike that has reviewed well at road.cc in the past. It uses a Columbus tubeset, a combination of Spirit and Life tubing with many custom profiles, and the company’s own carbon fork with a thru-axle. A similar Ultegra/Hunt build to the Strael we’ve got costs £3,395.