Wrap up warm and dry with the latest winter jackets from Gore, Rapha, Spokesman, Assos and Morvelo
by David Arthur @davearthur

There's no such thing as bad weather, just bad clothing goes the old adage. Cycle clothing development has raced along at an astonishing pace, and some of the latest fabrics now being employed provide incredible protection from the elements whilst coping with all the heat that is produced when you work up a sweat. If you're in the market for a new winter cycling jacket, here are five brand new offerings from Gore, Rapha, Spokesman, Assos and Morvelo,

- The best cycling clothing to keep you warm this winter Gore Bike Wear has been busy recently. First, there was the stunningly effective One Active Pro waterproof jacket, and now it has launched the new One Thermium jacket. This new jacket introduces Gore’s new Thermium membrane technology which offers a high level of breathability and wind resistance, in combination with PrimaLoft Gold insulation, to create a lightweight puffy jacket that aims to keep you warm on the coldest rides. The idea is to save you having to wear loads of layers to keep warm, as it provides insulation without the bulk associated with layering up. There are taped seams but Gore stops short of calling it a waterproof jacket.

Now it has a bike-specific cut - dropped tail, longer sleeves etc - but it’s aimed more at mountain bikers, but we see no reason why it’s not applicable to road cyclists, especially daily commuters and Audax/touring cyclists that want a more relaxed fit than some tight fitting rain capes. There’s also a hood that can fit under a helmet and it’s bristling with details like reflective logos all over the place, adjustable cuffs and zip tags for easy opening.

Check it out here Rapha launched its new Core range earlier this year. It’s aimed at offering Rapha products with the same quality and attention to detail we’ve become used to from the brand, but at more attainable price points. There’s now a rain jacket in the range and at £100, while not exactly cheap, it is competitively priced against the strong brands that tend to dominate this middle price ground.

It’s designed to be very light, just 124g claimed, and highly packable so it can squeeze into a jersey pocket when not needed. It’s made from a waterproof fabric with fully taped seams and an AquaGuard waterproof zip. Breathability is often an issue for waterproof jackets, so Rapha has added six ventilation holes under the arms. It’s available in four colours, including this alarmingly bright yellow, and each comes with reflective details. There are times when what you need is a super lightweight and highly packable rain jacket, in the style or traditional race capes, so called because where were used for racing and the transparency ensured race numbers could be seen. The new Morvelo Plan B Race Cape is from that mould, and ways just 79g, easily making it one of the lightest jackets we’ve ever featured here on road.cc. The lightest jacket we’ve ever tested was the 50g Sportful Hot Pack, but that was only windproof.

The Plan B Race Cape promises to be not only windproof but waterproof too. It’s made from 2-ply waterproof fabric with 4-way stretch, but there’s no mention of taped seams, a necessity for a jacket to be deemed waterproof. It’s a close-fitting jacket for maximum aerodynamics and to prevent it rustling in the wind. There are shoulder vents for ventilation, a soft line collar, zipped pocket and reflective details. 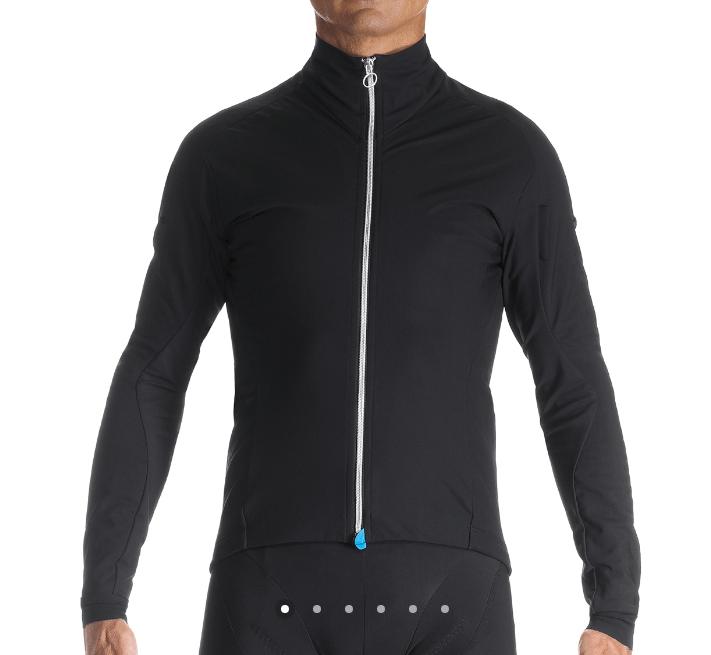 The Assos Bonka jacket is described by the Swiss company as its “ultimate winter jacket” and is good for temperatures down to  0˚C. It’s constructed from six fabrics and 32 pattern pieces and uses the company’s own materials, a Stratagonultra Airblock windproof outer fabric and a TwinDeckFoiling insulation and a soft fleece lining. It’s all shaped with a close fit tailored to fit the body in the cycling position.

While it’s not a brand new jacket, it is now available in the company’s profBlack range. This is an interesting range of all-black clothing that, says Assos, is aimed at professional racers that might want to choose its clothing during off-season training instead of sponsored kit, but they obviously don’t want to risk upsetting official team clothing suppliers by being seen in another brand of clothing. But you don’t have to be a professional cyclist to buy the new Bonk profBlack jacket, though, at £355, you do need deep pockets. 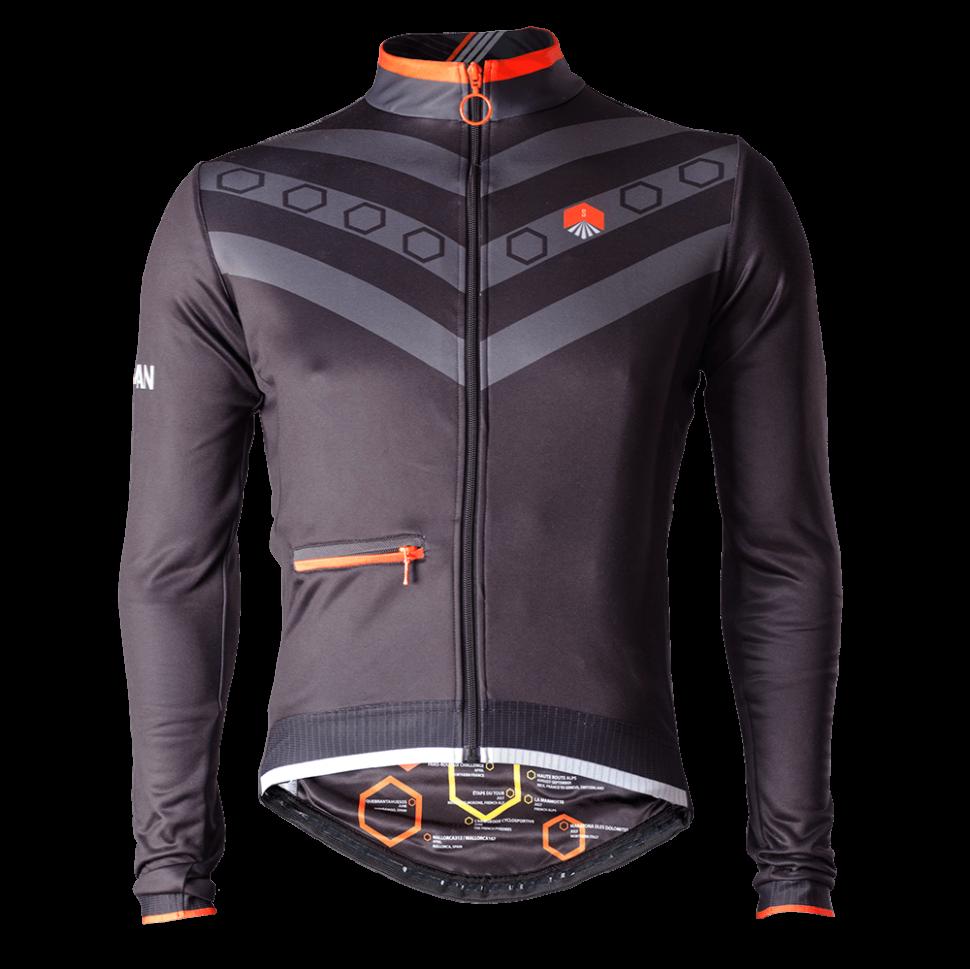 The new Sportif top from British brand Spokesman if one of the new breed of cycling tops that blurs the traditional boundary between a jersey and a jacket. It’s made from “high-density water-resistant stretch polyester” fabric and can either be worn on its own over a baselayer or over a jersey and base layer on colder rides. The material is waterproof but the seams aren’t taped so it’s not strictly a waterproof jacket, but it should provide adequate water resistance for many rides.

One very neat feature is the inclusion of three internal back pockets as well as the regular three external back pockets. These provide much more cargo capacity for carrying all the essentials you might need on a long sportive or winter training ride. As with the previous Spokesman clothing we’ve already reviewed here at road.cc, there are plenty of reflective details to help you stand out on the dark roads.