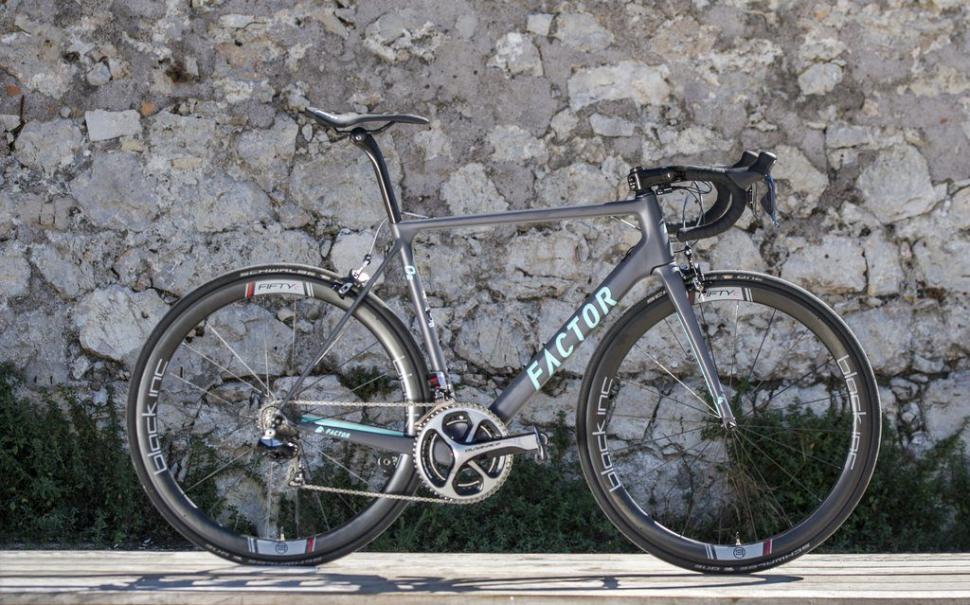 How many British bike brands can you name in the WorldTour, the elite level of professional cycle racing? None is the answer you're looking for. Until now, that is. Factor Bikes, previously bike sponsor of One Pro Cycling, has just signed a deal to supply French WorldTour outfit AG2R La Mondiale with bikes in 2017.

Launched in 2009 with its first production bike arriving in 2013, Factor Bikes is a British bike brand known for its radical frame designs, like the split down tube and hinged fork on the Vis Vires I reviewed a couple of years ago, which all stemmed back to an even more radical concept bike before that, the Factor 001. It was billed as “the most advanced bicycle in the world," cost £20,000 and was equipped with a fully integrated, multi-channel ergonometric data recording system which can chart left and right leg power down to one-degree increments.

Former professional cyclist and co-owner of the bike brand, Baden Cooke, was rightly excited to make the step up to the WorldTour with the French team.

“We hope this partnership will help Romain Bardet become the first Frenchman to win the Tour de France since Bernard Hinault in 1985,” he says.

His sentiments were backed up by Factor Bikes ‘test pilot’ David Millar. "I hope the bikes and experience we bring can help AG2R La Mondiale and Romain Bardet, one of the most exciting racers in the peloton, win the Tour de France.”

Talking of Romain Bardet, he was also roped in to provide a comment on the new deal. “I am very happy with this commitment with Factor Bikes, a dynamic and innovative brand of cycles. I hope that together we can develop the best products to evolve at the highest global level,” he added.

The team will be supplied with three four bikes, the Factor O2, Factor ONE, Factor ONE-S and the soon-to-be-released time trial bike, the Factor Slick. No sign of disc brake version, though. We know David Millar isn’t a fan of disc brakes, so it’ll be interesting to see if he’s called upon to help develop a disc version if the UCI’s disc brake trial gets more uptake during the 2017 season.

What does this mean for One Pro Cycling? We’ve no idea, there’s obviously no mention of it in the press release. We assume the British team will be on the hunt for a new bike supplier.

- 2016 WorldTour team bikes - The bikes of the peloton