Most of the big bike brands have an aero road bike in their range these days. Here are six of the most interesting that we spotted at Eurobike last week. 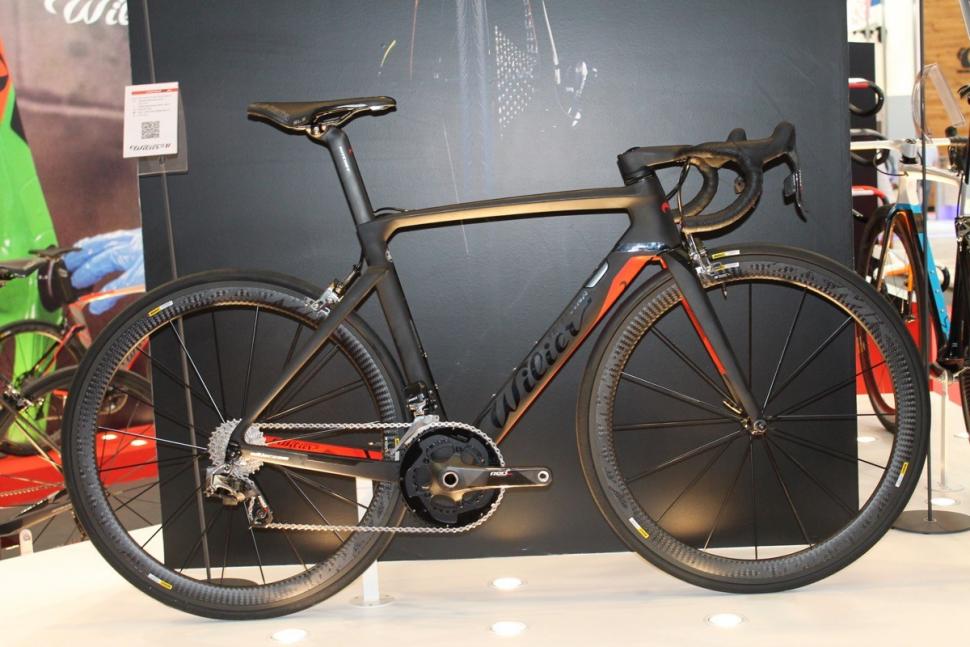 Wilier’s new Cento10Air uses Kamm tail shaped NACA airfoil tube shapes for every section of the frame and for the seatpost. too.

The profiles and the junctions of the different tube sections have been designed with the use of CFD (computational fluid dynamics), computer software which allows easy manipulation of the frame and test results. Wilier says this is accurate enough that it doesn’t feel compelled to conduct expensive wind tunnel testing.

The Cento10Air uses a new one-piece integrated handlebar called the Alabarda. Like the frame, it uses a NACA profile that’s intended to contribute to the overall aerodynamic improvements. Wilier routes the gear cables inside the handlebar and stem and directly into the frame.

Find out more about the Cento10Air here. 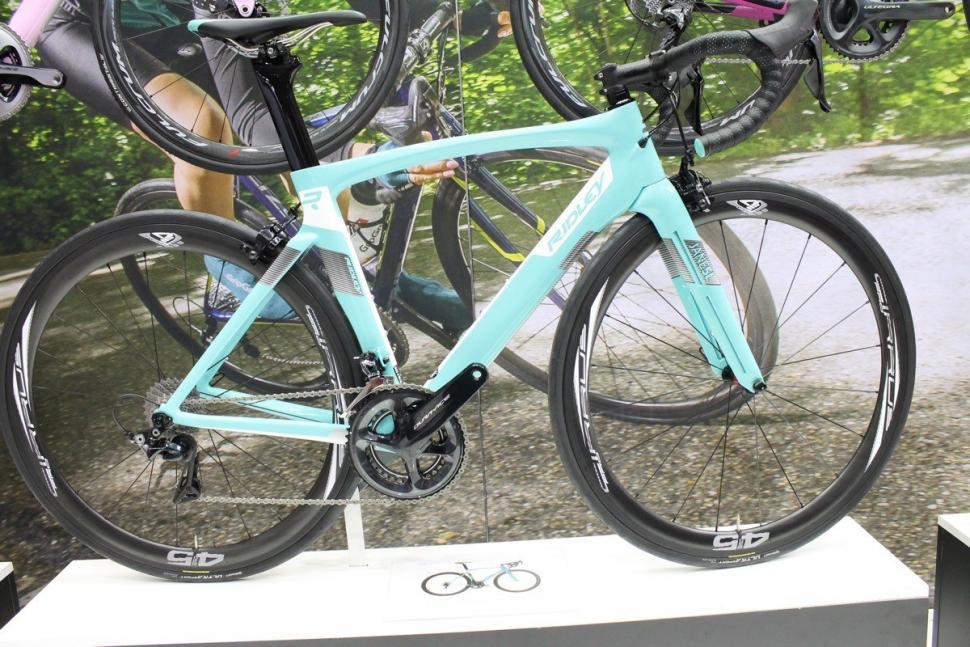 We’ve looked at the Ridley Noah loads of times in the past but it is now joined in the range by the Jane women’s models. This is the Jane SL Dura-Ace.

Ridley takes a different approach to making women’s bikes from many other brands in that it doesn’t modify the geometry. It says that in terms of torso and limb proportions, men and women are very similar so there’s no need to alter things there.

Instead, Ridley changes things like handlebar width and gear size for the women’s market.

The Jane keeps the Noah’s aero features like the F-split fork, integrated fork crown and F-surface technology, the textured surface that’s moulded into sections of the frame to reduce drag. 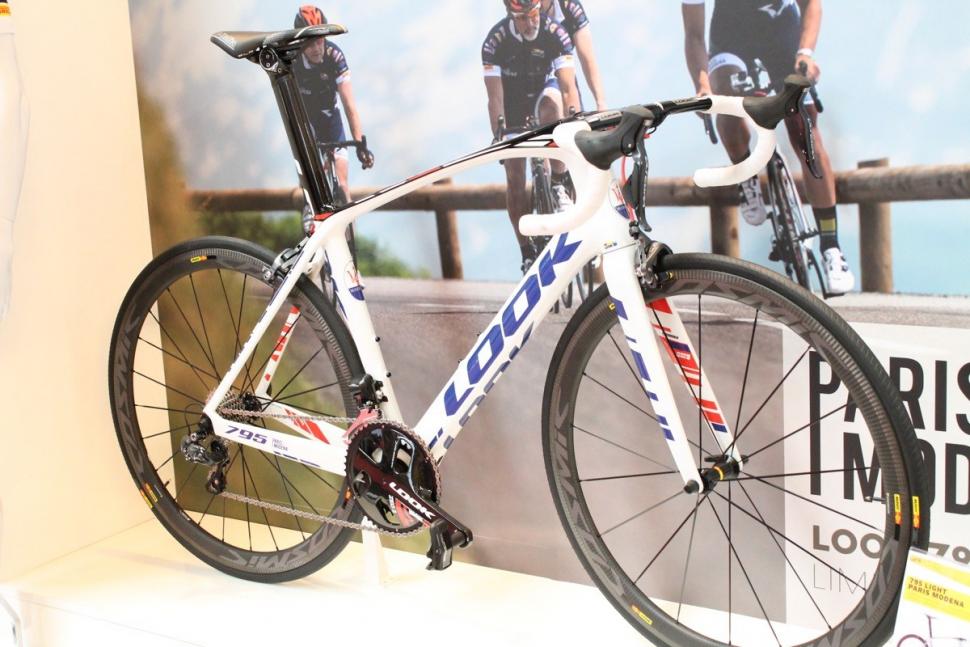 We reviewed the Look 795 Aerolight here on road.cc earlier in the year and we were impressed by the performance.

This is the 795 Light as opposed to the 795 Aerolight, the difference being that it has conventionally mounted brakes rather than a front brake that’s integrated into the fork and a rear brake hidden behind the bottom bracket. This is in a Paris-Modena special edition.

You can adjust the angle of the Aerostem along with the length of the Zed 3 cranks.

The junction box for the Di2 electronic shift system is hidden away inside the top tube with a little cover over the top making it easily accessible. 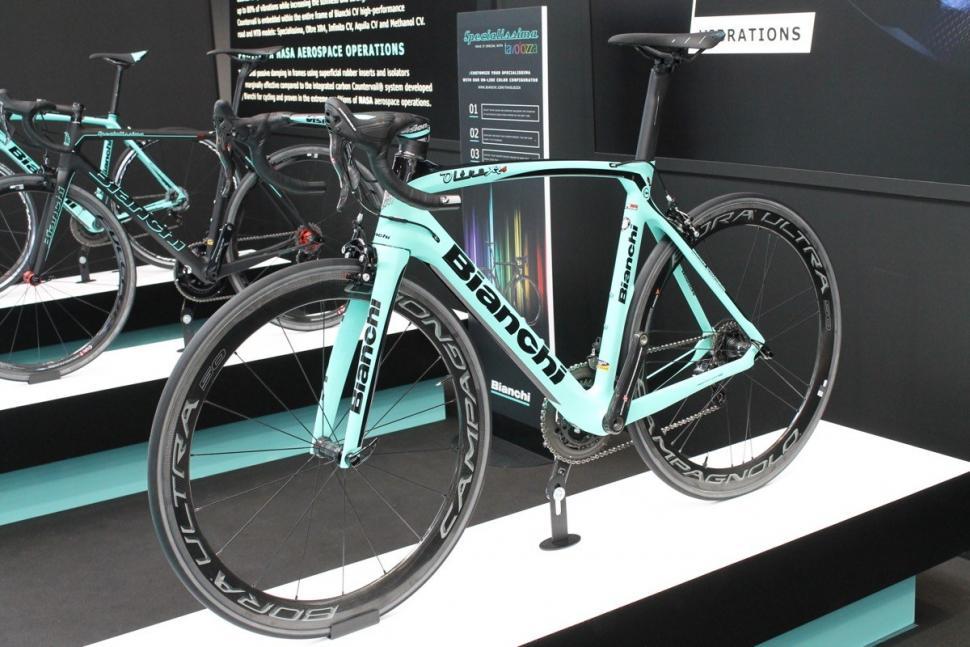 Bianchi recently unveiled the newest version of its Oltre aero road bike, this one being the XR4.

As well as adding Countervail technology, Bianchi has made several important changes to the shape of the frame as a result of CFD (computational fluid dynamics) and flow visualisation. It says the changes have resulted in significant aerodynamic improvements over the XR2.

The aero head tube is said to have been inspired by Aquila CV time trial bike profiles, the seatstays are positioned wide of the rear wheel and they’re aero profiled to reduce drag, and Bianchi has switched to direct mount brakes, the rear one completely shielded by the wishbone seatstays.

Check out our story from when Bianchi officially unveiled the bike. http://road.cc/content/tech-news/197447-bianchi-officially-unveils-oltre... 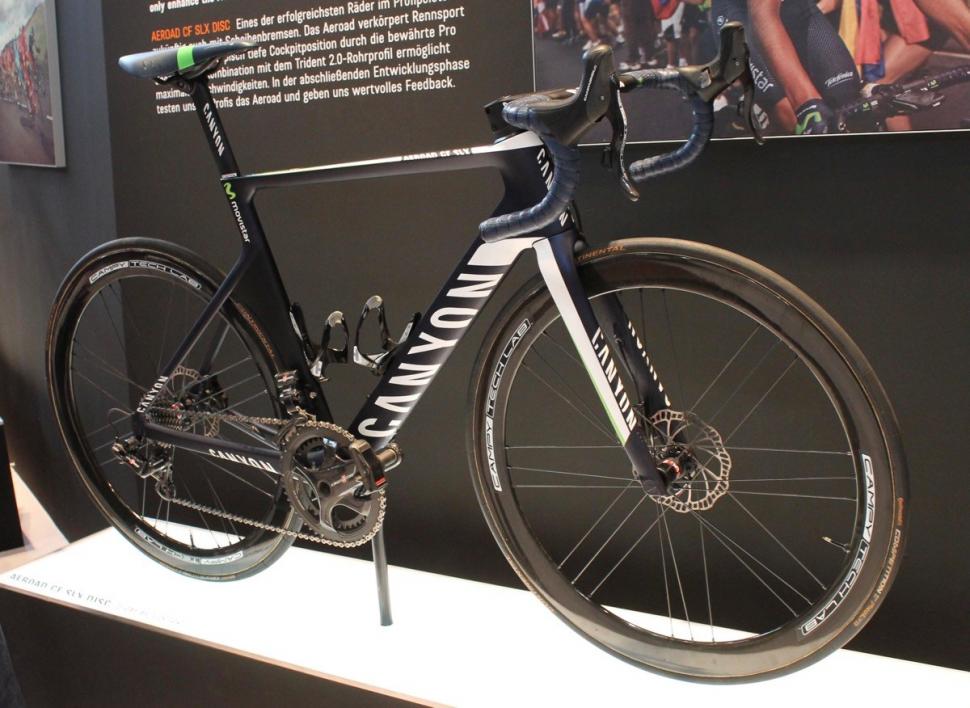 This is a disc brake version of Canyon’s yet-to-be-released Aeroad CF SLX. As you can see, it’s decked out in Movistar livery although the UCI has suspended the use of disc brakes in the pro peloton, at least for the time being.

Movistar is sponsored by Campagnolo and those are prototype Campag disc brakes on there along with EPS electronic shifting.

Canyon is using the common flat mount standard to attach the disc callipers to the frame and fork, and there are 12mm thru-axles at both ends. It has routed the hydraulic hoses inside the frame and fork.
www.canyonbikes.com

The new Diamante SV is intended to mark Basso’s 40th anniversary, the brand having been founded in the Italian village of Dueville back in 1977.

The Diamante has been in the Basso range for years, it’s the SV version that’s new. SV stands for Super Veloce and that translates to ‘super fast’ in English.

The Diamante SV is quite different from the Diamante. Although the geometries are virtually the same, the Diamante SV has dropped seatstays to reduce the size of the frontal area, for example, a hidden seatpost clamp and straight fork legs.