Canyon set to offer Ultimate and Aeroad race bikes with disc brakes, but not just yet

Canyon first showed a prototype of its Ultimate CF SLX race bike with disc brakes 12 months ago, and some expected the German direct-sales brand to unveil a finished production bike this year. That hasn’t happened, but it did show what looks like very finished Ultimate and Aeroad road bikes with disc brakes.

The company declined to offer any details of when these two bikes will be available to purchase, only telling us that it is working on the two disc bikes and that they are coming soon. When soon actually is, however, remains to be seen, but we wouldn’t put it past that being sometime in 2017, though it could well be for the 2018 model year.

That will likely not be the news that many people hoped to hear, but it’s worth remembering that the Ultimate and Aeroad are race bikes that were primarily developed for the Katusha and Movistar teams it sponsors, and until the UCI fully approves the use of disc brakes in the professional peloton, it’s probably not in any rush to launch the new bikes until it's absolutely ready. It’s highly likely it’ll want the two bikes tested in actual race conditions to inform the final development phase of the bikes, before putting them into production and making them available to the public. There’s clear demand from the public for proper race bikes with disc brakes, but the company’s first priority is clearly serving the needs of the race teams. And the UCI’s suspension of the disc brake trial has sort of put the brakes on the rollout of disc brakes for many of the bike brands involved in the professional peloton, though it hasn’t stopped the likes of Specialized from putting its Tarmac Disc into production. But while actual race testing isn’t currently taking place, though there are rumours the UCI is going to reinstate the disc brake trial for the 2017 season, a few athletes including Alexander Kristoff (well he shared it on Instagram) have been spotted testing an Aeroad Disc, and we wouldn’t be surprised if there are other pros testing the disc versions away from the public gaze. It’s probably fairly safe to assume that production versions won’t differ hugely from the two bikes here. Canyon is using the common flat mount standard to attach the disc calipers to the frame and fork, and there are 12mm thru-axles at both ends.  It has routed the hydraulic hoses inside the frame and fork.

If you do want a Canyon with disc brakes, there is, of course, the Endurace CF SLX Disc which was launched earlier this year. 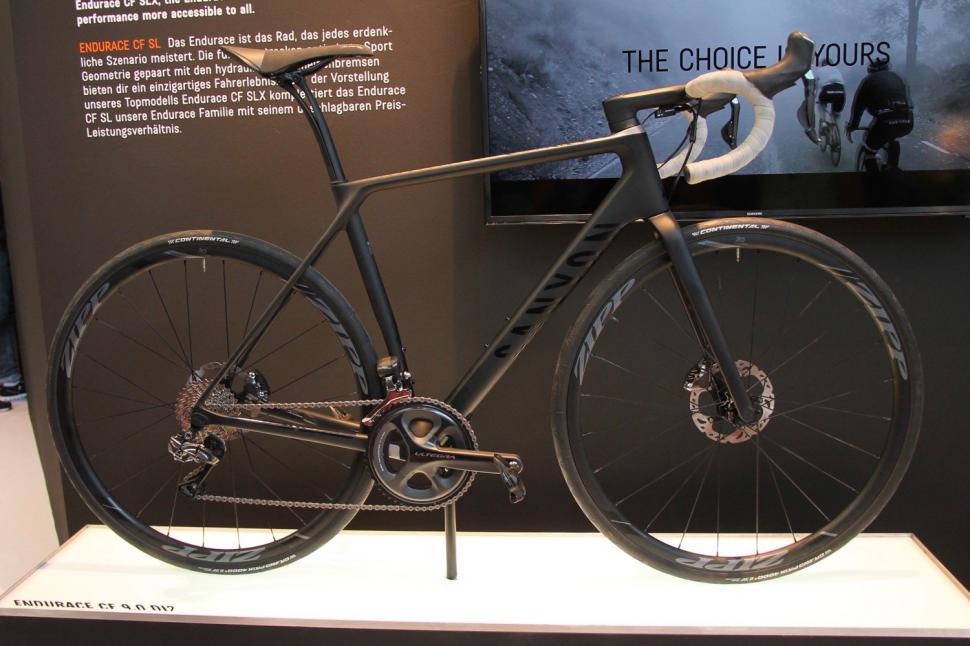 The Endurace CF SLX is very different from the first Endurace bikes that Canyon introduced a couple of years ago although the Sport geometry is similar.  The idea, as usual with endurance bikes, is to provide a more relaxed riding position than you’ll find on a standard road bike to reduce the strain on your back and shoulders. 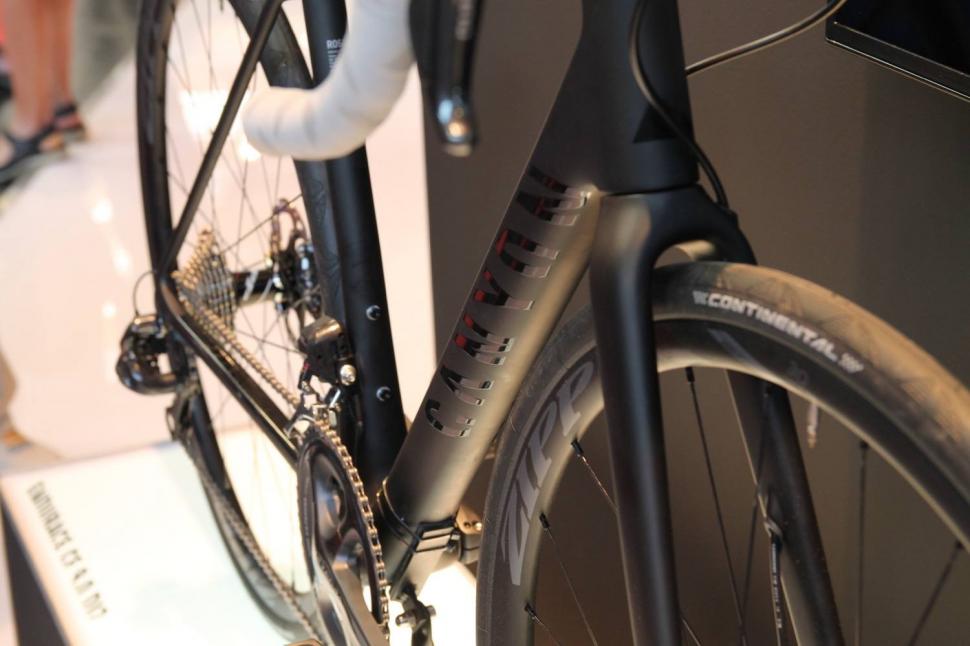