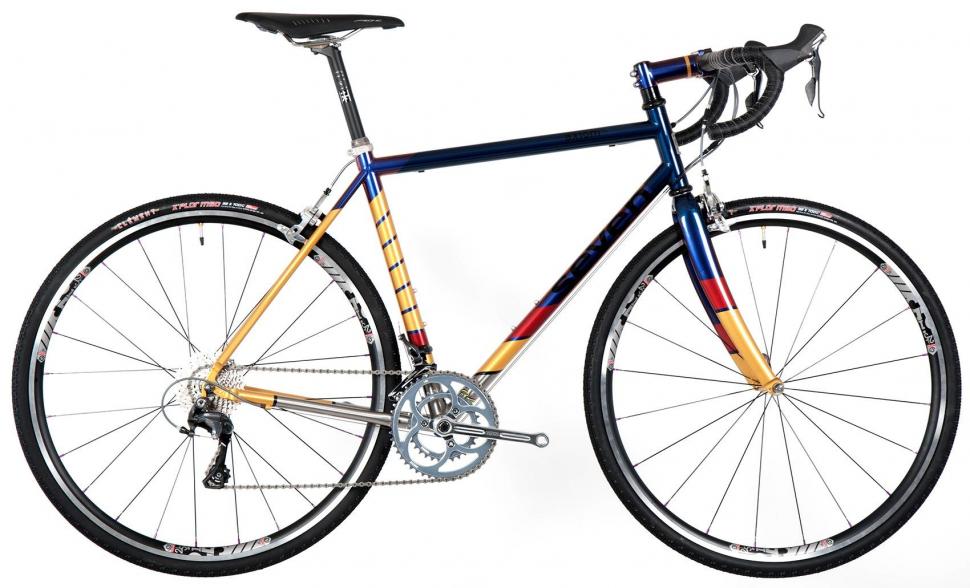 The majority of new gravel and adventure bikes are designed around disc brakes, but US brand Seven Cycles is bucking this trend with the launch of the RedSky, a bike that takes up to 35mm tyres with medium reach caliper rim brakes.

The company reckons the new bike provides the benefits - wide tyre compatibility for tackling any sort of terrain - of its Evergreen disc brake bike but it’s as light as a performance road bike with rim brakes.

It’s pushing the versatility of the RedSky as a bike that can be shod with 23mm tyres for a fast performance racing bike, or with 32mm tyres and mudguards, making it an ideal choice for commuting, winter riding or Audax.

Some people might wonder why anybody would be interested in such a bike without disc brakes, but there are still plenty of cyclists that are perfectly happy with rim brakes and might have wheels they're keen to continue using in such a bike, and of course there is the lower weight and easier maintenance of rim brakes compared to discs. 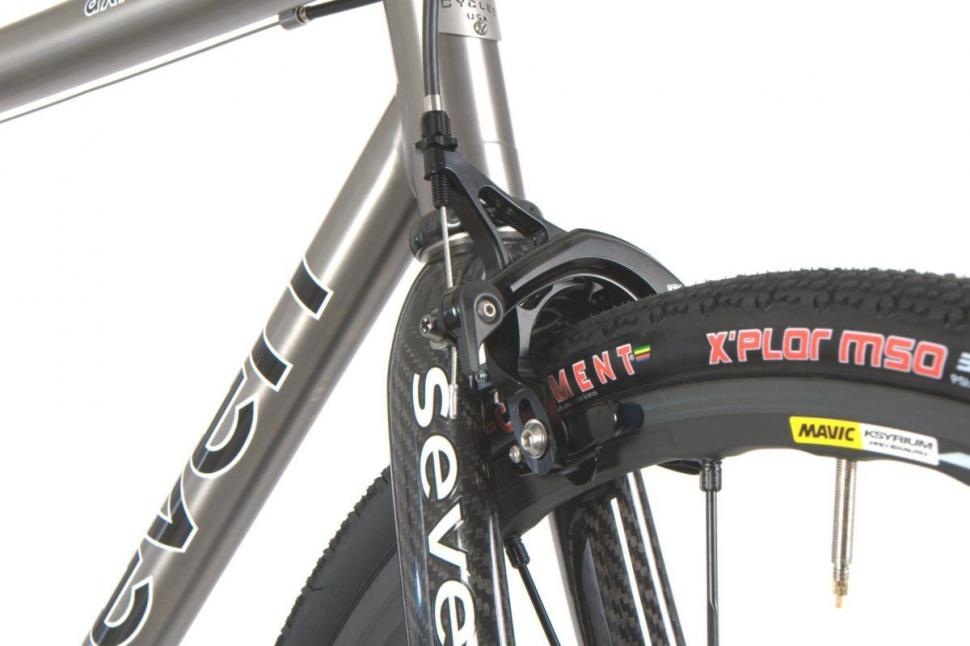 The RedSky could almost be a bike designed for British winter conditions. The company’s Boston home gets an average of 80 days of rain a year. “Why miss that many days of riding?” says the company and the RedSky is the answer.

A choice of frame materials including steel, titanium and titanium/carbon is being offered, and it’s keen to focus on the weight saving of the lack of disc brakes. According to the company the RedSky being nearly between 600 to 900g lighter than a disc-equipped bike, depending on the specification of course. 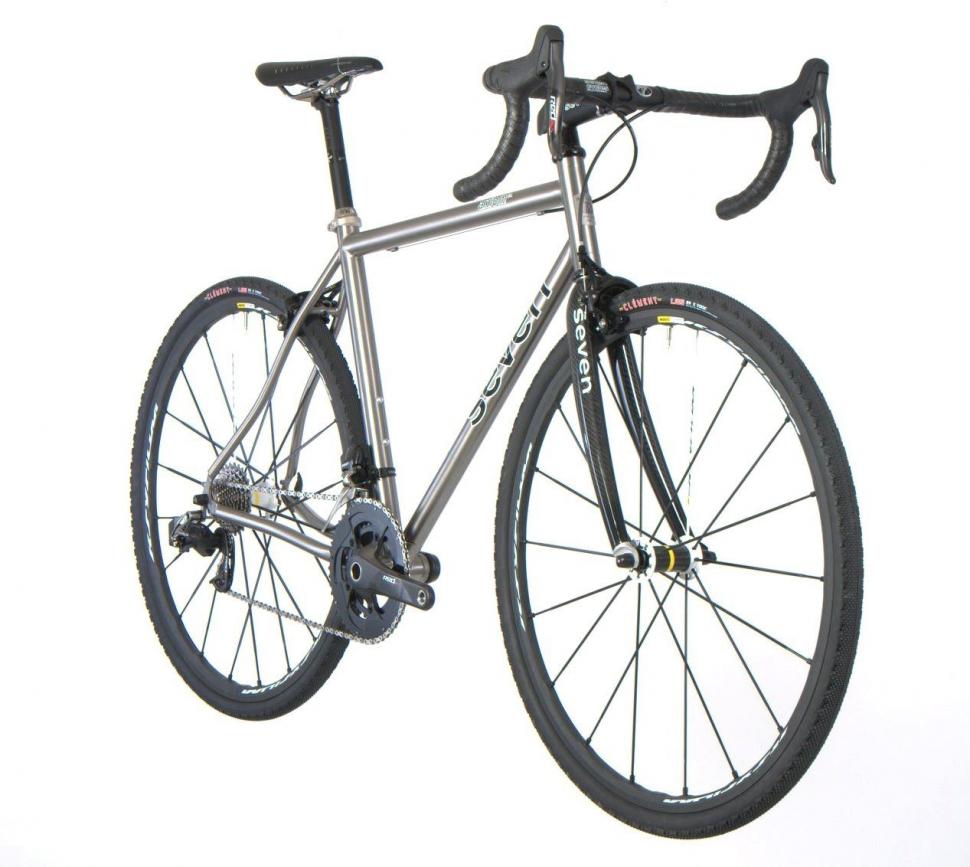 The bike pictured at the top of the article with 32mm tyres weighs in at 7.34kg (16.2lb) with the medium reach brake calipers it’s using only carrying a 30g weight penalty over normal short reach brakes.

Seven has managed to offer clearance for both mudguards and 32mm tyres, and without mudguards, it’ll happily take a 35mm cyclocross tyre. But it’s keen to appeal to those that want a versatile bike and says it’s right at home with a 23mm slick tyre as well. 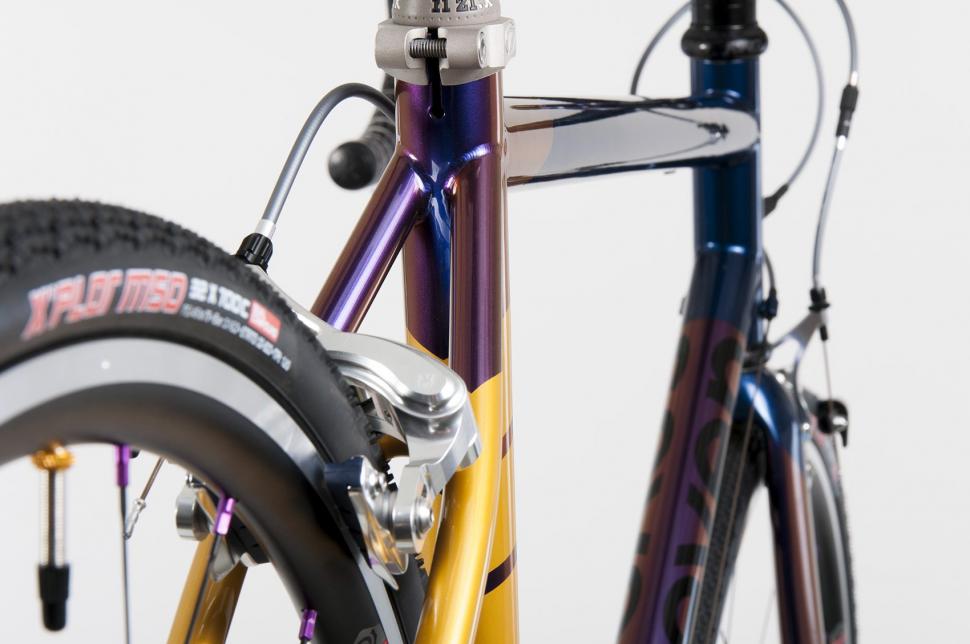 Of course, if you do want a Seven adventure bike with disc brakes, then it offers the Evergreen, the RedSky is just another option for those people that might not want disc brakes.