​Campagnolo might not have a disc brake groupset in its range, though it did provide us with a sneak peek earlier this year, but that hasn’t stopped the Italian company from launching a disc brake wheelset. 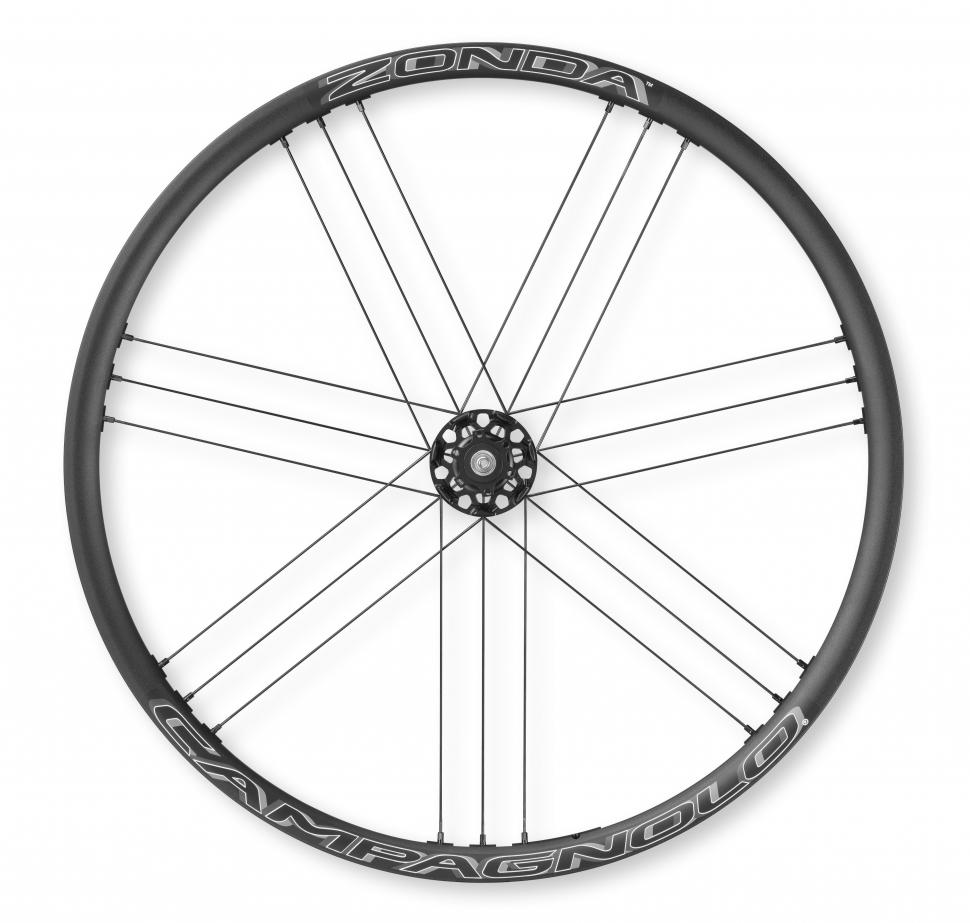 It’s called the Zonda DB and is a disc-specific wheelset that shares the name of a previous rim brake offering in the company’s range, but there the similarity stops. This new wheelset is compatible with quick release and 12mm thru-axles, uses a 6-bolt rotor mount and asymmetric spoke lacing in both wheels to deal with the disc brake forces.

Campagnolo is keen to stress that it didn’t just adapt the existing wheelset but has designed it from the ground up, taking into account the extra forces generated by the disc brakes.

The most distinctive aspect of the new wheels is the unique spoke pattern. It has taken its familiar G3 spoke lacing pattern and applied it to both wheels, with 21 stainless steel spokes on both wheels groupset in threes. It uses 14 spokes on the disc side, and 7 on the opposite side and the idea is to prevent the wheel from twisting during heavy braking.

The rims are also asymmetric and made from aluminium, and to save weight, it has removed excess material. It has also applied its Rim Dynamic Balance technology, which is intended to prevent wheel wobble, and basically involves counterbalancing the wheel by added weight on the rim opposite the valve hole. 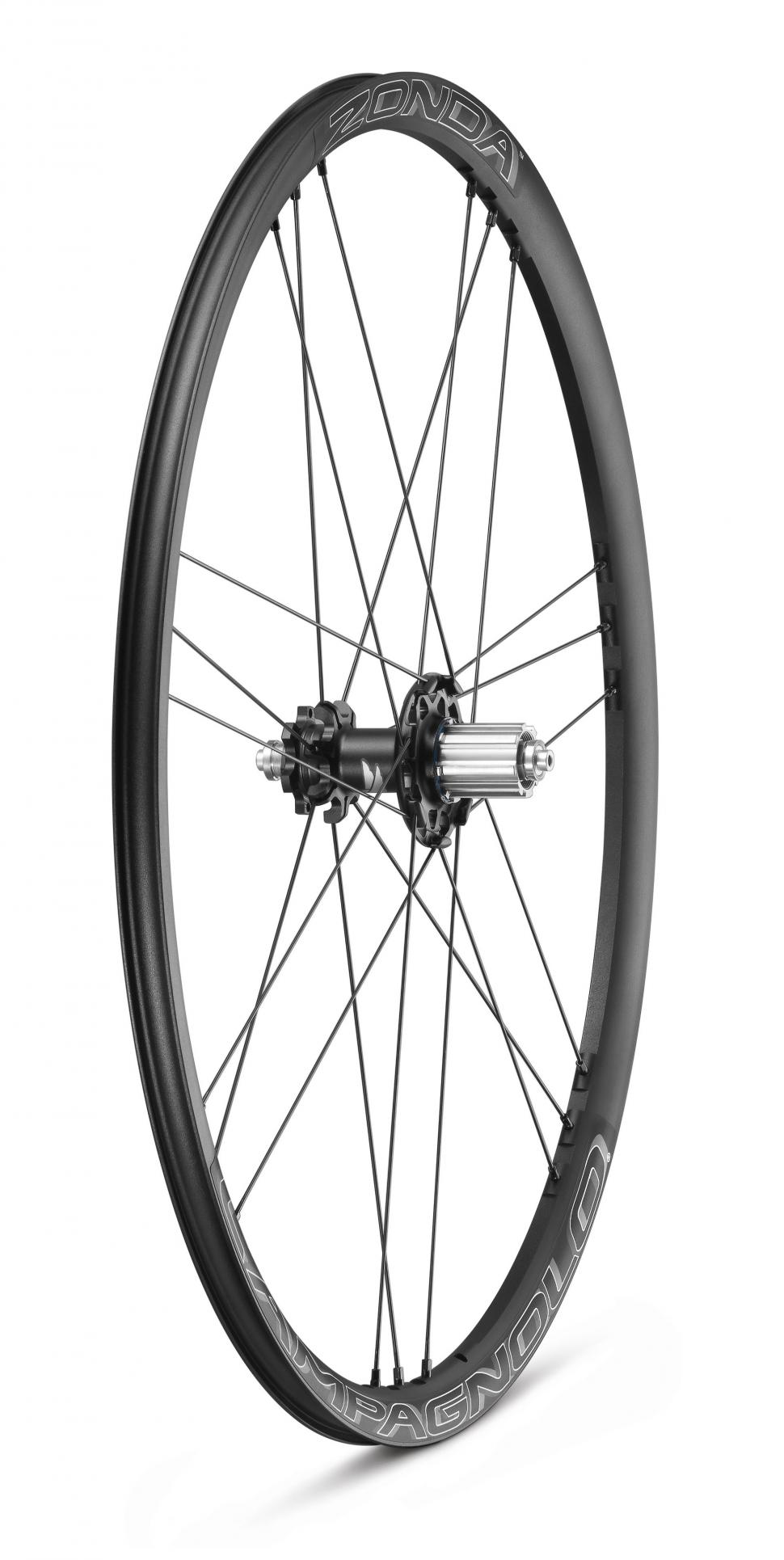 There are all-new hubs, made from aluminium and with asymmetric flanges, so the spokes are shorter on the disc side, again a measure to help deal with the forces generated by the disc brakes. Inside the hubs are cup and cone bearings with an adjustment lockring.

Campagnolo is offering the wheels with common 6-bolt rotor mounts or AFS, which is the company’s version of Shimano’s CentreLock. Well, you didn’t expect them to just use the Japanese company’s standard, did you?

Adaptable hubs allow the running of regular quick release or 12mm thru-axles, a standard that is rapidly becoming an actual standard on all new disc road bikes.

“The difficult task put before the Campagnolo engineers to create a wheelset that lived up to its extremely successful rim brake predecessor’s good name represented a challenge but it has been one that was more than met by the R&D department in Vicenza. The Zonda disc brake is not only more reactive when compared to the rim brake version but it is also 25 grams lighter than its closest competitor,” says Campagnolo.

No word on pricing or availability yet, we'll update this story when we do find out. More at www.campagnolo.com

1
Brompton drops its ‘lightest bike ever’: new 7.45kg titanium version of iconic folding bike revealed
2
Chris Boardman heads newly-launched government body Active Travel England
3
Stages will retrofit a power meter to your existing cranks
4
"Tired of road crime": CyclingMikey on episode 16 of the road.cc Podcast, plus how to make the most of your lunchbreak
5
TV surgeon and cyclist killed after collision with motorist in Essex
6
Near Miss of the Day 702: Must Get In Front lorry driver goes wrong way round pedestrian island
7
New cycle lane blamed as family home to be demolished for roundabout redevelopment
8
Cyclists now outnumber drivers on many A-roads, Department for Transport figures reveal