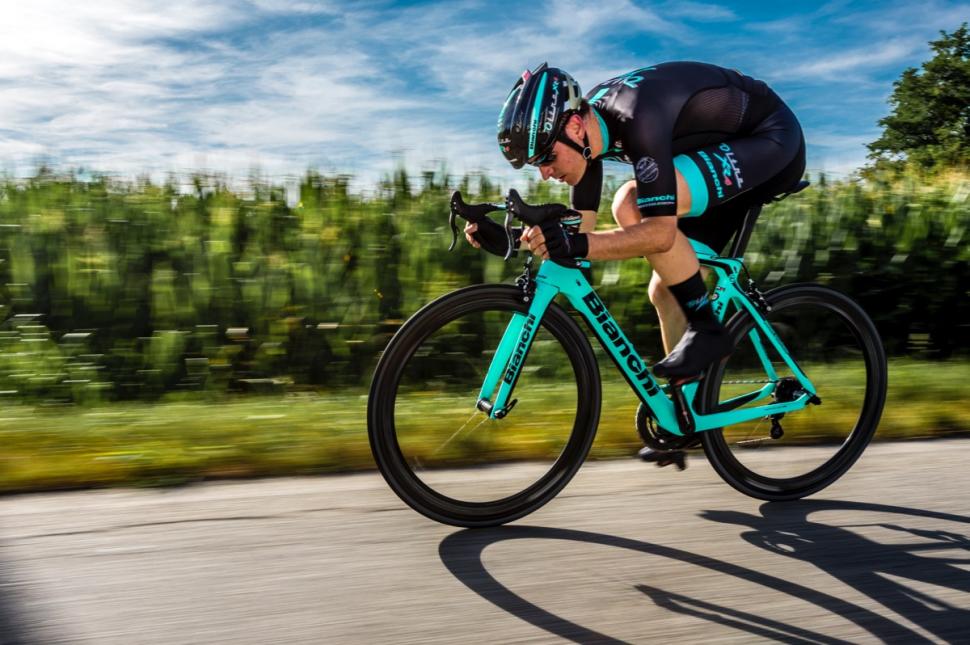 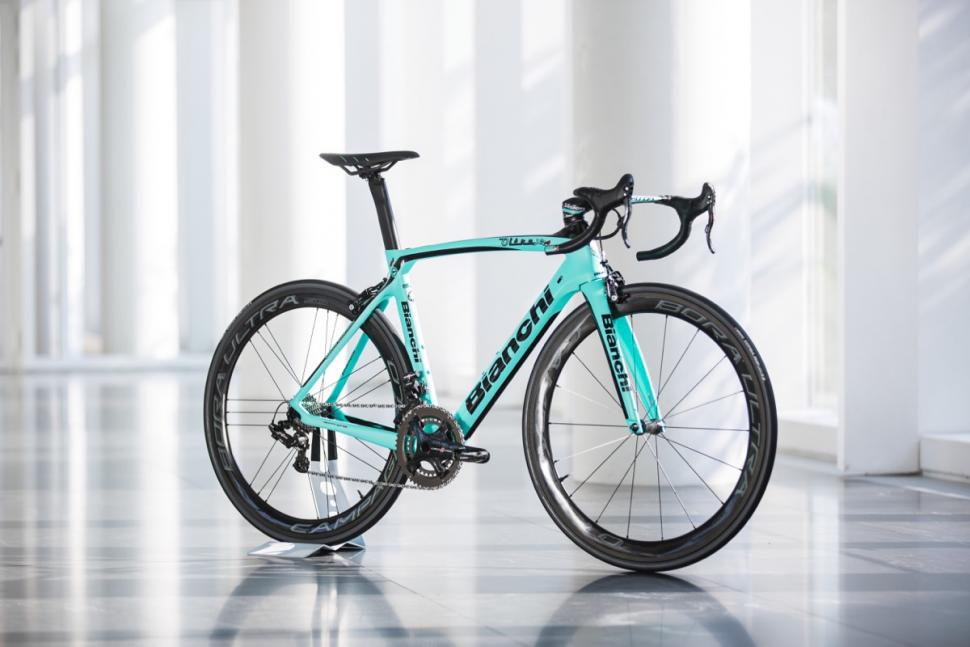 We’ve already shown you the Oltre XR4 a couple of times because it has been ridden over the past few weeks by the Lotto NL Jumbo pro team.

The biggest single difference from previous versions of the Oltre is the inclusion of Countervail vibration cancelling composite technology. This is something that Bianchi already uses on other bikes in its range, including the Infinito endurance road bike, the Aquila time trial bike, and the Specialissima lightweight race bike. 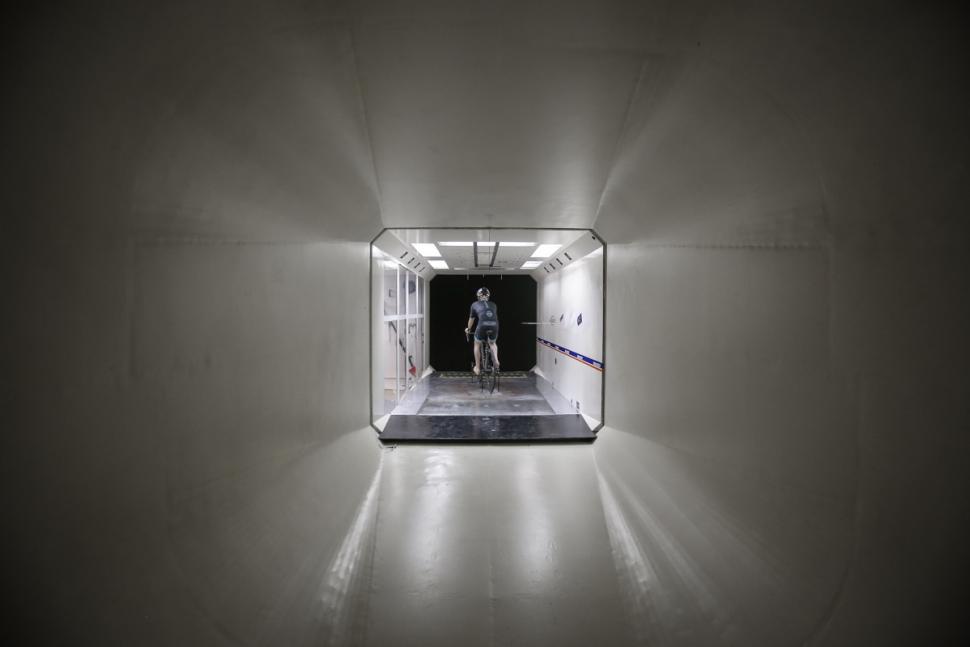 Read our review of the Bianchi Specialissima here.

“Developed for NASA by the Materials Sciences Corporation, Countervail is a composite-material system that combines viscoelastic carbon material within a unique fibre preform to cancel road vibrations and reduce turbulences in the frame that can affect its performance,” says Bianchi. 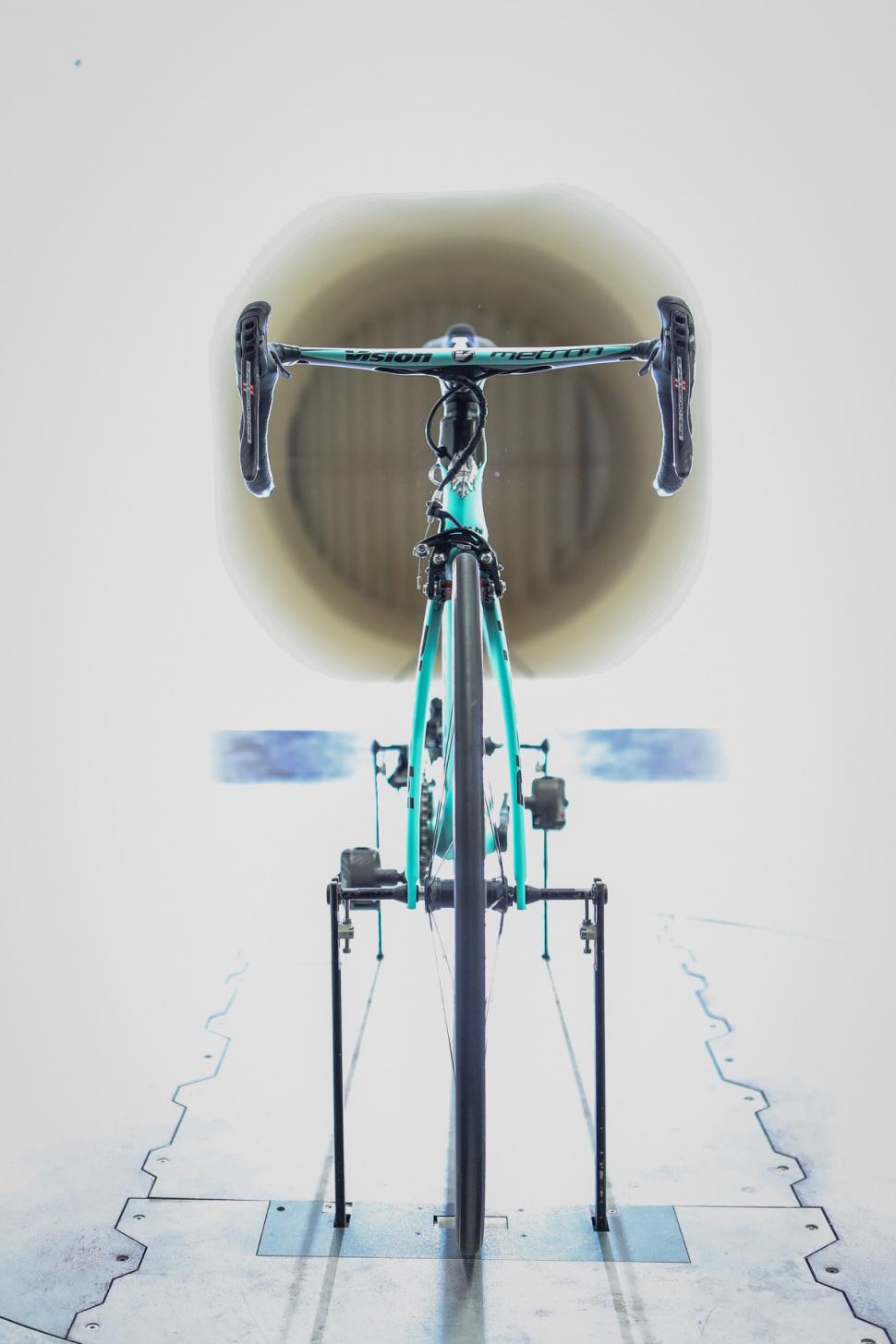 “Countervail enhances the rider’s peak power output by maximising the vibrational dissipation in the surrounding polymers. Countervail is exclusive to Bianchi CV frames and forks for unparalleled cancellation of vibration, ensuring the frame’s optimum performance at peak power output and high speed, and eliminating road buzz to reduce rider fatigue.” 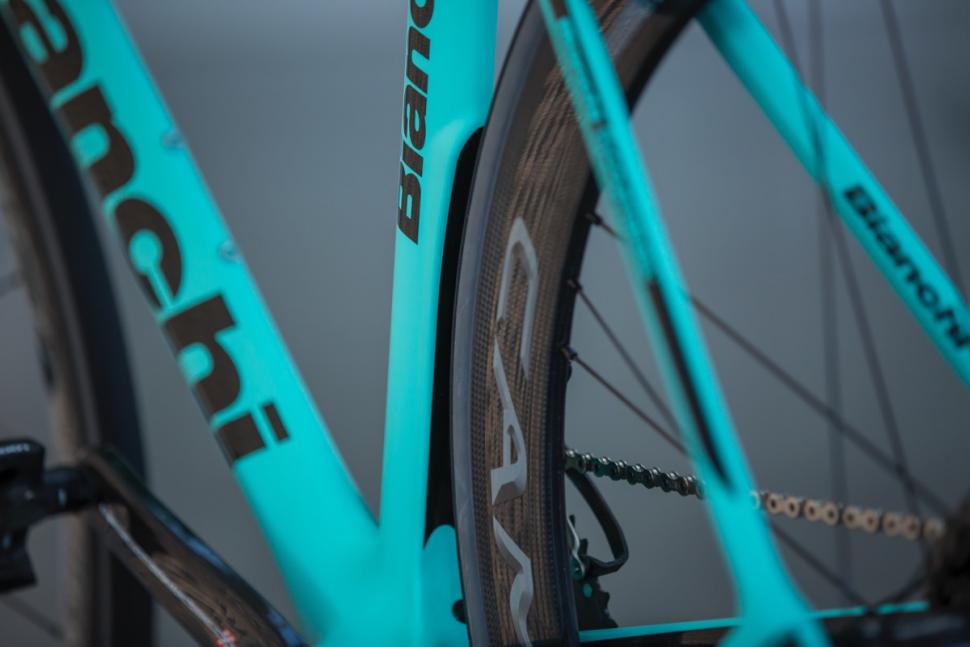 That’s the party line. When we rode the Specialissima we said, “The Countervail soaks up road vibration, all that little buzz that you don't really pay attention to, but once it's gone it's a marked improvement.”

Check out our review of the previous generation Bianchi Oltre XR2 here.

Bianchi points out that your body contributes the vast majority of aerodynamic drag when you’re riding (as opposed to the bike), so anything that helps you stay in your aero position is going to benefit your overall speed. 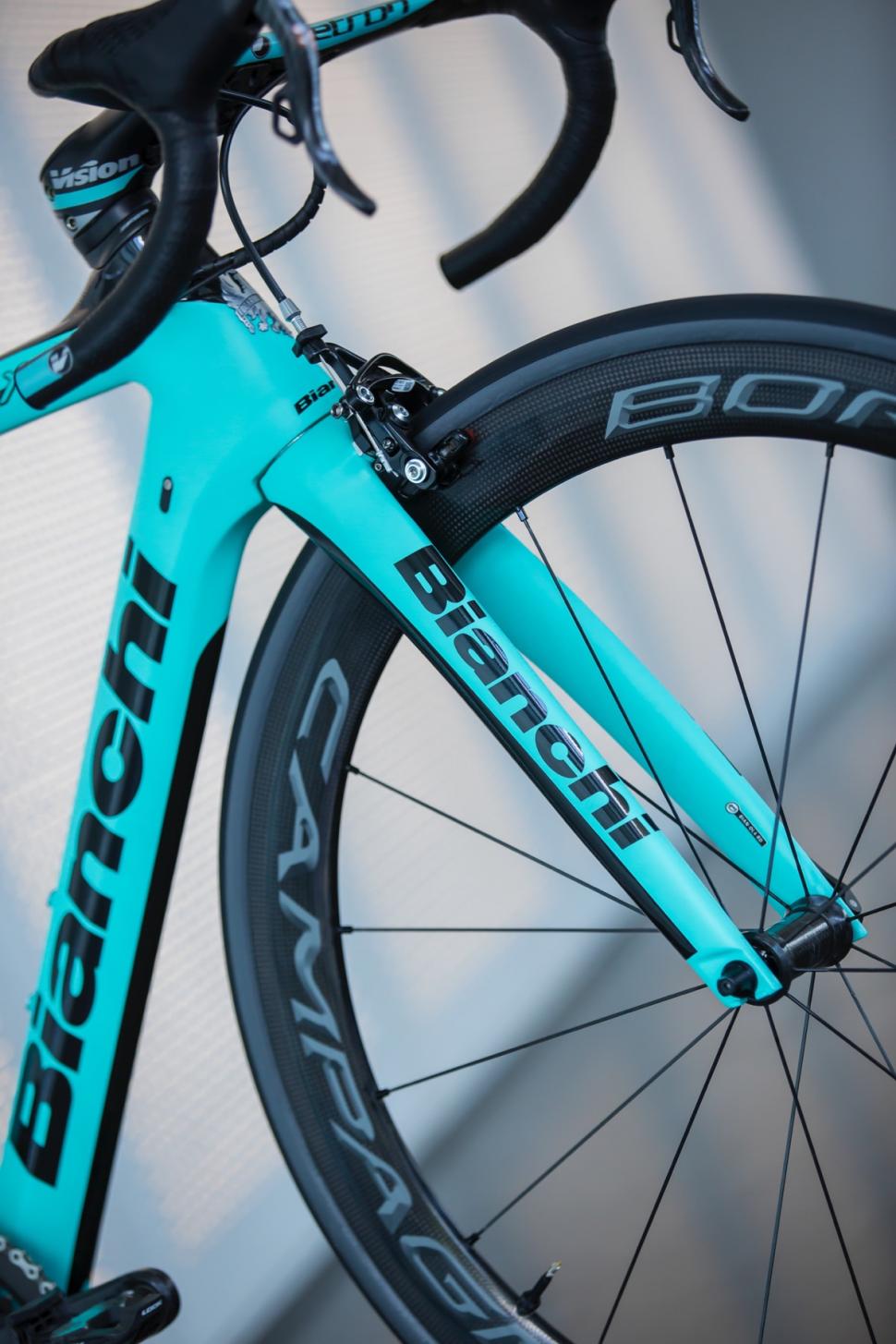 “With our new Bianchi Oltre XR4, enhanced with revolutionary Countervail vibration cancelling technology that increases control, reduces fatigue and frame turbulence that affect performance, you will be able to hold your most aero position at high speed for longer to maximise your aerodynamic advantage.”

As well as adding Countervail technology, Bianchi has made several important changes to the shape of the frame as a result of CFD (computational fluid dynamics) and flow visualisation. It says the changes have resulted in significant aerodynamic improvements over the XR2. 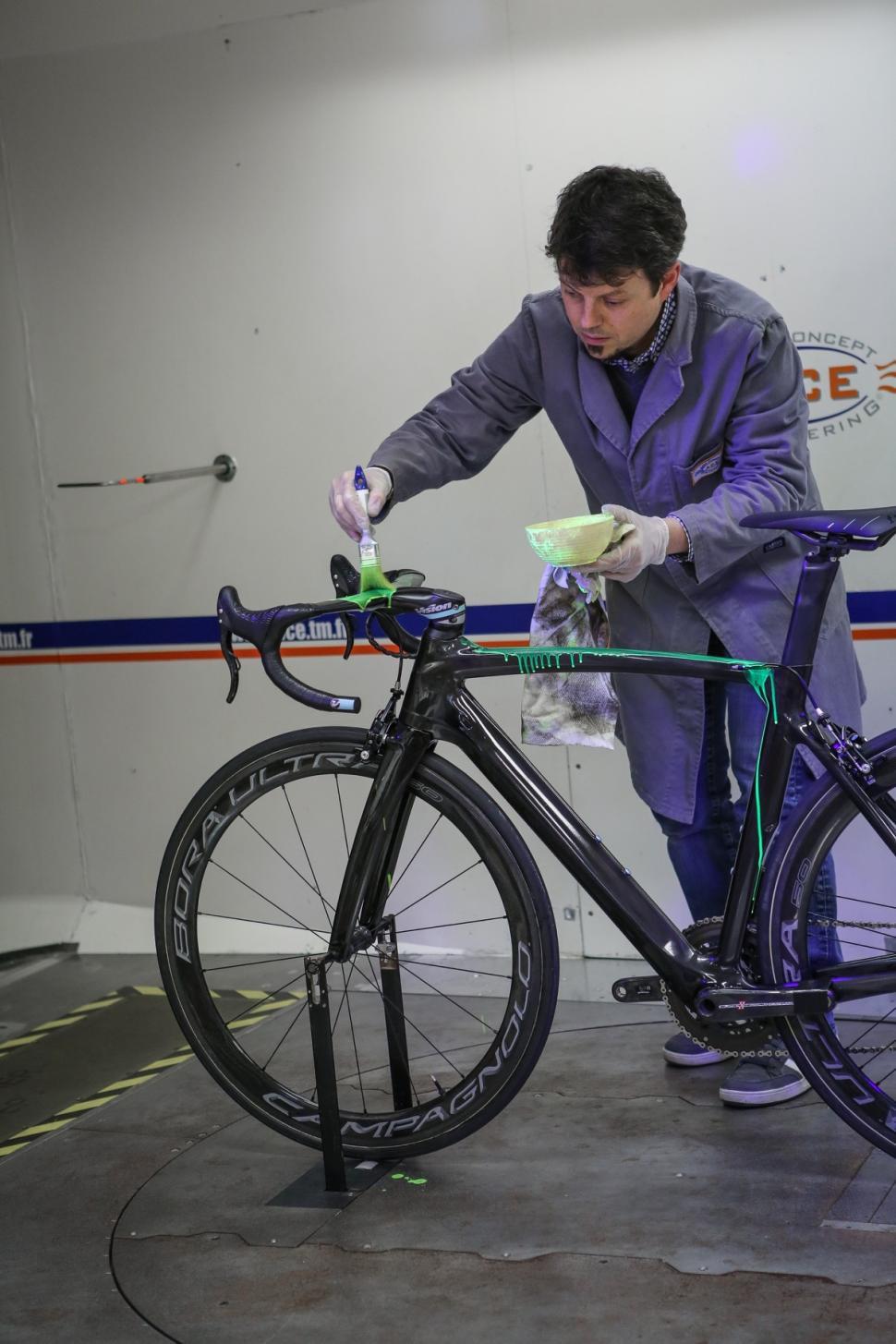 “In a wind-tunnel, technicians flew fluorescent paint over the frame and fork’s surface at race speed and interpreted their trace patterns and intensity to reveal the aerodynamic performance of every aspect,” says Bianchi. 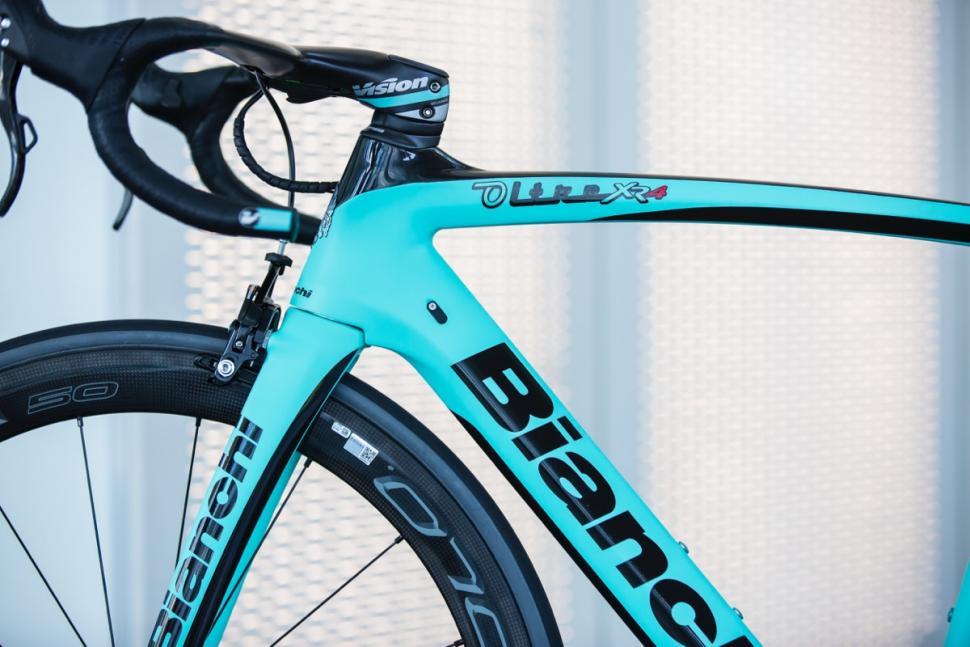 The aero head tube is said to have been inspired by Aquila CV time trial bike profiles. It is available with two different top cups, one for use with a conventional stem and the other for use with a Vision Metron 5D combo handlebar/stem. This handlebar and top cup give an integrated front end. 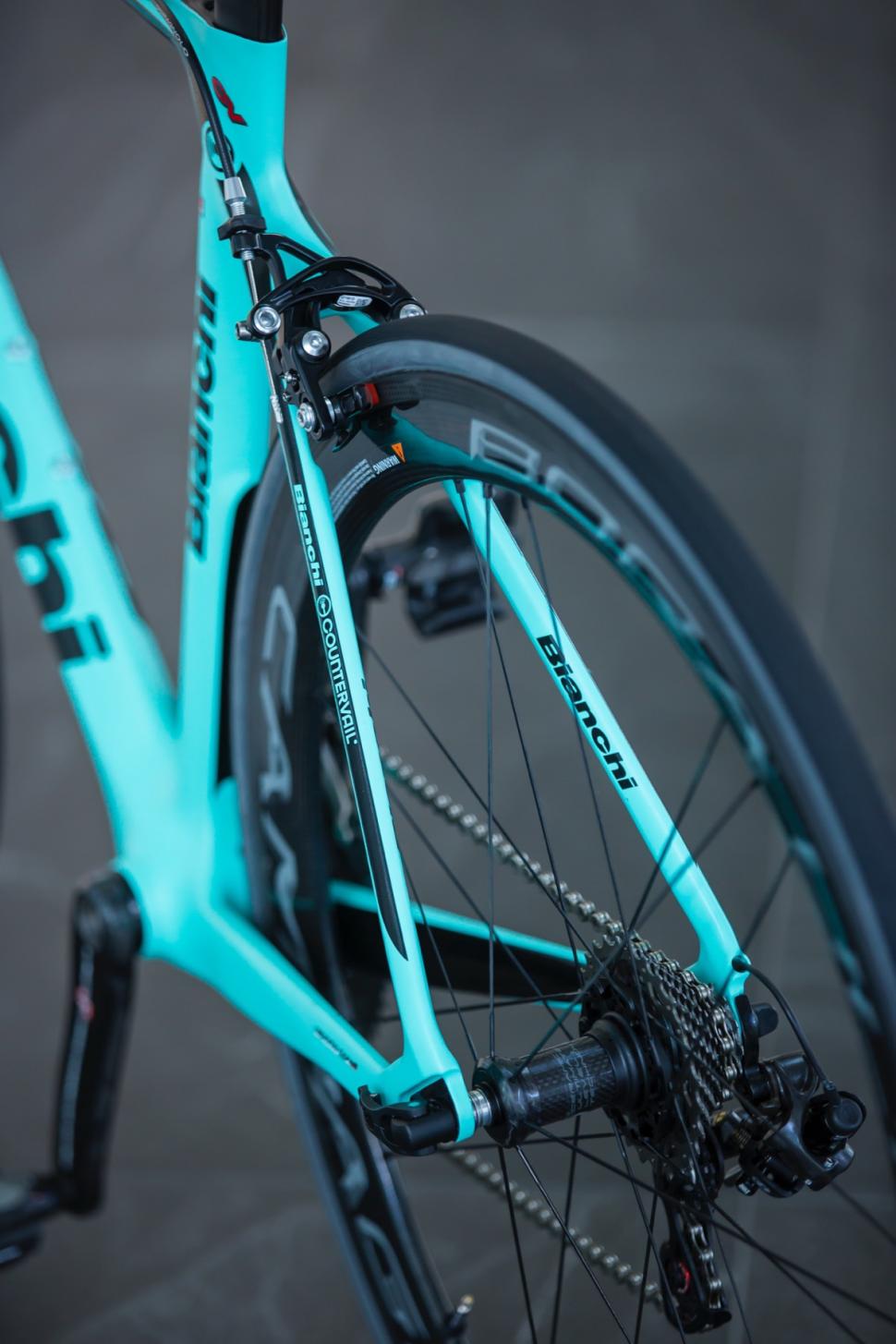 The seatstays are positioned wide of the rear wheel and they’re aero profiled to reduce drag.

Bianchi has switched to direct mount brakes, the rear one completely shielded by the wishbone seatstays. 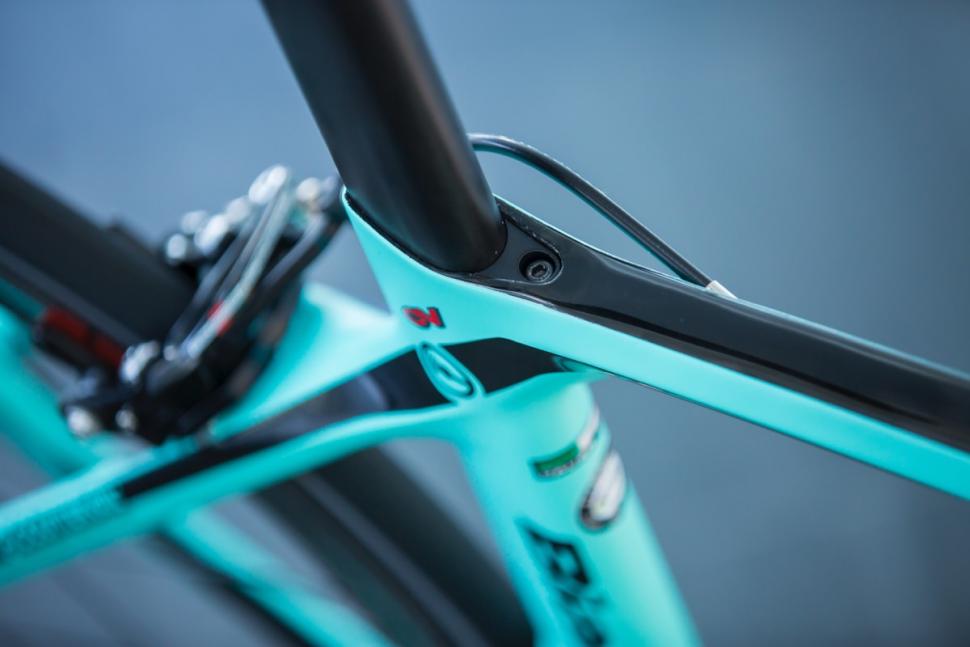 The seatpost clamp sat flush with the frame on the XR2 but Bianchi has moved to a wedge type design for the XR4, the bolt tucked inside the top tube. 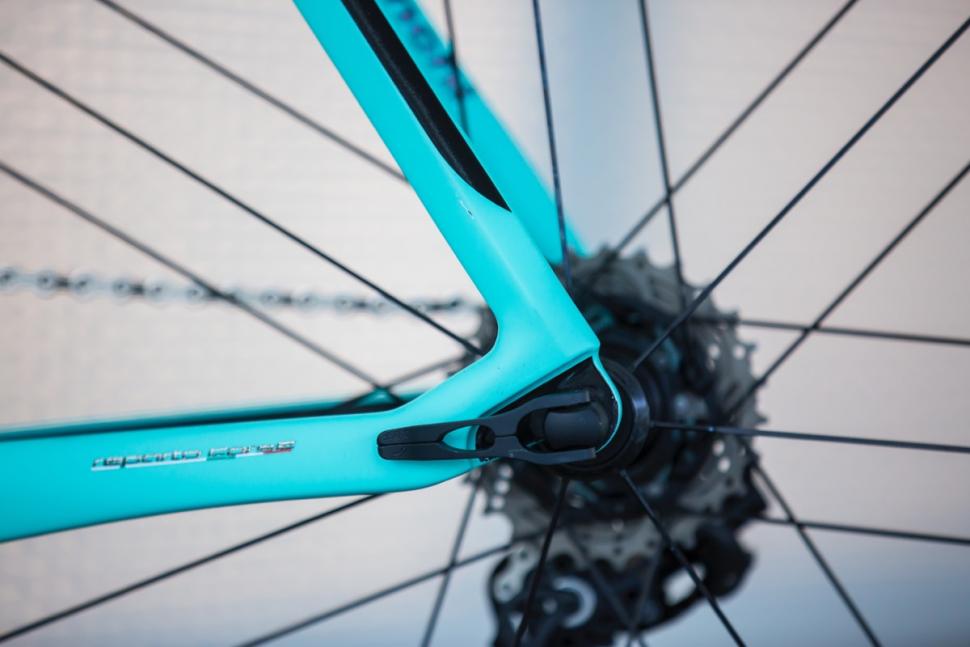 The chainstays are now wider for higher stiffness. A metal insert is added to the carbon dropout. 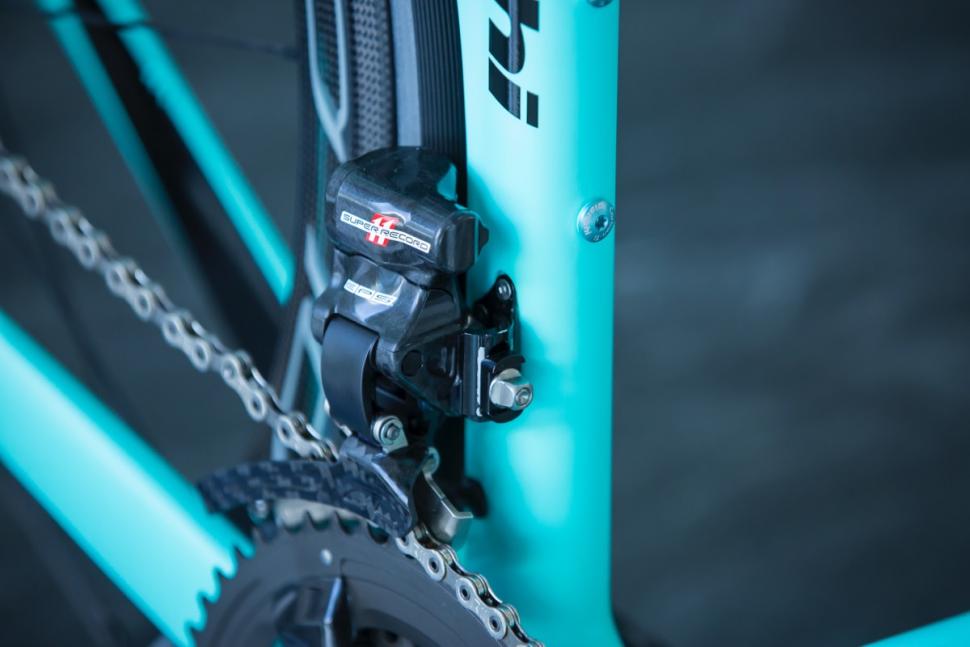 The front derailleur now lives on a removable bracket that’s designed to be stronger than a band type clamp.

The aero seatpost has an adjustable head and a clamp offset of either 25mm or -10mm. 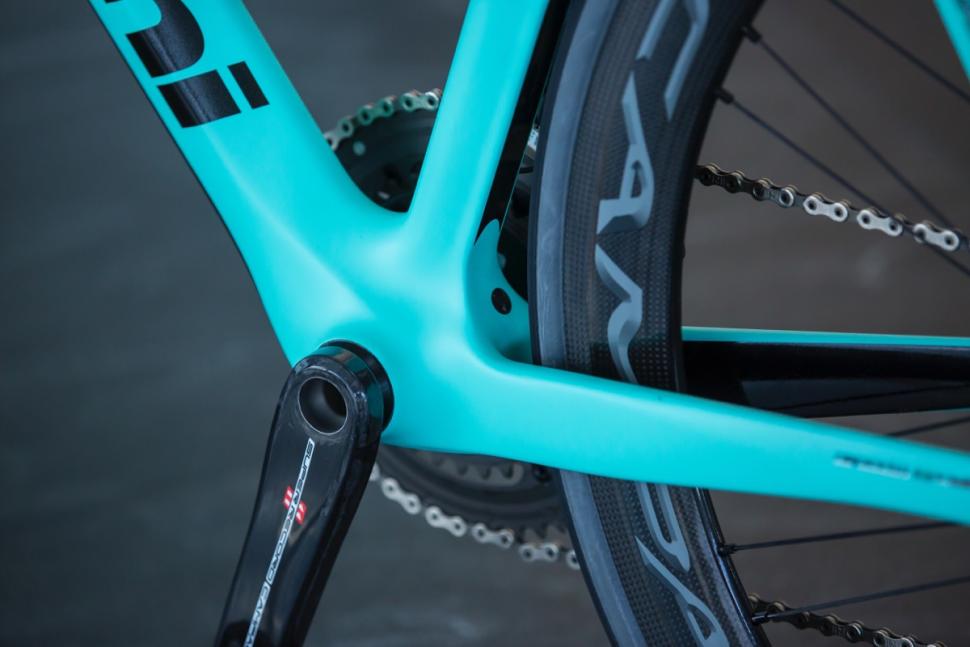 The full carbon fork did take a 1 1/2in lower bearing before but that has been slimmed down to 1.4in (yes, 1.4in is what Bianchi is telling us).

The crown integrates with the frame and the legs have a narrow frontal surface area, again inspired by the Aquila CV. 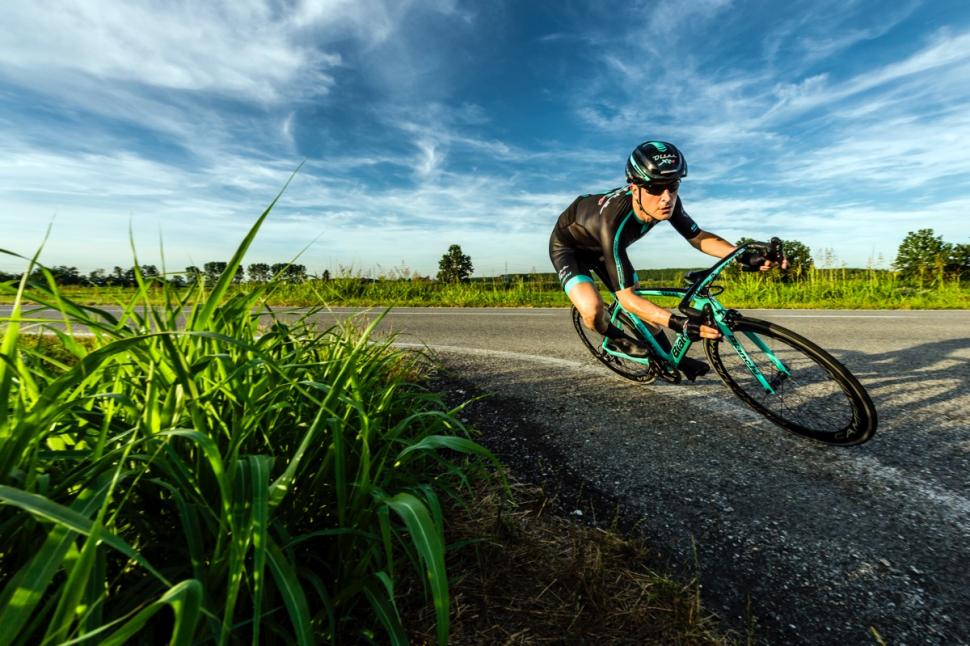 The Oltre XR4 CV is built to a race geometry that’s very slightly altered from that of the XR2, with head tubes 5mm shorter across all seven sizes to take account of the new headset system. The 57cm frame, for example, has a head tube that’s 155mm rather than the previous 160mm. The stack height (the vertical distance from the centre of the bottom bracket to the top of the head tube) is 557mm (down from 561mm) and the reach (the horizontal distance between those points) is 395mm (up from 393mm). 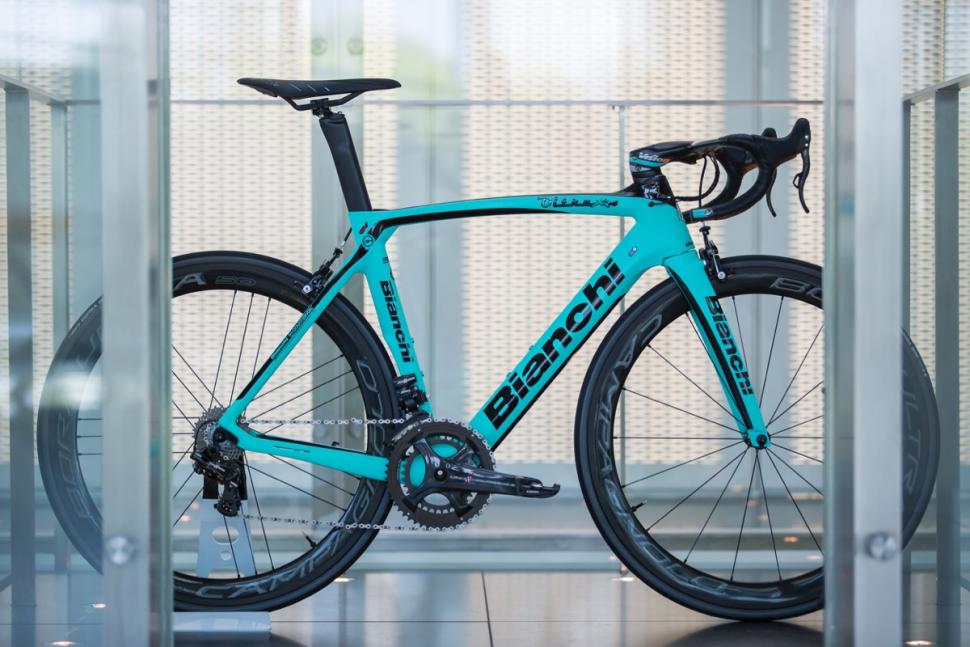 The Oltre XR4 CV will be available in five different colour options, including a couple of celeste/black versions for the traditionalists.

Bianchi will be releasing the bike in eight different builds:

We don’t yet have prices.