Here are the most interesting shoes that we've spotted so far in this year's Tour de France.

Did the team have polka dot shoes packed away ready in all sizes just in case one of their riders took the lead in the competition? They did a good job though.

Etixx - Quick-Step’s Dan Martin has been wearing some prototype carbon-fibre shoes that are being developed by Mavic. 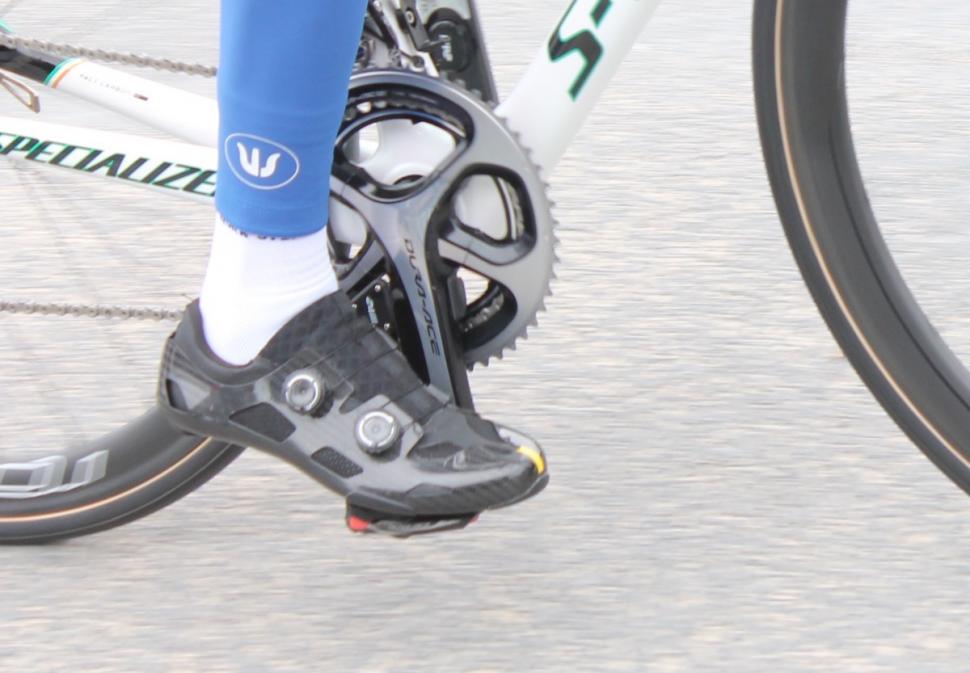 We’ve been told that they have a one-piece inner that’s separate from the outer, and that the design owes something to snow sports boots, but we don’t have any more details than those at the moment.

Read our story on these shoes. These are the shoes being worn by John Degenkolb and the other Team Giant Alpecin riders. They come in white as well as black. The soles extend well up around the heel and closure is down to two Boa dials. There’s no branding on the uppers to indicate who makes these shoes but the insoles are marked Shimano along with the word S-Phyre in large letters. S-Phyre is a trademark that has been issued to Shimano recently.

The shoes look Fizik-esque, don’t they? But  you can expect a Shimano S-Phyre launch fairly soon. The key change from previous shoes is that the Double Tecno-3 rotary dials move from the side to a central position.

Find out about the Sidi Shot shoes here. 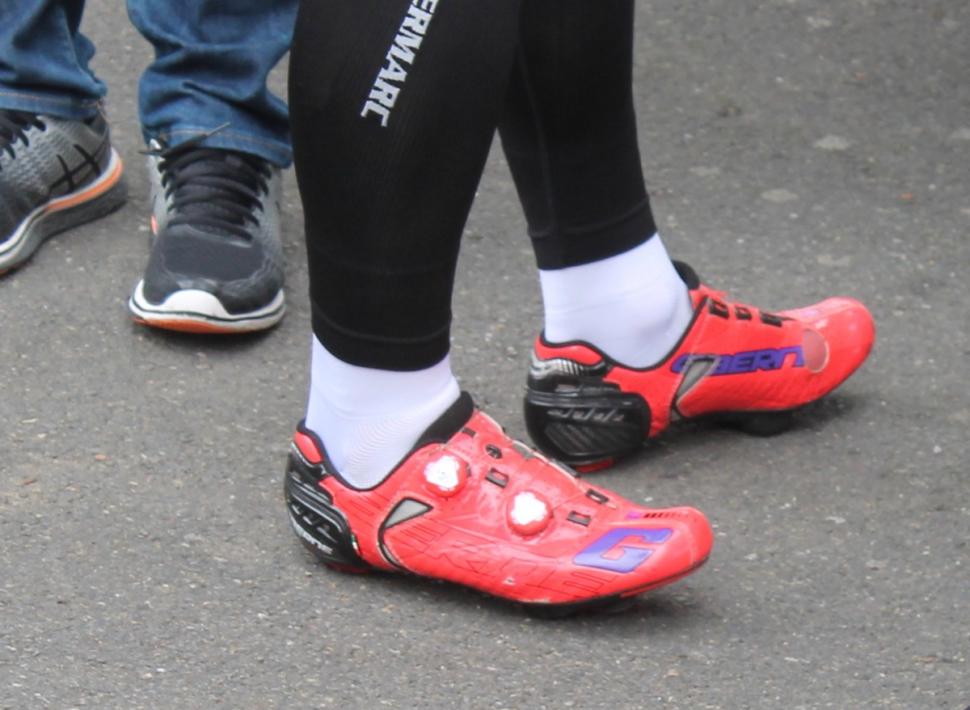 Lotto Soudal’s Andre Greipel appears to have a circle cutaway in the upper of each of his Gaerne shoes. The lightweight material that fills the hole is coloured to match but there’s definitely something strange going on there. We imagine the idea is to relieve pressure in that area.

That bloke stood behind, by the way: Asics! Direct Energie’s Brian Coquard has been wearing lace-up shoes from Italian brand DMT that look a lot like bowling shoes or normal trainers. In fact, they appear to be a development of the P1 track shoes but without an external cover over the laces. 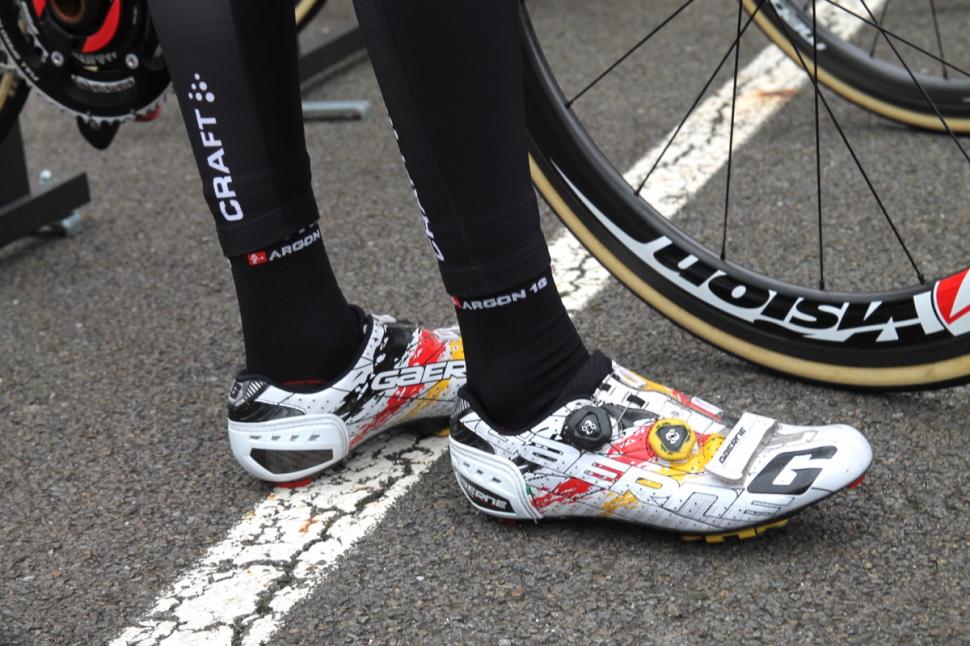 These Gaerne G-Stilo shoes have black, red and yellow stripes along with black and yellow dials. The colours could represent the Belgian flag but Bora-Argon 18 is a German team with three German riders in the Tour, so that’s the explanation. Marcel Kittel, winner of stage four, wears Sidi Wire Carbon Airs in Etixx - Quick-Step’s blue. The shoes have a microfibre upper and an adjustable heel retention device at the top of the heel cup. There's nothing too unusual about these shoes, but they do look cool.