It’s essentially a head-mounted display that can be synced to a Garmin Edge computer and fitted to regular sunglasses, weighs less than 30g, has a claimed 8-hour battery and will cost £319.99.

The Garmin Varia Vision “ makes it easier than ever for cyclists to keep focus while riding” claims the company. It’s basically a computer you wear on your face. No more turning your head to look down a stem-mounted computer, the Varia Vision provides data right in front of your eyeball. 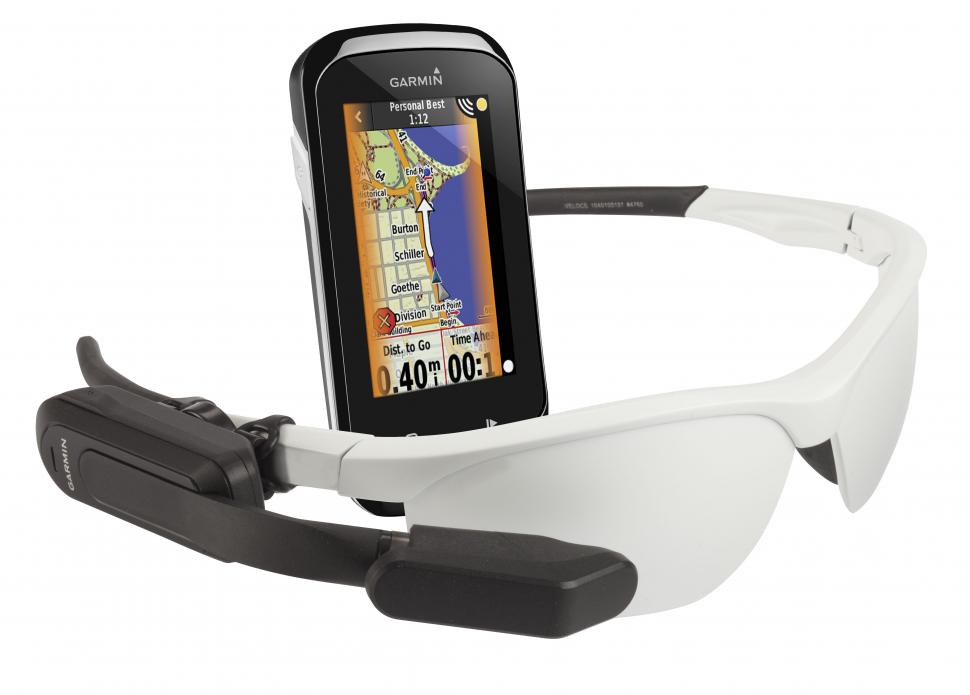 The idea of a heads-up display isn’t a new one. The Recon Jet Black, which we reviewed last year, offers a similar hands-free heads-up display, allowing you to see how fast and far you are cycling without taking your eye off the road. It wasn’t without its problems, being bulky,  expensive and short on battery life. There’s also the aborted Google Glass project (a new version is in development) which offered similar heads-up data but was met with a lukewarm reception. The Varia Vision provides a colour screen and has an integrated ambient light sensor. The arm of the device is fully adjustable and it can be mounted on either side of the face. It’s light, weighing a claimed 29.7g. It can be connected to any compatible Edge computer (using Bluetooth) to provide all the data you could want, and the data screens can be customised.

Garmin claims an 8-hour battery life for its new Varia Vision. The device, which can be mounted to most sunglasses (and makes it much more flexible than the Recon Jet because you can use your favourite glasses), features a touch panel to change between the different modes. The touch panel can be operated with gloves and in the rain. 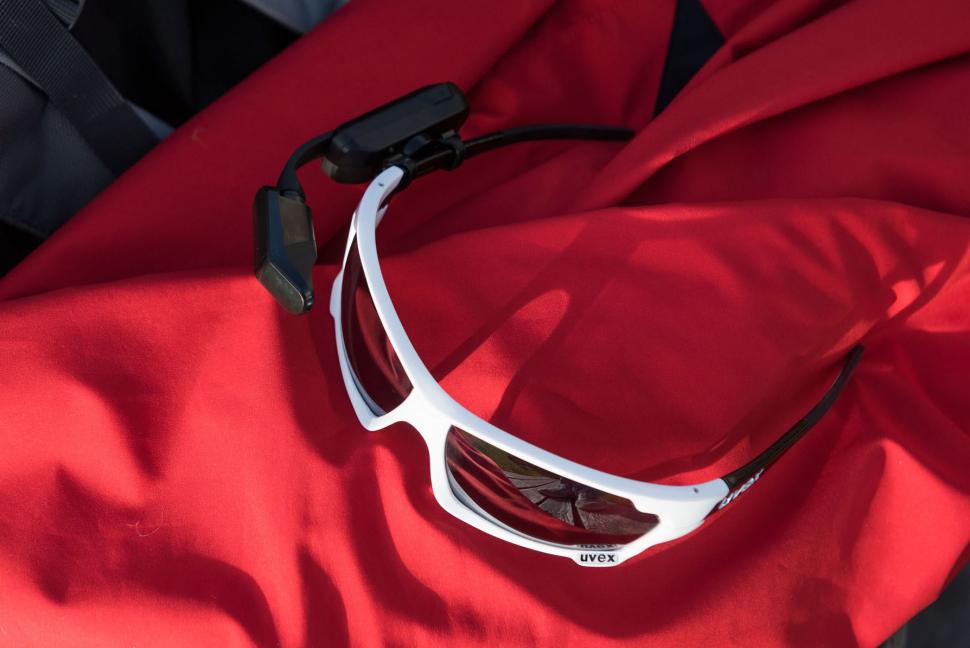 The Varia Vision can also be connected to Garmin’s Varia review radar so you can see vehicles approaching from behind, without having to look over your shoulder.

“We’re extremely excited to announce the next device in our line of innovative Varia cycling awareness products – the Varia Vision in-sight display,” said Dan Bartel, Garmin vice president of worldwide sales. “Cyclists can now easily view their data and receive alerts during a ride without needing to take their eyes off the road ahead.”

Google Glass wasn’t the success its company hoped it would be, but could Garmin’s attempt at making a sports-orientated heads-up display be met with a warmer reception? We’ve yet to get our hands on a set to see how it works and if it has the potential to genuinely work.

Game-changing or an unnecessary gimmick?