Giant has redesigned its TCR Advanced Pro bikes for 2016, making them lighter without losing any stiffness, according to the brand. The top level Advanced Pro 0, priced at £3,799, has just arrived here at road.cc for testing. We went to the launch of the new TCRs back in June  and took the TCR Advanced SL out on a First Ride. 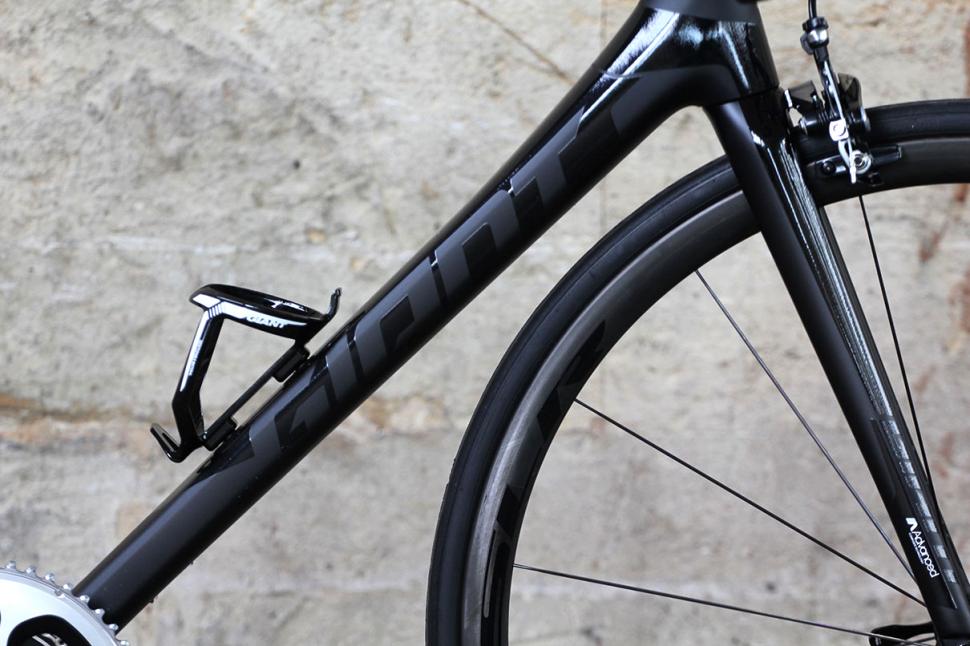 The Advanced Pro is made from what Giant describes as its ‘Advanced-Grade Composite’. Giant takes T-700 raw carbon-fibre and uses it to produce a custom composite material in its own composite factory.

Giant has slimmed down the Advanced Pro for 2016, reducing the profile of the top tube, seatstays, chainstays, seatpost and fork legs, and making the walls a more consistent thickness than before to minimise excess weight. 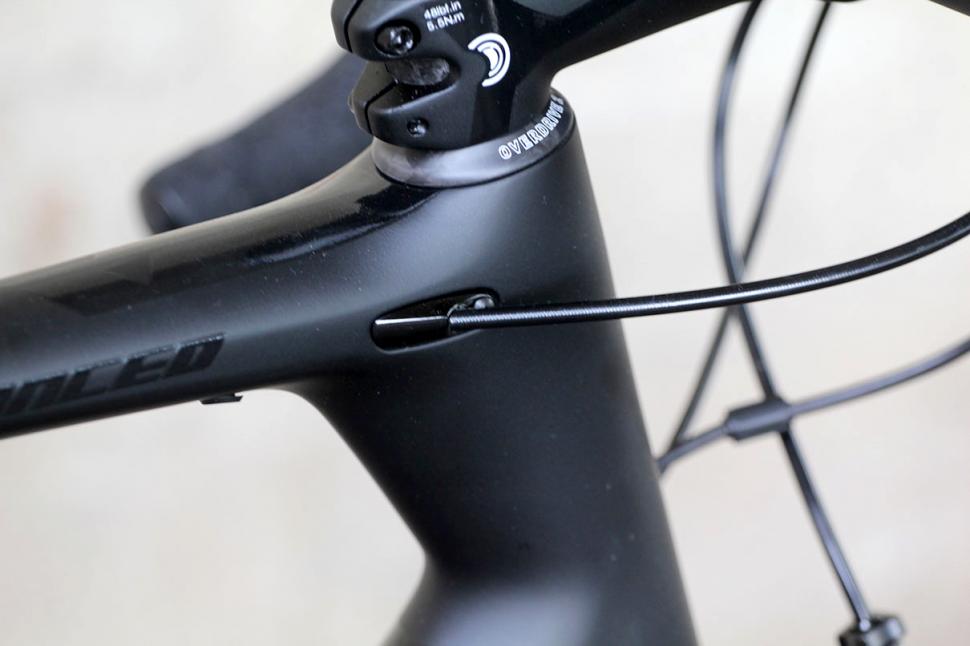 Giant says that it has been able to shave off the weight without sacrificing stiffness. This is something that the brand was keen to emphasise at that TCR launch I mentioned. There have been plenty of superlight bikes launched lately, but Giant says that it doesn’t want to compete solely on a battle of the scales. It points out, rightly, that making a lightweight bike is easy if you don’t mind the frame flopping about all over the place as soon as you crank up the power. It’s retaining stiffness while reducing weight that’s tricky, and Giant reckon that’s exactly what it has managed with the Advanced Pro. We’ll find out when we get it out on the road. The TCR Advanced Pro’s geometry has been tweaked very slightly from before, but it’s still completely race-driven and exactly the same as that of the TCR Advanced SL. We have the M/L model here with a 57cm top tube, a 50cm seat tube, and an 16.8cm head tube. That seat tube length is effectively shortened by the sloping top tube, the Advanced Pro being built to Giant’s Compact Road Geometry. The idea is that this design reduces the size of both the front and rear triangles to create a lighter, stiffer bike. 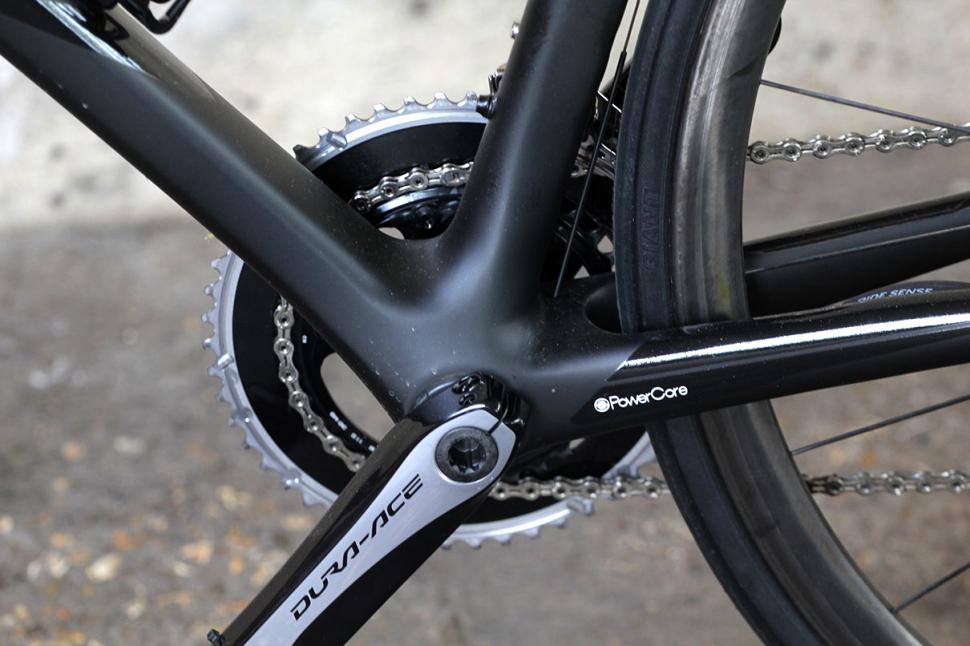 At the heart of things is what Giant calls its Powercore oversized bottom bracket/chainstay area, with an 86mm-wide BB and asymmetric chainstays that are designed to provide stiffness. The head tube is designed for stiffness too, Giant using oversized bearings both top (1 1/4in) and bottom (1 1/2in). This is what it calls its Overdrive 2 system. 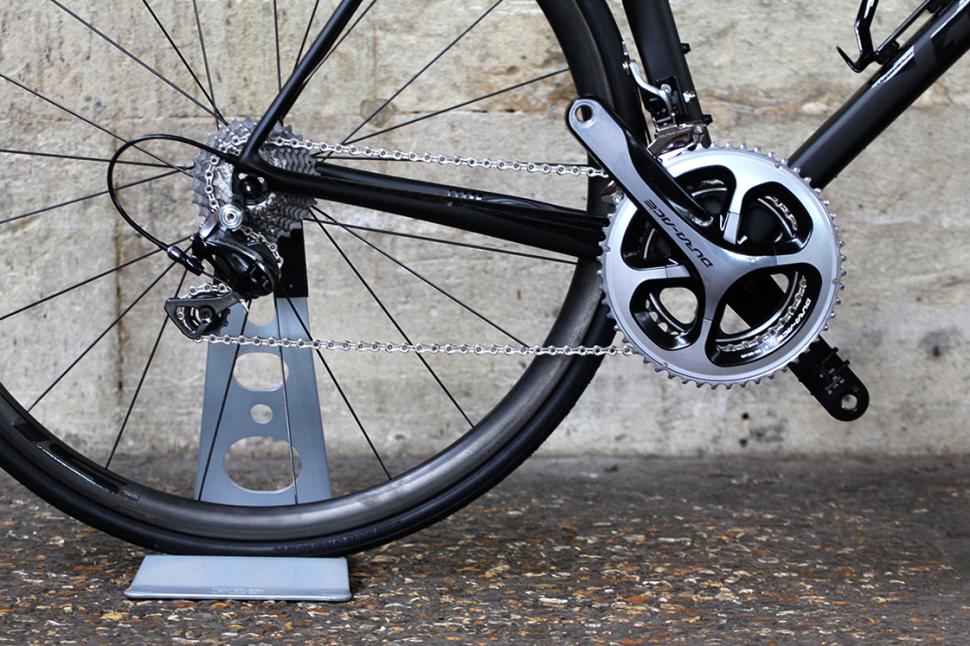 Like all the other TCR Advanced SL and Pro bikes, ours has a 52/36-tooth chainset, often called semi-compact or faux pro. It’s a popular option that gives you a good mix of high and low gears. The only non-Dura-Ace groupset component here is the KMC X11SL chain. The Giant SLR 0 wheels aren’t your typical in-house wheels in that they come with DT Swiss hub internals and a claimed combined weight of just 1,335g. We’re really looking forward to trying these out. 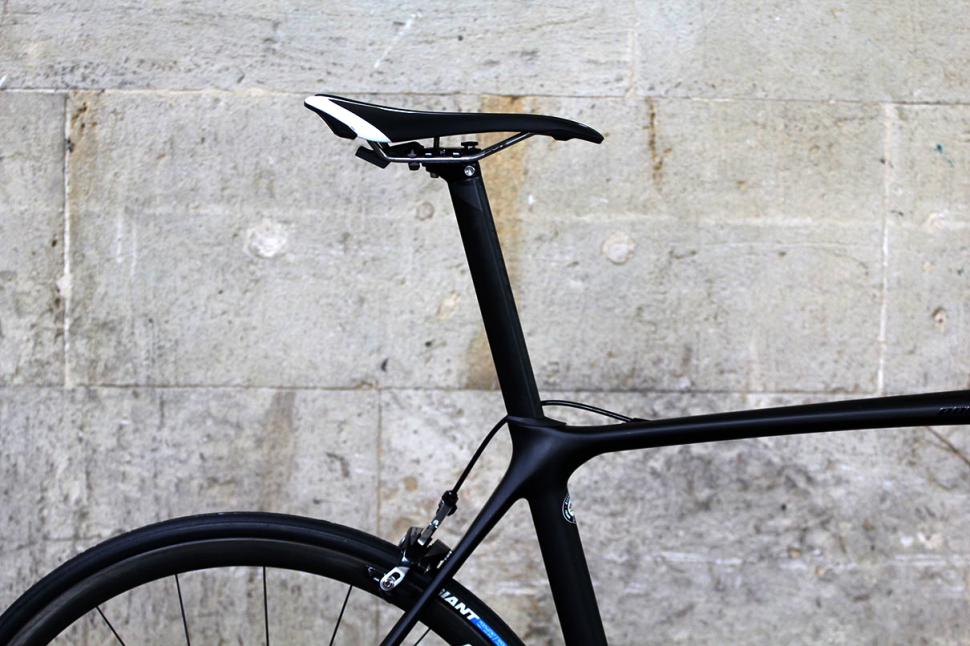 A couple of other components that deserve a mention are Giant’s own Variant seatpost, made from composite and designed to offer compliance, and a new Contact SL saddle that features what the brand calls its ‘Particle Flow Technology’. Two separate pockets of padding contain free-flowing particles that, according to Giant, reduce pressure points by more than 20 percent. Of the bikes that we’ve reviewed here on road.cc recently, the closest in price to the Giant TCR Advanced Pro 0 is the £3,600 De Rosa Idol equipped with a Campagnolo Athena groupset and Fulcrum Racing Zero wheels. The De Rosa has a very stiff frame but it can’t live with the Giant in terms of weight, coming in almost 700g heavier. 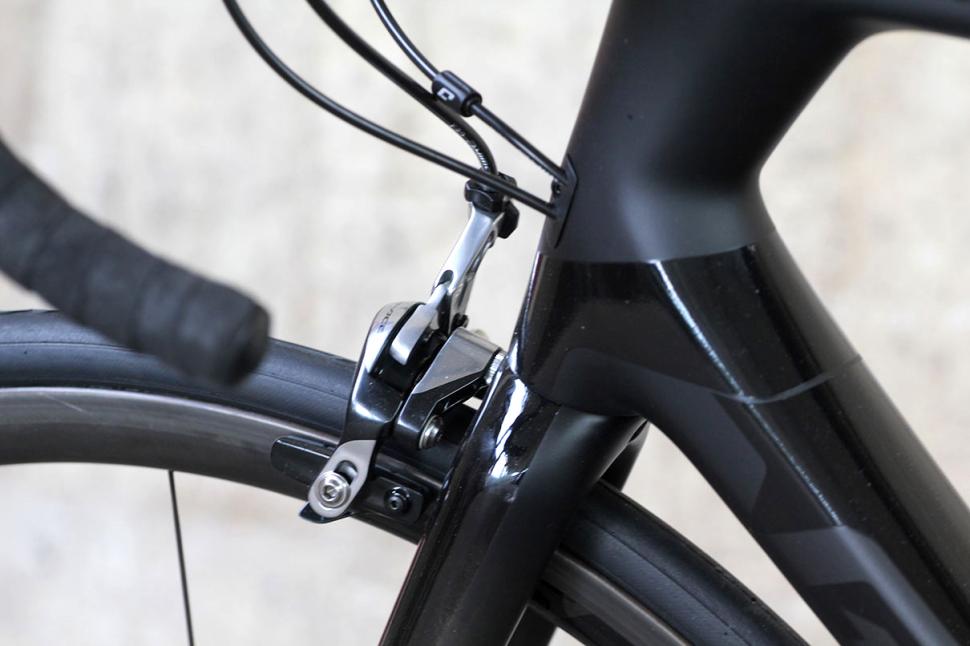 Right, that’s plenty of info to be going on with. We’re going to get the Giant TCR Advanced Pro 0 out on the road. We’ll be back with a review soon.