There’s a new Boardman performance centre, featuring a wind tunnel, on the way too, and a custom bike configurator
by Mat Brett

Boardman Bikes has upgraded models across its Elite range for 2016, added new options including a couple equipped with SRAM’s new wireless eTap groupset, and revealed plans for a new performance centre that will include a cycle-specific wind tunnel.

You can now buy bikes from the range direct from Boardman via its new website, launched today, as well as through bike stores. That new website features a custom configurator that allows you to put together your own bespoke bike.

That custom option extends merely beyond choosing your own component mix - you can also spec the colour you want - with main frame, secondary frame and a logo colour to chose from. Boardman say the total number of variables on offer comes to more than 5,000.

Custom paint jobs - which are being done by Enigma - are priced on a very competitive sliding scale between £200 and £300 and Boardman say it will take six weeks from order to delivery. Again that sounds very competitive. 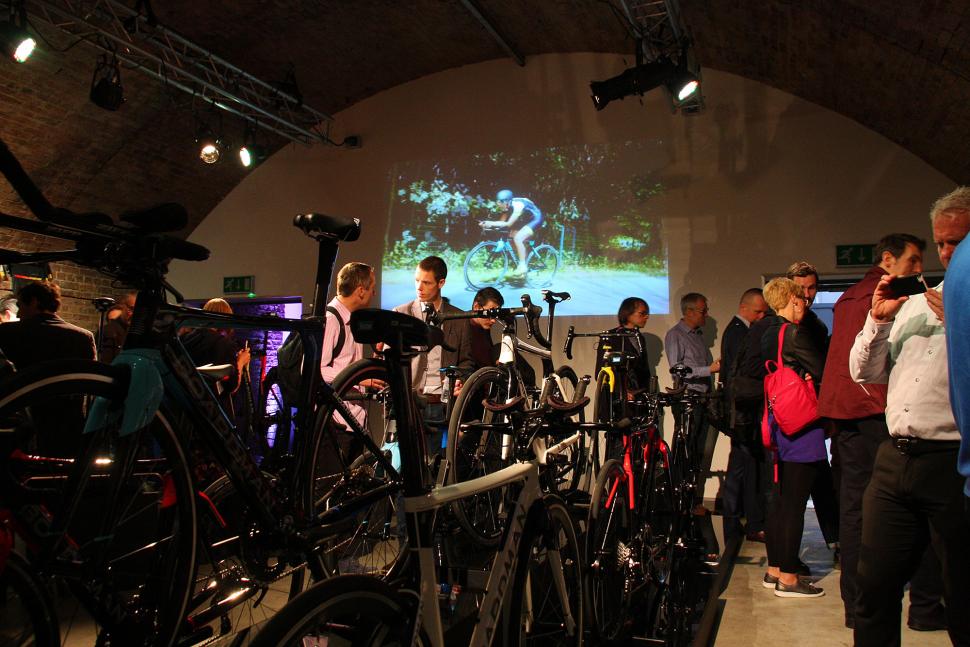 Many of the Boardman bikes now incorporate the brand’s new AST – Aero Surface Trip – technology which, it is claimed, reduces drag by 6 watts and could potentially save you 23secs over an hour of cycling.

The idea sounds a little like Ridley’s F-Surface treatment in that it is a strip designed to influence the airflow around the frame tubes and improve aerodynamic efficiency. Boardman says the technology is incredibly subtle and take a lot of fine tuning to get right - the margin between improved performance and making it worse is as little as half a millimetre's difference in the height of the tape. 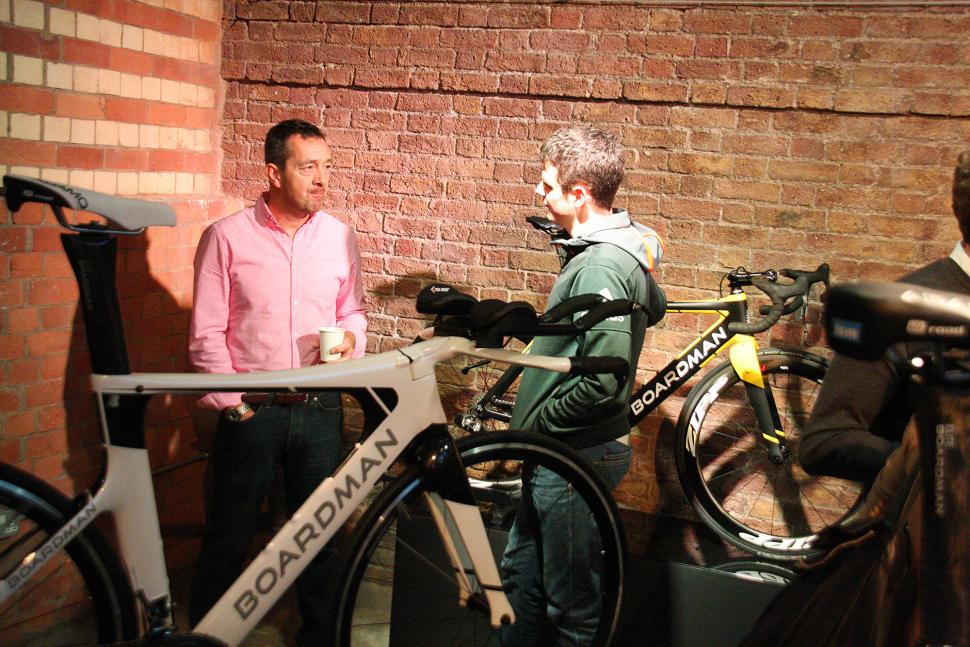 At the launch of the 2016 Boardman Bikes range, Chris Boardman also revealed that the brand is building its own performance centre that, it’s claimed, will incorporate the most accurate bike-specific wind tunnel in the world. The wind tunnel is intended for use as a tool for product development by Boardman, and also for Boardman customers - so if you've ever wanted to tweak your position this will be the place to go.

The wind tunnel is designed from scratch purely for testing bikes - Boardman intend it to be the best bike testing wind tunnel in the world. It has been designed by the team at Boardman from what they've learned from testing in other wind tunnels and addressing the flaws they've identified in other tunnels when it comes to the repeatability of testing with bikes. "Repeatability is the key" a Boardman spokesman told us.

This is the most excited project I have been involved with since I was a bike rider,” said Chris Boardman at the launch of the Boardman 2016 range.

The performance centre is reportedly at an advanced stage of planning – so advanced that a Boardman insider told us they envisage it being open by late summer 2016.

Here are  the range highlights: The top tier bike in the AiR lineup is the AiR Signature, Signature being the name that Boardman uses to denote its best-of-the-best bikes in terms of spec, and it is one of the bikes that features the AST technology (see above).

The Air Signature one comes with a Shimano Dura-Ace Di2 groupset and Enve SES 6.7 carbon clinchers (built around Chris King hubs). Of course, it isn’t cheap. In fact, it’s a lot of money: £8,499.99, to be precise.

Boardman presumably isn’t expecting to sell too many of this model but the Air 9.0 is a lot more accessible (though still a fair ol’ chunk, we know) at £2,199.99. This one doesn’t get the AST tech but you do get Shimano’s second tier Ultegra groupset. Last year, the equivalent bike was fitted with next-level-down 105. 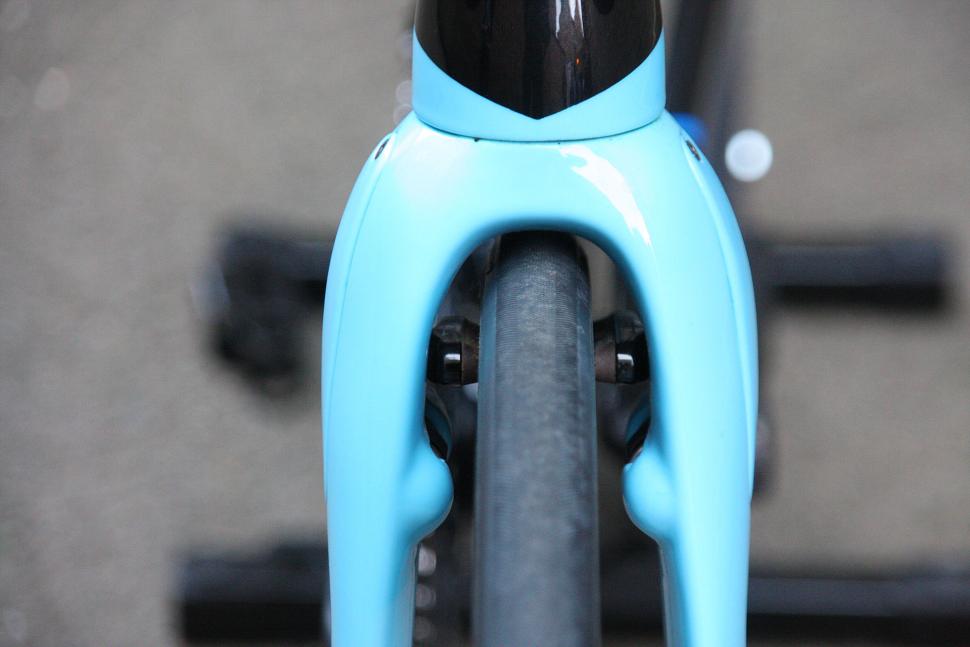 The most accessible bike in the range is the £2,299.99 ATT 9.0. This model doesn’t get that new fork but it does have a Shimano 105 groupset and Zipp Vuka Alumina aerobars. 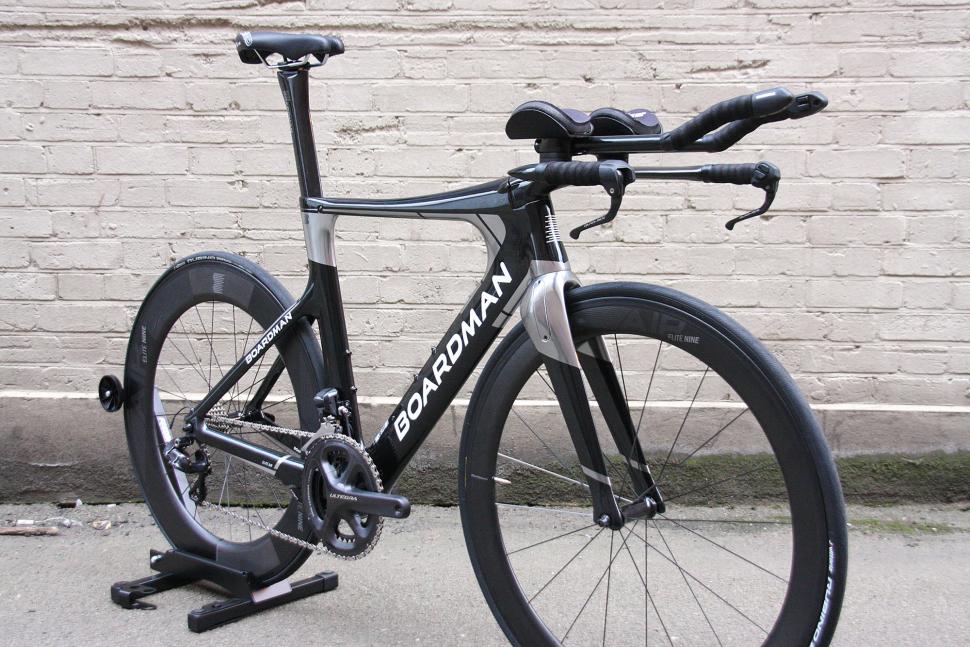 Boardman reckons that the TTE bikes are the fastest it has ever produced and the 2016 models have lower price points than previously. The TTE 9.2 comes with the Boardman T9 fork (see above), a Shimano Ultegra groupset and Boardman’s own AiR Elite Five wheels. Boardman is speccing its own newly developed wheels on many models because it says that it can offer consumers a much better deal than with wheels from third-party brands.

The TTE Signature model – the super-high end model – is going to cost you £8,999.99 (I’m done with all these 9s! I’m rounding up by a penny from now on). It looks like a very cool piece of work with a Shimano Dura-Ace Di2 group and Enve SES 8.9 carbon clinchers.

Boardman has previously had SLR and SLS ranges but they’ve now brought them all together under the SLR name, and the range now covers bikes with both race and endurance geometries. 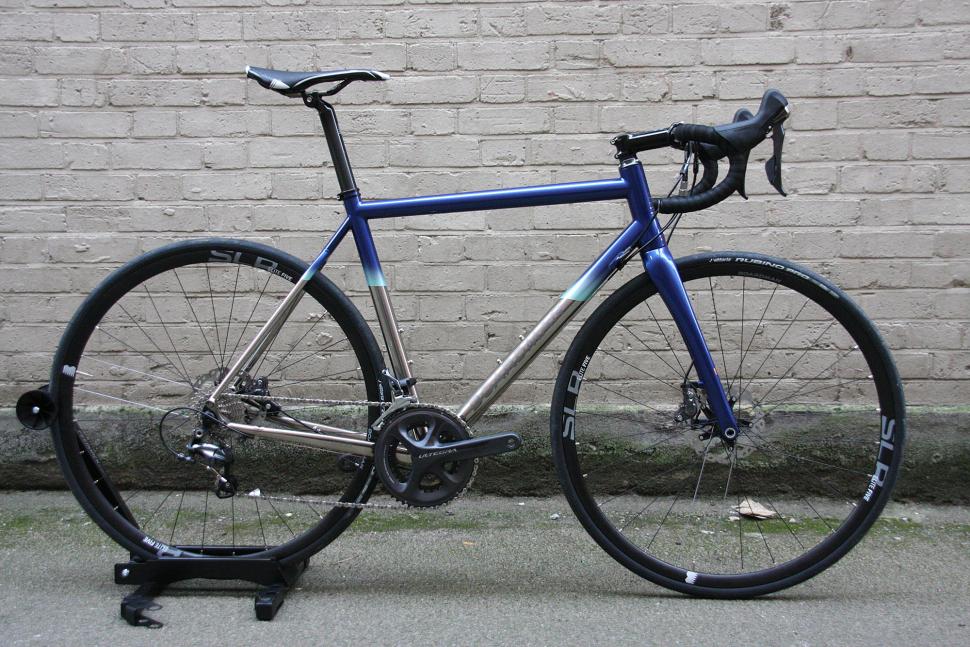 The most interesting addition, and one that has already raised a few eyebrows, is the SLR Endurance Titanium range. It’s a bijou range – just two bikes.

Boardman has never produced titanium bikes before but the brand thinks that the material fits its endurance platform perfectly.

The ti bikes are pretty high end and both come with hydraulic disc brakes and a 15mm thru axle carbon fork. They run with 160mm discs front and rear - Boardman tested 140s but says it found they had a tendency to "cook" and squeal. You can fit 140s if you want though.

The cheaper of the two ti bikes, the non-disc braked 9.2, comes with a Shimano Ultegra groupset and is priced at £3,500. There's also a frameset only option with its own black and yellow paint job for £2,000.

You can't get custom paint on the Endurance Ti models but it's got to be said the standard paint jobs looks pretty slick. 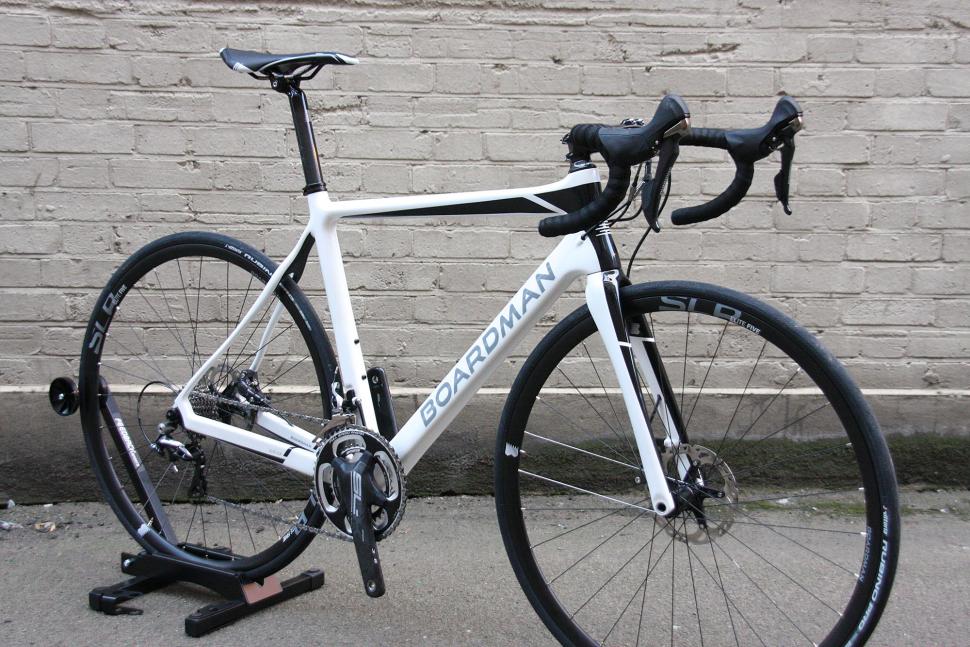 The most affordable of the SLR Endurance Disc bikes is the £2,300 9.0. It is built up with an Ultegra groupset and Shimano hydraulic disc brakes. The wheels are Boardman’s own. The CXR is Boardman’s ruff ’n’ tuff do-it-all cyclo-cross bike, designed for the road as well as off-road. It has been very successful in the past and now Boardman specs a full-carbon disc-specific fork and hydraulic disc brakes throughout the range.

This is the bike Boardman sees as its gravel offering too, because it already has more of a gravel geometry than a pure cross one, with a lower bottom bracket height a slightly longer wheelbase.

The other three bikes in the range have carbon-fibre frames, including the top-level 9.8 (£3,500) which gets Shimano Ultegra Di2 shifting.

Boardman has increased the number of women’s models that it offers for 2016, covering all of its frame platforms. 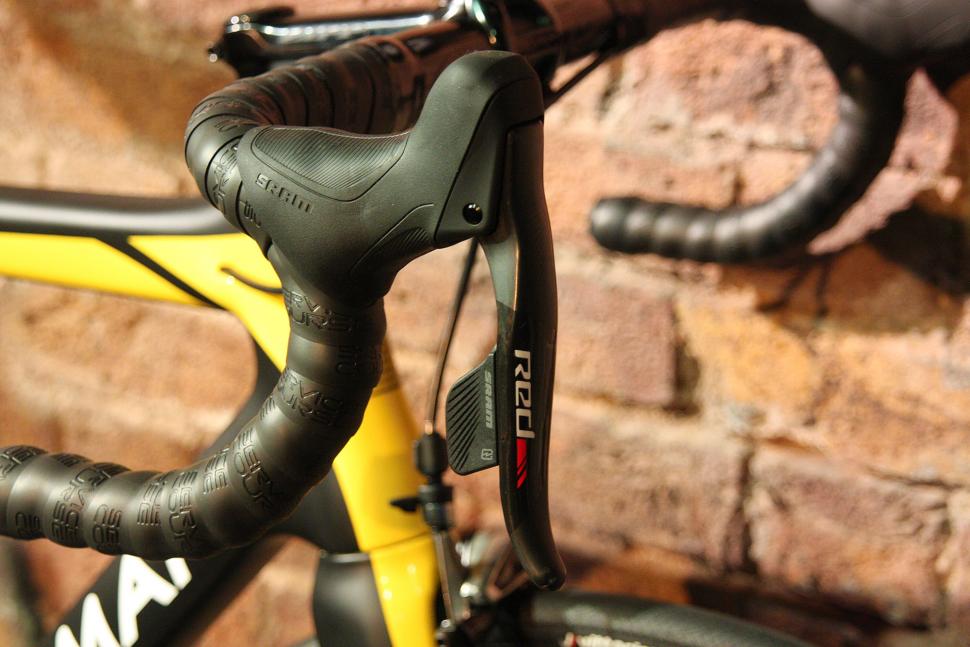 You know all about SRAM’s new eTap shift system, right? Well, Boardman reckons that it will be among the very first to have models equipped with these components on sale.

The Boardman eTap is - for the moment at least - a stock frame and it has the same number of holes as its non eTap brethren. Boardman, though, like other manufacturers, is already planning for a future in which bike frames have fewer holes in them than they do today. 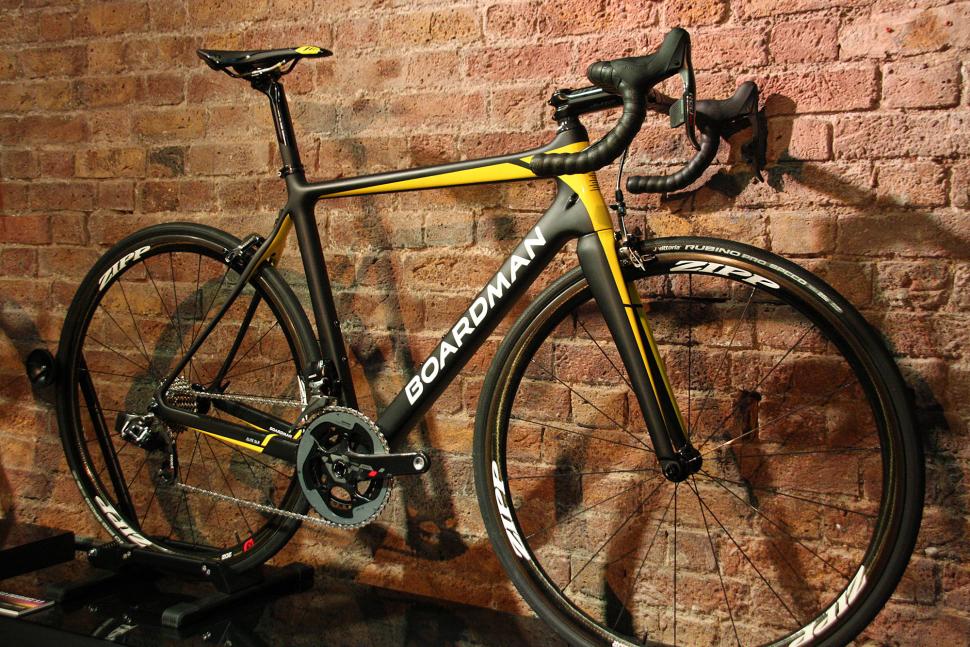 The brand will initially have eTap AiR and SLR models priced at around £6,500, although the price has yet to be confirmed, as does an availability date.