Look’s new 765 endurance bike has just arrived at road.cc HQ for testing. Our version is built up with Shimano Ultegra components and is priced at £2,299. Before we take it on the road, here’s a quick look at what’s on offer.

We first told you about the 765 when it was announced earlier in the year and we had the chance for a quick ride at Eurobike.

One of the 765’s key selling points is the inclusion of flax fibre in the layup of the frameset.

“A layer of linen fibre has been positioned between the carbon thicknesses on the fork and chainstays to encourage the dissipation of vibrations,” says Look. “Another thickness of linen fibre placed around the tube inside the fork and chainstays provides better elongation properties for these tubes, again to filter micro shocks and vibrations that fatigue the cyclist. “The inclusion of linen, with its vibration filtering properties, increases the bicycle’s general performance: the cyclist’s body being less loaded, all his energy will be concentrated on steering and pedalling. A real benefit for very long, tough outings.” Other brands do similar things. Merida, for example, includes what it calls Bio Fiber Damping Compound in some of its bikes, including the Scultura. These are organic flax fibres (linen is produced from flax) that are designed to do a similar job: damp vibration.

Look has also given the 765 an endurance geometry. Chances are that you’re familiar with that concept by now because it’s something that’s common to many brands: shorten the top tube, lengthen the top tube, and put the rider into a more upright riding position than you get on a traditional-style road bike. 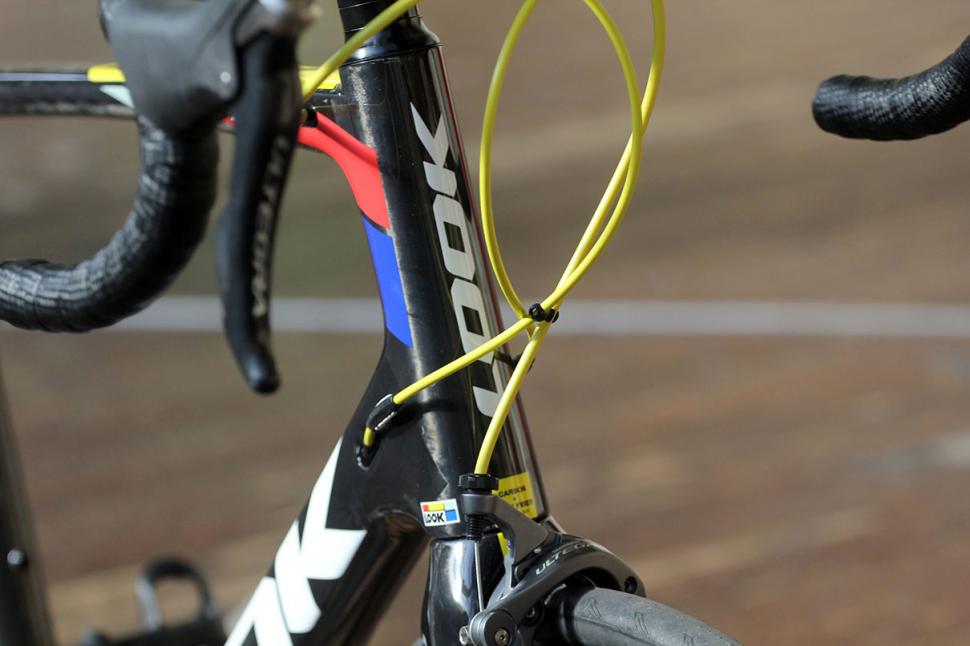 We have the large sized 765 here and I’ll quickly run through the stats for this model. The effective top tube is 569.1mm, the seat tube is 535mm (although the top tube slopes down considerably along its length, so that figure could be misleading), and the head tube is 206.3mm. The stack (the vertical distance from the centre of the bottom bracket to the top of the head tube) is 602mm and the reach (the horizontal distance between those two points) is 385mm. 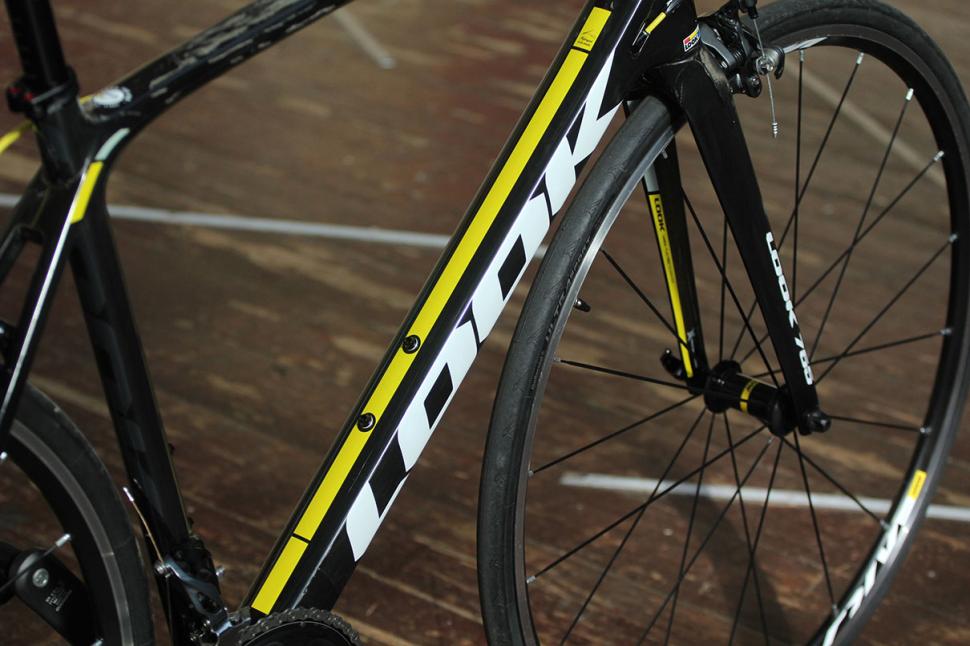 Our review bike came with 35mm of headset spacers so the handlebar is pretty high for a bike of this size. Shifting a couple of those spacers to lower the front end a bit is, of course, a simple Allen key job that’ll take just a couple of minutes.

I won’t go on about the geometry all day but it is very important to the character of this (or any other) bike. For comparison, the large version of Look’s 695 race bike has a stack of 567.4mm and a reach of 394mm, so the front end of that bike is considerably lower and a bit further away from you than on the 765.

One other frame feature that’s worth mentioning is the asymmetric back end. Look has made the right hand chainstay larger than the left one in order to handle the drivetrain forces. Again, this isn’t something that’s unique to Look; many other bike manufacturers do something similar. 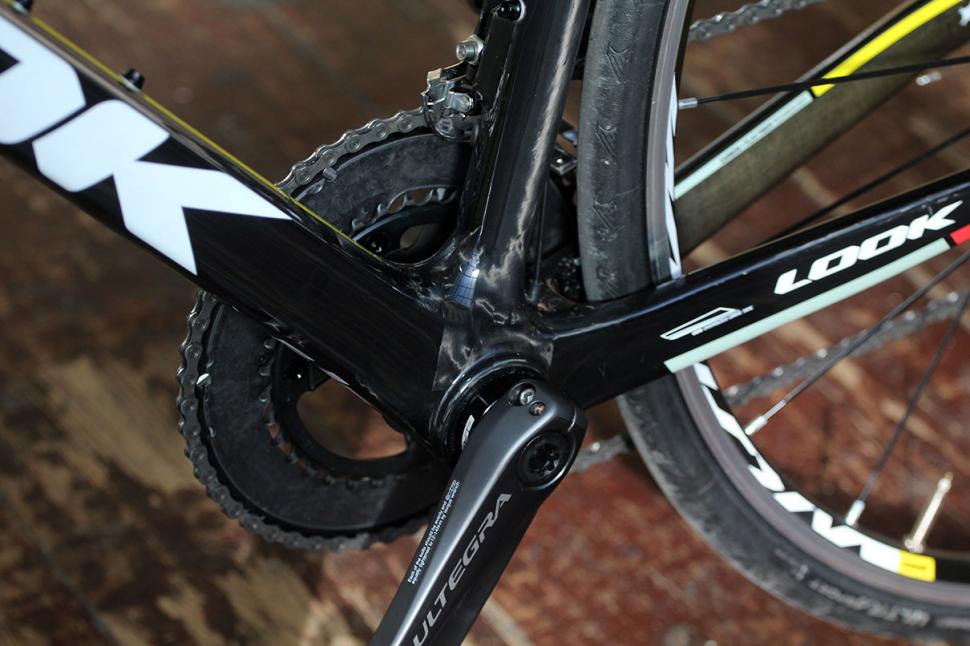 The bottom bracket is Press Fit 30 standard with the bearings integrated into the frame for increased stiffness, while the seatstays are fairly slim, the idea being to add a little comfort at the rear.

Look claims that the frame weighs in at 1,100g, which is reasonably lightweight, while our complete bike hit the road.cc Scales of Truth at 8.5kg (18.7kg) – that’s complete with pedals.

The 765 is actually available in several different builds and ours is the top-level option with a Shimano Ultegra groupset. You’ll probably know that Ultegra is Shimano’s second road tier, considerably cheaper than Dura-Ace but not too far behind in terms of performance. 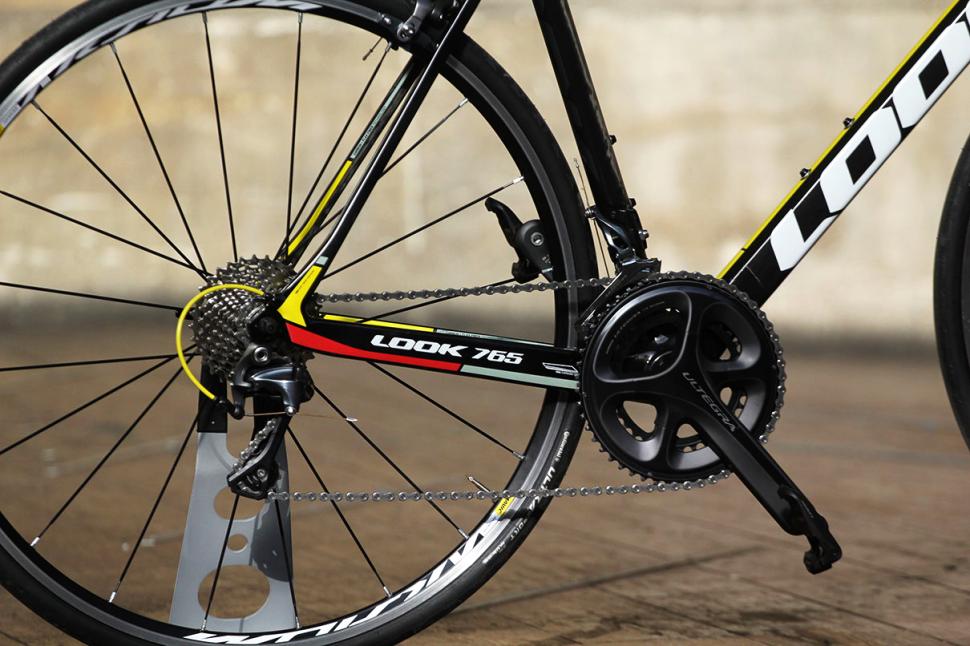 The Ultegra-ness of this bike covers the levers, both derailleurs, brakes and chainset. That chainset is a compact (meaning that you get 50 and 34-tooth chainrings) which suits a bike intended for all-day outings, and it’s matched to an 11-32-tooth cassette. The 34T inner ring and the 32T sprocket should see you right when tackling steep climbs at the end of a big ride. 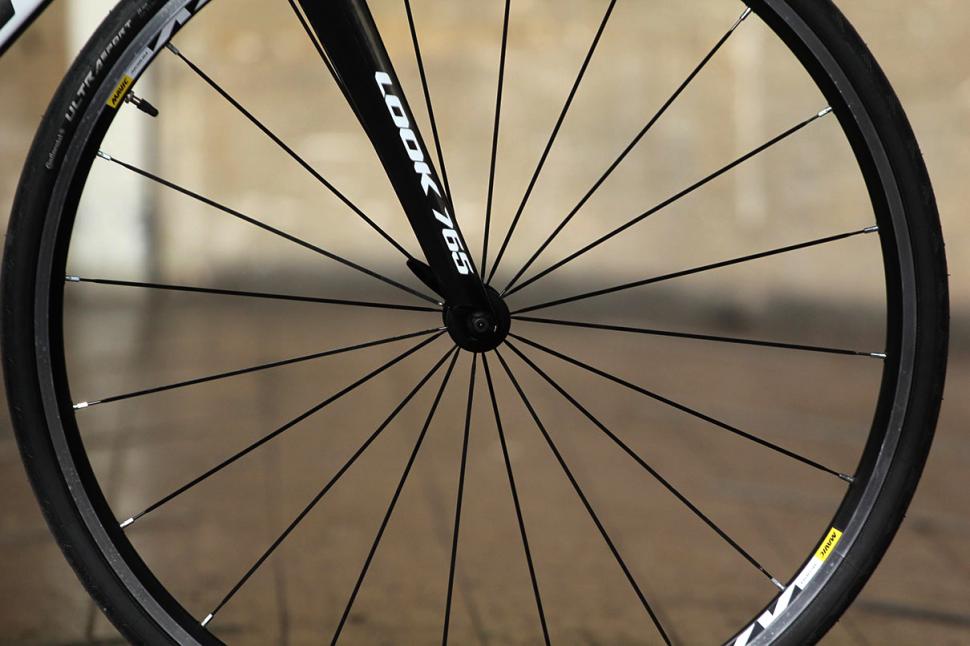 The Aksium wheels might be Mavic’s entry-level offering but we’ve always found them to be good quality and very reliable, and the same goes for Continental’s Ultra Sport tyres. These come in a 25mm width. 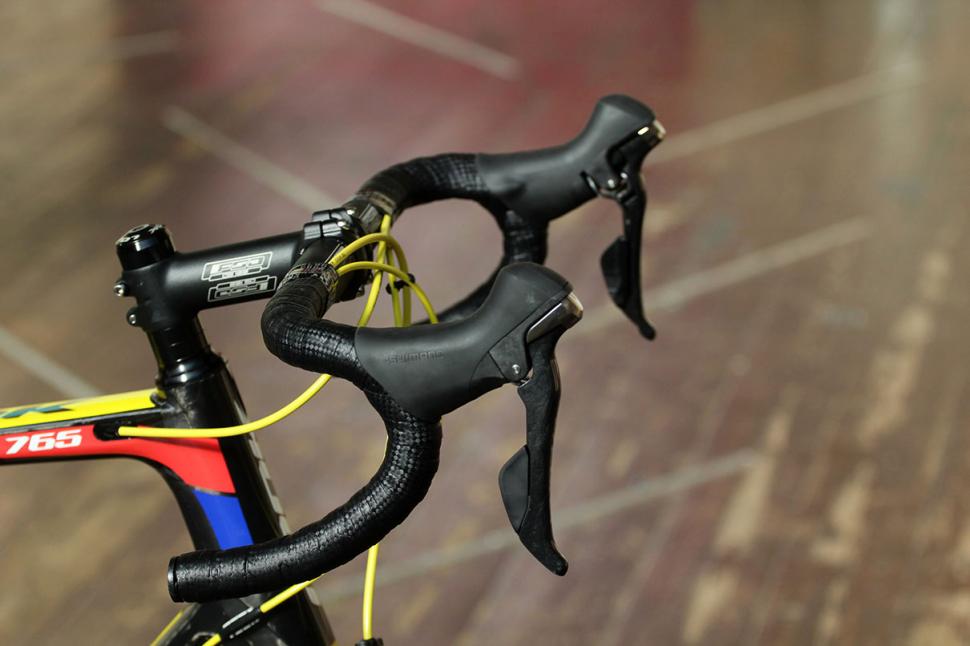 The handlebar is an FSA Vero compact with a drop of just 125mm and a reach of 80mm. Like the FSA stem and seatpost, it’s an alloy option in a black finish. The saddle is a classic-shaped Selle Italia with a cutaway central section that’s designed to relieve pressure. 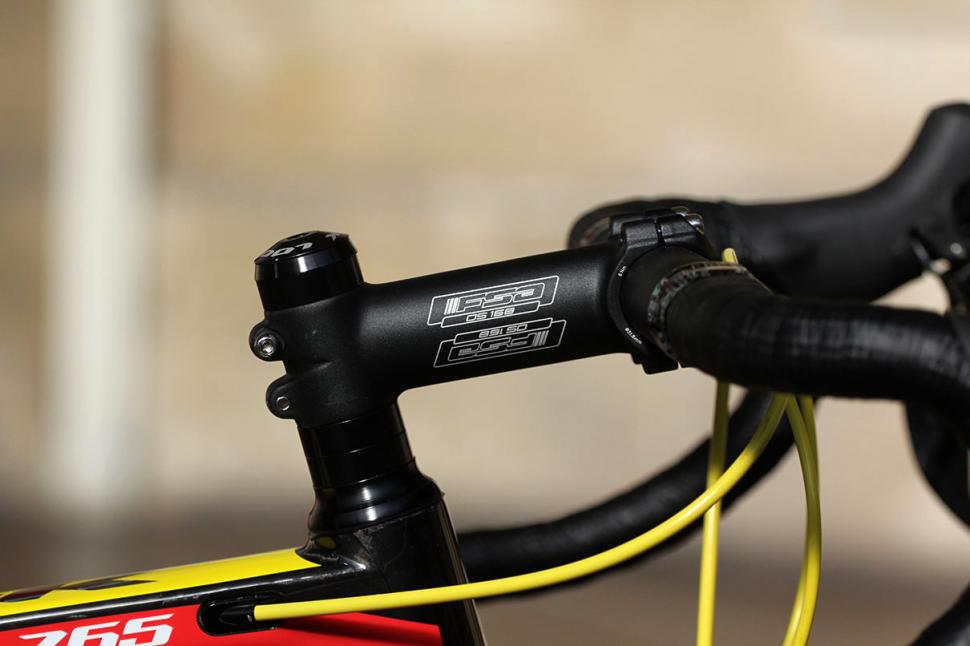 The same frameset is also available built up with Shimano Ultegra shifters and rear mech and Mavic Aksium wheels, as here, but with a 105 front mech and FSA Gossamer chainset and brakes. This model is priced £1,999. Of the endurance road bikes that we’ve reviewed on road.cc recently, the closest in price to the Look 765 is the £2,018 Rose Xeon CDX-4400. The Rose is quite a different bike, though, in that it comes with disc brakes – SRAM Force hydraulics. The rest of the groupset is SRAM Force too, and you get DT Swiss R23 Spline wheels. This bike is exceptional value for money.

Another endurance road bike that we’ve reviewed on road.cc recently is the Cannondale Synapse Carbon Ultegra Disc, £200 more expensive than the Look at £2,499.99. As the name suggests, the Cannondale bike is built up with Shimano Ultegra components and hydraulic disc brakes. Like the Look 765 it has Mavic Aksium wheels, albeit the disc brake version.

The Cannondale is another very good bike, so the Look 765 has some tough competition.

We’re going to get it set up and ready for riding. We’ll be back with a full review on road.cc soon.

In the meantime, head over to www.lookcycle.com for more details.