7
10
Svelte but very firm, best suited to competitive riding
Lightweight
Well made
Well suited to fast riding
A fraction too firm for some
Weight:
207g
Contact:
www.freewheel.co.uk
How we test

As the name suggests, the PRO Stealth Offroad Saddle is the dirt-biased model in the Stealth family, aimed at gravel and mountain bike audiences. Though it follows the same basic silhouette as the road version, there are some trail-centric tweaks. Padding density is reckoned to be thicker, but even so I found our 142mm version very firm – almost to the point of unforgiving.

The thinking behind short-nose designs is that they permit a more aggressive 'forward' position, without inducing discomfort or numbness. It also ensures unisex design, and is offered in two widths, 142 and 152mm, which might be considered male and female specific, respectively.

There are a few obvious differences between this and the road version. Though the same basic shape, the relatively broad pressure-relieving groove on this off-road version has a composite base rather than being open, as on the road model. A sensible feature, protecting the crotch area from dodgy water thrown up by the rear wheel.

While the equivalent road version has titanium rails (or carbon for £174.99), the Offroad's are 7mm stainless steel, and arguably a better option than carbon given the increased stresses associated with trail/gravel riding. 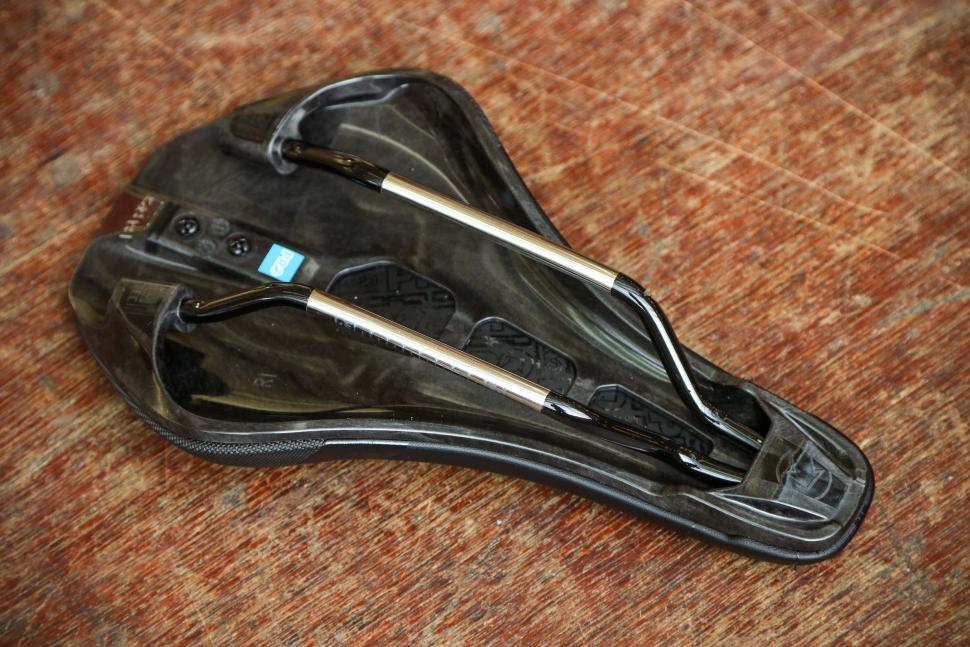 Its variable density padding is supposedly more generous than its road counterpart.

The sturdy micro-matrix (faux leather) cover is a satin effect, promising slip-free tenure, and there's a composite skirt around the back to subvert everyday wear and tear. Build quality and standards of finishing are top notch.

Mostly, I used the saddle on my rough stuff tourer – crudely, a cross country mountain bike sporting shallow drops, inspired by short-lived late 80s concepts such as Specialized's Rock Combo. Arguably it has a less aggressive stance than the target market, but it's hardly sit up 'n' beg.

My default saddle width is 143mm, and while all contact point changes/adjustments initially feel different, generally speaking I've had no issues with other fairly minimalist designs such as the PRO Turnix. 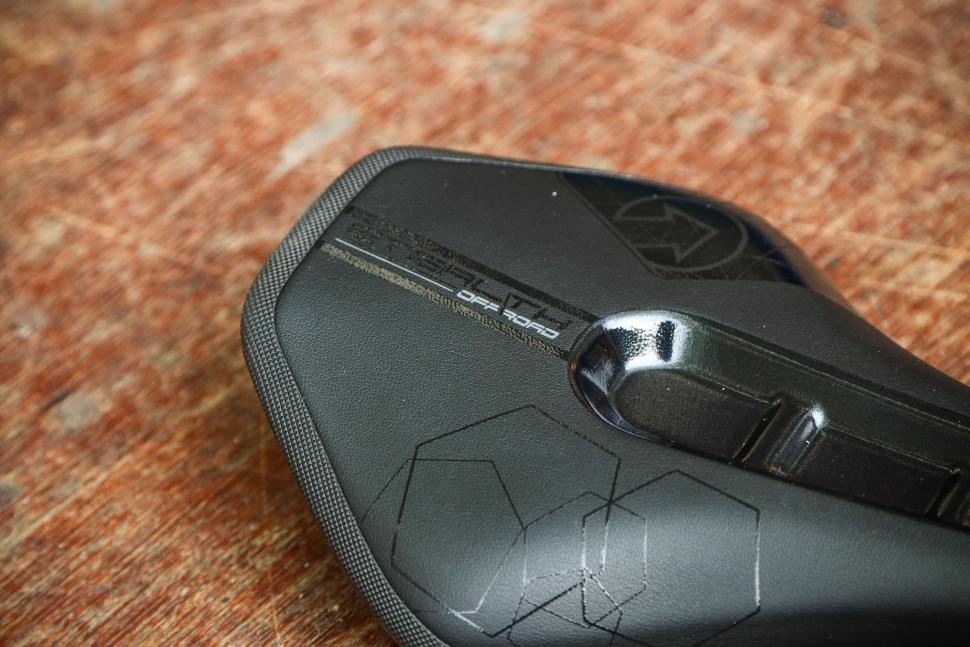 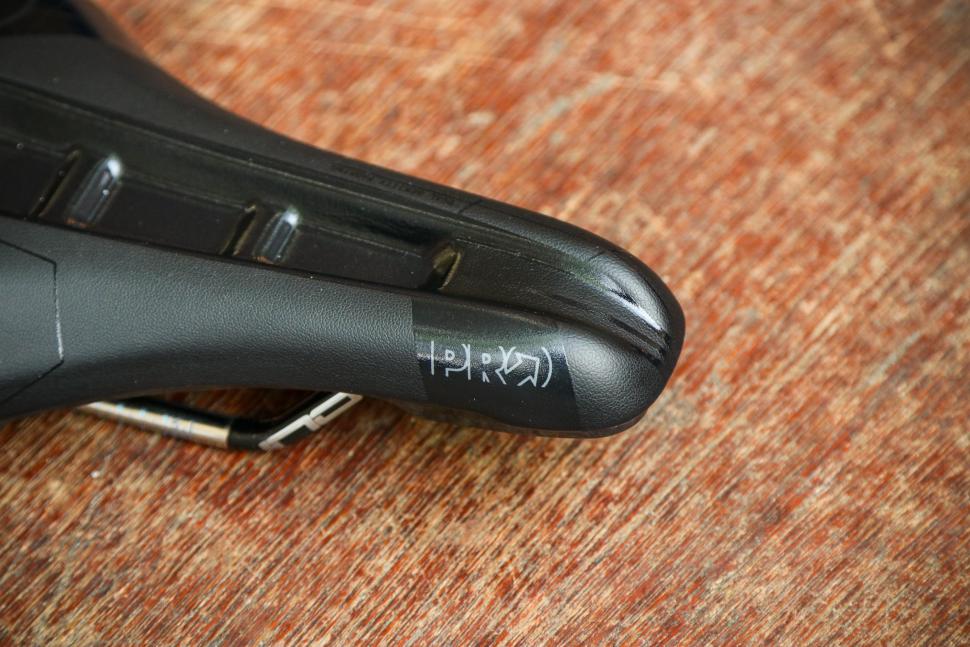 Composites and moderately springy rails take the sting from inclement surfaces, smaller holes and so on, but even with a compliant, triple butted chromoly frameset and 2-inch tyres, I've been quicker to get off the saddle when tackling churned farm tracks and bridleway. 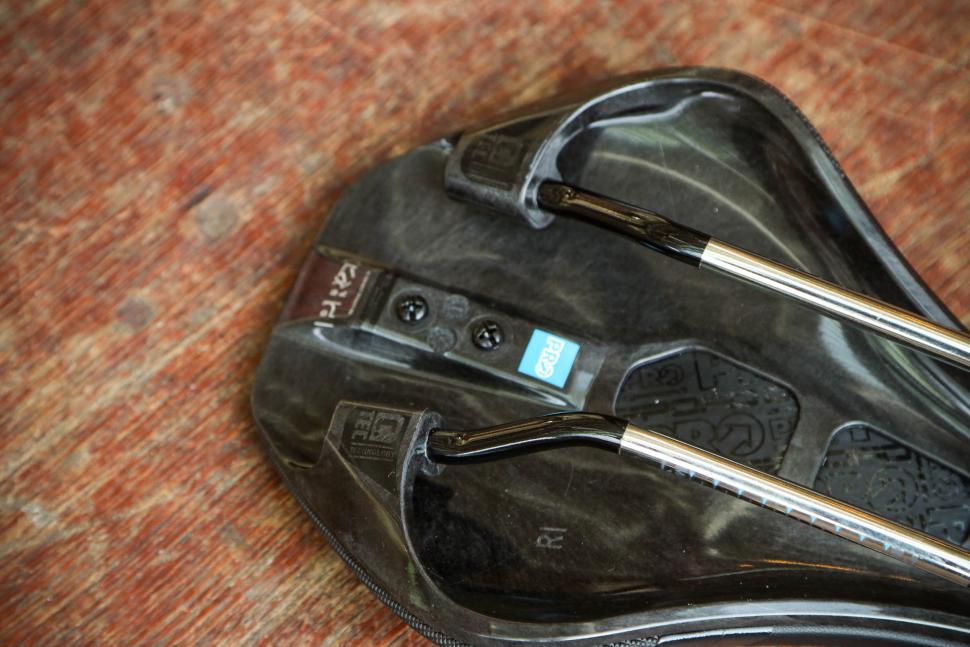 I'm someone who tends to shuffle very slightly, especially on longer rides, and although the satin cover is just the right kind of grippy, there isn't much wriggle room. This, coupled with the relatively sparse padding, meant 50 miles was pretty much my limit.

Switched to my fixed gear winter/trainer (think cyclo-cross bike with track ends and 120mm spacing), the Stealth's shape allowed me to stay lower and maintain higher cadences with greater ease.

Saddles are pretty much the most personal of contact points, and for me 55-60 road miles were realistic, but the Stealth wouldn't be my first suggestion if you were looking to chalk up a century.

There's no doubt the Stealth Offroad saddle is very well made and seemingly very durable, but £130 isn't cheap. It's not alone, though: Fizik's Tempo Argo R-3 Saddle is the same price, and you can spend more.

> Buyer’s Guide: off.road.cc gives you the lowdown on choosing the right saddle

However, Selle San Marco's Shortfit Supercomfort Dynamic Saddle comes in £30 cheaper, a bit lighter and, from what Stu says, is also more accommodating of leisure riders.

If you weren't set on a short model, BBB's Echelon, though a lower spec, bridges the gap between road and trail very competently for £69.99. It's a similar story with Selle Italia's Novus Boost TM Superflow for £79.99.

I've been impressed by the Stealth Offroad's build quality and modest weight. However, it's definitely at the firmer end of the market, which might suit you fine, but I'd say it's a better choice for racers.

PRO says: "All PRO Stealth saddles utilize the same basic silhouette, with a broad nose to dissipate soft tissue pressure, combined with a wide cutout and shortened overall length. This shape allows riders to obtain a more forward-rotated position without the numbness or pain that's often associated with this type of aggressive riding style. Additionally, to better accommodate different sit bone widths, all models are offered in two width options, including a narrower 142 mm and a wider 152 mm option. The Stealth was initially intended for road cycling, but the concept has since become popular across different cycling disciplines from triathlon to gravel, and even serious mountain biking.

"The new model uses stainless steel rails for durability, combined with increased padding and a reshaped design for bumpy trails and gravel roads. It delivers all the advantages of the Stealth design to the off-road scene, maximizing power on the trail while navigating difficult terrain. "

My feelings are that it's a well-made, lightweight saddle that meets the design brief well. However, contact points are extremely personal and I found the variable density padding just that bit too firm for my tastes.

Multiple padding thicknesses for the ultimate comfort and durability

Reinforced material around the rear of the saddle for added resilience

Very well made, as you'd expect from this end of the market.

A lightweight and efficient option for aggressive gravel/cross/mountain biking. Covering is seemingly waterproof and offers good tenure without feeling like a strip of flypaper.

Holding up very well to date. Micro matrix covering seems very rugged, and protective skirting reduces wear at crucial points. Stainless steel rails may have a slight weight penalty over carbon, but they are still fairly springy and arguably a better choice, given the design brief.

Despite the variable padding, I found the Stealth just that little bit too firm on longer rides.

If you weren't fixed on a short model, BBB's Echelon, though a lower spec, bridges the gap between road and trail very competently, for £69.99. It's a similar story with Selle Italia's Novus Boost TM Superflow.

Numbness is a moot point, and the relatively narrow profile encourages a brisk, unimpaired cadence. Maintaining a higher (95rpm plus) has been marginally easier compared with my experience of the Selle Italia Novus Boost TM Superflow.

I'm someone who tends to shuffle very slightly, especially on longer rides, and although the satin cover is just the right kind of grippy, there isn't much wriggle room. This, coupled with the relatively sparse padding, meant 50 miles was pretty much my limit.

Just that little bit too firm for my derriere.

Would you consider buying the product? On balance, no.

Would you recommend the product to a friend? Well worth a closer look but padding might be too firm for some tastes.

It's a well-made, lightweight saddle with features that meet the design brief very well. However, it's a little pricey and might feel a little too firm for some. 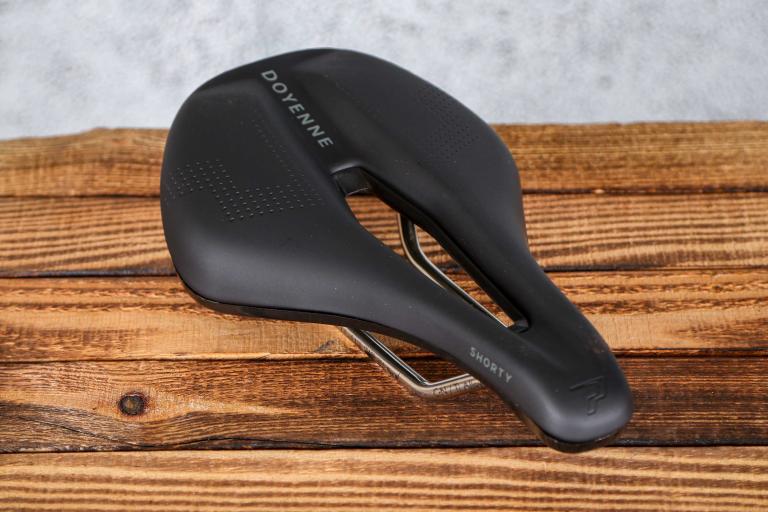 If you are looking to upgrade your saddle, the price, comfort and quality materials here make it hard to overlook 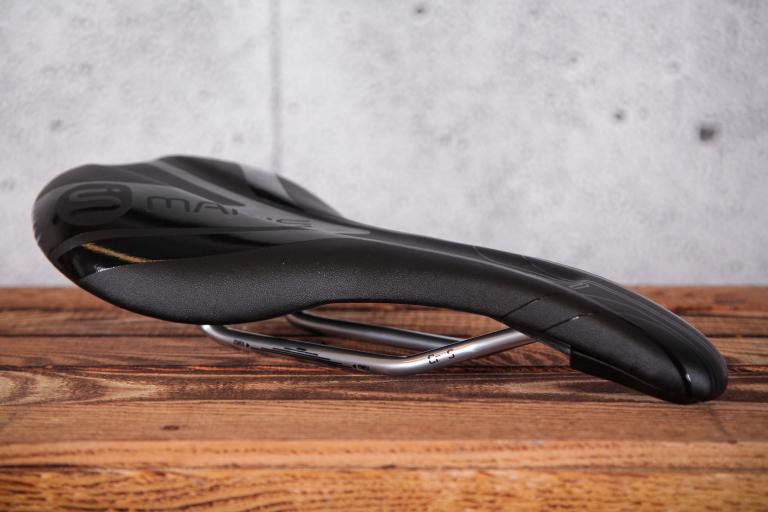 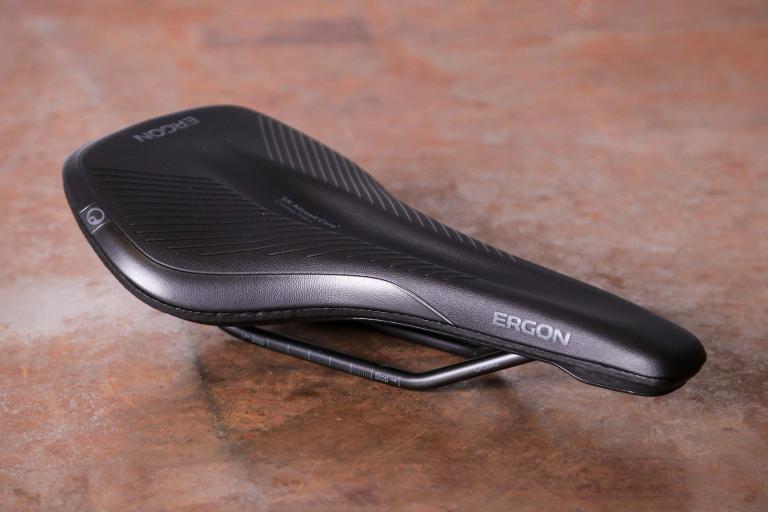 A dramatic improvement in comfort for rough stuff and gravel riding, though it's a bit weighty and slightly pricey 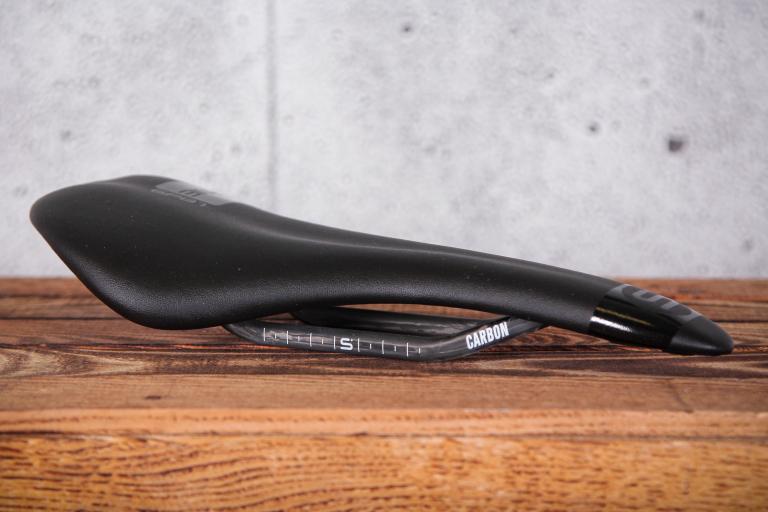 An eco-friendly, lightweight, race-ready saddle with a classic flat shape and long nose