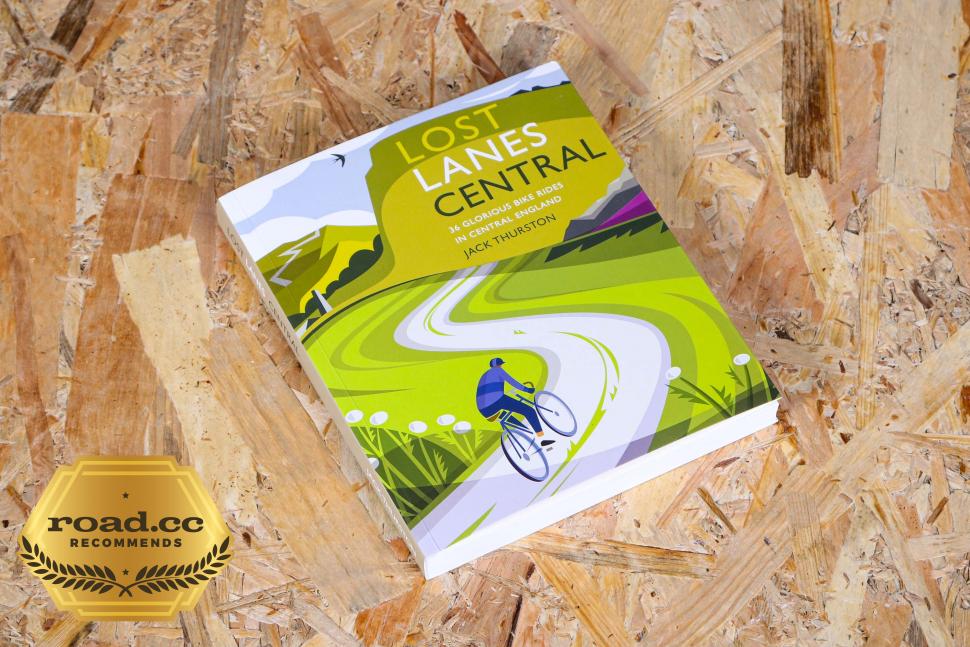 10
10
Already a fan of Lost Lanes? You won't be disappointed. Not yet read one of Jack Thurston’s books? Prepare to be addicted...
Inspiring
Easy to read
Informative without being too heavy
Weight:
646g
Contact:
www.wildthingspublishing.com

Here it is, the long-awaited fifth book in the Lost Lanes series. With the well-deserved success of Jack Thurston's original Lost Lanes, Lost Lanes Wales, West and North, much is expected of Lost Lanes Central. Having had my hands on a copy for a few weeks, I'm pretty confident fans and new readers will be very happy.

It only takes a brief dive into Lost Lanes Central to understand why we've had to wait two years since Thurston's last collection – the northern nuggets reviewed by Neil back in 2020.

The book largely follows the same format as the previous ones – why change a successful formula? That's not to say Thurston's workload load has been cut. Granted, his concept of lost lanes and 'practicalities' haven't really changed but, from then on, it's a unique and absorbing series of informative sections that build to the rides themselves.

An eight-page appreciation of the Heartlands – Thurston could sell this region to anyone – is followed by the usual 'Best For...' groupings; a familiar layout for readers of previous Lost Lanes. No group is left out – families, wild swimmers, fans of history and the arts, wild campers, gravellers and overnight travellers to name just a few.

The main body of the book features 36 rides that span the debatable north-south divide. I'd say about a third are in the 'north', a third in the 'south' and a third in the real 'central' band of the country (I'm a North Yorkshire lass living in the Cotswolds, so may define 'north' differently to some). In short, it covers a pretty big area, with the most southerly ride starting in Cirencester and the most northerly in Louth, which is also the most easterly start point. At the western edge, there are rides taking in Monmouth, Ludlow, Shrewsbury, Whitchurch and Bridgenorth, giving a slight overlap with Lost Lanes Wales. 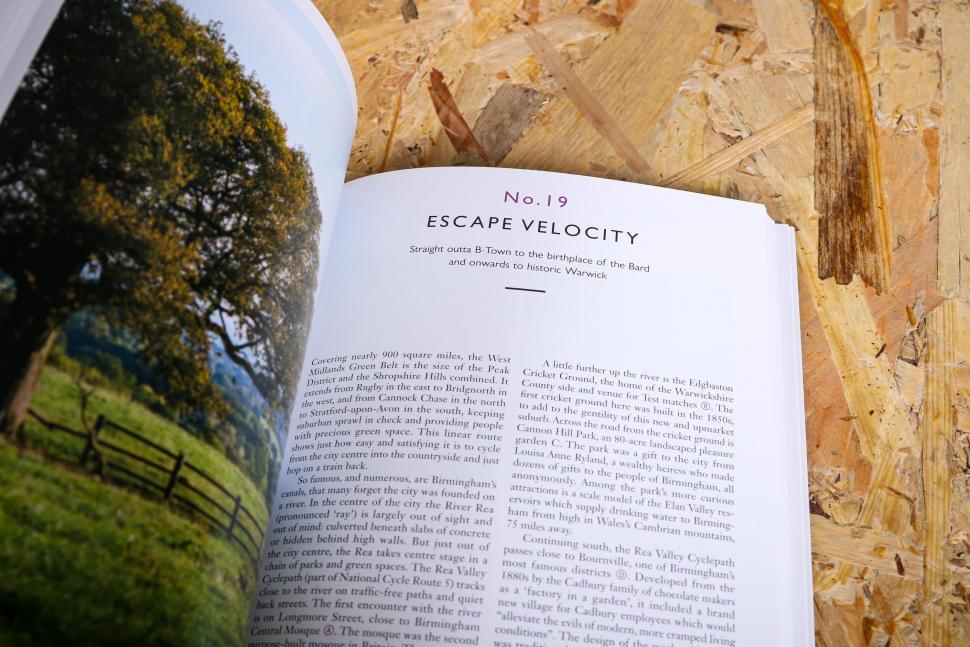 Descriptions aren't in any way laborious; rather, they're informative and tempting. Thurston doesn't detail every turn or climb, preferring to focus on sights, culture, geography and vista detailing. Reading these descriptions makes you fully comprehend why we've waited two years for this latest collection; they are passionately researched, meticulously plotted and thoughtfully devised.

Thurston seems to uncover trails, tracks and towpaths that can bypass – or run straight through – busy towns before placing you on narrow, tranquil lanes heading to the middle of nowhere. I'm not a fan of riding through towns yet have been utterly impressed with the sections that avoid the traffic-laden main streets of Stourport, Ledbury and Worcester, to name but a few. On each occasion, the routes approaching the built-up areas still offered great views of the towns, so I never felt like I was missing anything.

Some rides are coupled, or very closely grouped, offering options to 'make a trip out it'. There's even a point-to-point, taking you from Birmingham to Warwick. Start points are accessible by railway, though I'd say starting anywhere along the route is fine if that makes it more convenient. The direction is important, though, Thurston's planning genuinely offers the best vistas.

Each ride description is accompanied by an easy-to-read map (also available to download as a gpx file), elevation and distance, plus a list of pit stops, pubs and potential accommodation. There are even details of bike shops on many. 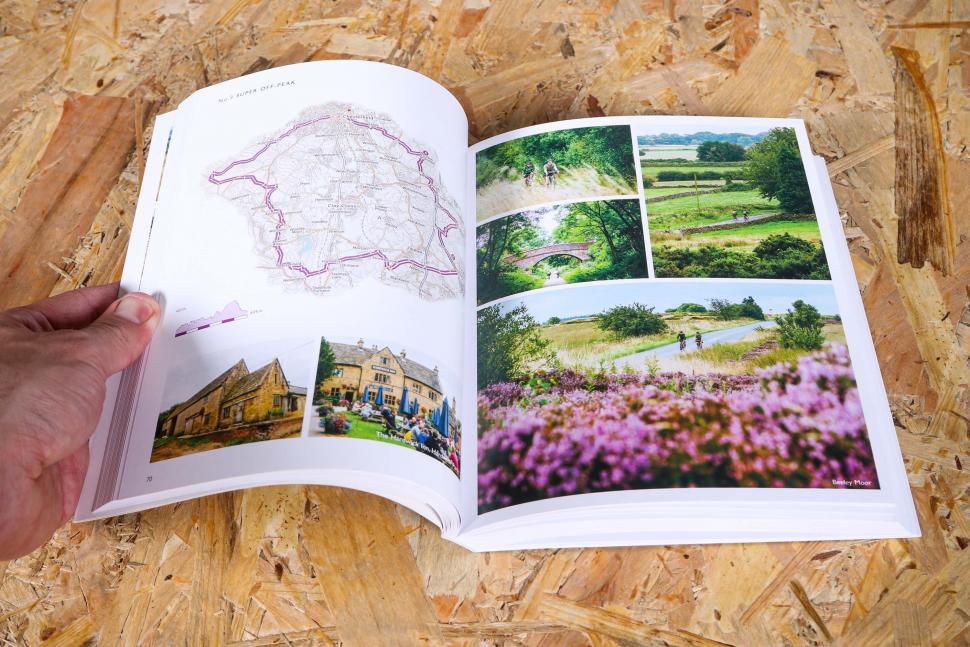 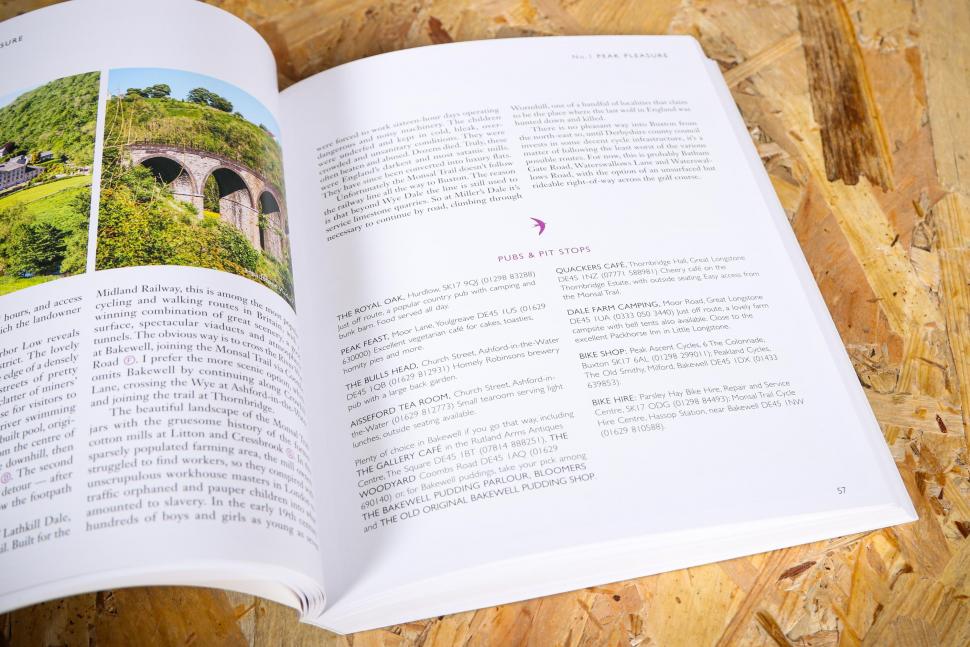 It's impossible to overlook the photography. Jack Thurston does well to capture views, features and atmosphere in each of the images – only a small number aren't taken by himself. If you aren't yet a convert, you should know that the Lost Lanes routes are for those who prefer to ride for pleasure than pain. Having ridden several of them in the height of summer, I can vouch for just how narrow some lanes become as the hedgerows are in full throttle. These aren't for those chasing Strava segments or hoping to put in an interval or two... you need to be ready to pull up for farm traffic and horses, equally, be ready to enjoy natters with other Lost Lanes fans – the kind of cyclist who has time to chat.

> Why your next bike should be a touring bike

If you haven't read any of Thurston's books, you're in for a treat, admittedly one that comes with a warning of addiction... I've had to ration myself so as not to run out of rides too quickly. If you're a convert, you'll be left willing him to visit Scotland or Ireland.

At £16.99, this book is serious value for money. Not that I'm a mathematician, but it's approximately 47p per route – 47p for hours and hours of the author's painstaking research and planning... It's a bargain – and though you can find deals online, in my opinion it should be bought directly from him as a gesture of appreciation (he'll even sign it for you) – you'll dip into this book more than you care to think.

In the modern day of online route planning it's wonderfully refreshing to hold a book that gives you well in excess of 30 routes on a plate, educates you about the surroundings you'll be riding through, and inspires you to discover your own lost lanes.

Lost Lanes Central takes you on a freewheeling tour of the most beautiful landscapes in Central England:

-Overnight stops, from B&B's to camping under stars

-How to access the rides by train (no car required!).

Very nicely bound with sleeves that can act as page markers.

Literally everything you need to ride the route, from the GPS track, to details about pit-stops, accommodation, historical and cultural detail, lie of the land, oh and photos to boot.

Superbly presented compilation of inspiring, extensively researched and considered routes for those who just love to 'lose themselves' on the bike.