Back to REVIEWS
review
Computers 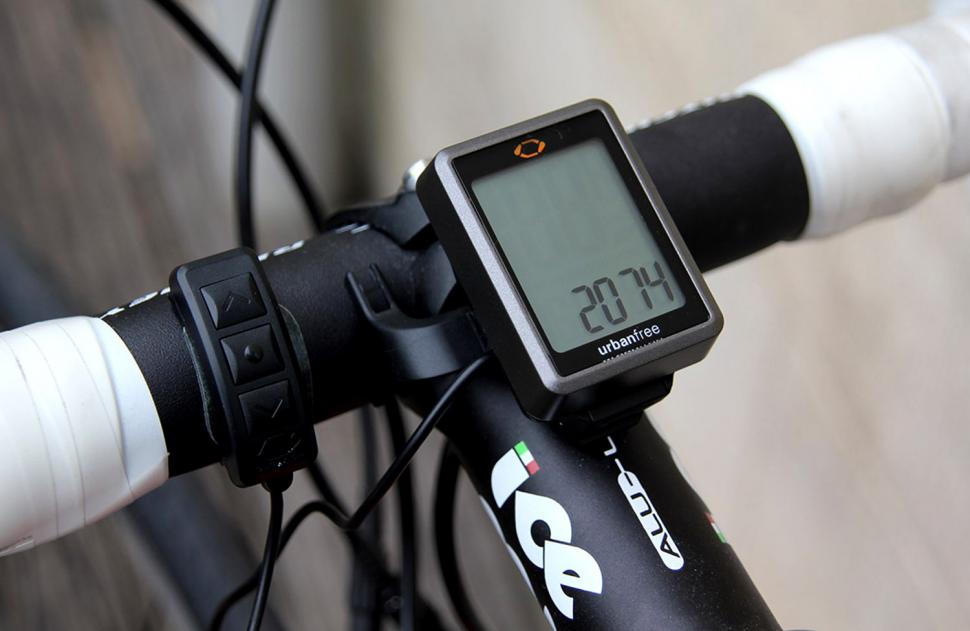 7
10
A good choice if you have tri-bars, with a very legible display, but we're not convinced about the remote.
Weight:
61g
Contact:
www.o-synce.com

WIth a clear display and useful functions, the O-synce Urbanfree computer is worth a look, especially if you're a time-triallist or triathlete who will find the remote buttons useful.

The market for non-GPS cycle computers is definitely moving towards the lower-cost end of the price range - most consumers wanting to spend more will probably opt for a Garmin or similar GPS device. So it's an interesting time for O-Synce to launch the Urbanfree computer, which is a fairly traditional wireless computer but with a couple of interesting features to set itself apart from the more established competition.

At around £30, it's not an overly pricey device but is up against some very established competition such as the excellent Cateye Strada (which I've used a lot). So why would you opt for this fairly unknown brand rather than something more mainstream?

The first novelty you'll notice when you take it out the box is the remote control. This is a small unit with three buttons connected to the main computer by a wire. The display itself has no buttons at all - all functions are accessed via this remote control. Anyone who's clumsily snapped the cable on a wired cycle computer back in the day might wonder about the wisdom of a wired remote control for a wireless computer, but I managed to install it such that the cable was fairly well tucked away.

The idea of the remote control is that you can mount it somewhere you can reach more conveniently than the display. It's a nice idea, and gives this device a USP (as far as I am aware) but the more I used it, the more I began to question who'd really benefit from it.

On a road bike, unless you're riding on the tops of the bars, you still need to move your hands to press the buttons. With flat bars, you're likely to have to mount the remote control inboard of the brakes and shifters, so again you couldn't reach the remote without moving your hands.

The only setup I could think of where this could really be of benefit was with tri-bars or perhaps on a fixed-gear flat-bar setup. For the rest of us, it probably just adds unwanted clutter to the handlebars for very limited ergonomic benefit.

In terms of functions it's mostly pretty standard, with a large display of current speed, and a lower display which can show a clock, average speed, maximum speed, riding time, ride distance and odometer. Oh, and the arrow which shows whether you're going faster or slower than your average speed (I never really understood the point of that). So far, so standard.

One thing which I rather liked was the ability to reset only the maximum speed, so when you're lining up a descent and want to see how fast you can get, you don't need to reset your other stats like ride distance.

On the subject of resetting, I was initially at a loss with how to do this, as the instructions in the paper manual simply didn't work. I tried almost every combination of button pressing and holding to no avail before referring to the website where an updated user manual was available as a pdf. Holding the "down" button, you say? Right, just about the only one I hadn't tried.

Up and down buttons allow you to scroll in both directions through the functions available on the lower display (whereas most computers just loop in one direction). The other button activates the back-light - a nice function to have if you do much riding at night time.

Finding the buttons while you're riding was fairly easy, but some might prefer the "just jab at the display" control on a Cateye Strada.

The Urbanfree has a couple of mounting options for the display. You get the usual curved bracket that can be mounted either vertically or horizontally allowing bar- or stem-mounting, plus an unusual "bridge" bracket designed to fit to the bar either side of the stem, positioning the display centrally but further forward than if mounted to the stem, in a similar position to the 'out-front' brackets commonly used with Garmins.

These brackets and the sensor unit are all fitted via zip-ties, with the remote control held in place with a rubber o-ring. The display unit can be unclipped from its bracket when you leave the bike unattended.

The spoke magnet is a rather large affair, about twice the size of other magnets I've used, but held in place with a sturdy screw collar and rubber ring. Whether because of this additional heft or not, on a test ride where I hit 90kph downhill, the magnet slid out to the wheel rim. I tightened it as far as I could and it hasn't happened again.

Legibility is one final area where the Urbanfree does very well - the display is really clear and easy to read while you're riding; here it is definitely ahead of a most other computers I've used.

In common with almost all wireless computers that I've tried, the Urbanfree doesn't play nice with high-power front lights. I fitted the (admittedly extremely powerful) Magicshine MJ880 and on the higher power settings it blocked the signals from the sensor, resulting in a reading of zero speed. This seems to be a common issue - whether it's a problem for you will depend on whether you ride at night with bright lights or not.

It's good to see a new product offering some novel features, and I liked some of the innovations offered here. I also appreciated the excellent legibility of the display. I wasn't entirely convinced by the remote control (for those not using tri-bars) and would personally prefer a device without the remote. For those who do have tri-bars and who can't stretch to a GPS device, this could be a good choice.

A good choice if you have tri-bars, with a very legible display, but we're not convinced about the remote.

Handy remote control and back light - the urbanfree is the perfect companion in everyday life.

With its large display and the backlight, the big brother of the mini is the

perfect companion for everyday use - even if it's already dark outside. All important information

can be displayed quickly and clearly on the

directly on the handlebar switches through all eight functions easily. It

allows the hands to stay on the handlebars for more comfort and safety.

Waterproof until 3 Bar - the first computer I've used with a pressure rating!

Well-built device, no issues with ruggedness or waterproofing.

Great legibility and all the usual data functions. Some might miss having two independent distance records (useful for biking holidays where you want to know the total distance as well as each ride's length).

Has worked fine for a few weeks, but would really need more miles before commenting.

There are a lot of other (more established) options at this price point, so this would be a bit of a left-field choice, but not a bad one.

The Urbanfree worked well; reliable, accurate and with great legibility.

Nothing, just wasn't convinced by usefulness of the remote control.

Would you recommend the product to a friend? Yes, especially if they were a triathlete or time-trialler. 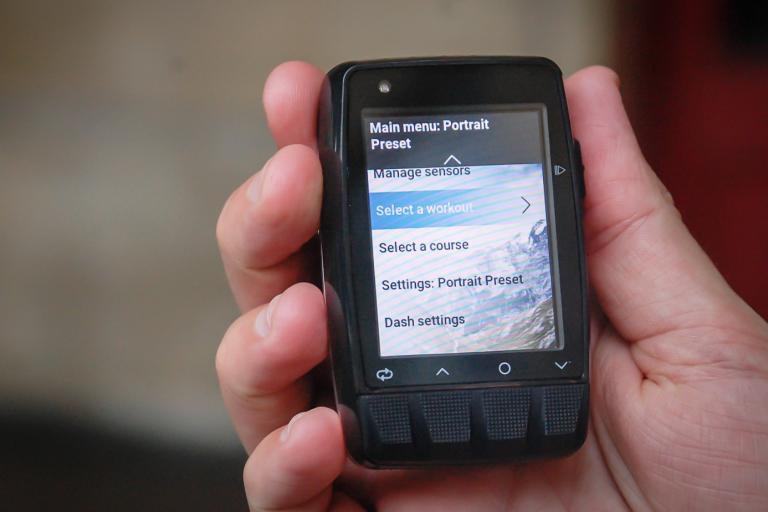 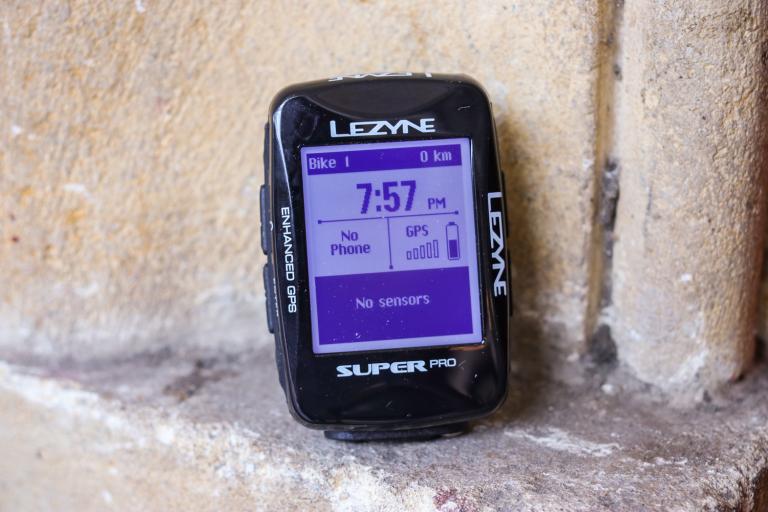 Excellent at the core functions, but navigation is poor – and it's only fractionally better than older models 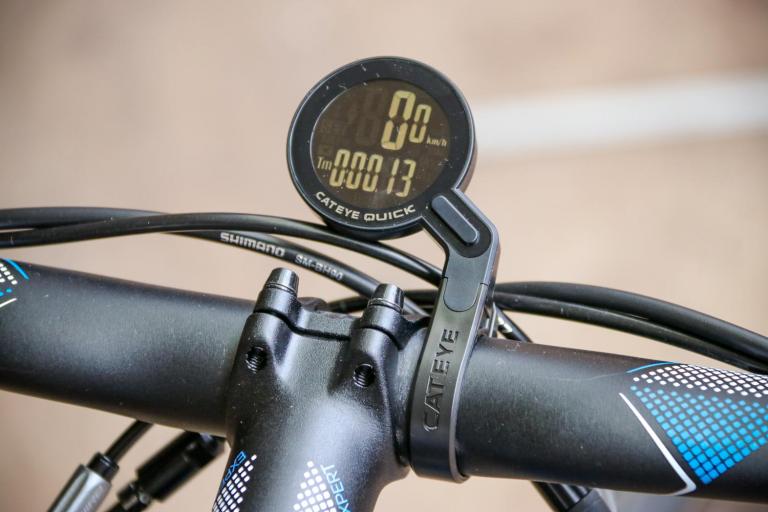 Easy to read and intuitive to use, but expensive, given the specification/functions