Pantani was a god

Pantani was a god by Marco Pastonesi and Colin O'Brien

8
10
It's another book about Pantani that explains why there is still demand for books about Pantani
Weight:
600g
Contact:
www.rapha.cc
How we test

Since his death, a whole industry had grown up around the highs and lows of Marco Pantani's life, which was undoubtedly exciting, complicated, and ultimately tragic. Despite the title, 'Pantani was a god' does not try to make that claim, but it does try to explain why the Pantani story is still good for business.

Although published by Rapha Editions, the driving force behind the project is Bluetrain Publishing, which has a justifiable reputation for beautifully presented books.

Pantani was a god started off life in Italian as Pantani era un duo by Marco Pastonesi back in 2014; a couple of years later it was translated into Dutch, and now it is the turn of the English speakers.

We have Colin O'Brien to thank for this translation; his proven understanding of all things Italian would have helped him with the challenge of 'making sense of all the dialects and colloquialisms that complicated the original Italian text'.

The question is, do we want yet more coverage of Pantani, with so many books and films already covering the subject? I didn't, taking the view that (to misquote Monty Python's Life of Brian) 'he's not a god, he's a very naughty boy' – and couldn't we all just stop treating him with such reverence?

It is a losing battle: only last month Bianchi launched a special edition bike to celebrate 20 years since Pantani won a stage of the Giro d'Italia, and next month the tifosi will (once again) be getting excited by the Cima Pantani on the Mortirolo climb. 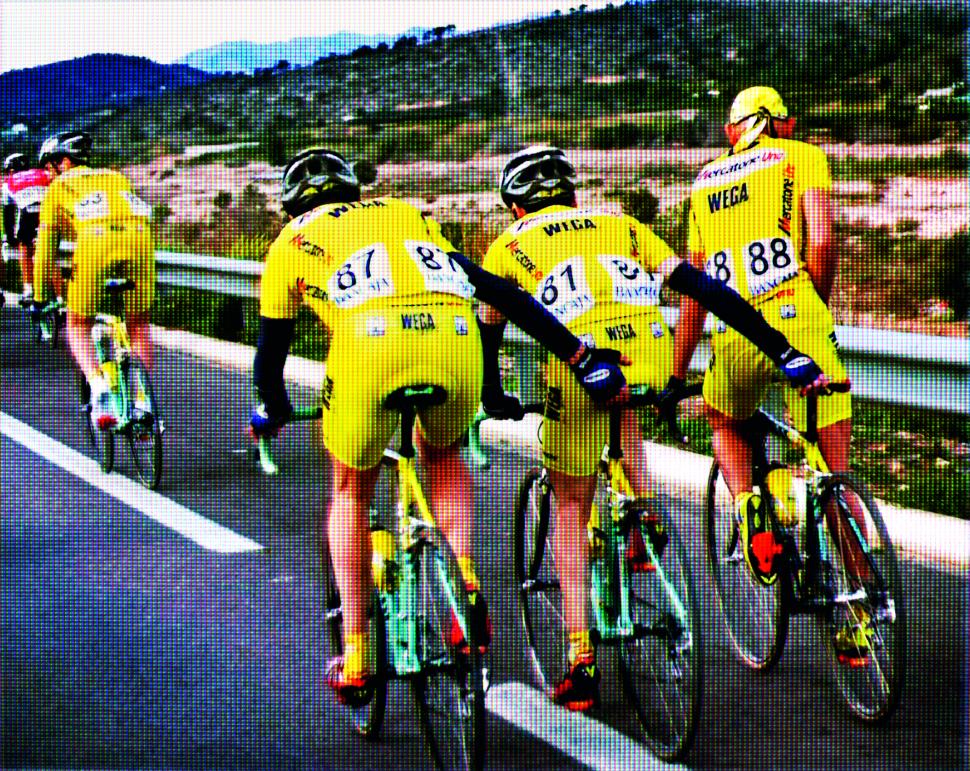 The reference to god is a quote from fellow rider John Godret, and obviously makes for an eye-catching title; however, it might be better to consider it as a motion at a debating society, along the lines of 'this house believes that Pantani was a god.' In such a case the quality of the debate counts more than who is actually right, and Pastonesi has tried to provide both sides of the argument.

Sometimes the debate ventures into unexpected territory, such as the chapter comparing Pantani to the musician Charlie Parker, who often had 'to improvise, accelerating, slowing down, stopping, overflowing in a river of notes. The bike is like that too. And when Marco Pantani played it, he improvised, looking for a different path.'

If you want a conventional biography of Pantani, look elsewhere. If you want help in understanding why he will be treated as if he were a god in some quarters, then this book will help: by making extensive use of the words of those who knew him at the time (such as fellow professionals) it brings a worthwhile new perspective to the subject. The end result is no fawning hagiography.

> Buyer's Guide: 32 of the best cycling books for every type of rider

There is the obligatory coverage of that stage-winning performance over the Passo del Mortirolo during the 1994 Giro d'Italia, explaining why it helped to build the Pantani legend – but Pastonesi does not shy away from extensive discussion about the performance-enhancing products which helped Pantani to achieve his notoriety.

Few would disagree that Pantani's presence could make a race exciting; the frustrating thing for me is that he would probably still have managed that feat if there had been a level playing field, i.e. with an equal level of enhancement for all participants.

Bluetrain always seems to give a lot of thought to the images used in its books, and it is no different here. With only a few black and white pictures in the original publication, there was obvious scope for improvement. Just as it did with its previous book, all the images selected have been re-worked to give a consistent and unusual look – in this case, 'video stills', where the 'partially pixelated' effect is the same result as photographing an 'old school' CRT television screen. 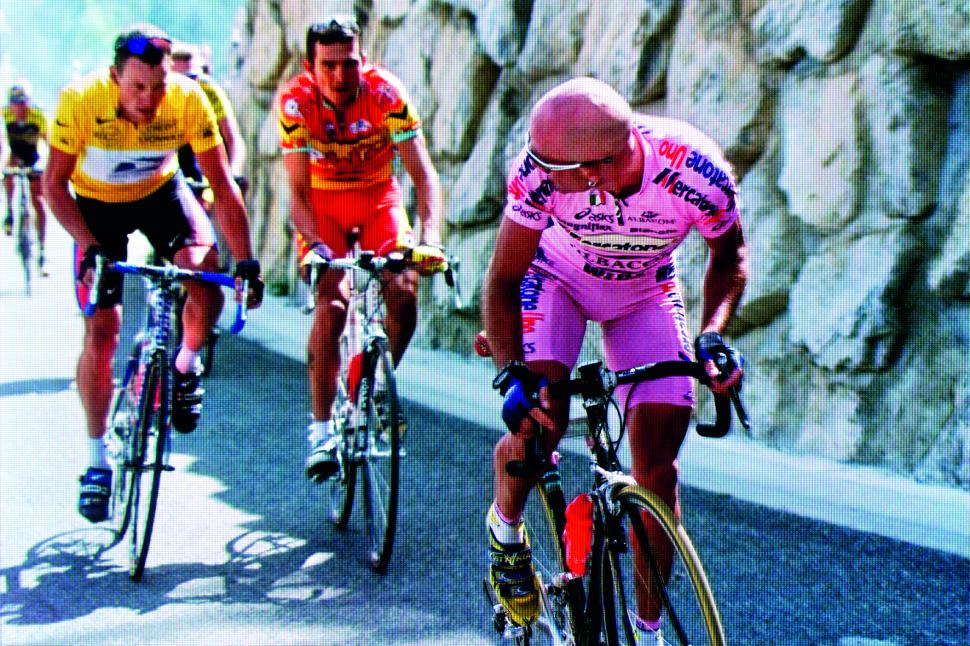 Nowhere is this effect more powerful than on the front cover, where it is combined with 'silver-mirror paper and gloss lamination'. It's very striking, and worth seeking out even if you have no interest in the rest of the book.

It is a technique that has been used before, such as in this memorable coverage of the 1972 Olympic Games. Its downside is that previously clear images are 'degraded' to suit the style, but it also allows Blue Train to draw from old video footage of Pantani that might otherwise be overlooked. Again, if you want the best photo record of Pantani's career, then you should look elsewhere. 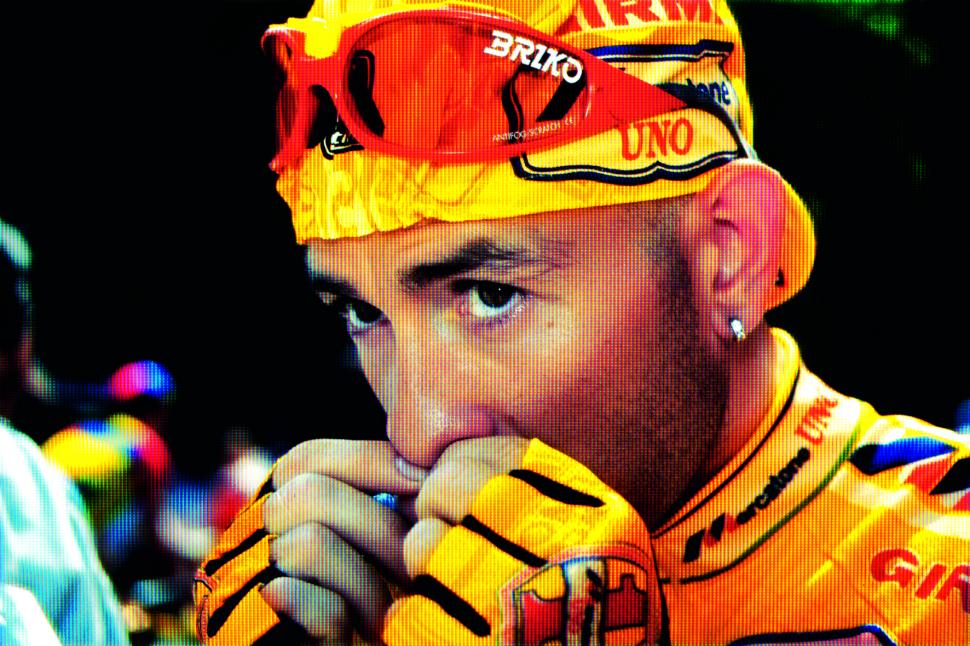 Obviously, Panatani was not a god, and as Pastonesi says to claim so is 'provocative or even profane'. Editor Guy Andrews concludes, 'I think we all know Pantani was not a god, but we can all agree that he was an incredible bike racer' – and like it or not his legend is destined to live on.

Make and model: Pantani was a god by Marco Pastonesi and Colin O'Brien

There are few cyclists as iconic as Marco Pantani. Not just in his appearance – the shaved head, the earring, that bandana – but also for his remarkable riding feats. Pantani was a figure of extraordinary contradiction, a cycling superhero and his mild-mannered alter-ego. Off the bike he was almost painfully shy, on it he was a rider of such exuberance and conviction that it would beggar belief.

This look at the life of Pantani comes from a different angle, taking you places no biography has before. In the words of Colin O'Brien, this edition's translator, 'it isn't some silly psalm to an immaculate martyr who never really existed,' because there are plenty written about Pantani already. 'Pantani was a god, at least to some people. But he was a lot of other things too, both good and bad, like the rest of us.'

Title: Pantani was a god

It is quite expensive for its size, but the unusual cover adds to the perception of quality.

I didn't think I would want to read anything more about Pantani, but this book makes a good case for itself.

I am troubled by continuing to give publicity to proven cheats.

Would you consider buying the product? I don't want to – but I would for the cover alone.

Would you recommend the product to a friend? Depends on their views on Pantani.

Whatever you think about the subject matter, there is no denying that this book fulfils its mission well and adds something new to the existing works on Pantani.