Giro d'Italia: The Story of the World's Most Beautiful Bike Race by Colin O'Brien

7
10
Enjoyable but brief overview of the Giro d'Italia and its many stories, prompted by the 100th edition of the race
Weight:
200g
Contact:
profilebooks.com
How we test

Every year there is a flurry of book releases in November, timed to capitalise on the Christmas market. In our cycling world, we benefit from another peak in the middle of the year to coincide with a focus on the Tour de France. This year we are in for yet another peak, as publishers look to take advantage of the 100th edition of the Giro d'Italia.

The first of these new Giro books to arrive is by Colin O'Brien, who you might know from his frequent contributions to various cycling magazines. His experience of living and working in Italy ('a land of inconsistencies and complications') will surely have been of great benefit in helping to achieve his aim for the book: 'the Giro can sometimes seem to elude full comprehension, but it means a great deal to an awful lot of people. This book sets out to explore why that it is'.

Buy Giro d'Italia: The Story of the World's Most Beautiful Bike Race by Colin O'Brien

What follows is neither a detailed nor chronological account of the 99 previous races, and there are definitely no lengthy tables of race results. This is not that sort of book. Instead O'Brien groups together stories around various themes, often relating to people or places. The result is very readable, but it is no surprise to find that a lot of the material has already been covered elsewhere. 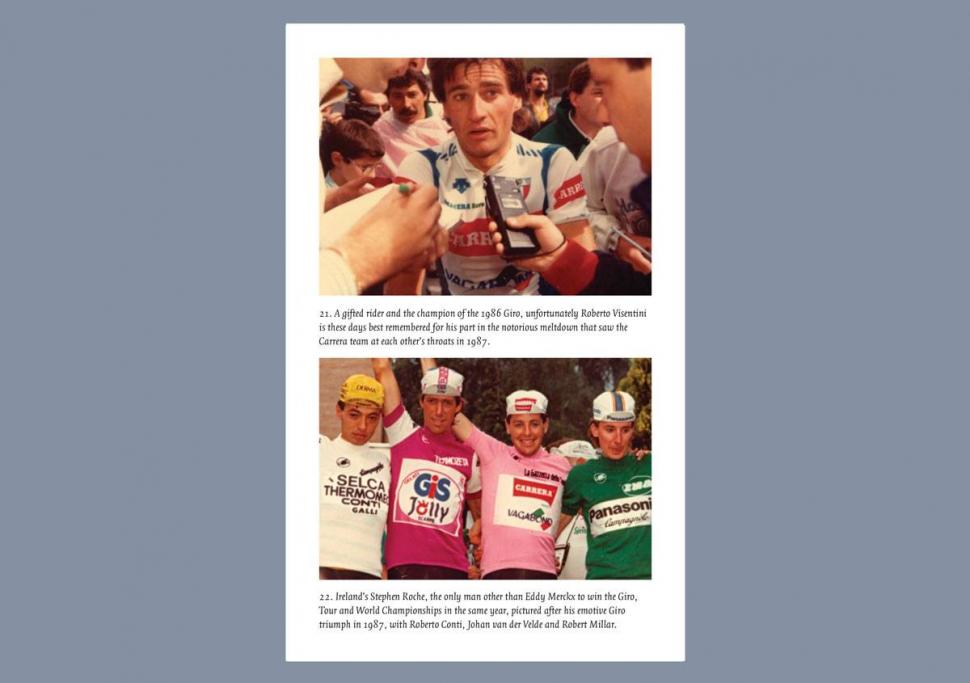 For example, the story of Tullio Campagnolo being inspired to invent the quick release hub on the Croce d'Aune has been told many times, as has 'that rivalry' between Coppi and Bartali.

Some of the better known stories are told largely through interviews with the main protagonists, such as Andy Hampsten and Stephen Roche recounting their career-defining moments in the race for the umpteenth time.

Some stories are perhaps less well known: we learn why the Passo dello Stelvio, 'perhaps the closest a road engineer will ever come to genuinely artistic expression', has achieved legendary status – even though it features on the race route more often than it is actually ridden because of the unpredictable weather when the race is held. Making its first appearance in 1953, Coppi got the climb's reputation off to a good start by unexpectedly taking the race lead off Koblet on the climb, which added drama to the race. Apparently he used a gear of 46 x 23 (or about 54 inches), which is impressive. 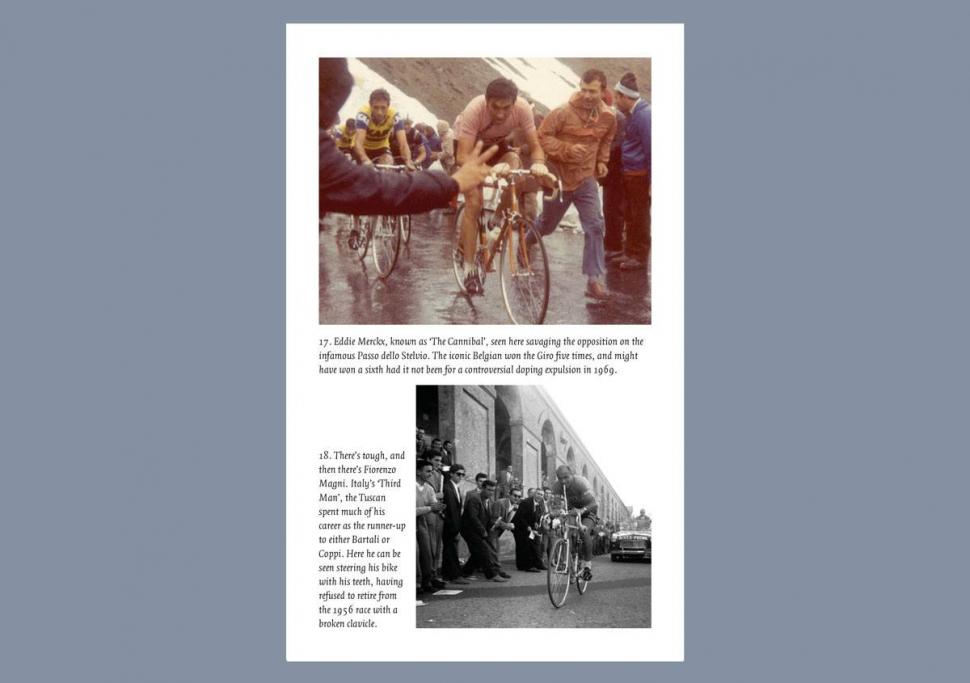 The appearance of Alfonsia Strada in 1924 is another good story, with Strada being the only woman to ever compete in the men's race. She did not finish officially, but it was a newsworthy story. And just as with the Tour de France six years earlier, the Giro was created to sell newspapers, in this case the La Gazzetta dello Sport. Apparently it was printed on green paper at first, rather than the pink that was in place by the time that the race adopted the colour for the leader's jersey.

Read more: 14 of the best cycling books — essential reading for every type of rider

The Giro has been involved in more than its fair share of controversies over the years, which make for necessary if uncomfortable reading: the rise and fall of Pantani (who features on the cover), the sudden removal of mountain stages to favour the local riders, and even the use of a helicopter's down-draft to hinder foreign opposition. 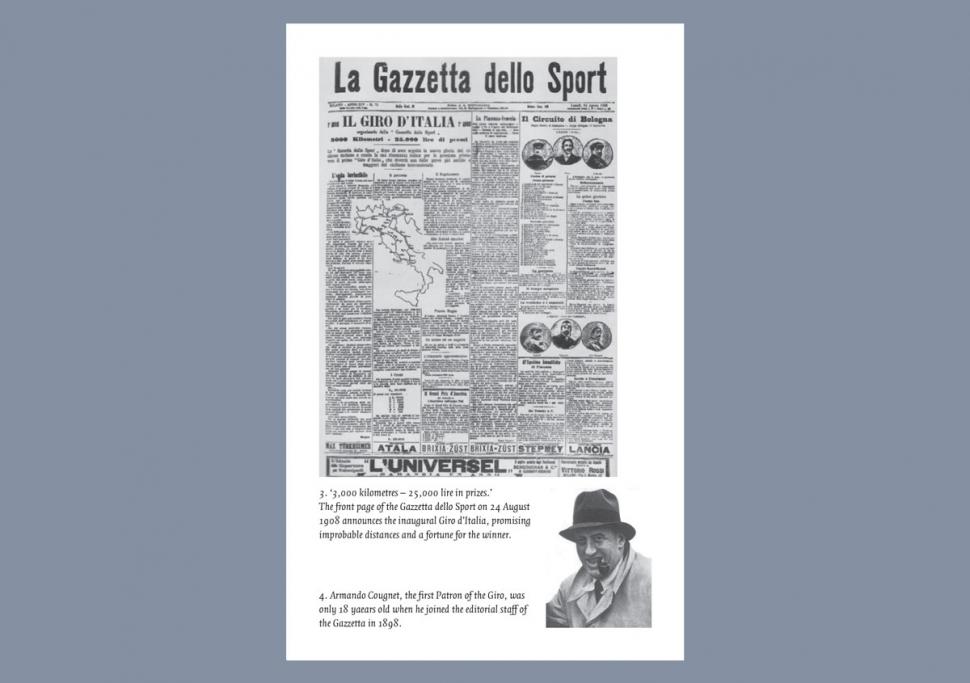 Equally intriguing is O'Brien's explanation that 'Mussolini's Fascist regime was arguably the first to see the full political potential of sport, using it not only to glorify the perceived superiority of the Italian race but also in making sport a big part of the country's indoctrination into the party's machismo mentality'.

The final chapter is a little different and more forward looking, based around an interview with the current race director Mauro Vegni, and it covers topics like the financial challenges, the drugs issue, his favourite riders, and his plans to keep the race relevant. 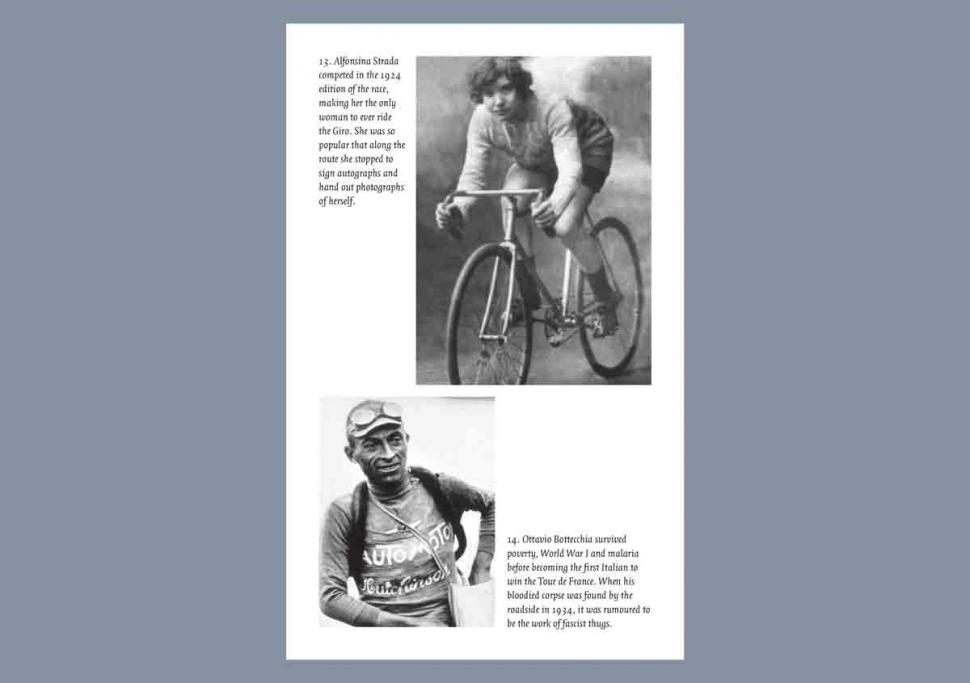 The Giro and Italy, Italy and the Giro: this book helps to explain how each has helped shape the other. It is clear that the Giro has been an important feature of Italian sport – and indeed the country – since 1909; some have even suggested that 'the race has done more to unite Italy than Garibaldi's Risorgimento ever managed', although I doubt that was part of the original plan.

This book gives an excellent introduction to the history of the Giro and all that it means to Italy and cycling, but it will not satisfy those who want detailed race commentary and results.

Enjoyable but brief overview of the Giro d'Italia and its many stories, prompted by the 100th edition of the race

Born of tumult in 1909, the Giro d'Italia helped unite a nation. Since then it has reflected it too; the race's capricious and unpredictable nature matching the passions and extremes of Italy itself. A desperately hard race through a beautiful country, the Giro has bred characters and stories that dramatise the shifting culture and society of its home: Alfonsina Strada, who cropped her hair and raced against the men in 1924. Ottavio Bottecchia, expected to challenge for the winner's Maglia Rosa in 1928, until killed on a training ride, probably by Mussolini's Black Shirts. Fausto Coppi, the metropolitan playboy with amphetamines in his veins, guided by a mystic blind masseur; and his arch rival Gino Bartali; humble, pious and countrified (and brave: recently it emerged he smuggled papers for persecuted Jewish Italians). The Giro's most tragic hero - Marco Pantani, born to climb but fated to lose. Halted only by World Wars, the Giro has been contested since 1909. The 2017 edition will be its one hundredth. This book celebrates it in all its kaleidoscopic glory.

Colin O'Brien is an Irish sports writer based in Rome. His passion for cycling and the European professional racing scene was ignited when Marco Pantani and the world's best riders came to Dublin with the 1998 Tour de France. He contributes to leading publications worldwide, including Rouleur, Peloton, Cyclist, and ProCycling.

It is a great primer for those new to the Giro, but look elsewhere for the definitive reference book

Other than being up-to-date, it adds little that is new to existing material

It does its job well, and makes for a very accessible introduction to the history of the Giro