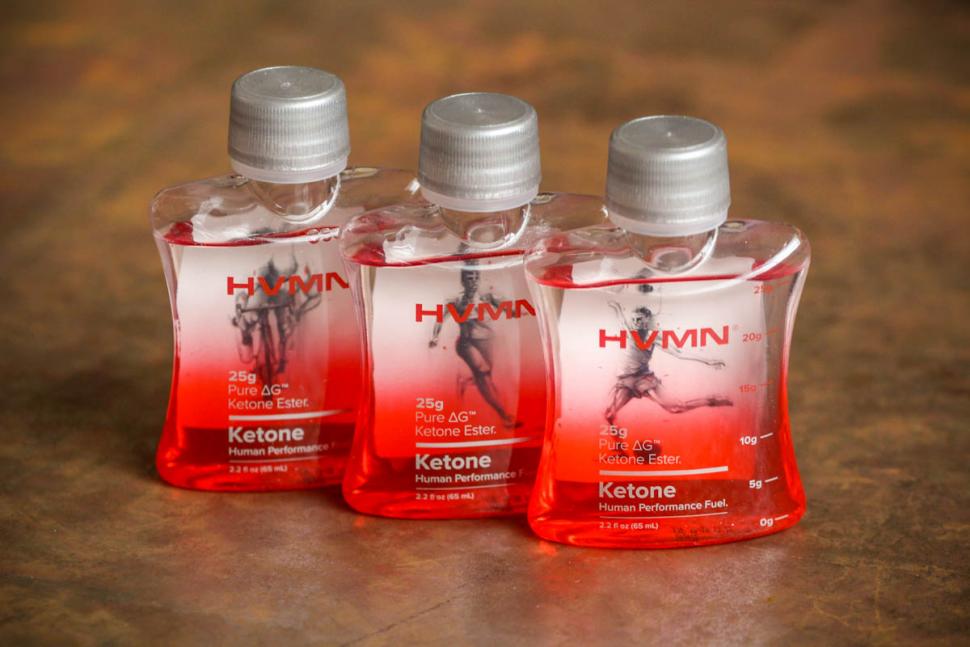 6
10
A superfuel that seems to work, but probably only accessible to or worthy of the super-wealthy and super-talented
Weight:
195g
Contact:
hvmn.com

HVMN Ketone is a drink that enables you to be ketone and carbohydrate loaded when you ride, a situation that is proven to boost performance, and is used by top-level athletes globally. Ketones are rumoured to be used widely in the pro peloton, including in 2018's Tour de France.

As a basic bit of science, ketones are the body's backup fuel, and are a naturally produced and highly-efficient energy source that the body creates when low on carbs, for example with a low-carb 'ketogenic' diet, when fasted/starved, or during prolonged periods of exertion. Ketones are naturally produced by the liver when you're in a ketogenic state. It is possible to create this state naturally by following a ketogenic diet, such as restricting all carbs, but it is a long, difficult and probably fairly miserable process. However, with HVMN you can skip all this and just drink the product.

Drinking ketones rather than producing them naturally gives you all the benefits of ketosis, that is, the ability to burn fat and ketones, an energy source known to be fantastic for endurance. Ketones give a huge store of available fuel – in contrast to carbohydrate, where we can only store so much in our body at a given time (hence the need for all the cake at the café!).

I tested the HVMN Ketone Ester on two occasions, once on an 85-minute mountain time trial, up Mont Ventoux no less, and once on an epic six-hour solo training session through my local area.

I was provided with a small blood testing kit alongside the three vials of HVMN. The testing kit was similar to those used by medics or diatetics. The kit enabled me to measure both glucose and ketone levels before and after taking the drink (which I did on my first test, but wasn't able to on the second), and the values for ketone did notably increase in the reading after taking the drink, from 0.3mmol/L to 3.3mmol/L, suggesting the drink works in terms of boosting ketones in the blood, which is a good start.

Taking the drink is as simple as swigging it down, and it's advised to do this around 30 minutes before a session. Be warned, it tastes pretty grim – a bit like nail varnish remover smells. Get it down in one swig and follow it up with something strong tasting and it's okay. You might like it, of course.

The short and the long of it

For the time trial, I took the drink in the hour prior and didn't refuel with it. For the long session, I put a second vial of the liquid in my second bidon along with my usual carb drink, and started drinking it after around 80-90 minutes of the ride, as HVMN advises for endurance sessions.

This need to refuel during a ride gives rise to one of the minor gripes I have, in that HVMN doesn't seem to have considered the portability of the packaging. For effective use over long sessions, you need to refuel, and yet the drink comes in a heavy plastic bottle, not one that you'd put in your jersey pocket. It would be better to have it in a portable container, maybe a small plastic bottle, or even a gel. Hence why I mixed mine in with my usual drink, in my bidon (which the company advises won't impact its effect).

> How to eat right for long rides and sportives

For the time trial, among the adrenaline, caffeine and gels that were coursing through my veins, it's hard to isolate what impact the Ketone had on me. I rode well, near-on a PB for that distance, and didn't feel myself fading over time. The pain certainly crept in, but the lull in energy that can occur with massive efforts like this didn't play too much of a part. However, I was racing, and with a number on your back and, in my case, three gels (one before and two during) in my pocket, the levels to which you can push yourself always seem that much greater than if alone in training.

I think it was in the solo endurance ride that I really felt the benefit, though. I didn't go out there and suddenly take a KOM on every climb or experience a gain of 200 watts on my threshold, I just felt strong and energised all the way through. I was riding strong after five hours as opposed to fading away. I fuelled as I normally would for a hard session of that length – maybe 60-70g carbohydrate per hour – but I had that ketone saving all of that sugar for use towards the end of the ride.

One thing I did find particularly noticeable with both tests was my recovery the next day. Both test situations were tough, and ones where I'd definitely expect to know about it the next day. However, that lethargy and achiness was notably absent. The day after each ride, I got back on the bike, just for around 90 minutes of steady easy riding – and I felt pretty sprightly, like I might after a day off – as opposed to how I 'should' have felt.

So, the product seems to work, and the increase in ketones suggested by the blood reading that I took seemed to correlate to a performance boost. However, it does comes at some cost – around £25 per portion.

What else could you get that's going to give you equivalent gains? The only things on the market even vaguely comparable are the 'superfuel' drinks made by SIS (Beta Fuel), and Maurten's drink mix which I tested last year and found to be a potent fuel source; that, although pricey, is peanuts in comparison to HVMN.

It certainly seems that the product works, and benefits both performance and recovery, with performance gains most evident on longer, endurance rides – that's not to say there were none on a shorter effort, but they were less easy to identify. However, at £25 per serving, Ketone is super-expensive. Unless I had a once-in-a-lifetime race, say at a national level TT or equivalent, I couldn't ever see myself buying it. I'd probably save myself £24.50 and just have another bowl of porridge. Sure, the effects aren't going to be the same, but for your average Joe like me, I don't think I could justify putting such a 'superfuel' into a not-so-super engine.

A superfuel that seems to work, but probably only accessible to or worthy of the super-wealthy and super-talented

From HVMN: "This is KETONE ESTER. This world-record breaking superfuel enhances physical and cognitive performance and resilience.

Add the fourth macronutrient into your fueling and nutrition. Use before, during, and/or after activity."

Percent daily values are based on a 2,000 calorie diet.

As far as I can tell, the Ketone had a notable impact on my ride performance during a 90-minute time trial and a six-hour endurance ride. I'd say the impact was more noticeable on the long endurance ride, as the time trial was also fuelled with a lot of caffeine and sugar.

At £76 for three bottles (i.e. over £25 per dose) this is a serious investment, and something that you would not purchase lightly. It does seem to work, though, and there's science behind it.

It does seem to work. As far as I can tell, it had a notable impact on my ride performance during a 90-minute time trial and a 6-hour endurance ride.

The product seems noticeably beneficial over longer rides, preventing a sense of fatigue and muscular breakdown, and this also played out in the recovery process. For a shorter ride, it was less easy to isolate the benefit.

The price is a huge dislike, and the way in which you need to refuel after a few hours if on a longer ride isn't so easy, particularly given the bottles it's supplied in.

There is nothing to compare it to really! However, if you're looking for a super-fuel, the Maurten drink mix is the closest to it that we have reviewed, which is substantially cheaper.

Would you consider buying the product? Maybe, if I ever competed at a national level (which is highly unlikely!).

Would you recommend the product to a friend? Only those competing at a very high level.

It does seem to have a notable impact on performance and recovery, and delivers a boost that is unlike that provided by any gels, drinks, bars, or warm-up creams I've used. This makes it something I'd like to score highly, but the price is prohibitive, and the packaging could do with some redesigning to ease refuelling. Effective, well priced and avoids the sickliness of many rivals 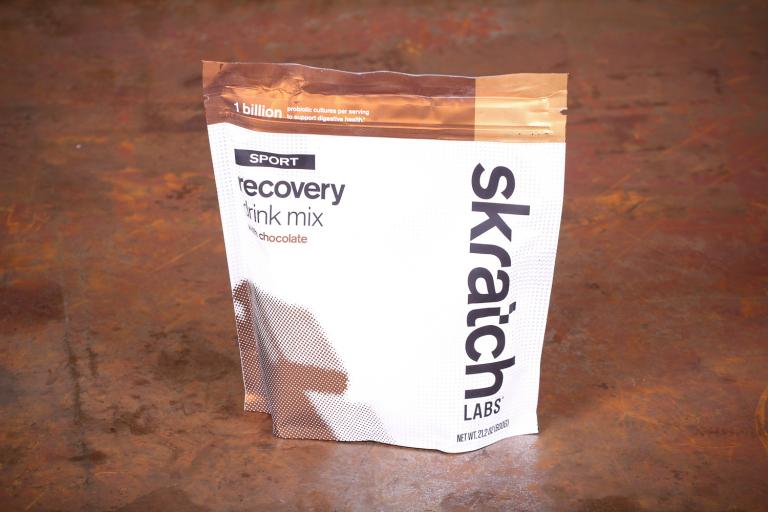