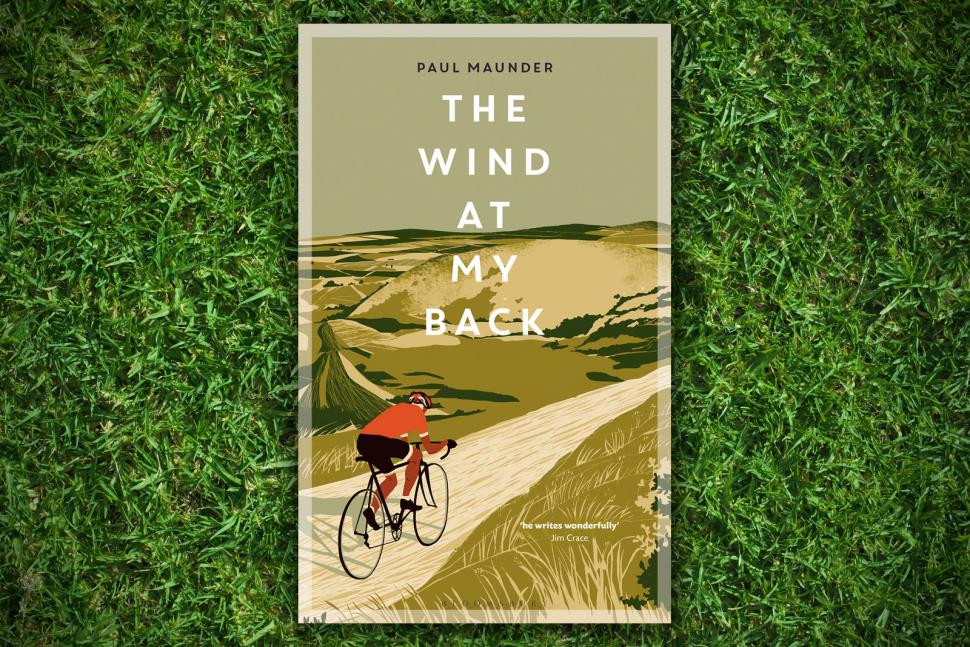 The Wind At My Back by Paul Maunder

The Wind At My Back

8
10
We can all appreciate the joy of cycling when on the bike, but here is an opportunity to enjoy it off the bike as well
Weight:
390g
Contact:
www.bloomsbury.com
How we test

In The Wind At My Back Paul Maunder looks back at the various stages of his cycling life, and reflects on the attraction of cycling. What is it that we find so appealing about the activity, and why? To borrow the title of another book, It's not about the bike – but in this case, it is about the cycling.

We have already come across Maunder's writing in Rainbows in the Mud, described as 'his first non-fiction book'. It was clearly written by someone with a deep passion for – and knowledge of – the world of cycling, and both qualities are present here as well.

If this is now his second non-fiction work, then presumably Maunder had already produced some works of fiction... It turns out that he has written 'four novels, plus a couple of half-finished attempts', but none have been published, making him 'a failed novelist, because I have yet to publish a novel, but a novelist all the same'.

Maunder also classes himself as 'a failed racing cyclist', as he became 'bored by racing and by training, I was stale'.

Fortunately for us he was able to capitalise on these two failures when a mid-life crisis loomed, 'which manifested itself as a switch between literary genres': basically, he started writing about something that he knew and cared about.

Maunder is careful not to call this book an autobiography – which is just as well, because I fear that that would limit its appeal. While there is still a biographical element to it, as the book is based on his own experiences of cycling, it is really a 'deeply personal and lyrical explanation of what it means to ride a bicycle'.

Maunder writes about the many stages of his cycling life, including learning to ride a bike, receiving his first bike for Christmas, his first solo bike ride, his first group ride with the CTC (as Cycling UK was called then), and his first race.

Much like Max Leonard in Higher Calling, he manages to convey the appeal of cycling in mountains: 'Cyclists know that we climb to escape the mundane and to redeem ourselves. We descend simply to feel alive.'

'Competitive commuting' has always been a sport for many, including Maunder, and he does a good job of explaining the appeal – and 'the rules'.

Many writers will describe the physical benefits of an outdoor exercise, but few explore the mental benefits so thoughtfully, with cycling being 'an effective salve for depression'.

Maunder considers the merits of cycling alone and in groups, and goes on to recount Billy Connolly's description of cyclists as 'sociable loners', due to 'the curious paradox of cycling as an activity for loners, undertaken in groups'.

While many of us will have similar experiences to Maunder over our lives, most of us will never be able to write a book like this. He manages to capture the pleasures of cycling far more articulately than most of us could ever do, and it is a delight to revisit some of the most significant cycling experiences in your own life.

> Essential reading: books every cyclist should have on their shelves

If you happen to live in the Chilterns (as I do), then you will have even more in common with Maunder as he has lived in that area for much of his life: you will probably know many of the roads and villages that played a role in his memorable cycling experiences.

Once you have read the book you will understand why the majority of titles in the bibliography are not about cycling: poetry, walking, and the great outdoors dominate the list. It is revealing to see which cycling books Maunder has chosen to feature: based on that, I would say that if you like the aforementioned Higher Calling, Mountains by Michael Blann, or The Rider by Tim Krabbe, or Vélo by Paul Fournel, then you are likely to enjoy what is on offer in The Wind At My Back.

We can all appreciate the joy of cycling when on the bike, but here is an opportunity to enjoy it off the bike as well

Make and model: The Wind At My Back by Paul Maunder

In this deeply personal and lyrical exploration of what it means to ride a bicycle, Paul Maunder explores how our memories have a dialogue with landscape and how cycling and creativity are connected. Taking a journey through the places that have shaped him, we ride across wild moorland, through suburbia and city streets, into quintessentially English pastoral scenes. We see too some of the darker parts of the British countryside, sites of great secrecy that intrigue the imagination. This is a book about how landscape can sustain us, and how even an hour's escape can inspire our creative sides. The bicycle allows us to explore and dream, and return in time for dinner.

Title: The wind at my back

Average price for a hardback; little saving from going electronic.

It puts into words the experiences that many of us have on a bike.

The language can get quite 'flowery' at times.

Would you recommend the product to a friend? To those I feel confident would appreciate it.

It may be in a fairly niche genre of cycling books, but this is probably as good an example as you will find on the meaning of cycling.