8
10
Strongly-performing light that represents a decent bump over the 750 we saw two years ago
Weight:
139g
Contact:
www.niterider.com
How we test

Two years ago we had the Lumina 750 on test, and rated it highly with a solid four out of five star rating. We found that it was bright enough and suitable for a range of uses, from city commuting to night-time jaunts on trails and unlit roads.

This version, the 900 Boost, on paper receives a 150-lumen boost to bring it close to that magic 1000-lumen marker, while it also makes use of high-output Cree LEDs to shine.

Those LEDs create a neutral white light, and the lens focuses that light in a defined circle on the road, with little bleed outwards. Clearly the thinking here is to maximise light on the road, and it's extremely effective. It highlight hazards easily when in the boost 900-lumen mode, as well as the normal high mode of 700 lumens.

There are seven modes to choose from, set out in two levels and accessible via the use of a single power button. To access the first tier, you press the button for a second, and it switches onto the 250-lumen setting. Clicking once in sequence cycles you through the 350-lumen and 700-lumen settings, while a quick double click switches on the 900-lumen boost mode. 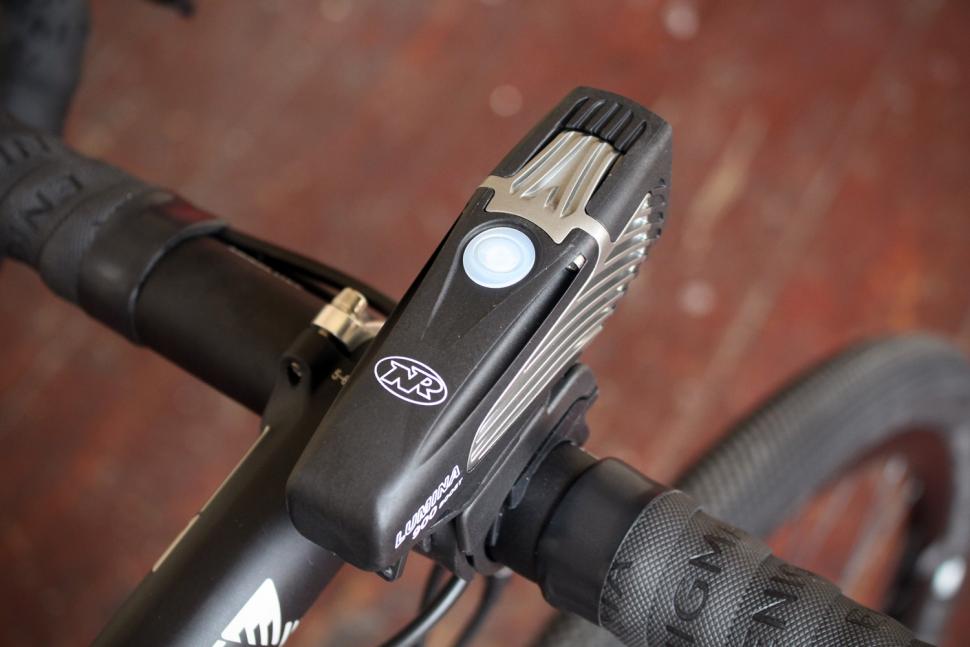 The second tier offers up flashing modes – an-always-on-but-pulsing mode, accessible by holding the button for three seconds, and a standard on-off flash mode which you can have with another press. There's also a long-life 45-lumen setting that's claimed to be good for 26 hours of constant use.

Historically, we've seen accurate or marginally better-than-claimed battery life from NiteRider models, and the 900 Boost is no different. On the maximum 900-lumen setting, battery life is a claimed one hour, but I had a full 1hr 45min before it decided to give up the ghost. At around 1hr 10min it dims to prolong the run time, but nevertheless given the size of the unit and the constant brightness it supplies before this moment, it's an impressive lifespan.

It's also worth pointing out that if you do use the boost setting, as I suspect you will, the unit does put out a fair amount of heat around the bulb area. Nothing crazy, but it does run too hot to touch around the silver areas that are there to help with cooling.

The LED in the switch turns red (instead of the usual blue) to indicate low battery, while charging is easy via a protected micro-USB port. You can lock the unit by holding the button for seven seconds when it's off to prevent accidental activation while in the depths of a bag. 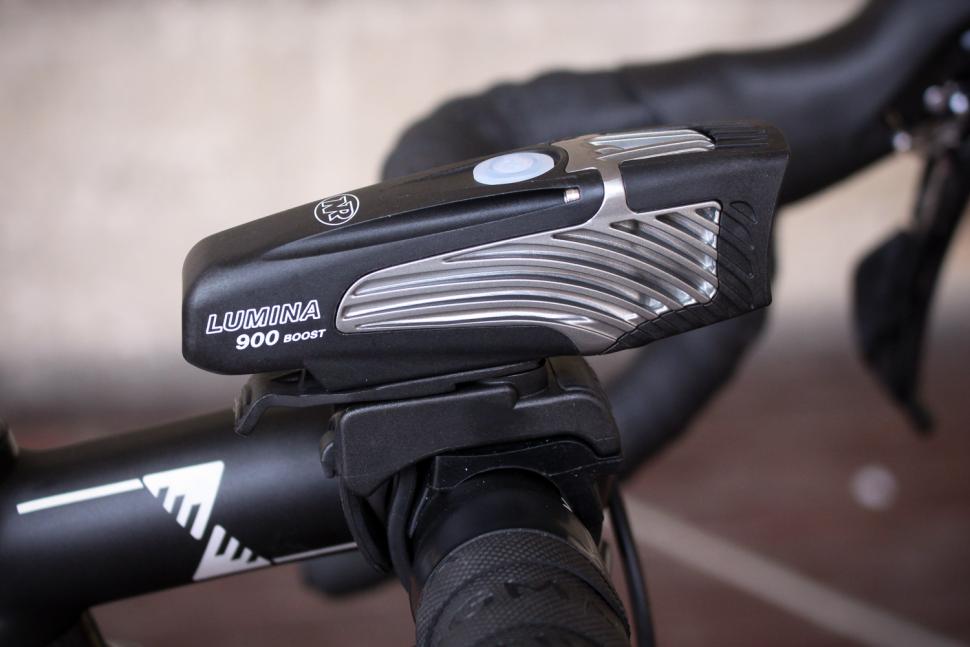 Finally, where the 350 Swift models feature a strap that's easily removable with the light attached, it's less the case here. Instead, it's a strap that feeds in on itself (around the handlebars) and tethers to itself via belt-like holes. The light is easily removed by the lever that releases it from the bracket, with the bracket then best removed after.

It's an easy system, if a little fiddly to feed through the tight gap if you're taking the bracket on and off again routinely, and I found that the strap fitted a little loosely (using the first hole) to the handlebar, which on my bike at the time of testing is a little on the skinny side compared to most. Tightening it wasn't an option as it was just that little too tight to seat over the next hole, so occasionally I had to reach forward to adjust the light while riding to point it in the optimal direction, instead of leaving it to slowly dip to shine on the top of my front wheel.

That little criticism aside, though, the £85 price seems very competitive given the brightness of the light, as well as the decent battery life – you can get a solid six hours off the 200-lumen setting, for example – in such a tidy unit. It's good for all uses (save for heavy-duty all-night riding), which is all you can ask for at this price.

NiteRider says: "The NiteRider® Lumina™ 900 Boost is the perfect light for mountain bikers, road riders, adventure riders and urban commuters. Featuring a proven design/ride tested handlebar strap mount that is sure to remain rock solid whether on the trail or pavement.

"Double clicking the power button activates Boost Mode, giving you the option to operate your light at 900 lumens maximum light output! This self-contained light makes use of the IntelliCharge™ function, which charges the battery twice as fast as the normal charge rate when connected to a higher amp AC adapter. With our custom engineered optics, the Lumina™ 900 Boost projects a beam pattern that provides a generous spot and wide flood beam pattern of 900 lumens!"

The single button interface takes a short while to get used to, but is easy thereafter.

The light fits to the clamp with ease, but I struggled to get the clamp itself to fit properly (and easily) around my narrower handlebars. Thicker-diameter bars on my other bike were fine, however.

Used it in a full-on deluge after leaving it out in the rain for an evening. No issues at all.

Battery life matches up to claimed spans, if not slightly better, but if we were being ultra-critical it'd be nice to see a solid 90 minutes use out of the 900-lumen boost setting before dimming.

The beam is excellent, clearly illuminating the road in front on pitch black roads. I'd happily keep this in my light stable as a go-to unit.

Build quality if excellent, as per usual with NiteRider's lights, and no concerns about the secureness off the charger cover either.

Bearing in mind the old 750 cost £99.99, this 900lmn version has to be categorised as 'good value', even if you could argue that light tech has inevitably moved on a step.

Very well - in fact my only major gripe is the bracket that wouldn't stay firmly still on my handlebars.

This is a strong performing light, with enough modes and brightness for use pretty much anywhere. The battery life on the full beans setting isn't enough for long forays into the night, but any commute on any surface should be well within its capabilities.

I've been riding for: 5-10 years  I ride: Most days  I would class myself as: Experienced