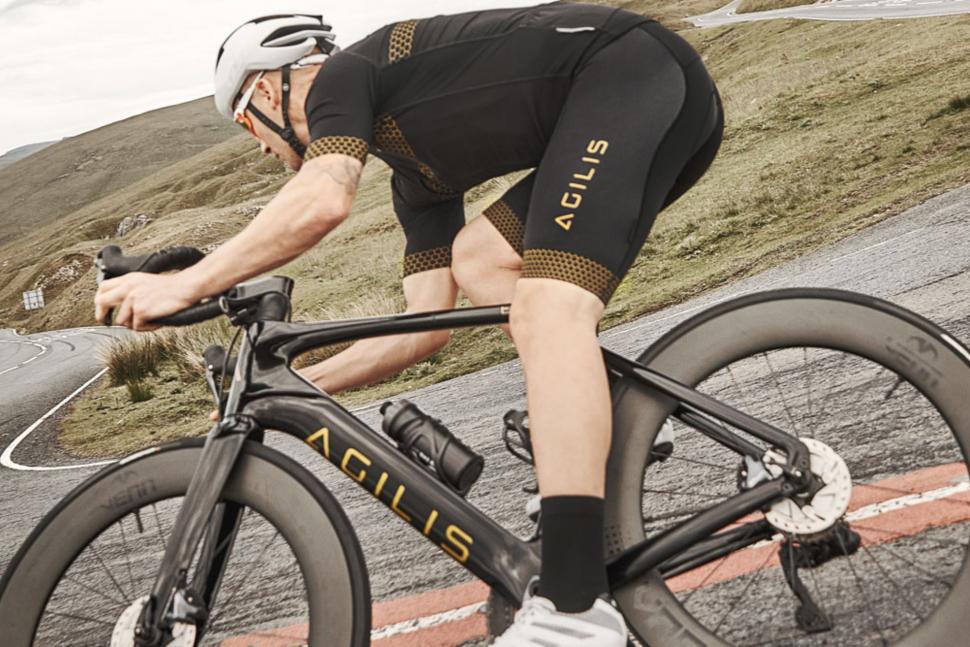 As well as the one-off black and gold bike pictured above, which carries the name of the Agilis cycling and leisurewear brand he set up earlier this year, the burglar also made off with some Zipp wheels.

In a post on Twitter, the 44 year old said: “To the absolutely knob head who decided to steal my bike and wheels today from my home. You are on CCTV and we have your details! I want these items returned immediately or further action will be taken!”

To the absolutely knob head who decided to steal my bike and wheels today from my home. You are on CCTV and we have your details! I want these items returned immediately or further action will be taken! 🤬

The ex-winger, who holds the record for the most tries scored for Wales, added on Facebook that his wife and children were at home when the theft happened, reports Wales Online.

“Could all my friends please keep an eye out for someone trying to sell my Agilis road bike," he wrote.

“It has been stolen from my home today along with some Zipp wheels!

“There is only one of these bikes in circulation so let’s make it difficult for this t**t to offload it!

“Possessions don’t really matter too much to me it’s just that someone has decided to go into my property whilst I’m away and my family are home has really made my blood boil!

“If anyone has any information I would really appreciate you getting touch Diolch!!”

He added: “Ps There is CCTV and we have an idea of who it could be. If the items are returned immediately no further action will be taken.”

Like many ex-rugby stars, including former England captain Lawrence Dallaglio and his Scotland counterpart Rob Wainwright, Williams has got on his bike in retirement and raised thousands of pounds for charity.

He even set a Guinness World Record earlier this year for visiting the most castles by bike in one week – pedalling 736 miles around Wales to 50 of them, and climbing more than 47,000 feet in the process.

And during lockdown last year, inspired by Geraint Thomas’s fundraising efforts on Zwift, he rode 774 miles on the platform in a week to raise money for the NHS.

The distance reflected the number of miles he would have ridden in sportives he had entered for 2020 before they were cancelled due to the pandemic.