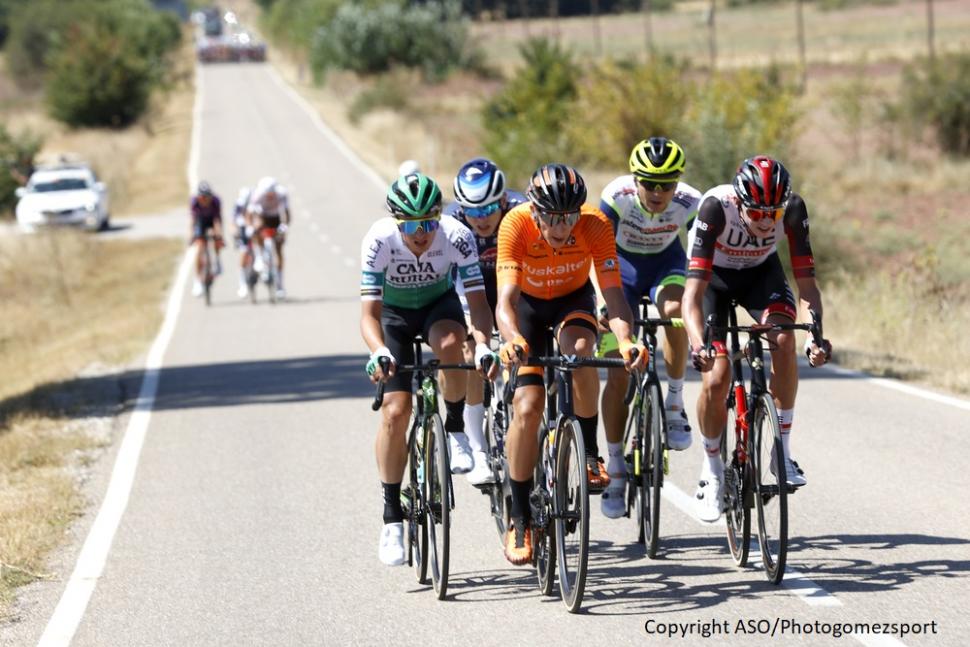 Vuelta Stage 3: Rein Taaramae wins from the break and moves into race lead

Estonian rider prevails on first summit finish of this year's race...
by Simon_MacMichael

Rein Taaramae of Intermarché-Wanty-Gobert has won Stage 3 of the Vuelta from the break and moves into the race leader’s red jersey following the first summit finish of this year’s edition of the Spanish Grand Tour, with time gaps opening up among a number of the main contenders for the overall victory on the tough final climb of the Picon Blanco.

The 34-year-old, whose only previous Vuelta stage win came a decade ago in 2011, won the 202.8km stage from Santo Domingo de stage by 21 seconds from Joe Dombrowski of UAE Team Emirates with Kenny Elissonde of Trek-Segafredo third, all three men part of today’s five-man break.

Behind them, overnight leader Primoz Roglic of Jumbo-Visma finished eighth, and among the overall contenders only Enric Mas of Movistar was able to take any time from the defending champion – and even then, just three seconds.

Roglic crossed the line in a group containing Bahrain Victorious rider Mikel Landa as well as Egan Bernal and Adam Yates of Ineos Grenadiers but their team mate Richard Carapaz struggled late on during the climb and lost a minute.

Among others to lose time were last year’s third rider overall, Hugh Carthy of EF Education-Nippo, who lost 21 seconds to the group including Roglic.

The latter still lies third overall, half a minute down on Taaramae, but of concern today will be that he became isolated from his team mates on the final climb – something that, with a further eight summit finishes to come over the next three weeks, the Slovenian can ill-afford to become a regular occurrence during the race.