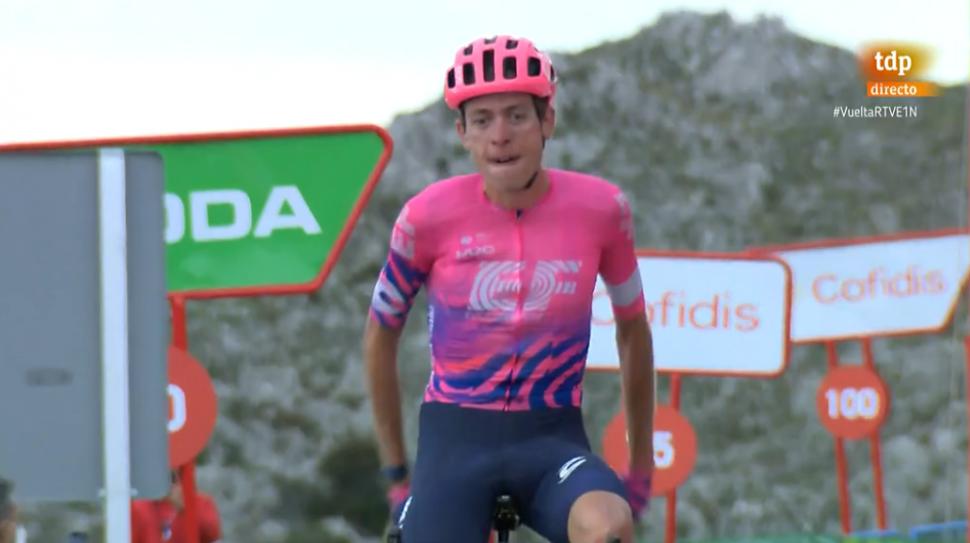 Hugh Carthy of EF Pro Cycling has landed the first Grand Tour stage win of his career after attacking 1.5 kilometres from the summit of professional cycling's most feared climb, the Angliru, to take victory on Stage 12 of the Vuelta. The 26 year old from Preston moves third overall, with Richard Carapaz of Ineos Grenadiers regaining the leader's red jersey from Jumbo-Visma's Primoz Roglic.

It was a very select group that contested the win on the Asturian ascent at the end of the 109.4 kilometre stage from Pola de Laviana, with Enric Mas of Movistar, who leads the best young rider's competition, the first to show his hand with around 3.5 kilometres remaining.

Only Carthy and Carapaz were able to bridge across to the Spaniard, while behind Israel Start-Up Nation's Dan Martin, third overall this morning, was struggling, as was Roglic, the overnight leader and defending champion.

Carthy crossed the line 16 seconds ahead of a group comprising Astana's Aleksandr Vlasov, Mas and Carapaz, with Roglic finishing a further 10 seconds back.

Carapaz, winner of last year's Giro d'Italia, now leads the Slovenian by 10 seconds, with Carthy in third place, 32 seconds off the race lead and 3 seconds ahead of Martin.

Following tomorrow's rest day, racing resumes on Tuesday with an individual time trial along the Galician coast from Muros to the Mirador de Ezaro which provides a real sting in the tail.

It's a short climb, with the summit only 268 metres above sea level, but with ramps of up to 30 per cent, it's another day that could provide a shake-up at the top of the overall standings.