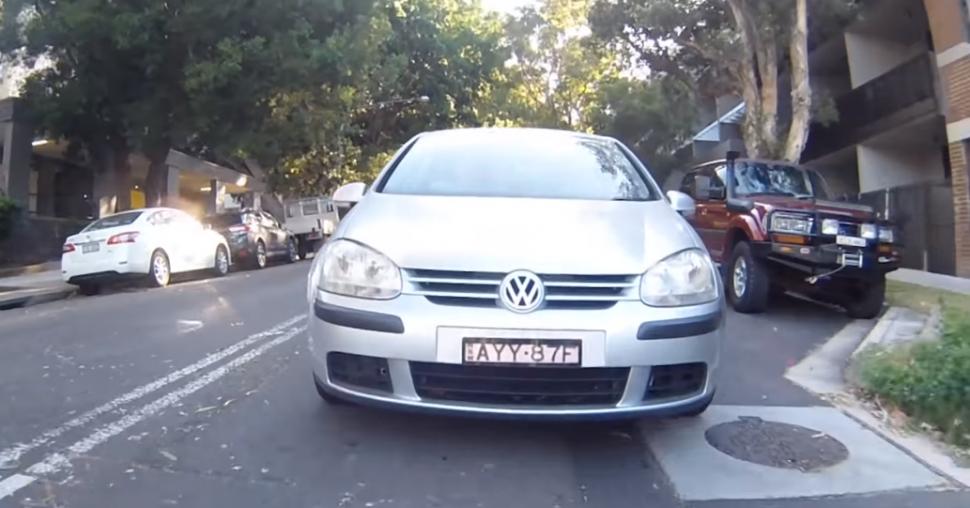 Video: NSW driver chucks coffee cup at cyclist, tailgates him through stop sign and flips the finger– so of course, the Daily Mail asks “who’s in the wrong?”

“Who’s ​in the wrong?” That’s Daily Mail Australia’s rather arresting take on an incident in Sydney in which a motorist appeared to throw a coffee cup at a cyclist before tailgating him through a stop sign at a roundabout and, with a final flourish, flips him the bird.

We’ve published plenty of stories on road.cc over the years about how hostile the roads of Australia, and New South Wales in particular, can be for cyclists.

And we’ve published plenty of stories about anti-cyclist pieces published by the Daily Mail and its associated titles, whether in print or online – including how it campaigned to get rid of the emergency cycle lanes briefly installed last year outside its headquarters on Kensington High Street.

Even by those combined standards though, the story – headlined Who’s the most entitled in this video? Inner-city hatchback driver divides the internet by lobbing his LATTE at a cyclist – but not everyone agrees he's in the wrong – is a depressing take on an incident in which it’s a driver putting a cyclist in danger.

Moreover, it’s a video – subsequently uploaded to Cycliq’s Facebook page – shot with a rear-facing camera, so the full extent of the abuse would only have been apparent to the rider on reviewing the footage once safely home.

Depressing, too, is the fact that Daily Mail Australia ran a poll about the video asking, “Who’s in the wrong?” and that, at the time of writing, 71 per cent of more than 150 people who have voted say it’s the cyclist, and just 29 per cent the driver.

It seems that in part, Daily Mail Australia’s take on the video is due to a severe misunderstanding of the road rules in New South Wales, stating in a sub-heading to the article that “The cyclist was in the middle of the road, but should ride on the left hand side.”

That is in fact, for want of a better word, bollocks.

Here’s what the New South Wales Road User Handbook – the equivalent there of the UK’s Highway Code – actually says:

Bicycle riders must use bicycle lanes (part of the road dedicated to bicycles) where there’s one. If there’s not, or it’s not practical to use, they have the right to ride on the road. This includes riding in the middle of a lane.