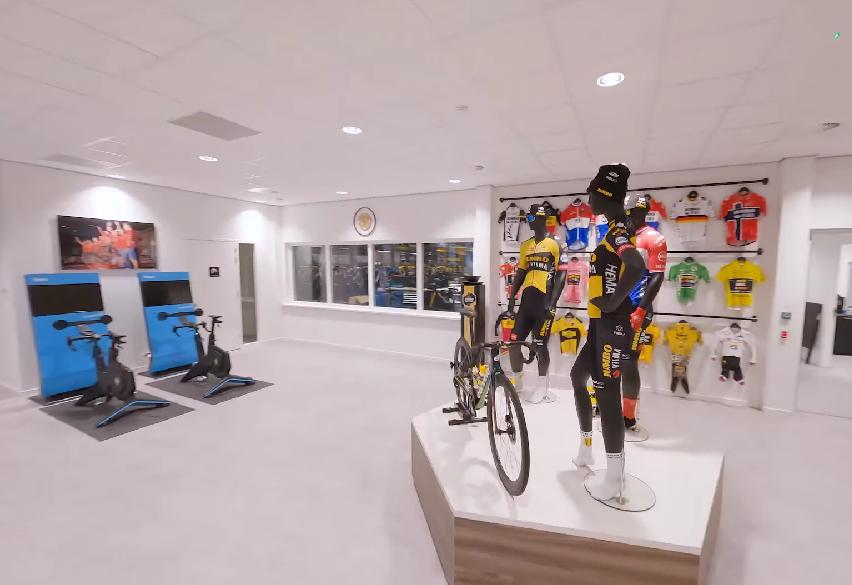 “New Year, new home,” goes the Facebook post from Team Jumbo-Visma as it unveils an amazing new service course – or headquarters in non-cycling parlance – in the Netherlands with a stunning fly-through video shot by drone.

There’s a lot to take in during the two-and-a-half-minute film of the facility at ’s-Hertogenbosch, capital of the province of North Brabant in the south of the country, with the footage revealing the sheer scale of operations of one of the top teams in the sport in both the men’s and women’s pelotons, boasting star names such as Primoz Roglic, Wout van Aert and Marianne Vos on their rosters.

First, the film takes us through the team’s garage, including a tour of one of its support trucks complete with kitchen and utility room which wouldn’t be out of place in an apartment in a swish city centre new-build apartment block, before flying over row upon row of Cervélo bikes in the team’s signature black and yellow livery and a workshop space with a team mechanic hard at work.

After a brief visit to a canteen area – complete with table football again in team colours – we then go through what appears to be the  reception area, bedecked with framed national champions’ and Grand Tour classification leaders jerseys before heading upstairs for a tour of office areas and meeting rooms, reminders of the team’s success present everywhere on the walls.

You may not know this, but Jumbo-Visma also sponsors a team in speed skating – hugely popular in the Netherlands – and there are also areas of the service course dedicated to that sport, complete with framed photos of triumphs including at the Winter Olympics, which will be a focus of its athletes in Beijing next month.

It’s an incredible facility, and one that shows what can be done with one of the biggest budgets in the sport – and which no doubt will get some envious looks from rivals operating on a fraction of those resources, as well as from those of us whose offices are a bit more cluttered and less handsomely equipped.