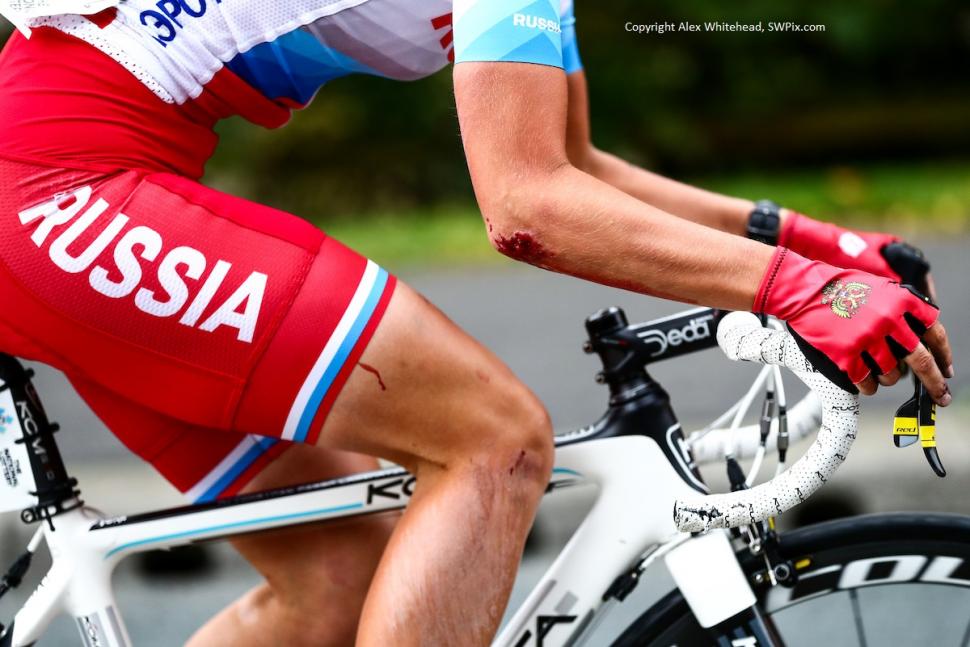 The UCI has banned teams representing  Russia or Belarus at national level, as well as those registered in the two countries, from all events it sanctions following the Russian invasion of Ukraine.

World cycling’s governing body has also struck all events scheduled to take place in Russia or Belarus this year from its calendar.

Cyclists licensed to either of the national federations of those countries will still be allowed to compete for teams registered elsewhere – but national emblems, such as the jersey of national champion, will not be allowed.

The UCI’s management committee made the decision following an emergency meeting of international sporting bodies in Lausanne this morning organised by the International Olympic Committee.

The UCI, while stressing ] it is “a politically neutral organisation” expressed “its very great concern over the situation in Ukraine and firmly condemns the aggression of the Russian and Belarusian governments and their non-respect of the Olympic Truce.”

It said that it “wishes to see a return to peace as rapidly as possible and calls for the respect of Olympic values. Indeed, sport in general and cycling in particular are vehicles of peace, friendship, solidarity and tolerance.”

The governing body said that it had “decided to offer its support to the Ukrainian cycling community and has committed to welcoming Ukrainian athletes to the UCI World Cycling Centre (WCC), its education and training centre in Aigle, Switzerland.

“In this respect, the UCI is in permanent contact with the National Federation of Ukraine. The UCI President David Lappartient, together with the President of the Union Européenne de Cyclisme (UEC) Enrico Della Casa, will meet the President and representatives of the Ukraine National Federation during the UEC Congress in Denmark this weekend to define the procedures for coming to the aid of Ukraine’s cycling community,” it continued.

It outlined the following measures, which it said had been adopted unanimously:

It said that any such participation should be undertaken “in a neutral capacity” and called on “organisers, spectators and competitors to respect Russian and Belarusian riders at races in which they would be authorised to participate.”