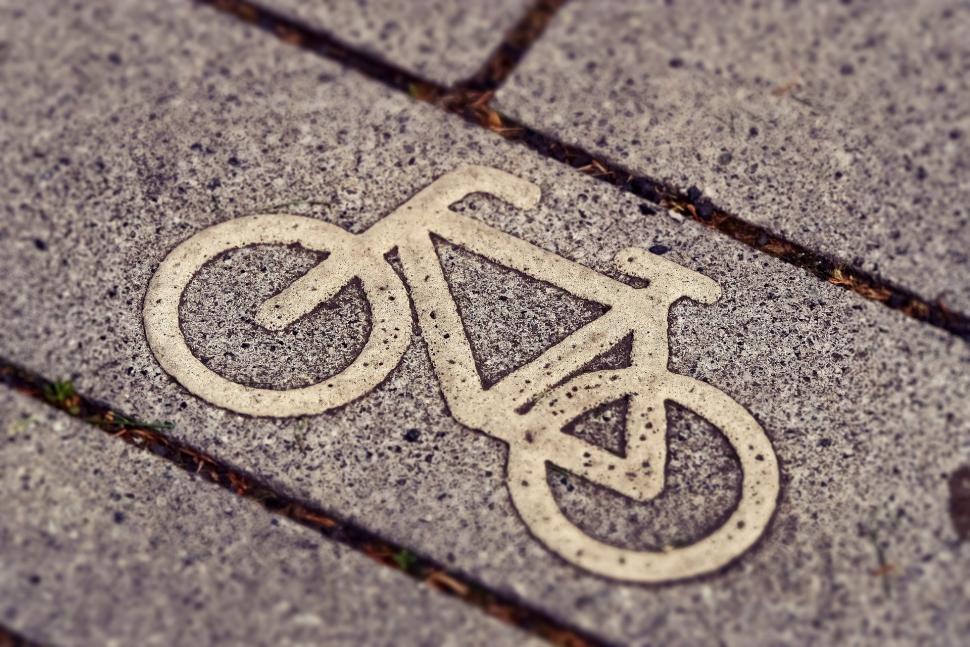 The council said it was 'unfortunate' that the recommended 2m width had not been achieved...
by Will Bolton

A cycling lane has been criticised by riders who say it is five times narrower than it should be.

A council spokesperson said it was 'unfortunate' that the 'appropriate' cycle path width could not always be achieved on some roads, Bolton News reports.

Horwich Cycling Club President Dave Headon said that the 'path' is less than the 44cm width of the handlebars on his bike and much narrower than Cycling UK's recommended 2m.

Mr Headon explained that the offending cycling lane was marked out on Belmont Road near Bolton, a few months ago.

Mr Headon said that parts of the lane near the San Marino restaurant had been repainted and narrowed from around 80cm to 40cm.

Already pointed out this painted on cycle lane is too narrow to Bolton Council highways some months back. Didn't get a reply. @MrHappyCyclist https://t.co/5TzMaMmEhK

He said: “I never used to think of Belmont Road as being a problem for me when I have been cycling.

“But the cycle lane has created a problem.

“It pushes cyclists further towards the kerb putting them at risk of clipping it with the tyres.

"Some drivers also think they can drive right up to the edge of the line when they should be leaving space when they are passing.

“My road bike handles are 44cm wide and don’t fit in the cycle lane.

"Mine are much narrower than mountain bike handles as well.

“I think it is a tokenistic cycle lane. It is not safe.

“Some friends have spoken to me about it too.”

Mr Headon, a cycling instructor who teaches youngsters across Greater Manchester, said the cycle lane should be widened and the council could consider using the pavement to extend it.

The stretch of road where the cycle lane has been painted lies within Blackburn with Darwen Council's territory.

West Pennine Cllrs Jean Rigby and Julie Slater claimed they have not received any complaints about the road from cyclists but say they will contact the local authority's highways department about the concerns that have been raised over the safety of the cycling lanes.

Cllr Slater said: "At the end of the day cycle lanes needs to be safe and cyclists need to feel safe.

"I know what it is like to be out riding.

"The cycle lanes need to be the correct width for cyclists.

"I will speak to the highways department about it."

A Blackburn with Darwen Council spokesman said: "We try to do all we can to encourage safer cycling and the cycle lanes have been lined with the best intention of segregating cyclists and traffic.

"The appropriate widths unfortunately could not be achieved at some locations due to the overall width of the road narrowing and widening along its length.

"It is unfortunate that the statutory widths could not be delivered over the entire length of the road but we hope that it still offers protection and segregation for the cyclist from passing traffic."