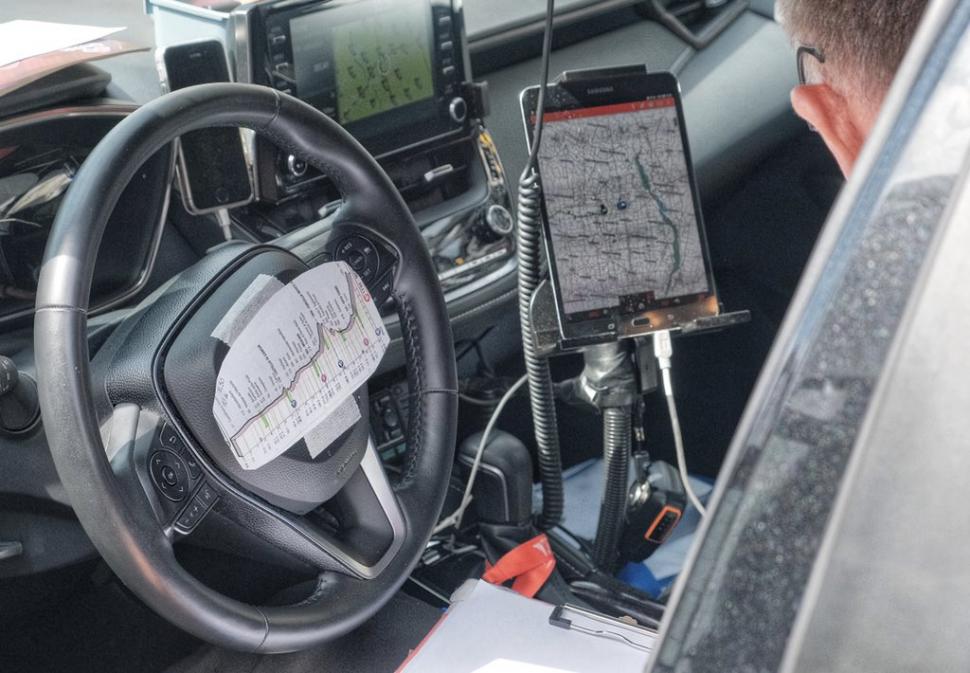 "As good a driver as [directeur sportif's] are, this is not safe."...
by Will Bolton

An image of the inside of Trek-Segafredo's team car has sparked calls for 'dedicated drivers' at races.

A though day at the office is expected 👊 The monster Zoncolan is waiting the rider today at @giroditalia 🏔 pic.twitter.com/GjIEbDKTF8

The issue of drivers getting distracted during races was brought into sharp focus at this year's Giro d'Italia when Pieter Serry, (Deceuninck-Quick-Step) was knocked off his bike from behind by Team BikeExchange's director.

Gene Bates was ultimately excluded from the race after he rammed into the Belgian rider with the team car during the rainy stage 6.

Serry finished the race and Bates apologised but the incident shone a light on how many distractions some directors have in front of them whilst driving.

Sports commentator and former pro rider, Brian Smith, commented on the image of the Trek Segafredo car, and said: "This is exactly why you should have a dedicated driver and the main sports director has all this info on the passengers side.

"As good a driver as they are, this is not safe."

Another person said: "So 3 screens, the route profile, race radio, team radio, and that’s before you even take into account hundreds of riders and other vehicles moving around in highly unpredictable ways.

Another person suggested that the car should not be referred to as 'an office' either.

They said:  "The driver should be in the front concentrating on driving. This is how cyclists get hit with motor vehicles by distracted drivers! It's not an office, it's a vehicle!"

Someone else pointed out: "How can cycling push for change when it’s the worst culprit of distracted driving?"

Earlier this week Mercedes-Benz USA were blasted on social media after posting an image advertising the in-car tech in its S-Class range with people commenting 'I look forward to being murdered by one of these'.