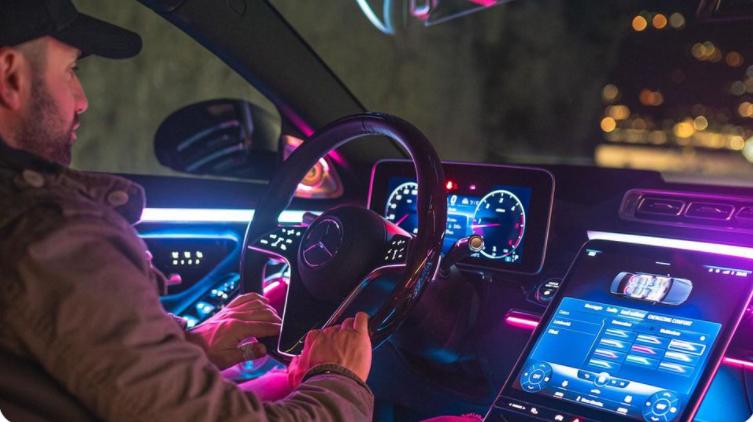 "I look forward to being murdered with one of these": Cyclists condemn "distracting" Mercedes in-car technology

A tweet from Mercedes-Benz USA advertising the in-car technology in its S-Class range has caused uproar on the social media platform, with numerous people suggesting that the potential for distraction could put cyclists and pedestrians in danger. 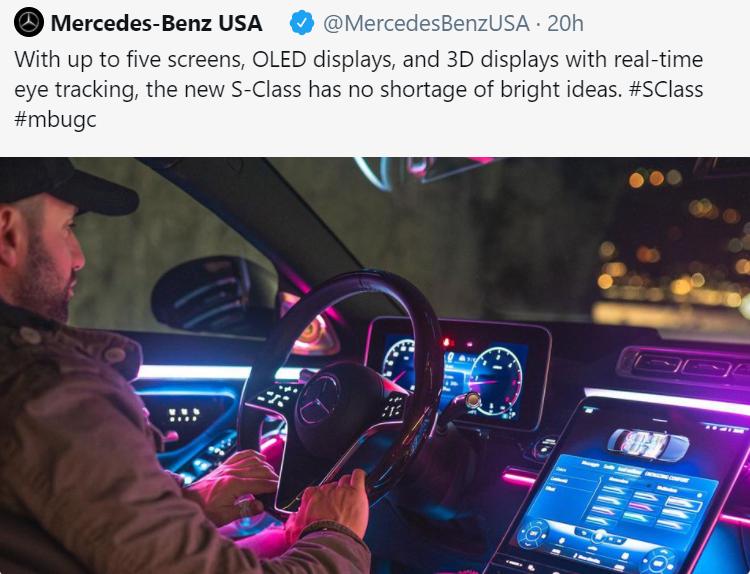 The tweet, that has now been deleted by the Mercedes-Benz USA account, said: "With up to five screens, OLED displays, and 3D displays with real-time eye tracking, the new S-Class has no shortage of bright ideas"; however thousands of people were quick to point out the potential issues, with Pompey Cyclist saying: I look forward to being murdered with one of these in the near future."

At this point you might as well get a gun and just shoot every tenth cyclist and pedestrian right in the head https://t.co/nbzwzpnhiA

Ok
but all bicycles have chainsaws now
I don’t make the rules pic.twitter.com/O8APkxEsn5

It's long been suggested that in-car technology such as touchscreens could be leading to more distracted driving; A 2020 study by the UK road safety charity IAM RoadSmart found that in-vehicle 'infotainment systems' impair a driver's reaction times behind the wheel 'more than alcohol and cannabis use' according to the results.

While Mercedes' example of in-car technology appears to be a particular cause for concern, other companies are trying to put tech to good use in an effort to increase safety for cyclists. Back in January, a proposed bicycle-to-vehicle communication standard backed by Trek, Specialized, Bosch and Ford was said to have reached a "critical milestone", with Ford's vice president Chuck Gray calling on more business leaders to join the initiative to advance the technology and set a definitive standard.

Still, opponents argue that the technology could increase danger for cyclists, as drivers could start putting too much trust in technology that may not be failsafe.