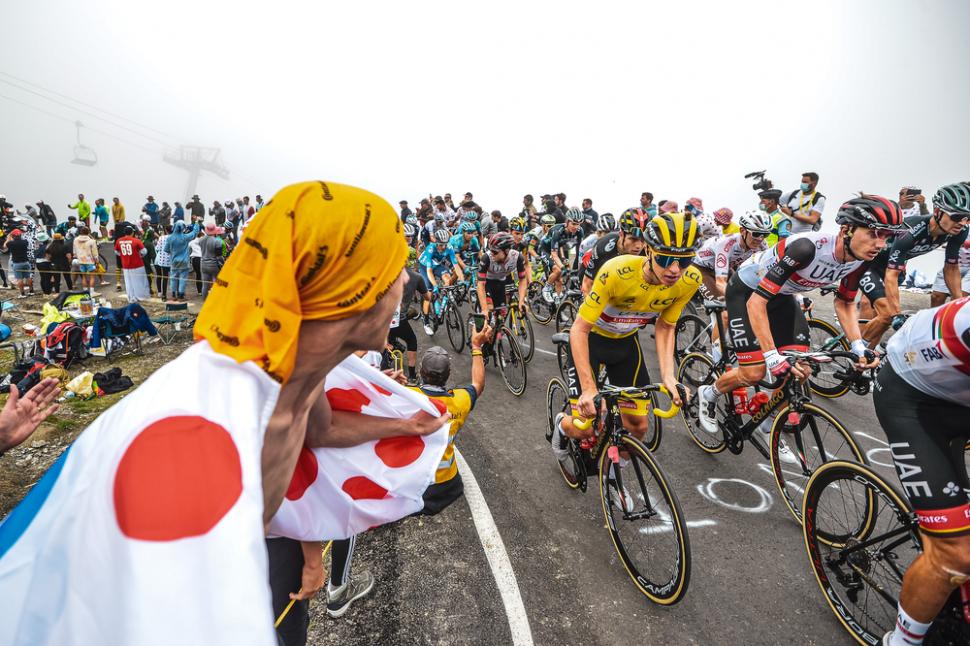 Defending champion rides away from rivals on final mountain of this year's race for second successive stage win...
by Simon_MacMichael

Tadej Pogacar of UAE Team Emirates rode away from his rivals on the final mountain climb of this year's Tour de France to win Stage 18 of the Tour de France at Luz-Ardiden, his second successive stage win increasing his already commanding overall lead and setting him up for back-to-back overall victories in Paris on Sunday.

It was another dominant performance from the Slovenian, who twice countered attacks from Movistar’s Enrico Mas on the final climb.

He is now almost six minutes ahead of his closest overall challenger, Jonas Vingegaard – and barring misfortune, the white jersey of best young rider that the Jumbo-Visma rider has been wearing will be worn by Pogacar on the podium in Paris on Sunday.

His victories at summit finishes over the past two days also mean that the UAE Team Emirates rider is mathematically assured of the polka dot jersey he won last year.

Today, his first attack came with a little over 3km remaining of the 129.7km stage from Pau, only Mas, Vingegaard, his Jumbo-Visma team mate Sepp Kuss, and Richard Carapaz of Ineos Grenadiers able to follow.

Mas attacked with around a kilometre remaining, but when Pogacar rode away, the Spaniard had no answer.

They were kept on a very tight leash however as Team BikeExchange forced the pace to try and distance points classification leader Mark Cavendish ahead of the intermediate sprint in a bid to help Michael Matthews close the gap in the fight for the green jersey.

As it turned out, Cavendish crossed the line ahead of the Australian, and finishing inside the time limit today, looks all but certain to top the classification in Paris on Sunday.

More attacks followed that intermediate sprint point, Pierre Latour of TotalEnergies leading Groupama-FDJ rider David Gaudu over the penultimate summit of this year’s race, the Col du Tourmalet – but it was the GC group that came to the fore on the final climb as Pogacar took another huge step towards retaining his title.