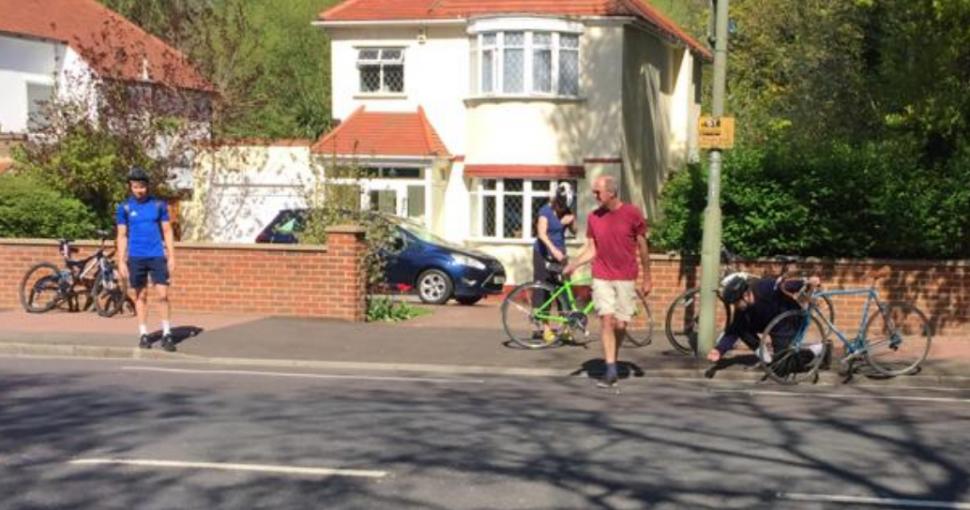 Tacks were strewn on a popular cycling route in south east London today causing a number of cyclists to puncture in what appears to have been a deliberate attempt to target people riding bikes, road.cc has learnt.

Emergency legislation aimed at containing the spread of the coronavirus virus allows people to undertake outdoor exercise, including cycling, provided they do so alone or with household members.

We've reported previously about unofficial signs being erect in rural areas seeking to discourage people from riding through villages.

This is the first time, however, that we have seen an apparent attempt to disrupt people riding bikes by causing them to puncture.

Claire, who supplied the above picture, took ir when she was out cycling in Beckenham, south east London, today and said that she intends to report the incident to the Metropolitan Police.

She told road.cc: “My boyfriend and I were cycling north along South Eden Park Road (A214) in Beckenham this afternoon, and passed half a dozen cyclists on the pavement, mending punctures, mostly on the southbound side of the road.

“Just before we got to the roundabout (where the road meets Monks Orchard Road), we saw four cyclists picking up drawing pins (photo attached), who told us someone had scattered tacks across the road

“It must have happened a few minutes before we got there at 14.43. That road is used by lots of cyclists as it’s the quickest route out of the city from South-East London.

“Obviously, it’s dangerous – and scary – as it could have caused a cyclist to have a serious accident at a time when the emergency services are stretched.”

She added: “I’m planning to report it to the Met via their ‘report a road traffic incident’ form.”